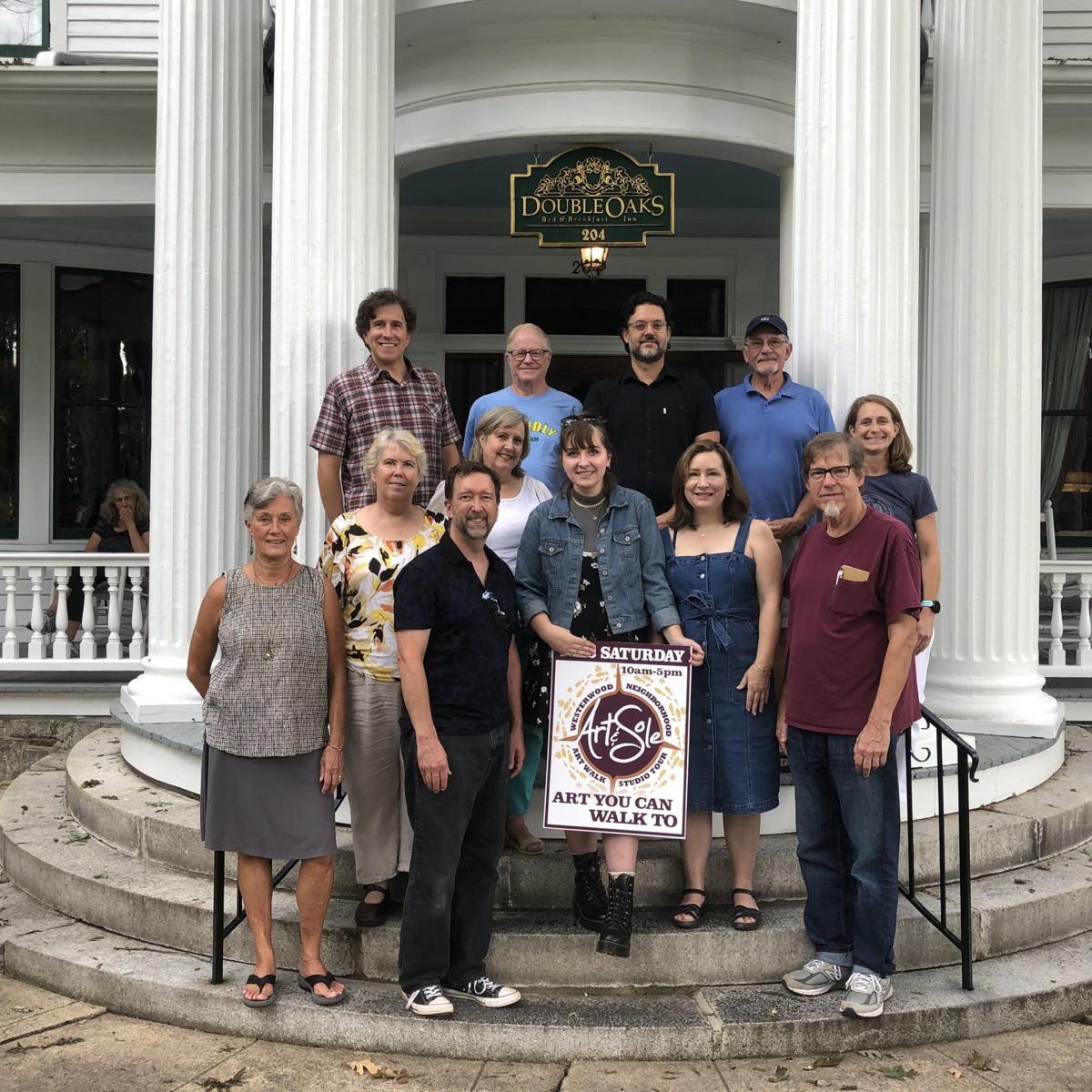 Some of the artists who will participate in the 10th annual Westerwood Art & Sole. 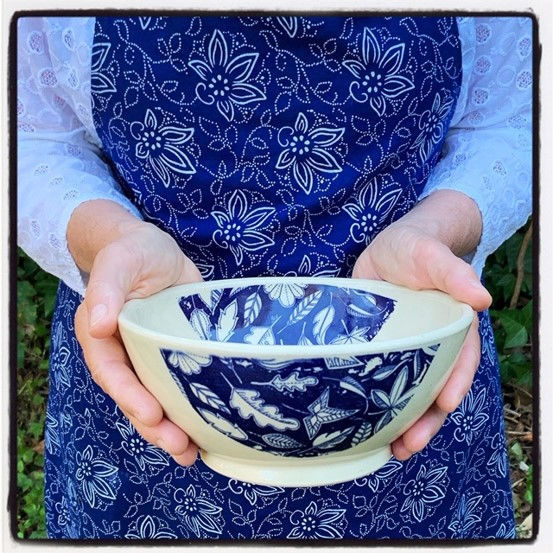 Potter Ann Lynch will participate in the 10th annual Art & Sole festival in the Westerwood neighborhood of Greensboro. 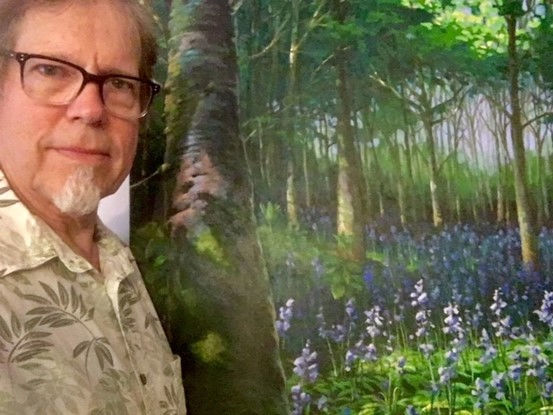 Artist Don Morgan will participate in the 10th annual Art & Sole festival in the Westerwood neighborhood of Greensboro.

Some of the artists who will participate in the 10th annual Westerwood Art & Sole.

Potter Ann Lynch will participate in the 10th annual Art & Sole festival in the Westerwood neighborhood of Greensboro.

Artist Don Morgan will participate in the 10th annual Art & Sole festival in the Westerwood neighborhood of Greensboro.

For most folks, viewing and acquiring art takes a trip to a gallery a museum or a festival. But for one day each year, a Greensboro neighborhood allows the public to visit artist’s homes to view and take home their creations.

Since its establishment in the early 1920s, the Westerwood community has been a special place, a neighborhood collective of artists and artisans nestled in a swath of greenway wound around Lake Daniel Park.

In 2004, Art & Sole founder Ann Lynch had just moved to the neighborhood, taking a job as the director of development at what was then called the United Arts Council. As she met her new neighbors, she discovered that a lot of them were art supporters.

“I thought, we’re close to downtown, we’re in a historic neighborhood, and within a small area, there are all kinds of visual artists and musicians, and I started to have this idea percolate in my head that it would be a great neighborhood for a walking art tour,” Lynch says.

But the Arts Council job occupied most of her time, so she put the idea aside until she stopped working in 2008. The following year, she put out a call to people in the neighborhood to see what interest there was in having an art show that people could walk from studio to studio.

“That first year, I think we had maybe 20 artists, and we had a lot of musicians that year, in fact one of them was Rhiannon Giddens, who was living in the neighborhood at that time, and Laurelyn Dossett. There were lots of people who teach art and also make their own art who live here, so it was a very rich and wonderful experience,” Lynch says of that first festival 10 years ago.

The name came from the couples’ love of strolling.

“The word ‘sole’ — my husband and I hike a lot, and we were walking that spring of ’09 before the event, thinking, ‘What should we call this?’ We’d asked some people for ideas, and nothing seemed to fit. So he said, ‘Call it art and sole, because people walk to it.’”

This year’s festival will feature more than 20 artists and artisans including painters, woodworkers, potters, sculptors, and photographers exhibiting their works in their homes.

Don Morgan has been onboard since the tour’s inception. Morgan is a painter in every sense of the word, creating artwork on canvas as well as in homes and businesses through his Artworks Decorative Painting enterprise.

“It’s an artsy neighborhood, so they contacted me as well as a bunch of other people, and I did it right away,” says Morgan, a 21-year neighborhood resident. “It’s really cool, because it’s both a chance to see artwork and to go into all the houses in Westerwood. I think this house was built in 1921.”

“I’m a painter. I’ve been painting landscapes. I’ve painted every kind of thing through the years, but right now, I’m painting trees,” Morgan says. “So I’ve got a lot of that, and some figurative art. It’s all painting on canvas. And I love to do quick drawings, doodles, and I’ll have reproductions of those for sale as well.”

Morgan is a big fan of Lynch’s work. “Ann has incredible pottery. It looks like a plate, a quarter of the plate broke off, so it looks like she glued on another plate on it that has flowers on it whereas the rest of it is terracotta, so it looks like it’s a collage of different pieces of pottery, but it’s not. It’s a decal.”

Lynch appreciates the praise. “He says my pottery just blows his mind,” she says, but offers one gentle correction to Morgan’s enthusiastic description. “They’re called transfers — probably a better word than decals,” she says chuckling. “I put transfer designs onto the clay, and that’s how it happens. But Don’s not the only one who thinks it looks like a blue and white piece of China that’s put into my pottery.”

Lynch learned the technique when she studied in 2011 in China, where porcelain was first created.

“I went on a semester visit there with the University of West Virginia, at the Jingdezhen Ceramics Institute, and thought I could do something with this. I wanted to use North Carolina clay, so I came back to North Carolina and figured out a process.”But Lynch says that what Morgan thinks of how the process is done is not quite the way it works.

“That’s not what happens,” she says of the broken pottery insertion theory. “What he describes is what other people think. If you did it that way, you’d probably have a mess of melted clay on the bottom of your kiln,” she says, laughing. “It would not work.”

In addition to the artwork, live music is planned, billed as Music on the Hour.

“It just adds to the atmosphere,” Lynch says of the musical element. “You’re wandering the streets, its a small, tight community, so it’s a very easily walkable tour. You can park anywhere, it doesn’t cost anything, and it’s fun for families. Having musicians participate just emphasizes the creative richness of Westerwood. It’s pretty remarkable.”

Where: Sometimes called Lake Daniel neighborhood, the area is west of downtown between Benjamin Parkway to the north and Friendly Avenue to the south and between Hillside Drive to the east and Westover Terrance to the west.

Admission: Free, but art will be for sale

Etc: The event is tour will feature more than 12 of the neighborhood’s art studios, including paintings, woodworking, pottery, sculpture, fabrics and photography.

Live music will is scheduled by the hour at the Engebretson house at 405 N. Mendenhall St.

Grant Imahara, host of 'MythBusters,' has passed away

Washington Redskins will change its name and logo

Washington Redskins will change its name and logo