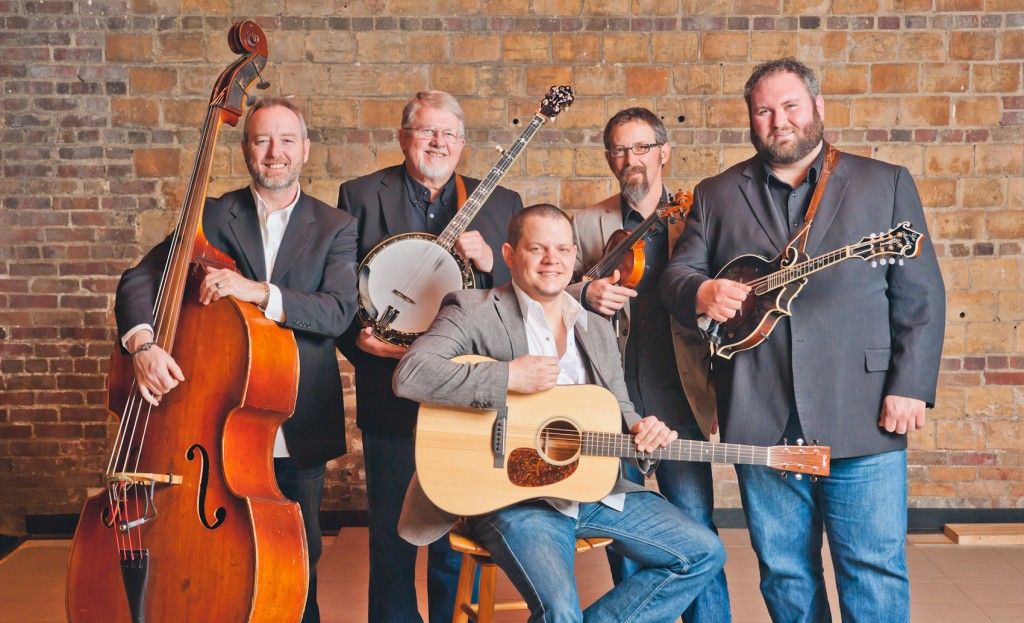 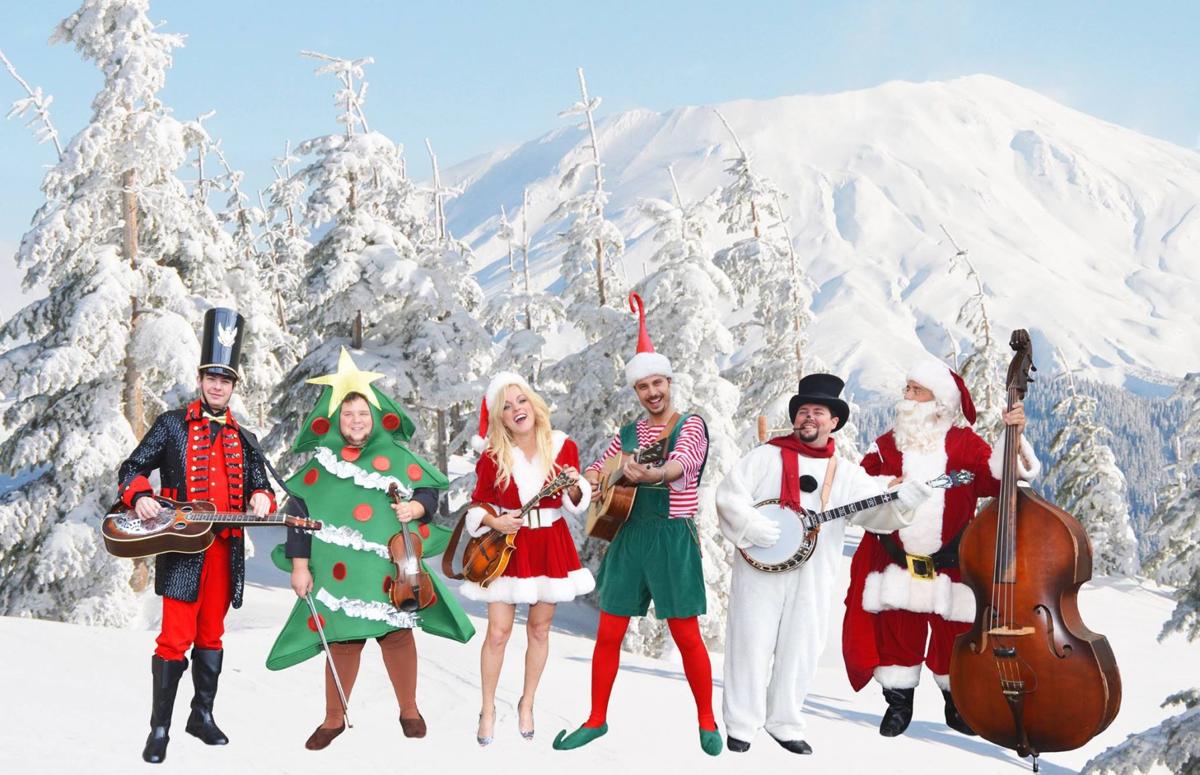 Bluegrass has been credited with some life-changing attributes, but contributing to climate change is a new one.

Down in Raleigh, thanks to some powerful concentrations of the genre, the former flatlands have been transformed into a high and lonesome landscape. The city already had one bluegrass-themed holiday present in September with IBMA’s World of Bluegrass, but now another major bluegrass celebration has been added to the calendar.

“A Bluegrass Kinda Christmas” will make its debut this year with headliners Rhonda Vincent and the Rage, and Doyle Lawson and Quicksilver. The three-day festival, to be held at the Hilton North Raleigh-Midtown Resort on Dec. 15-17, is planned to be an annual event, with a rotating cast of bluegrass royalty.

Promoter Cory Hemilright started his first bluegrass festival in 2011 near his Outer Banks hometown of Manns Harbor, at Roanoke Island Festival Park. His festival there has become so successful that Hemilright decided to see if he could throw in a Raleigh Christmas edition to scoop up fans the IBMA event had stirred up earlier. But first, he had to convince the performers.

“That’s the month they take off, but all of them were excited about it,” Hemilright said.

Vincent may have had the most enthusiasm, for this festival as well as his initial Outer Banks Bluegrass Island Festival she’s also headlined.

“Rhonda has been a huge asset for us,” the promoter said last week by phone from his Outer Banks home. “She’s always there to help. She wants the event to succeed.”

A lot of bands just seem to be there for the paycheck, he said, but Vincent takes it to another level.

“Rhonda actually sells the tickets. People love her; she’s personable; she’s the real deal — what you see onstage is what you get.” Hemilright said. “And she takes the time after every single show to meet and greet every attendee. It doesn’t matter if it takes her two or three hours, she will stay there until everybody who wants to can meet her.”

To sweeten the pot, Hemilright picks a host band to play every day of the festival. Western North Carolina’s Balsam Range is this year’s host, a pick the promoter said was an easy choice for him.

“That’s my favorite band,” he said. “You don’t have to be a bluegrass fan to like Balsam Range. If you don’t like bluegrass music at all, I still think you’d enjoy their show.”

That’s probably not news to anybody who witnessed the band’s vibrant, eclectic sets at this year’s National Folk Festival in Greensboro. The band attracted —and held —the interest of audiences of all ages and tastes.

“I think they’re a good fit,” Hemilright said. “I’m always trying to introduce people to bluegrass, so its always nice to have a band that steps outside the boundaries of traditional bluegrass, and Balsam Range does a good job of that.”

Stepping over boundaries seems to be a part of Balsam Ranges’s DNA.

“Just because you’re musician doesn’t mean you’re a good songwriter,” said the Range’s mandolinist Darren Nicholson on the band’s penchant for outsourcing songs. “So we don’t approach it with the ego of ‘ I’m only going to do my songs.’ The band’s success has been built around good material. And we don’t necessarily record (just) our songs. We go for the best ones, call on friends from time to time that are great songwriters. We’re just fans of songwriting.”

The band members are also fans of close family vocal harmony, done as only a group that has hung together in close quarters for a spell can produce.

“It’s been the same five guys for 10 years this January,” Nicholson said. “It’s like breaking in a pair of shoes. We’re just now really hitting our stride and getting comfortable with each other.”

But it does jell, as warm-sounding in the studio as it is live.

“When we’re in the studio, we’re in the same room. We’re isolated to get sound quality, but it kind of goes down live ’cause we’re all looking at each other,” he said. “We want it to have that warm feel.”

To warm things up at the festival and attract a wider audience, Hemilright has been mixing genres.

“It is a bluegrass festival, but we always throw in a couple of country artists. We’ve had John Michael Montgomery, Lorrie Morgan, Pam Tillis. We have a little bit of a mix, but its all acoustic.”

Hemilright has booked the entire hotel for the event. Main acts will be in the main ballroom and about 50 arts and crafts vendors will be in another ballroom. Tomorrow’s Bluegrass Stars will be performing in a smaller meeting room all day, each day, and the festival has a dozen larger rooms reserved for jamming 24/7.

If the layout sounds like a smaller version based on the IBMA’s World Of Bluegrass template, that’s OK with Hemilright.

“That’s exactly right,” he said. “That’s pretty much what this is, without the awards. And, it’s all indoors.”

What: "A Bluegrass Kinda Christmas"

A new dining and entertainment venue opens and a Latin-fusion concept is coming to a popular bistro location.

A new restaurant is opening in the old Southern Lights Bistro which closed this summer.

South Elm Street, from Market Street to Lewis Street, in downtown Greensboro will be closed to traffic from 4-11 p.m. Saturdays through Oct. 3. Restaurants and retail businesses can operate in the public right-of-way while providing space for pedestrians to maintain social distancing.

No 'Wizard' this year, but lots of themed activities

Because of the COVID-19 pandemic, Community Theatre of Greensboro will not stage its popular annual production of "The Wizard of Oz" this November. But "Wizard" fans still can enjoy CTG's full slate of Oz-themed events that start this month.

Greensboro brewery closing for good amid the pandemic

Inspired by classic board game design, like Twister and Shoots and Ladders, park visitors will be able to move through and interact with the mural in a series of playful interpretations.

Before he was a jazz maven, Scott Sawyer was corrupted by the down-and-dirty blues denizens of Tate Street when he was still in high school.

South Elm Street, from Market Street to Lewis Street, in downtown Greensboro will be closed to traffic from 4-11 p.m. Saturdays through Oct. 3. Restaurants and retail businesses can operate in the public right-of-way while providing space for pedestrians to maintain social distancing.

ACM Awards 2020: Check out the list of winners and scenes from the show

Entertainer of the year, the top ACM prize, was presented last and produced a surprise. Here's the full list of winners as well as photos from the night's festivities.

Greensboro native and Grammy Award-winning musician Rhiannon Giddens will be part of Monday's virtual gala and peace summit to celebrate the UN International Day of Peace and the launch of the U.N. Sustainable Development Goals Decade of Action.