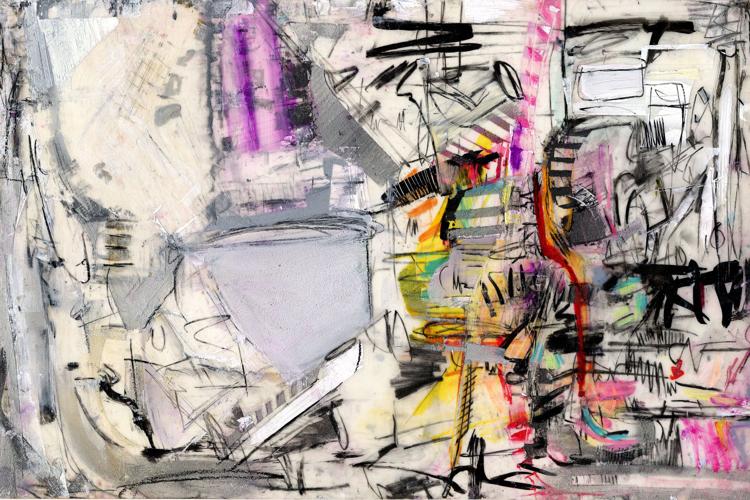 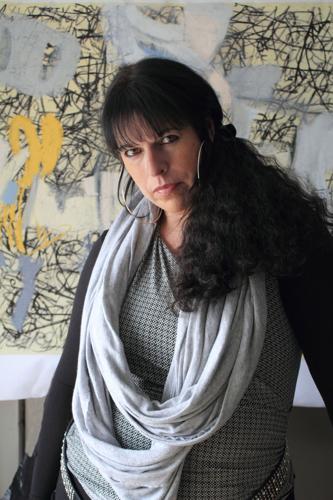 Abstract expressionist Mariyah Sultan has shown her paintings in Miami, Key West and her Native New York. Now, some of her work is on display at High Point University's Sechrest Art Gallery in High Point. 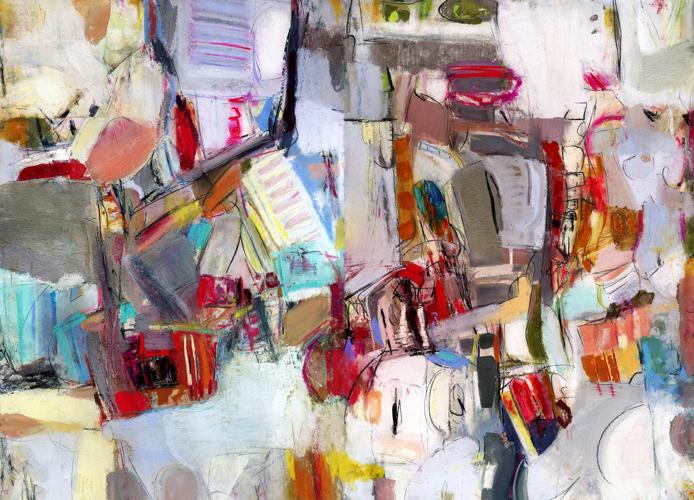 "A Fine Romance" by Mariyah Sultan. Sultan's work is on display at High Point University. 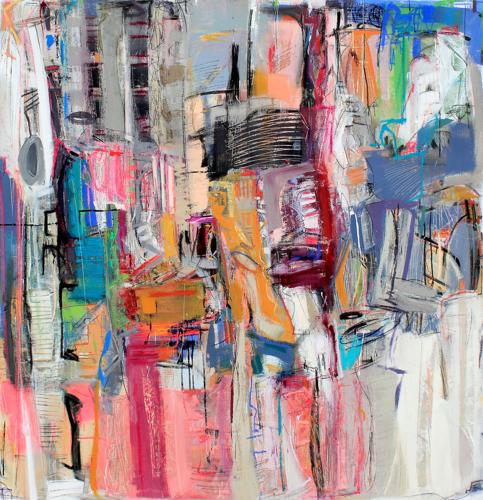 "Overflow" by Mariyah Sultan. Sultan's work is on display at High Point University. 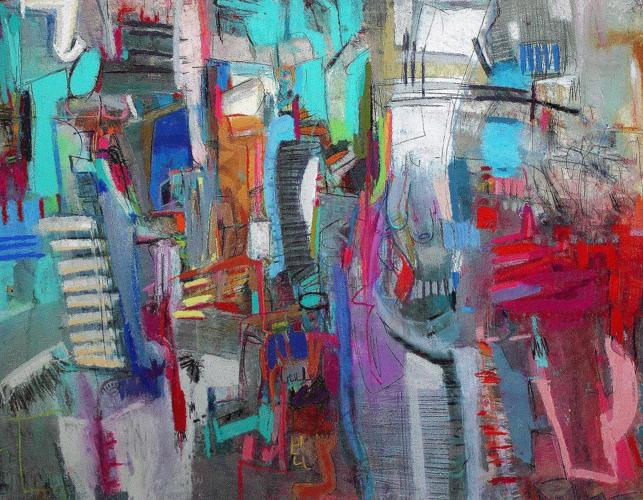 Abstract expressionist Mariyah Sultan shows her paintings in Miami, Key West, Fla., and her native New York. Now, some of her work from about the past three years is showing in High Point, where she opened a studio and made a second home.

The public may attend the opening reception from 4 to 6 p.m. Friday to view the paintings, enjoy live music, eat hors d’oeuvres and hear Sultan speak at 5 p.m.

“I’m very honored to be in this space because it’s such a beautiful environment to show the work,” she said, lauding the skylight and the fact that you can see the first-floor art from the second floor, and vice versa.

“I’m very glad to be there. I just feel it’s very supportive to an artist to be in that environment and to show the work, particularly in a university setting where you get to discuss all of the things that you’re going through — the root of the art.”

“It’s been a mixed response,” said Maxine Campbell, the gallery’s curator for the past eight years. “Some of our audience doesn’t get into abstract. To others, it seems cutting edge, and it seems to have good color palette.”

Campbell said she saw a couple of Sultan’s paintings in a retail shop in High Point about a year ago and decided to seek more of her work.

“I particularly liked her color palette,” she said. “I thought that she handled abstraction well. I was intrigued by what she was doing.”

Sultan, 55, said because art is so subjective and people view things through the lenses of their own experiences, she doesn’t know how others will respond to her work. Her job is just to express her truth through paint, graphite, crayons and pastels, she said.

“I always marvel at what they say, ‘Oh, there’s this,’ and ‘There’s that’ and ‘This reminds me of whatever’ — all the different things that they say.” Sultan said. “And I laugh and go, ‘That’s interesting,’ because it’s a surprise. You bring your own response.”

Sultan, a mother of two, splits her time between New York and North Carolina. She mainly goes to New York to visit with family, study with a master painter who mentors her and stay relevant in the art “mecca,” she said.

And she picks up freelance work in network television production when necessary.

“My nonfood waitress job is freelancing in television,” Sultan said.

Sultan said her earliest connection with art was her grandfather Andrew Carnase.

He was a prolific sign painter from the 1930s to the 1950s who would paint the sides of buildings in the Times Square area, she said.

“My grandfather was a photo representational painter, but what I was fascinated by was not his work as much as his table,” she said. “It was all the slashes of paint that were on his table. So it just set it up for me to do the kind of work I do.”

“So my first real sense of abstractionism were the over-painted walls in this tenement,” Sultan said. “And it shows up now because everything for me is like writing on a wall.”

Many have interpreted her colorful, large-scale paintings as urban landscapes, she said.

Ladders often appear in her art, Sultan said. They represent ways of escape. She said there’s so much despair in the world, and the counterpoint to that is the arts.

“If you go back to where I grew up in this tenement, it was the statement of antipoverty, the antisocial ills. All of the things that you go through as a woman in a poverty situation, my response to it is what I’m painting. And my response is: ‘Life is good.’ ”

What: Reception with Mariyah Sultan

Kathy Hilton has declared her daughter Paris Hilton is going to be an "amazing" mother. Plus, Amy Robach and T.J Holmes are reportedly set to leave GMA 3, and more recent celeb news.

"The passing of our kind, hilarious mother, Cindy Williams, has brought us insurmountable sadness that could never truly be expressed," a statement by her children said.

The decision follows federal convictions in two different courts that ensure the disgraced R&B star will be locked up for decades.

Actor Annie Wersching, best known for playing FBI agent Renee Walker in the series "24" and providing the voice for Tess in the video game "The Last of Us," has died. She was 45.

Lisa Loring, best known as the first actress to play Wednesday Addams in the original "The Addams Family" sitcom, has died at the age of 64.

A Santa Fe district attorney has formally filed involuntary manslaughter charges against actor Alec Baldwin in the fatal shooting of a cinematographer on the set of the Western movie “Rust.”

Gina Rodriguez digs into obituaries in new comedy, 'Not Dead Yet'

When David Windsor and Casey Johnson were looking for story ideas, they discovered they both loved reading obituaries.

The most popular songs that never won a Grammy

These tracks may not have won any Grammys, but they were all wildly successful with listeners.

Today would have been Betty White's 101st birthday. Remembering the legendary actress.

Here's a look back at the life and career of Betty White on what would have been her 101st birthday.

Abstract expressionist Mariyah Sultan has shown her paintings in Miami, Key West and her Native New York. Now, some of her work is on display at High Point University's Sechrest Art Gallery in High Point.

"A Fine Romance" by Mariyah Sultan. Sultan's work is on display at High Point University.

"Overflow" by Mariyah Sultan. Sultan's work is on display at High Point University.