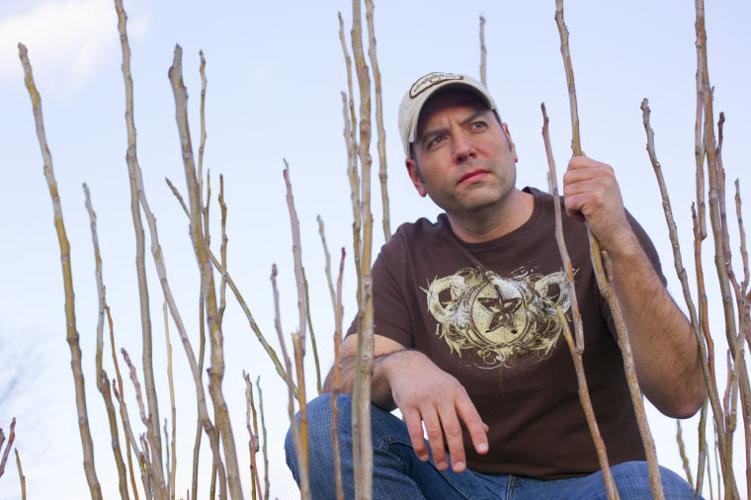 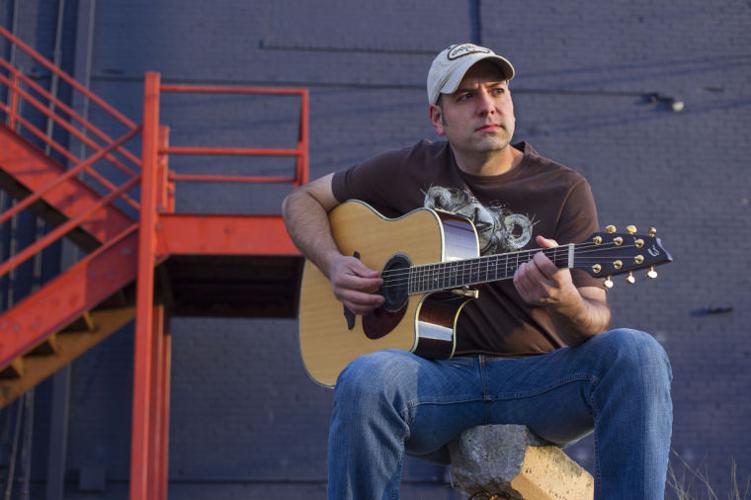 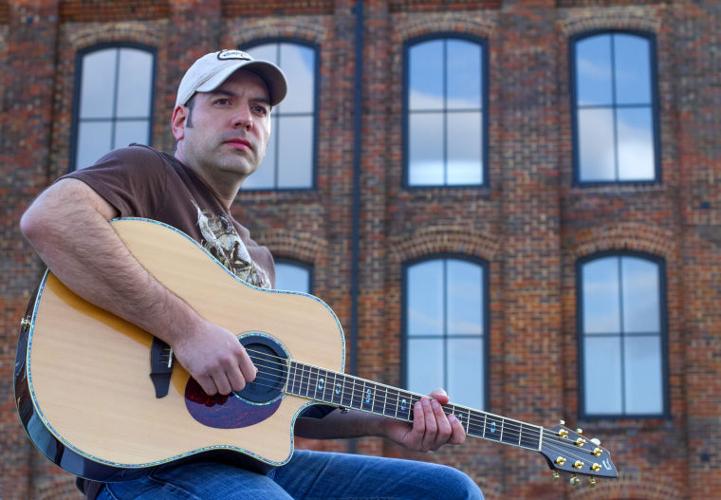 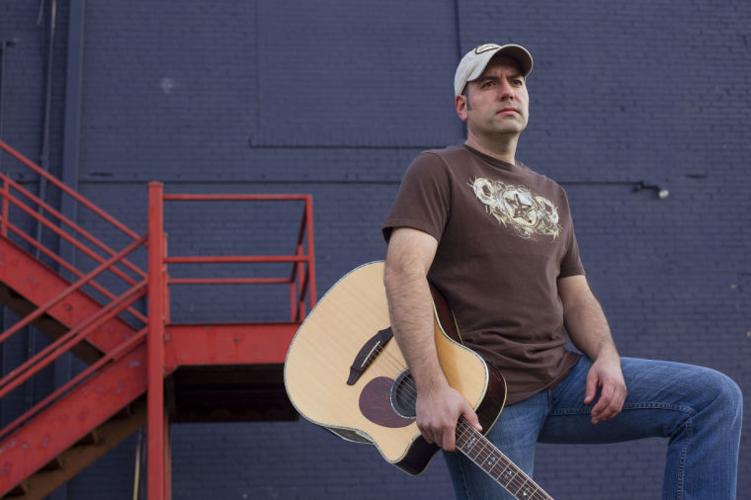 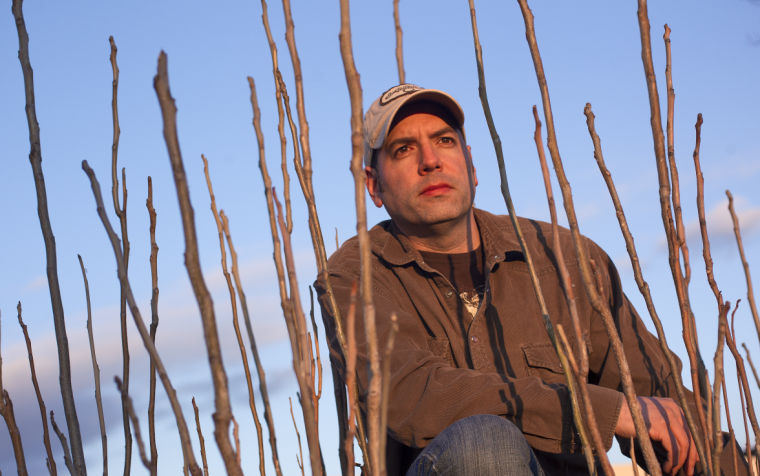 Country singer Michael Cosner cut four songs at The County Q Studios in â¨Nashville and now has a musical resume that Byron Hill is shopping around. 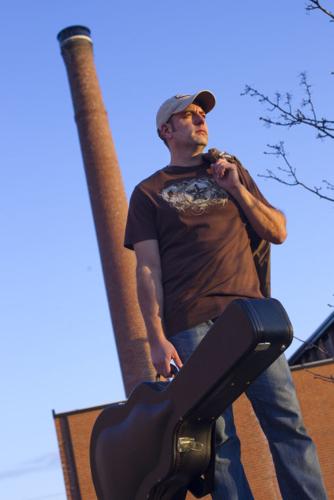 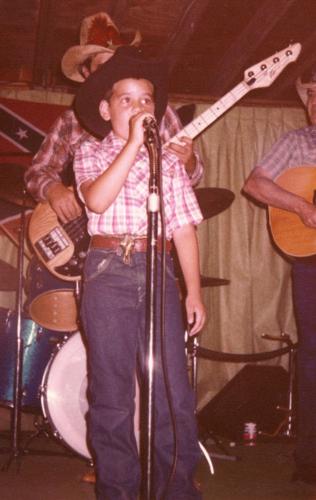 "I’ll never forget it. They had entertainment every Friday and Saturday night, and we were there Saturday night, and it was time to get Mike onstage. Well, he was out on the playground on the swings, and I ran and got him myself. He was all sweaty, and I had to clean him up. But he sang his little heart out, and everybody went wild. And as soon as he finished, he went right back to the playground." — Wilma Cosner, Michael’s mom 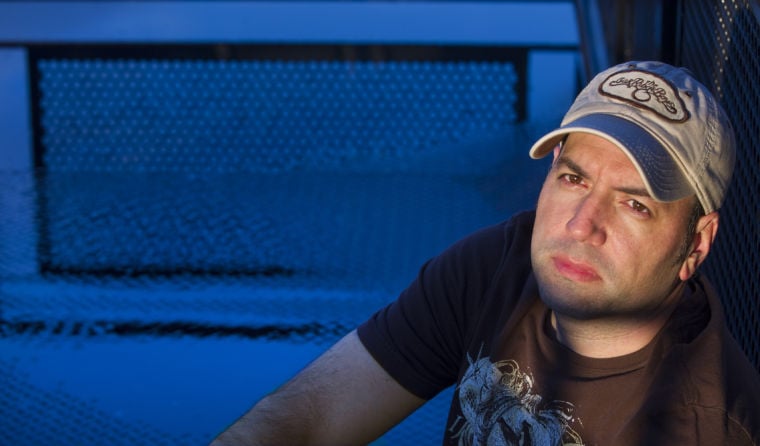 Riding in the back seat of his parents’ black Thunderbird through Maggie Valley, Michael Cosner started harmonizing to a song on a Ricky Skaggs cassette.

That’s how it started. Michael got a guitar from his dad, loved old-school country and sang with the Honky Tonk Goodtime Band every chance he got, even if it meant dashing from the swings and singing onstage at a family campground in Mocksville.

Honky Tonk was his dad’s band. That was long ago.

Cosner is grown now. He has graduated from college, gotten married, become a dad, weathered a divorce and reached an age when mundane responsibilities seem to outweigh any lofty dreams.

Cosner still remembers something his drama teacher at Trinity High told him as a challenge.

“If you’ve not had any success in music by 30, you’ll just have to give it up,’’ she told him back then.

Cosner is now 37, a technical specialist for a local company that manufactures parts for RVs and boats.

Yet he never lost that love for the stage. He loves to write songs. And he loves to sing.

And his voice. That voice. It’s a Sunday morning baritone, with a slight North Carolina twang that’s as distinctive as Lexington-style barbecue.

That’s what one veteran Nashville producer thinks. He says he believes Cosner can make it. He has worked with Cosner and continues working with him, thanks in part to a boost from the United Arts Council of Greater Greensboro.

It’s all got Cosner thinking about his big dream.

When Cosner remembers it, he breaks down.

It was April 2011. He had just come home from work to find his wife moving out. They met at a karaoke bar in High Point, got married and had a daughter named Kayleigh.

But after 13 years of marriage, their spark was gone. Cosner knew it, especially that day.

“Here I am, watching my wife move out, watching her take her stuff to her car,’’ he says in a halting voice, tight with emotion. “And it is one of the worst things ever. Then I go get the mail, and I find this package, and I had a good feeling about it, and I just broke down.

“It was crazy, going through these extreme emotions, all in the same day, from the worst day ever to the best day ever.’’

He had applied for a regional arts grant provided by six local arts councils, including three from his backyard — High Point, Randolph and Greensboro. And there it was, in his mailbox, their response.

He opened the package and saw the first sentences of the five-paragraph letter.

On behalf of the Central Piedmont Regional Artists Hub Program, I am pleased to inform you that …

Cosner had won a $2,000 grant to record with Byron Hill, the Winston-Salem native and veteran Nashville producer who has had nine No. 1 songs in Canada and the U.S. and has worked with everyone from George Jones to Alabama.

Now, he was going to work with Michael Cosner, Waymon and Wilma’s talented son.

“I don’t believe in coincidences,’’ he says. “I believe God put that in motion.’’

It had been tough.

In 1997, right after graduating from UNCG with a marketing degree, Cosner turned down a chance to sing at Carowinds to accept a job with the country band Native Son.

He got recruited by one of his dad’s musician friends. They performed on the weekends and covered Virginia and North Carolina, singing in bars and opening for the likes of Sawyer Brown and Shenandoah.

The six-member band always carpooled. Cosner joined a truck driver, a golf pro and other weekend warrior musicians. They played Friday and Saturday nights, and Michael made it home on Sunday, right before daybreak, and slept the day away.

Then his work week started. That schedule burned him out.

After nearly three years on the road, he quit. Two years after that, he sold his $600 Martin guitar and gave up music.

But he missed it.

He bought a cheap Ibanez guitar and wrote songs and played in his bedroom.

Then Cosner saw an ad in a local magazine, advertising for the services of a bassist for a local band. Cosner applied, and he met Mike Kenny.

“I had this vision of doing some alt-country, and I started singing in practice,’’ Kenny says. “But when Michael started singing, I thought, ‘Crap, I’m not going to be the front man anymore.’ ’’

Kenny found a partner in Michael Cosner. They began writing together, talking every other day. Then Kenny found out that the nephew of Nashville producer Byron Hill worked at a local bank.

So, Kenny being Kenny — “I eat and sleep networking,’’ he says — he walked in and gave the nephew a tape of songs to give to his uncle.

“This is a cut above from what I get every day,’’ Hill told him.

Thus started the relationship with Hill and Kenny.

Since 2004, Cosner and Kenny have been working with Hill. From that relationship developed a friendship, and all three have gotten to know one another.

But the $2,000 regional arts grant really got everything going. Michael raised an additional $2,500 by working on the weekends, beyond his full-time job installing decorative finishes on concrete floors.

A year later, he got the money he needed. And by spring 2012, Cosner was ready for County Q.

The Nashville studio is famous, a place where Randy Travis and Rascal Flatts have recorded. And Cosner had the $4,500 he needed to secure two days of studio time with Hill behind the board.

Cosner took his daughter with him. As they sat in County Q Studios, they were surrounded by musicians Cosner knew from reading album liner notes. Kayleigh was full of questions.

“Well, kinda,’’ her dad would respond. “A lot of people know who he is. But he’s not Justin Bieber.’’

Cosner felt, as he says, like “a kid in a candy store.’’ He’d get in the booth, sing one of the tunes he wrote, and after a few takes, he’d hear one of the musicians he has known for years only by name compliment his work.

Cosner got four songs cut, and he now has a musical resume that Hill is shopping around.

Meanwhile, he has a relationship with Hill, so much so that Hill will call Cosner and say, “Listen, I’m talking to Rhonda Vincent, do you have anything you can send her?’’

The whole time, Cosner — the technical specialist for a boat and RV company — is thinking, “Are you serious?’’

“There is something about his tone that I know it’s him when I hear him,’’ Hill says from Nashville. “You don’t have to dig too far to find the nuances, and you know, I hear a lot of North Carolina in his voice. It’s the way he pronounces things. He doesn’t sound like he is a Texas guy. He sounds like a Carolina boy.

“And he hasn’t been groomed to be, like, one of the future Taylor Swifts of the world. A lot of young kids coming into the market, a lot of them have been groomed. But Mike has lived it, you know what I’m saying?

“Mike has lived this dream his whole life.’’

Next week, he’ll perform for a private party at the ACC Men’s Tournament at the Greensboro Coliseum. Meanwhile, he and Kenny, his songwriter partner, are securing gigs across North Carolina.

But where does he want to take it?

He spelled that out on the musical resume he gave to the coordinators of the regional arts grant. For his career goals, Cosner wrote in bullet points:

To secure a recording contract.

To have songs chart in the U.S.

To have other artists record songs I have written.

To be able to make a living writing, playing and recording music.

Last week, he got some good news. He was signed by BHP Recordings, an independent label in Nashville, a move that could help distribute his recording “Stay Country’’ and turn it from a digital download into a CD in stores

“You know, I never thought I’d have a broken home. But this is something they can be proud of, and I want to have some sort of success for my dad’s sake. I think he’d be proud of that. It’s his passion, too.’’

Waymon Cosner had a chance to go on the road with country music singer Barbara Fairchild and bluegrass fiddle player Bobby Hicks. But he declined.

Instead, he stayed home and worked in a furniture factory cutting fabric.

“I would be proud of Mike if he was digging ditches,’’ says Waymon, 63. “Mike is a good, hard-working guy, and he loves his daughter. He’s a good man, you know? He deserves something like this.’’

It was something his Aunt Velda, his dad’s older sister, always encouraged him to pursue. Fourteen years ago, Aunt Velda was lying in a hospital bed in High Point. She later died of complications caused by diabetes. She was 55. Right before she died, Cosner visited her at the hospital.

“‘Don’t ever give up on your music,’’ she told him

The longest-running Billboard No. 1 singles from the 1960s

Here's a look at the songs that spent the most weeks at the top of the charts between 1960-1969, according to the Billboard Hot 100 archives.

The singer and songwriter was convicted of racketeering and sex trafficking last year at a trial that gave voice to accusers who had once wondered if their stories were ignored because they were Black women.

Mary Mara, an actress known for roles on "ER" and "Ray Donavan," has died at age 61 after police believe she drowned in a New York river.

The Splash Mountain rides at Disneyland and Disney World will reopen in 2024 with a theme replacing a backstory viewed as perpetuating racist stereotypes.

Musicians on tour spend plenty of time on the road, traveling from venue to venue. And it’s Justin Ward’s job to ensure they get to their dest…

Steel Hands Brewing, a craft brewer based in Cayce, S.C., has opened a brewery in Greensboro.

The 2022-23 season will mark the final season for symphony Music Director Dmitry Sitkovetsky, who has served in his post since 2003. He announced his upcoming retirement in May.

Country singer Michael Cosner cut four songs at The County Q Studios in â¨Nashville and now has a musical resume that Byron Hill is shopping around.

"I’ll never forget it. They had entertainment every Friday and Saturday night, and we were there Saturday night, and it was time to get Mike onstage. Well, he was out on the playground on the swings, and I ran and got him myself. He was all sweaty, and I had to clean him up. But he sang his little heart out, and everybody went wild. And as soon as he finished, he went right back to the playground." — Wilma Cosner, Michael’s mom