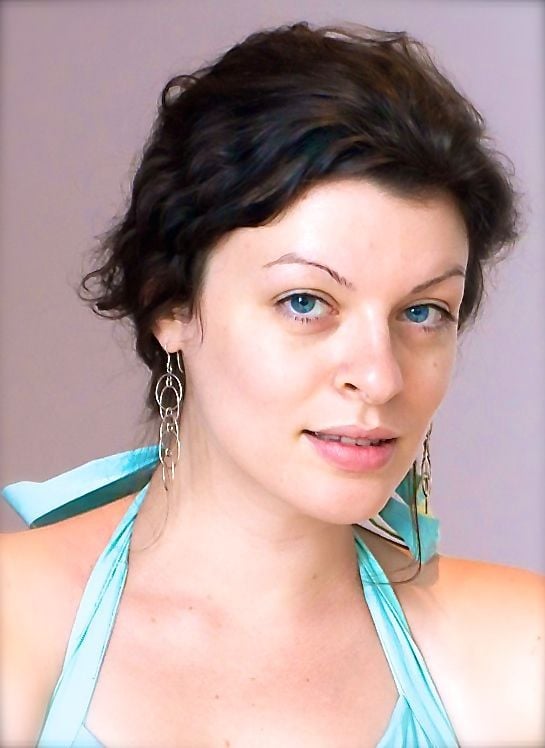 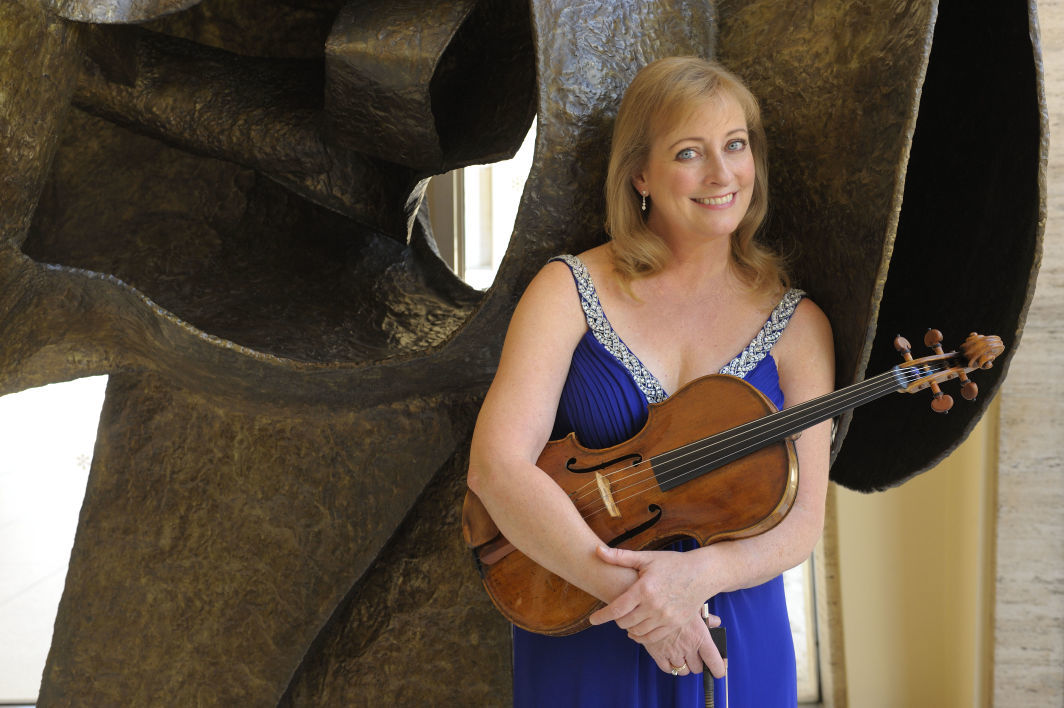 Cynthia Phelps is premiering a new viola concerto at EMF. “I wanted to be able to know what it’s like to have the whole orchestra texture behind me and to play it for a big audience,” she says. 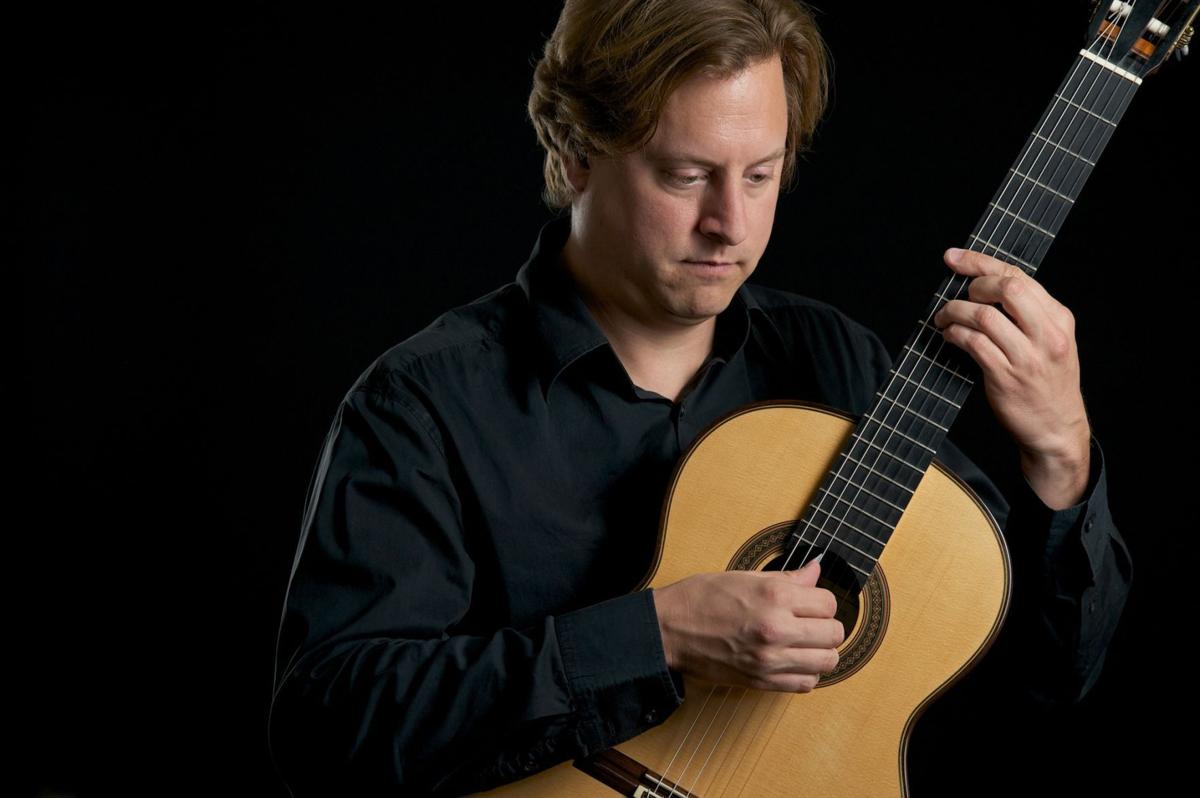 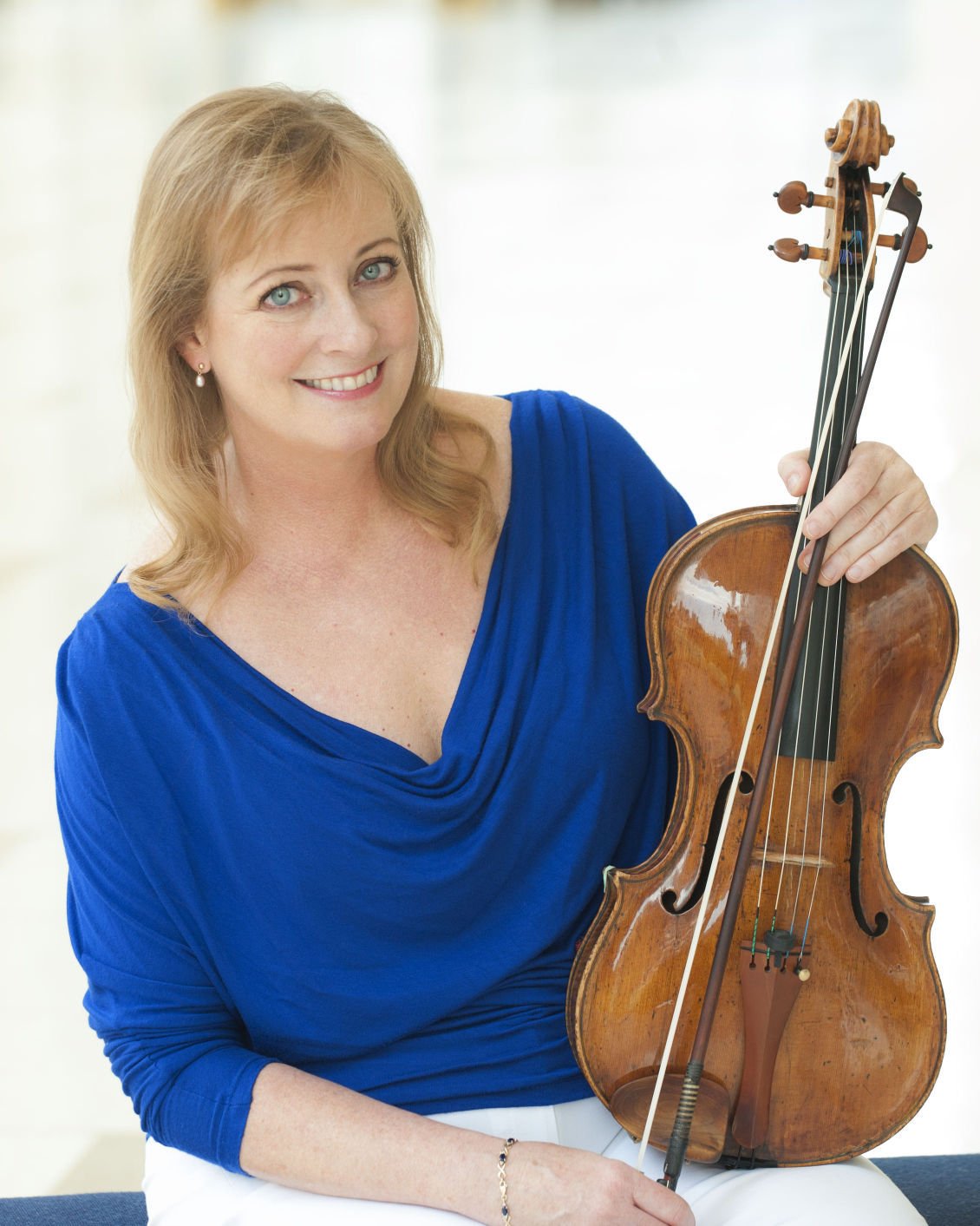 Phelps, the principal violist for the famed New York Philharmonic, planned to premiere a viola concerto with the orchestra that it had commissioned from rising star composer Julia Adolphe.

But Phelps wanted to play it with an orchestra before its New York premiere in November.

Would Schwarz, as music director of the Eastern Music Festival, be willing to have Phelps and EMF’s faculty orchestra play its world premiere here?

So on Saturday, Phelps and the Eastern Festival Orchestra will perform the piece at the summer festival at Guilford College.

“What’s unusual is that the New York Philharmonic allowed us to do the premiere,” Schwarz said.

That excites Phelps and Adolphe, who will make their first visit to EMF.

“Because it’s so new, I thought it would very helpful to be able to play it with an orchestra before I played it in New York, with The New York Times critics there,” Phelps said. “I wanted to be able to know what it’s like to have the whole orchestra texture behind me and to play it for a big audience.”

Adolphe arrived this week from Los Angeles. Hearing her viola concerto at EMF will give her the opportunity to make any needed orchestration changes before its New York premiere, she said.

“So often an orchestra will commission a composer, and you send the piece when it’s done and they perform it and that’s it,” Adolphe said before coming to Greensboro.

“To have two premieres so close together instead of just one is really incredible for the life of the piece and for me as a composer,” she added. “It allows me to get to know the piece and understand it in new ways.”

Adolphe’s Viola Concerto will be the first of two major new works to premiere at EMF this summer.

On July 23, the faculty orchestra will premiere “Can Spring Be Far Behind?” from renowned composer and conductor Andre Previn.

Previn’s work is the fourth composed through the Bonnie McElveen-Hunter Commissioning Project.

Now 28, Adolphe grew up in New York as the daughter of two visual artists and the niece of composer Bruce Adolphe.

She wrote her first musical at age 11, then learned guitar and piano, wrote folk music, and sang and played in a band.

She studied with Pulitzer Prize-winning composer Steven Stucky at Cornell University. Now, she holds a master’s degree in composition from the USC Thornton School of Music in California, and is studying for her doctorate there.

Her work caught the attention of the New York Philharmonic in 2014. She won the EarShot competition that led to the orchestra premiering her “Dark Sand, Sifting Light” as part of its biennial celebration.

Phelps, her manager and the New York Philharmonic had sought a composer to write a piece for Phelps. When she heard “Dark Sand, Sifting Light,” Phelps said, “I really liked it because it’s so full of color and imagination.”

The philharmonic and the League of American Orchestras commissioned Adolphe to write a viola concerto, with financial support from the Virginia Toulmin Foundation that increases opportunities for female composers.

To prepare to write for Phelps, “I listened to recordings of her playing and tried to capture what I think is so unique and beautiful about her sound, and make that really shine in the concerto,” Adolphe said. “It’s about spotlighting her as an artist, too, and what makes her sound so compelling.”

In the first movement, “Captive Voices,” the viola battles the orchestra, “trying to assert her identity and find her musical voice,” Adolphe said. (By “she,” Adolphe means a combination of herself, Phelps and the viola.)

The second movement, “Surface Tension,” features “a playful yet somewhat menacing or competitive back-and-forth between the orchestra and viola,” Adolphe said. “But it’s more light-hearted and scherzo-like in its feel.”

“The orchestra becomes this haze or mist that the viola is moving through,” Adolphe said. “The piece is about the relationship between the viola and the orchestra evolving over the course of the work, and this uncertainty and overwhelming voices of the first movement and the dense texture thin out.

“For me, writing is about expressing how I feel,” she said. “I shape an emotional journey that the viola and hopefully the audience will take.”

But the piece is open to interpretation, she added. “I want the audience to bring whatever they want to it and experience it however they want.”

Phelps previewed the concerto’s first movement at a New York event honoring Adolphe, then the entire piece with piano in California. They rewrote a few parts.

Now they look forward to working with Schwarz and the EMF faculty orchestra.

After EMF, Phelps will perform the concerto in October with the USC Thornton Symphony.

“Sometimes, as much as you can imagine it in advance, you really need to experience it from start to finish with the full orchestra to understand what it is that you have created,” Adolphe said.

What: Master class with Cynthia Phelps

Admission: Free and open to the public to watch

Cynthia Phelps is premiering a new viola concerto at EMF. “I wanted to be able to know what it’s like to have the whole orchestra texture behind me and to play it for a big audience,” she says.