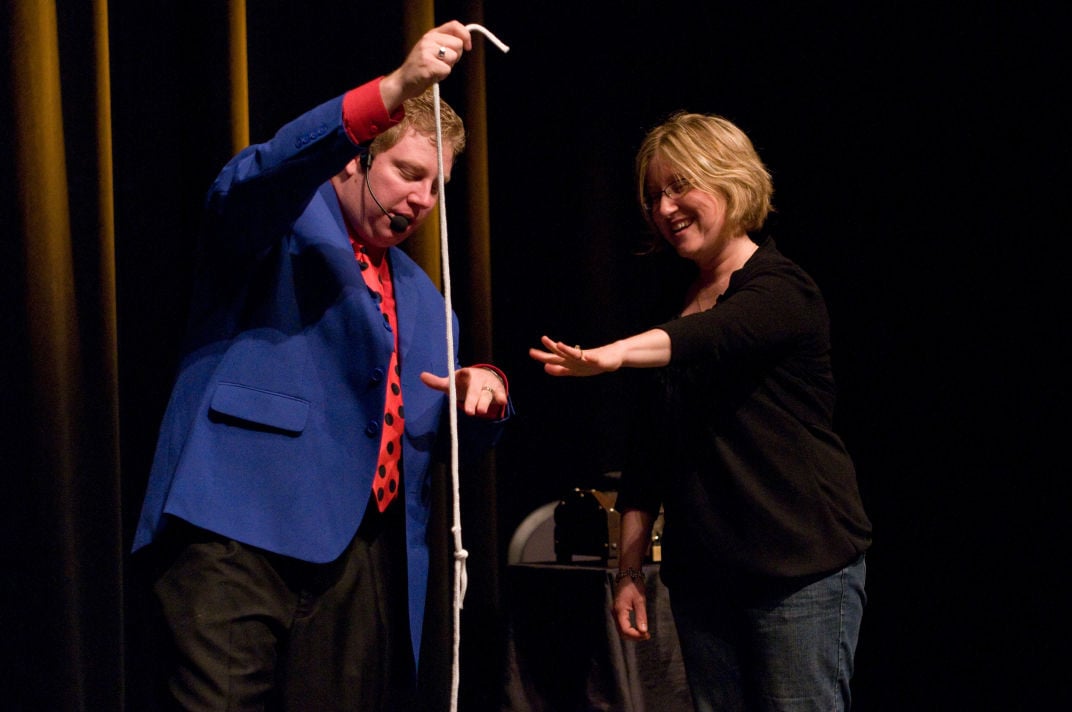 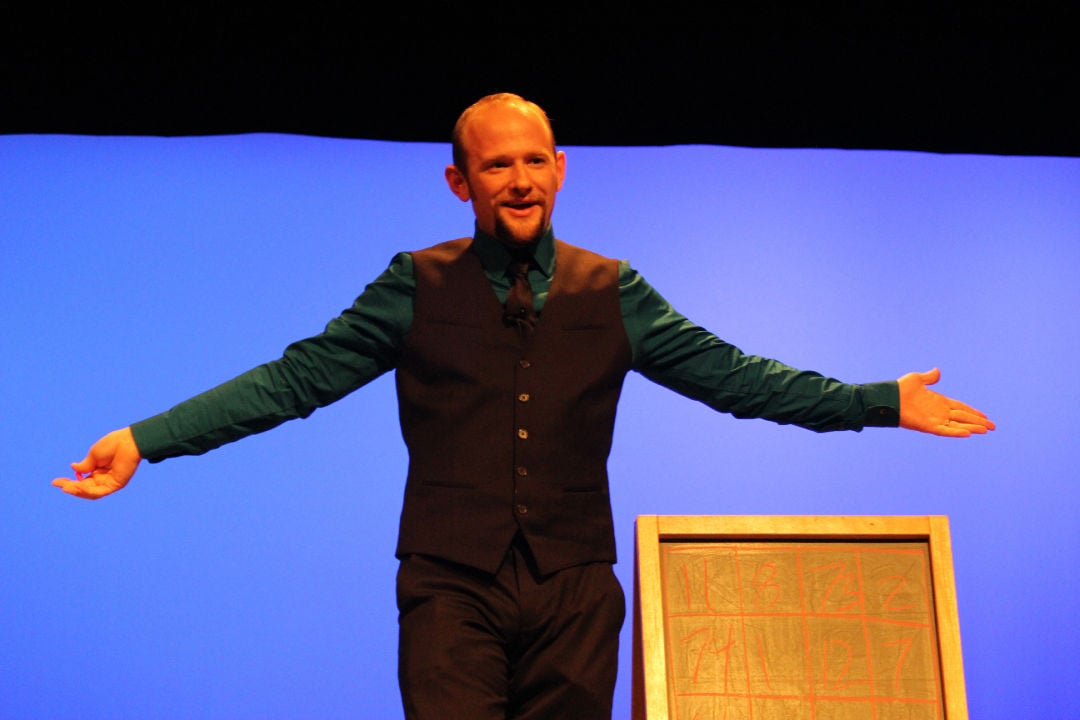 Chris Collins and Erik Dobell are convinced people will spend good money to get duped in all sorts of ways.

“We decided to see what would happen if a magician did a show with a mentalist,” says Dobell, the mentalist.

“The casting was easy,” says Collins, the magician.

“It’s a good thing we weren’t like, ‘I wonder what would happen if a bass guitar player for a metal band did a show with a mime from Brooklyn,’ ” Dobell says.

They call their new show “Impossibilities: Magic, Mindreading and Mayhem!” Their 16-date tour began Aug. 22 in Winston-Salem and includes two Triad stops in September: Friday night at the Community Theatre of Greensboro’s Starr Theatre and Sept. 20 at High Point Theater.

The two sat down recently at Collins’ High Point home to talk about the 90-minute show. The family-friendly event adds a heavy dose of comedy to the magic and mind-reading mix.

It’s not the first time Collins and Dobell have performed together. They became friends after meeting at a magic club in Greensboro a couple of years ago, and Collins opened for Dobell at Studio One in Burlington in 2013.

Their plans to do more shows together got sidetracked when Dobell traveled to Asia to spend time with his wife, who is working in South Korea. When he returned, he and Collins started making serious plans for the “Impossibilities” tour, crafting it for several weeks leading up to the debut last month.

“It’s a scripted, produced show,” Collins says. “It’s not, ‘Now, here’s Erik; now, here’s Chris.’ There’s a theme to the show. It starts with a piece and ends with a piece that ties the whole show together.”

Collins, a native of Norfolk, Va., whose family frequently moved around the country while he was growing up, realized he wanted to be a magician in third grade. Magician Norm Barnhardt did a show at his elementary school, and Collins interviewed him afterward for the school newsletter.

Since becoming a professional magician himself, Collins has performed in Las Vegas, on cruise ships and at corporate events, mixing illusions and sleight of hand with comedy.

Dobell grew up in upstate New York and lived in Ohio before moving to the Triad a few years ago. His funny, prop-heavy mind-reading act incorporates playing cards, bent eating utensils and plenty of audience participation.

Blending their acts “wasn’t as hard as we thought it would be,” Collins says. “Our styles are very similar. We’re both very animated, and we both have a very upbeat kind of presentation style.”

They’re reluctant to give away too much in advance about the “Impossibilities” show, but Dobell does single out Collins’s “world-famous bullet catch.”

“The catch is he does it with paintballs,” Dobell says.

What: “Impossibilities: Magic, Mindreading and Mayhem!”

Etc: VIP packages are $55 and include preferred seating, a meet-and-greet before the show, signed photos and a magic kit.

Cody Rigsby, who grew up in Greensboro, has become a popular instructor for Peloton. Now he'll compete on TV's "Dancing with the Stars."

Bridges said he was stuck in a hospital bed for five weeks with COVID-19 and was even "getting close to the Pearly Gates" at one point.