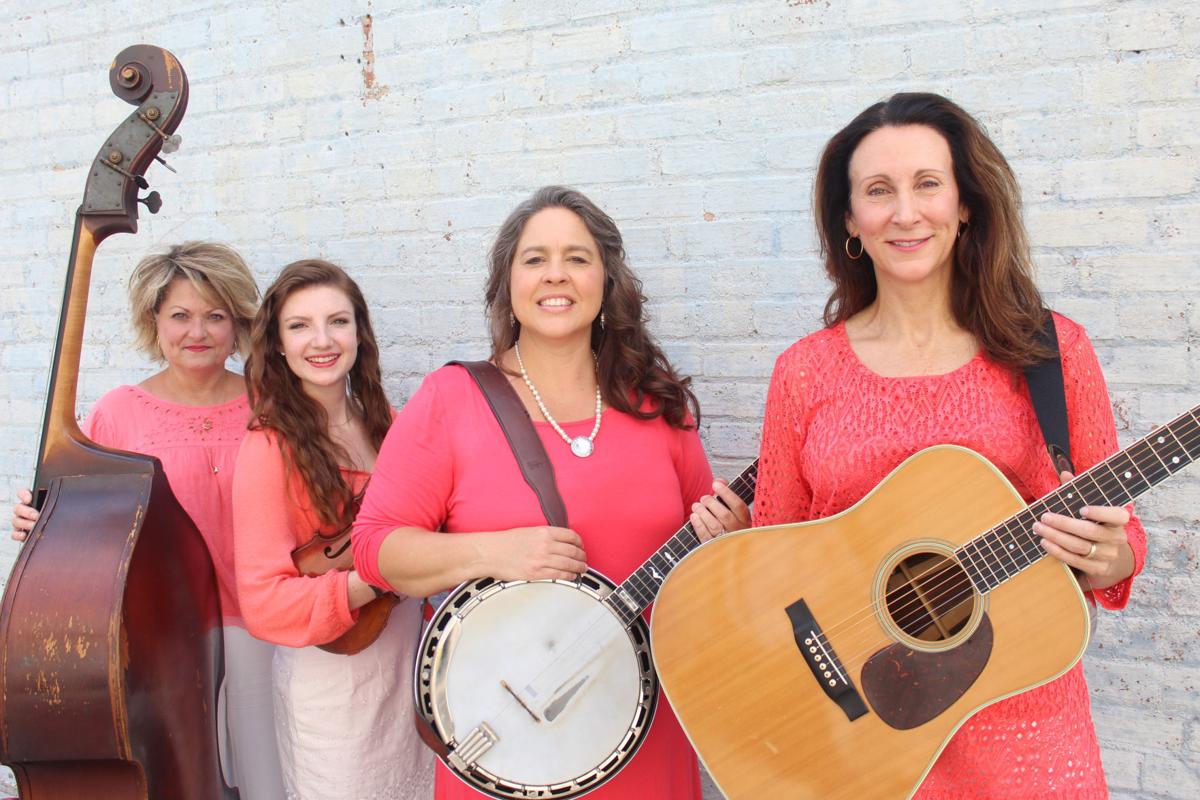 Bottom: On Sept. 22, Sweet Potato Pie will bring some bluegrass music to the series. 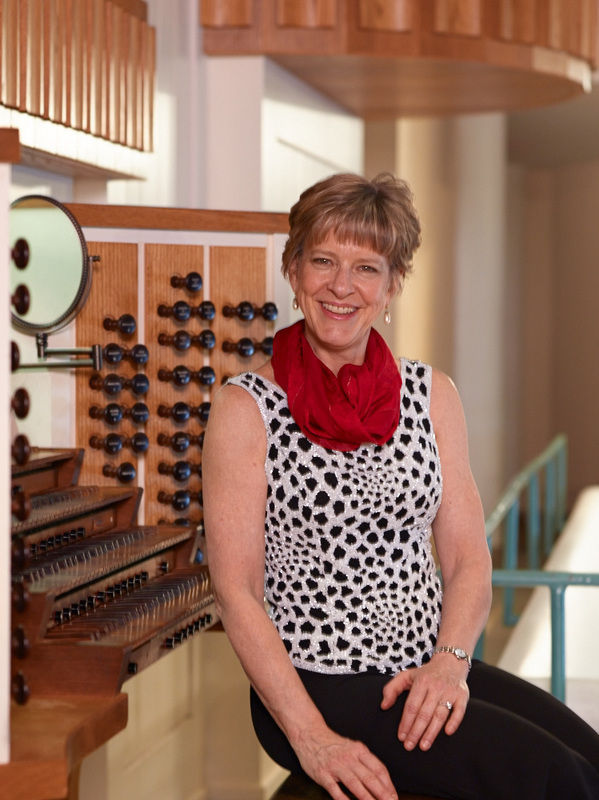 Below: Women’s Woodwind Ensemble will be at Christ United Methodist Church on March 16. 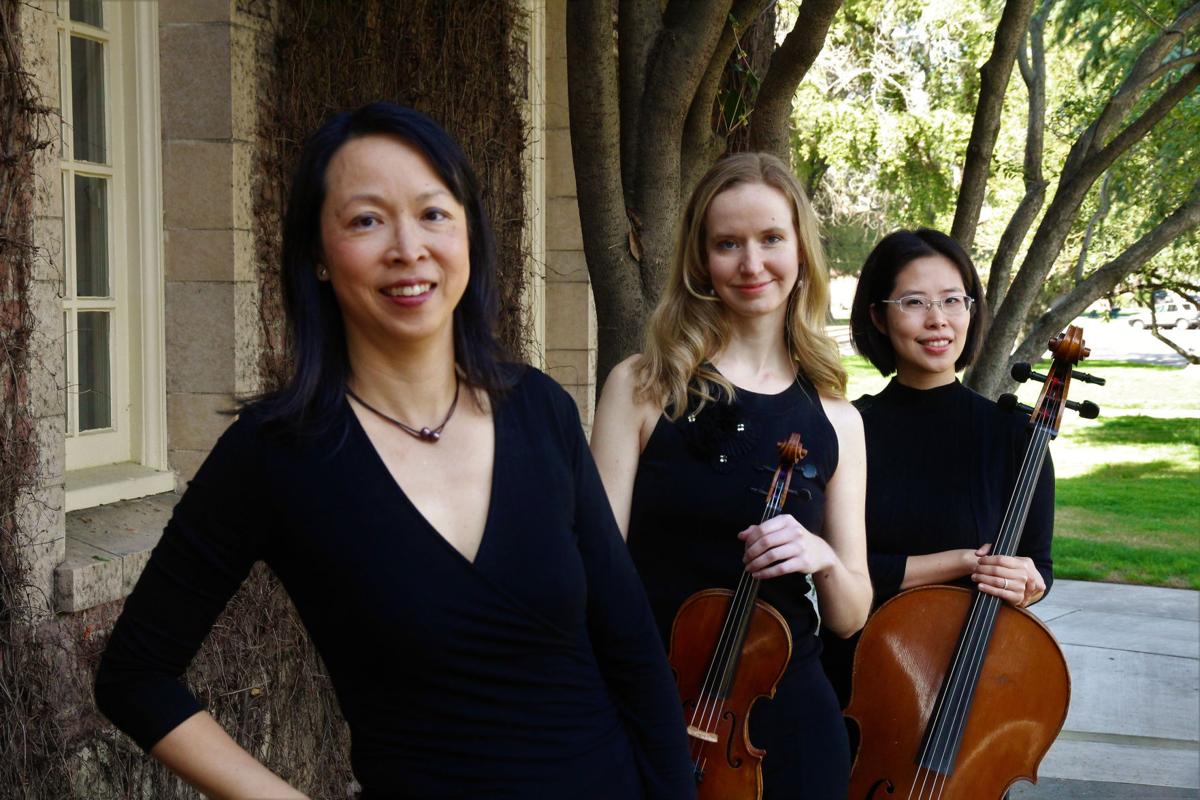 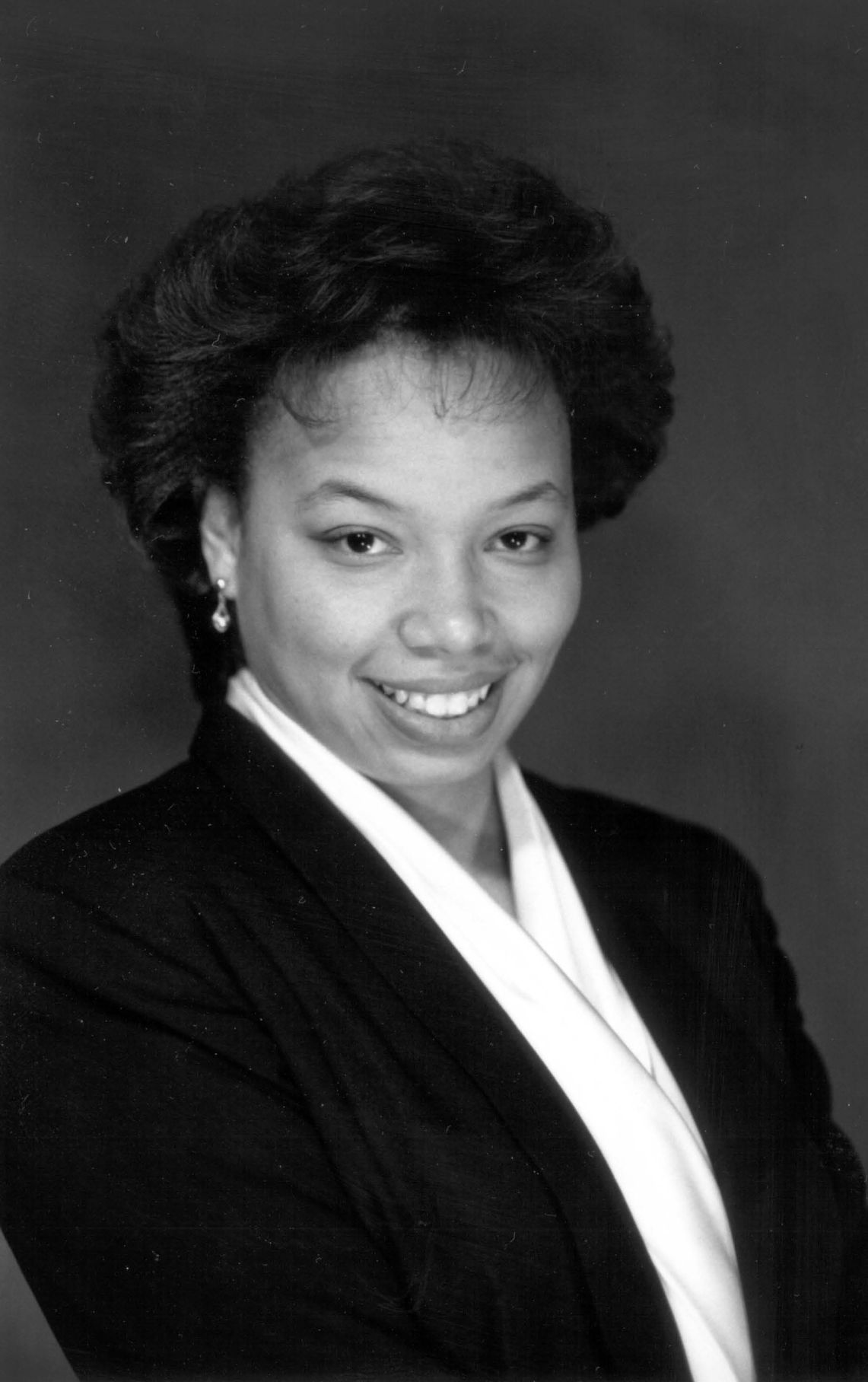 LEFT: Nicole Keller will perform on piano as part of the Music for a Great Space concert series. 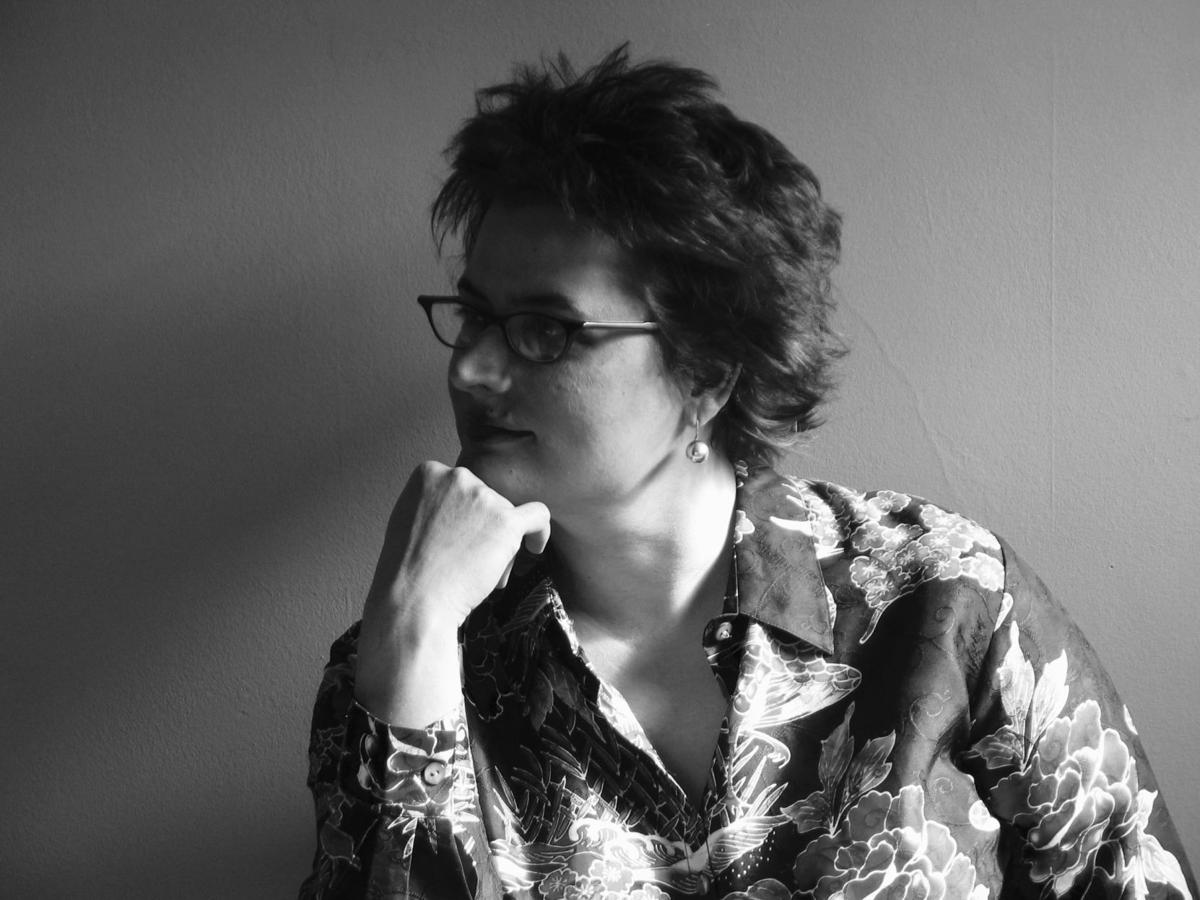 Christina Dahl (top) and Nicole Keller (left) will each play the organ as part of the Music for a Great Space concert series. 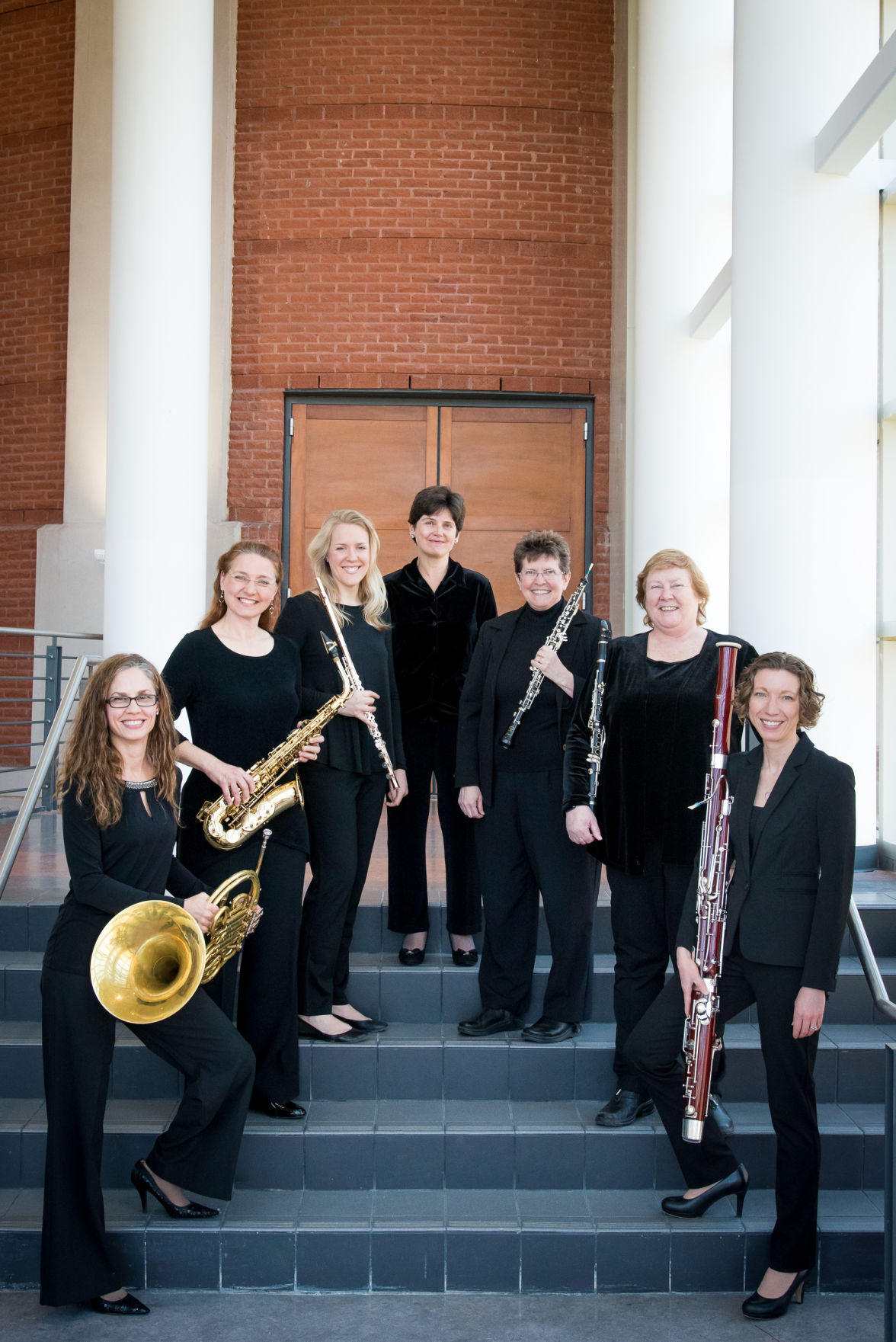 Women’s Woodwind Ensemble will perform on piano as part of the Music for a Great Space concert series. 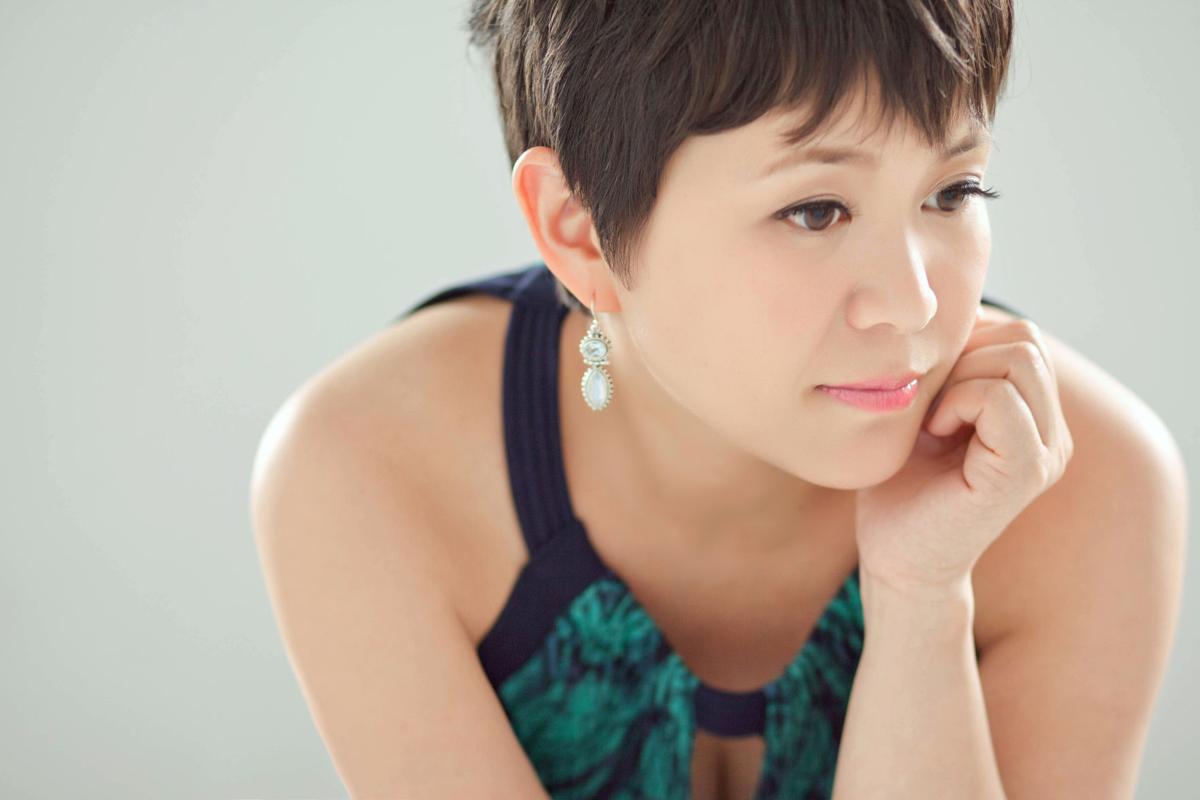 She-e Wu will perform percussions at the Van Dyke Performance Space on April 20.

Each year, the Music for a Great Space series brings together chamber musicians from across the country and right here in the Triad for concerts throughout Greensboro.

This year, for the first time, the series features an all-female lineup of performers.

“She noticed over the years there were a lot of really talented female artists who maybe didn’t get as much attention in certain areas, especially jazz or female composers,” Willie says. “So why not have a season where we celebrate the talent and artistry of female performers?”

For the musicians, the series is a chance not only to showcase their talents, but to show younger generations that classical music isn’t just for the guys.

“I can only speak for myself, but as an undergraduate student, I could only name one role model who was a woman clarinet professor at a major university,” says Kelly Burke, a clarinetist in the Women’s Woodwind Ensemble and music faculty at UNC-Greensboro. “Her success made me believe that I could do that, too. She also had great success as a chamber music performer. Woman role models in classical music were not so easy to find until fairly recently.”

The Music for a Great Space series got its start nearly three decades ago with one very distinctive instrument — the Fisk organ at Christ United Methodist Church. The Fisk company builds scale models of the venues for their organs to ensure the instruments function aesthetically and acoustically with their surroundings.

“When they were installing that organ in the church, the Fisk people came down to oversee the installation said, ‘This is a really special instrument,’” Willie says.

From those roots, the series has expanded to other spaces — Greensboro College and Van Dyke Performance Space this year — but Christ United Methodist remains the main venue, and organ concerts are an integral part of the series. Willie says the plan is to continue expansion to make the music accessible to a wider audience.

“We want to find places that allow us to access different parts of the community so we’re not just staying in the downtown area,” she says. “Typical for many cities, a lot of the art stuff happens in a very small area, so it’s important for us to try to bring it out as much as we can to the community.”

That interaction with the community goes far beyond concerts. Each season, musicians from the series participate in a complementary educational program, visiting local schools to introduce children to chamber music.

During the sessions, students can ask questions, learn about the instruments and watch the musicians play up close. The sessions are held before each concert, and participating students are given free passes for themselves and their parents to attend the show.

“Our goal is to extend that relationship with the artist and give them a more interactive experience at the concert,” Willie says. “We’re all musicians, and we’ve seen the cutbacks in the schools in terms of arts and music, and we want to make sure those options are available to students of Guilford County.”

For the artists, the educational outreach affords them the opportunity to share their passion with young people unfamiliar with this style of music.

“We all feel it is important to serve as role models in the community,” Burke says. “This particular ensemble instrumentation is not a standard one. Rather, it reflects a particular group of women who wanted to perform together. Making music is both our profession and a strong social opportunity. We had to arrange/adapt all of the music for this particular group.”

Because of the small ensemble size (or solo performances), the musicians who play chamber music enjoy a level of artistic freedom that their symphony and orchestra peers simply don’t have.

“Chamber music is such an incredibly special art form for the people who are playing it because they have so much artistic control over the product they’re presenting,” Willie says. “And you get to be so involved, but you also get to collaborate with other people, which is amazing.”

That freedom plays into the spirit of this year’s female-only lineup, as these women are in complete control of what and how they play, building a creative, collaborative experience.

“We are collectively responsible for artistic decisions, instead of having a conductor ‘tell’ you what to do,” Burke says. “Chamber musicians have to know everyone else’s parts as well as their own to be able to fit into the collective sound and/or gesture. One of the more exciting experiences is the spontaneous musical events that happen in a performance. In a great group like this, where we are all attuned to each other, we just do it.”

That enthusiasm is contagious, and in an intimate concert setting such as the Music for a Great Space series, it easily spreads to the crowd. Willie says that’s what makes this series special—that level of interactivity between performer and audience.

“For an audience member to be a part of that music that’s so exciting and interesting to the performer, that transfers to the audience because they feel that passion of the performer.”

What: Music for a Great Space concerts

Meet a Musician: Josh Watson found the name of his band in a Waylon Jennings song

When The Barn Dinner Theatre in Greensboro reopens June 19, patrons will notice changes since the COVID-19 pandemic closed it temporarily 15 months ago. But it still will serve up dinner and a musical.

Giddens, a singer, songwriter and multi-instrumentalist, will honor the legendary folksinger and activist during the special that will air at 8 p.m. Sunday on CBS and stream on Paramount+.

Watch the Greensboro Symphony perform live in a virtual performance

Watch the Greensboro Symphony Orchestra perform live at 7:45 p.m. Thursday at the conference of the League of American Orchestras. The concert is closed to the public, but audiences can watch online.

Tickets for the just-added 9:30 p.m. show go on sale at 10 a.m. Friday at TangerCenter.com, the venue said in a news release. Tickets are also still available for the 7 p.m. show.

CHAPEL HILL — Crook's Corner, a cornerstone in Southern food and an early spark in the creation of the Triangle's modern dining scene, has closed.

From June 17 to 20, festival events will include live music, a family day, a farmer's market, awards, a food truck festival, poetry and a drive-in movie, organizers announced in a news release.

The 22-year-old Mister A&T is from Peoria, Ill., but he has made Greensboro his home for college.

NBC hopes for more IndyCar as contract comes to an end

INDIANAPOLIS (AP) — NBC Sports heads into its third Indianapolis 500 not ready to wave the checkered flag on its partnership with Roger Penske's open-wheel racing series.

'In the Heights,' 'The Fast & Furious' franchise, and worst final films, all on the latest 'Just to Be Nominated' podcast!

The hosts of the 'Just to Be Nominated' podcast talk 'In the Heights,' recommend films that 'Fast & Furious' heads would love, take a dip into entertainment news, and more!

Bottom: On Sept. 22, Sweet Potato Pie will bring some bluegrass music to the series.

Below: Women’s Woodwind Ensemble will be at Christ United Methodist Church on March 16.

LEFT: Nicole Keller will perform on piano as part of the Music for a Great Space concert series.

Christina Dahl (top) and Nicole Keller (left) will each play the organ as part of the Music for a Great Space concert series.

Women’s Woodwind Ensemble will perform on piano as part of the Music for a Great Space concert series.

She-e Wu will perform percussions at the Van Dyke Performance Space on April 20.