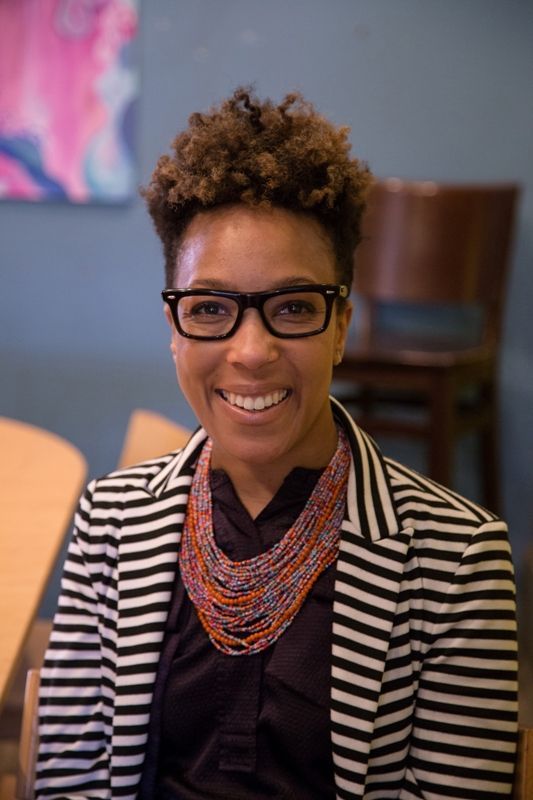 Kya Johnson is a Greensboro attorney and co-founder of RainbowMe. 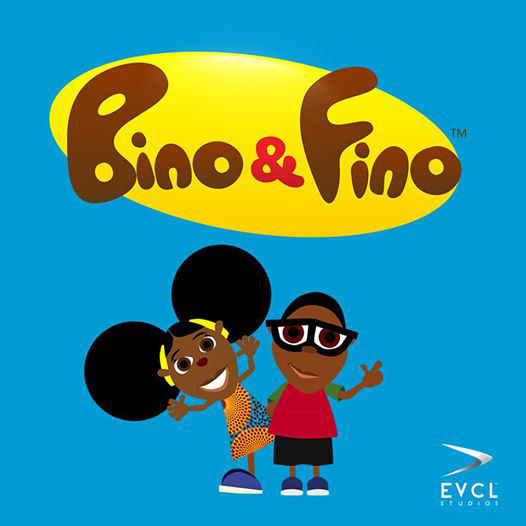 "Bino and Fino" was one of the 17 pilots that RainbowMe offered during its beta testing.

“The two most important days of your life are the day you were born and the day you find out why.”

Mark Twain is often credited with this quote, which resonates deeply with Kya Johnson, a Greensboro attorney.

Johnson, a 2001 graduate of UNC-Chapel Hill, works in a law firm with her father and her sister. She specializes in disability and worker’s compensation. But she is also a co-founder of RainbowMe, an entertainment platform for kids that focuses on diversity.

On her way to finding out what she was supposed to do with her life, her first defining moment came during her time at UNC. She remembers being in a class and a group of guys, who were African American, commented that the Cosby family could not exist in reality. That shocked Johnson, who knew it was possible.

During her childhood, she had identified her family with “The Cosby Show.” She had two successful parents, an attorney and a physical therapist. She saw herself in the role of Rudy Huxtable with her siblings filling in the roles of Theo and Denise.

“ ‘The Cosby Show’ was a perfect reflection of my family,” Johnson said.

Johnson has done a lot of volunteer work in the schools, and the second defining moment came during her time with the students.

“A lot of African American girls and boys had limited outlooks on their futures,” Johnson said, adding that most of the boys she talked with didn’t see any future for themselves outside of being an athlete or an entertainer.

“They did not know that a black female attorney existed,” Johnson said.

The final defining moment for Johnson came while she was working with clients on disability cases. Parents of children who had physical disabilities didn’t see futures for their children. But Johnson saw how smart and capable the kids were, and it broke her heart to realize the parents didn’t see anything beyond disability for their own children.

“So many things, as I’ve worked and progressed, have steered me back to what ultimately led me to create RainbowMe,” Johnson said.

Kids of color do not see positive images of themselves or their backgrounds represented in media, Johnson said. She began doing research to see what was actually out there for kids. About the same time, anti-Muslim and immigrant sentiment heated up.

That’s when it hit Johnson that there are not enough images to counter mainstream media. Kid shows typically show white kids, and children of color just aren’t seeing characters they can relate to in the shows or the entertainment they are consuming.

“People don’t consider how this affects children,” Johnson said. While doing research for RainbowMe, Johnson read an article about superheroes that said the superheroes were good because they exhibit positive values.

“But all superheroes are white or some fantasy color. The kids of color are separated from those values because that person doesn’t look like them,” Johnson said.

Within the scope of children’s entertainment, people can easily name every character of color because there are so few. Yet, America is a nation of so many races, cultures and ethnic backgrounds.

Taking all this information into consideration, along with her three defining moments, Johnson finally found out why she was born. She would launch an entertainment company for kids that focuses on positive values and features kids of color so the kids could connect to those values.

“When you have something that stays with you, it’s God’s way of saying ‘This isn’t leaving until you do something with it,’ ” Johnson said.

During the research phase, a fellow attorney connected Johnson with Bernard Bell, a former executive with TV One, HGTV and The Discovery Channel and together they founded RainbowMe.

RainbowMe is an online entertainment platform that currently is all video. Johnson’s dream is to be on a main carrier or Netflix or Amazon Prime. Johnson and Bell plan to extend the website to include games, music and books once the user base is built. The videos will be a mixture of cartoon and live-action actors, and they will be along the lines of “Dora the Explorer.”

Johnson says it will be entertainment for kids, but the videos will be educational and feature positive values. The ethnicities featured are African American, Latino, Indian and Asian. The website has been beta tested, and taking the feedback they received, RainbowMe will relaunch later this spring. It is a free service and parents can visit the website and sign up.

“It is definitely divine intervention that has led to this point and continues to lead,” said Johnson, who has discovered just what it is she is supposed to do.

Alice Owens is a freelance writer and photographer who lives in High Point. Contact her at mexialice@gmail.com.

ARIES (March 21-April 19): Nothing makes or breaks an experience like expectation. And assumption, the close cousin of expectation, outright c…

ARIES (March 21-April 19): While it’s possible that a self-sacrificing act will help a relationship, it benefits you to consider the opposite …

ARIES (March 21-April 19): You don't have to know what to do next to get to a better place. It's time to try a few things out to see what work…

Class of 2021: Valedictorians and salutatorians at local private schools

The following students were named valedictorians or salutatorians at their private schools. Students graduated in May or June.

TODAY’S BIRTHDAY (June 14): This year, the area of life that’s been tricky for you will become a smooth, downhill coast. That’s not the result…

Dear Annie: My money, my problems

Dear Annie: I have been married for 20 years. When my wife and I first married, I was the sole breadwinner. I had a very good job and made a p…

ARIES (March 21-April 19): You’re curious, but you also appreciate the wonderment that comes before knowing. Finding beauty in a lingering mys…

Here's the schedule for the Greensboro Grasshoppers, other area teams this week

Kya Johnson is a Greensboro attorney and co-founder of RainbowMe.

"Bino and Fino" was one of the 17 pilots that RainbowMe offered during its beta testing.