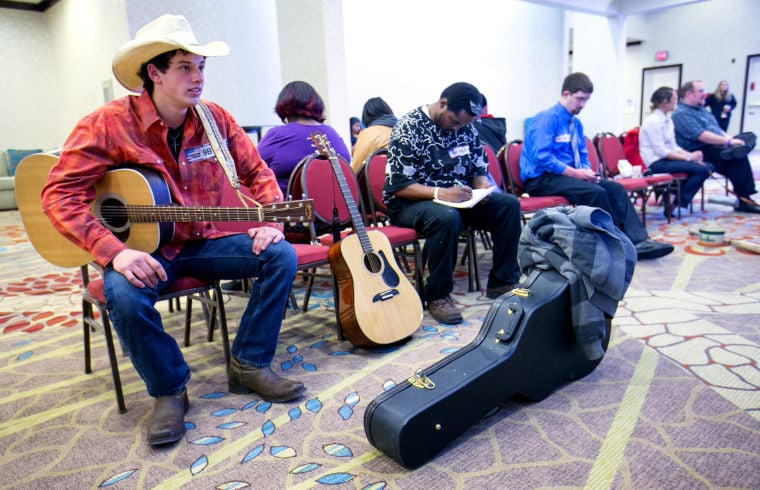 Luke Sigmon of Mooresville waits for his chance to audition at America's Got Talent television show. 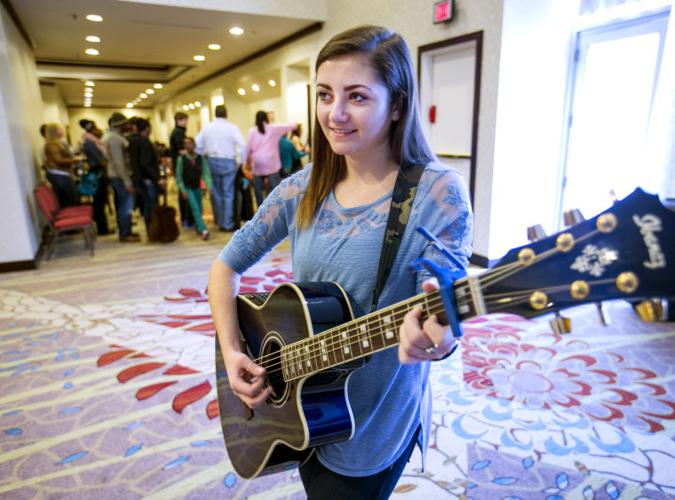 Anna-Brooke Hylton strums her guitar as she waits for her turn at America's Got Talent auditions at the Greensboro Marriott Downtown. 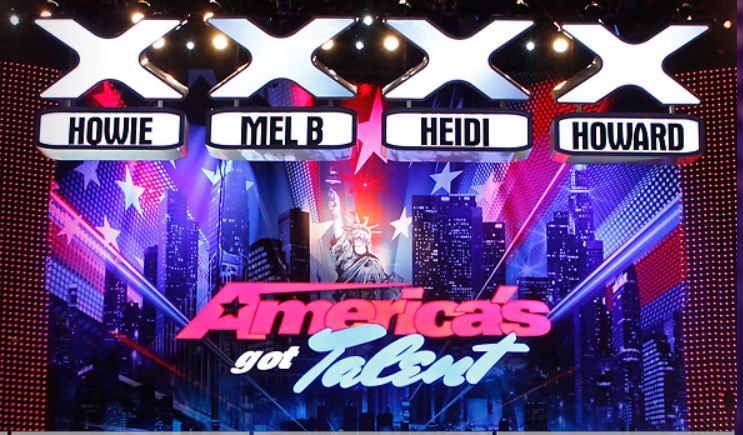 Open auditions will be held Jan 29. in Greensboro.

Whether his performance of Luther Vandross’ “Superstar” will launch him into superstardom, Roberson won’t find out for another month.

But on Wednesday morning he was one of several hundred who braved the elements to try out for “America’s Got Talent.”

Guitar picking, dance music and the occasional opera rendition filled the Governors Room at the Greensboro Marriott, as hopefuls waited to audition in front of producers for the hit NBC talent show.

The series, now in its ninth season, features a wide a variety of performers, from magicians to contortionists to rapping grandmas.

Contestants are evaluated by a panel of celebrity judges — this year made up of Mel B of the Spice Girls, Heidi Klum, Howie Mandel and Howard Stern.

Those who auditioned Wednesday will be contacted in a month if they made the cut.

Contestants who make it through the first round of auditions will go to Los Angeles, New York or New Jersey, where they will audition in front of the celebrity judges (who weren’t at the Marriott on Wednesday).

Greensboro was one of 11 sites for the first round of auditions this season.

According to organizers, 700 to 1,000 people were expected at Wednesday’s tryouts.

A number came from out of state, including Corey Mac, who drove nine hours from his home in Mt. Juliet, Tenn.

“It was awful, slow going,” he said. “Worst part was when the highways got cleared and people still didn’t know how to drive.”

Mac said he planned on singing his own arrangement of Hank Williams Jr.’s “A Country Boy Can Survive” for his audition.

While waiting to be called, he struck up a jam session with Josh Pedigo from Reidsville.

Pedigo said he planned on playing a rendition of “Drink a Beer” by Luke Bryan and that he was auditioning in honor of his aunt, Kathy Simmons, who died recently.

“She always pushed me to pursue a music career,” he said. “I’m going to leave here knowing I tried my best.”

Across the room, Elvis, Lady Gaga and Bruno Mars — or rather, pint-sized versions of them — practiced their routines.

Sixteen kids from the Palmetto Dance Starz performed in the guises of various pop singers and had their own pint-sized DJ.

Courtney Carroll, who runs the Myrtle Beach, S.C.-based group, said she got into town before the bad weather hit.

“We did OK on the drive here, but it’s the drive home we’re worried about,” she said.

Among the youngest in attendance was 5-year-old Christian Daye, who was eating a Rice Krispie treat while getting ready to play the drums.

His mother Iris Daye said he typically plays at McLeansville First Baptist Church but that he has been branching out.

“Two weeks ago he played ‘Separate Ways’ by Journey,” she said. “He’s never had lessons. This is just something he picked up.”

Not all those auditioning were human.

Lying on her side waiting to be called was Miss Babe Ruth, the black Labrador retriever who fetches bats for the Greensboro Grasshoppers at NewBridge Bank Park.

“We just thought it was a great idea to get her out here in the community again,” said Shawn Russell, director of production for the baseball team.

Hundreds of artists, including the Greensboro Grasshoppers' dog Babe, turn out hoping to land a spot on television show.

Luke Sigmon of Mooresville waits for his chance to audition at America's Got Talent television show.

Anna-Brooke Hylton strums her guitar as she waits for her turn at America's Got Talent auditions at the Greensboro Marriott Downtown.

Open auditions will be held Jan 29. in Greensboro.