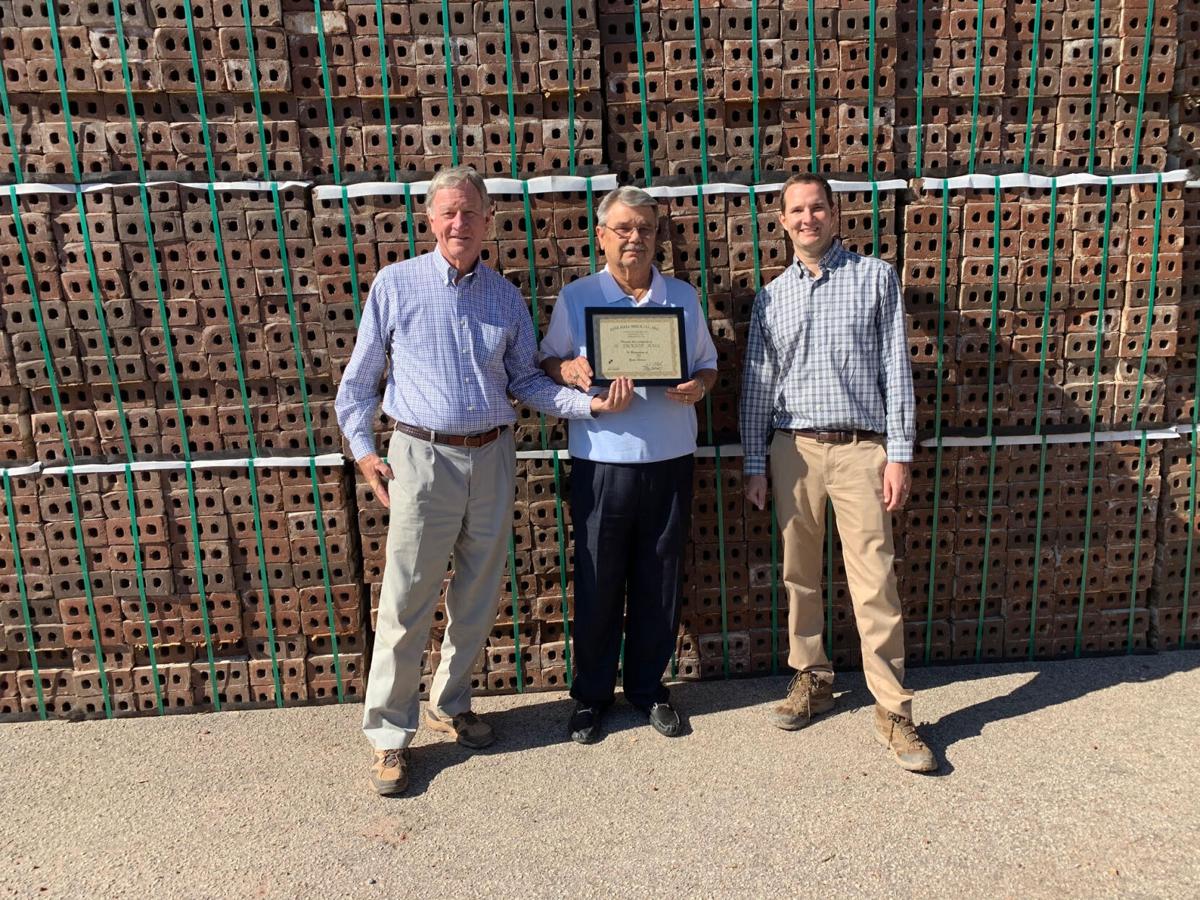 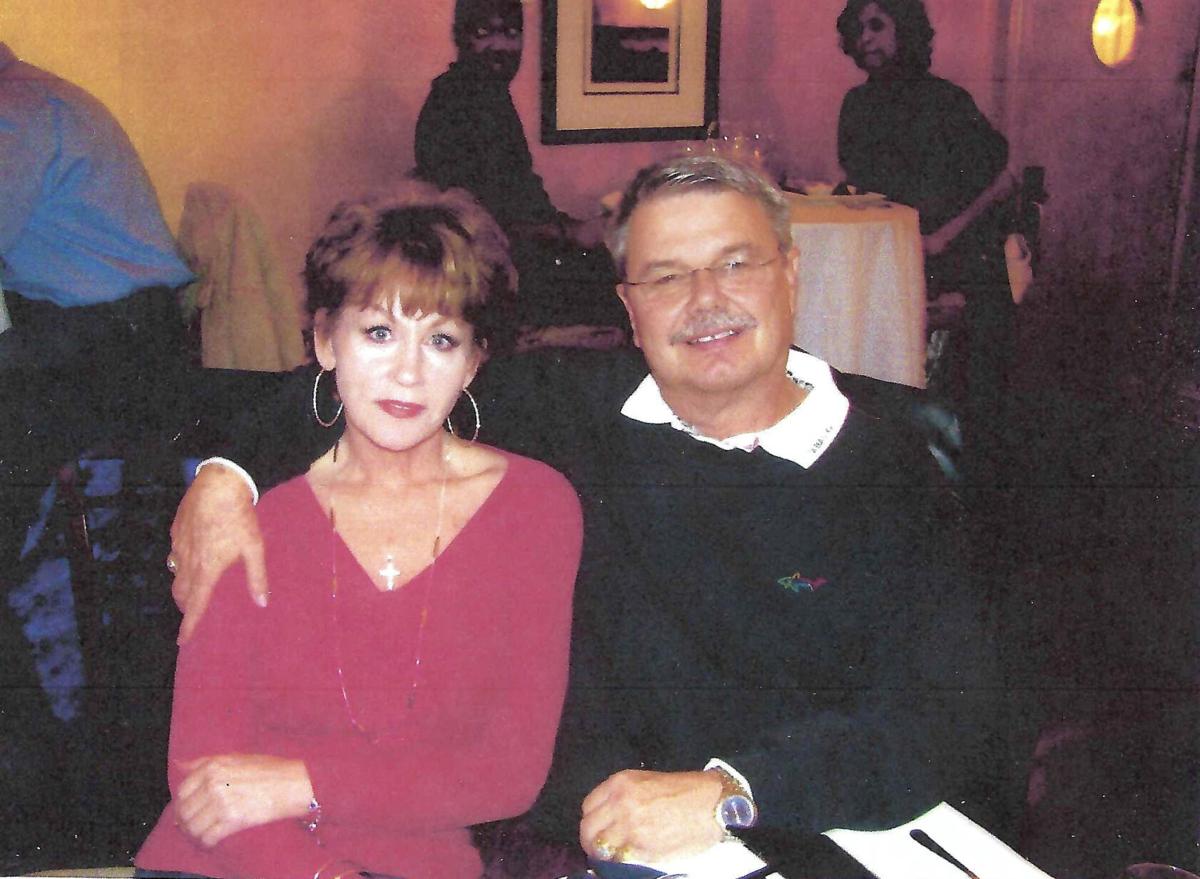 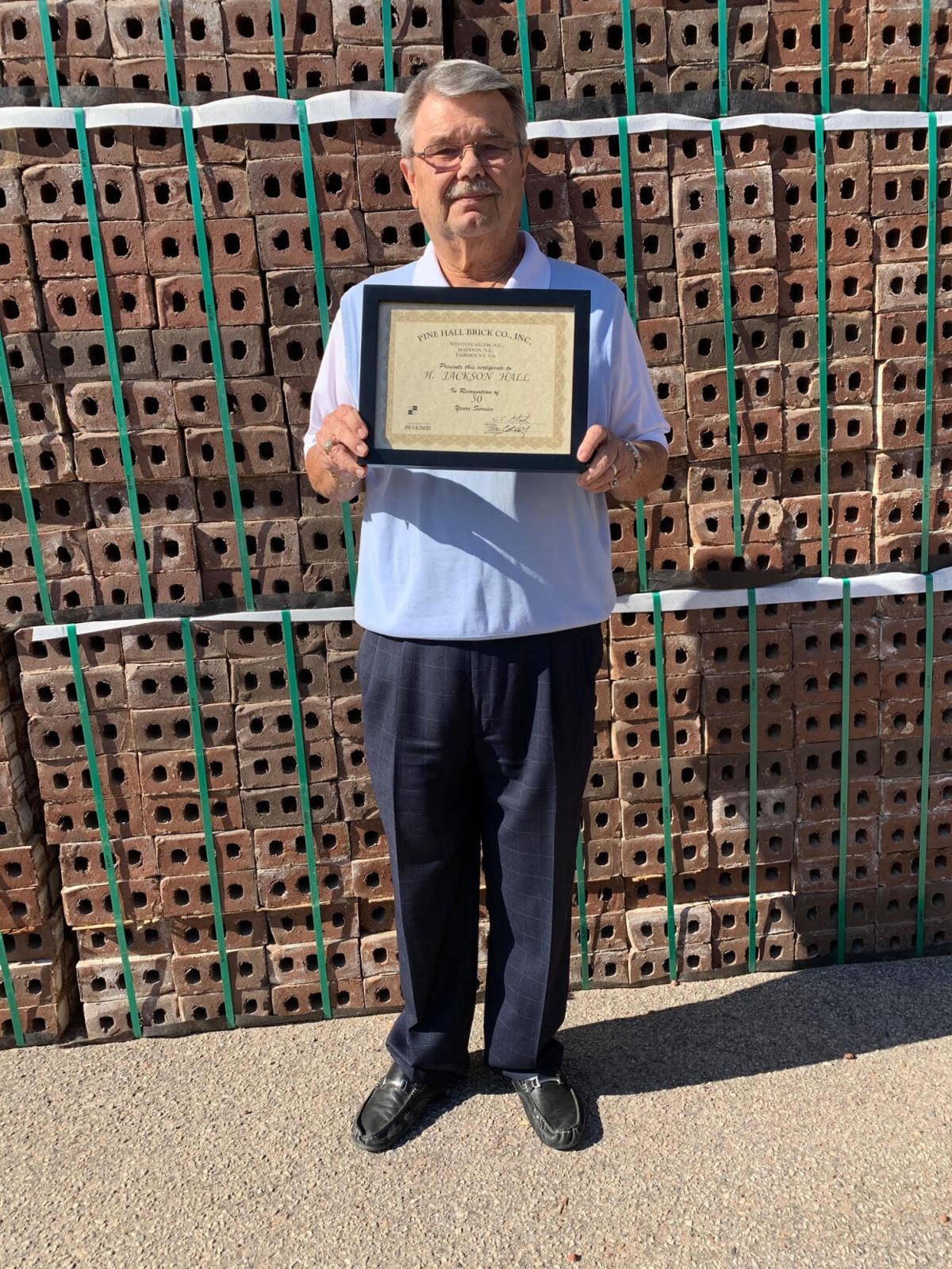 MADISON - H. Jack Hall was only 17 years old in 1967 when his father, Homer, got him a summer job at Pine Hall Brick Co.

Exactly 50 years and millions of bricks later, Hall retired Sept. 14. Although a reception had been planned, that was delayed due to the coronavirus pandemic. On Monday, Oct. 5, Hall returned to the plant and received several honors, including the last company car he drove.

In the near future, he also expects to be given a brick engraved with his service years.

“It was difficult to make the decision to retire,” Hall, 70, said. However, his goal was to work for 50 years because only one other person, the late Henry Curry, had worked that long for Pine Hall.

“The tale goes that he started at 12 working as a water boy at the original Pine Hall Brick” location, Hall said. The plant moved to Madison in the early 1950s.

Both of his grandfathers, Chester Hall and Zeb Kiser, were original employees at Pine Hall Brick’s founding in 1922. Kiser actually invented the company’s first sand box on the making line. Jack Hall's father had a 39-year-career there, primarily as brickmaking supervisor.

“It’s absolutely amazing to think that a member of Jack Hall’s family has been employed at Pine Hall Brick from 1922 until 2020,” Sales Director Harold Beaty said from the Winston-Salem corporate offices. “Other than the Steele family which has owned the company since 1922, there’s not another family with the longevity of the Hall family.”

Hall talked about the early days in his career.

“That first summer I was doing whatever my dad told me to,” Hall recalled. “I didn’t really have a particular job. If they needed somebody to sweep the floor, I did it. I did whatever he told me.”

Hall returned the next two summers and after graduating from Madison-Mayodan High School in 1968, he enrolled in the business administration course at night at Rockingham Community College while continuing his job at Pine Hall Brick.

That was in the Vietnam war era when the national draft had been reinstated and Hall joined the N.C. National Guard in 1970. He completed his basic training at Ft. Campbell, Ky. and then was sent to Ft. Sill, Okla. for advanced infantry training. He then had one weekend a month and two weeks of duty in the summer with the guard for the next six years.

After his active duty ended in September of 1970, Hall returned to Rockingham County and a full-time job at Pine Hall Brick on Sept. 14.

“When I first started, I was cutting shapes, for my dad and then I ran the brick machines, making brick,” he said. He also supervised the loading of 40,000 bricks per boxcar. They loaded two in the morning then he assisted in the office with the dispatch of the trucks in the afternoons.

On Aug. 28, 1972, he was directing the shipping of bricks throughout North Carolina and Virginia.

“It didn’t take you long to wear out a car,” he said, adding one of the largest sales he made in Rockingham County was 500,000 bricks for the construction of McMichael High.

Hall credits his expertise in sales to the lessons he learned from John Adkins. He trained with Adkins for about three months before Adkins retired in 1987. They remained friends until Adkins passed away at age 84.

While in training, Hall went to Adkins’ home in Martinsville, then “we would go to building suppliers and visit contractors on jobs out in the field. He taught me everything I needed to know about sales and contractors and getting to know people.

“He was a gentleman and someone I respected and admired,” Hall said.

In 1992, he began selling an average of 10 million bricks a year in Guilford and Alamance counties. In the late 1990s, he transferred back to northern North Carolina and southern Virginia. He also covered the Pinehurst area until he retired.

Because he had the largest increase in sales over his goal for 1992, Hall was recognized as Sales Representative of the Year in January of 1993 by President W. Fletcher Steele. At that time, Steele lauded Hall as “a positive and professional representative of the company."

With many businesses closing in the past few months because of the coronavirus pandemic, Hall said he had expected a drop in his sales. However, that did not happen, he said. “Through September, I am about even with my 2019 sales.”

During his career at Pine Hall Brick, Hall traveled well over a million miles.

“I made friends with contractors, building supply folks and individuals, and will cherish these relationships forever,” Hall said. “I felt I knew the product very well because I had worked my way through the plant. I did everything. Knowing your product is the key to sales.”

Eight years ago, Hall married Donna George, now human resources manager at Old Dominion Trucking in Greensboro. They met when she worked for Lowe’s in Reidsville, one of his sales accounts. Teresa Bass, a coworker of Donna, introduced them. They dated about two years before marrying in 2012.

At work, Hall said he was sort of the “resident golfer,” often representing the company at golf outings.

“I had a great experience as a sales rep for Pine Hall,” Hall said.

His colleagues praised him as well.

“It has been an honor to work with Jack over my 29-year-career and be part of the history and legacy of the company and his dedication over his career,” Beaty said.

Ted Corvey, vice president of sales and marketing, said Hall is regarded as a "real pro" in the brick industry.

“His easy-going demeanor along with his vast brick knowledge and work dedication made him one of our finest sales representatives," Corvey said.

"I've known Jack for 28 years and what I noticed early on was how consistent he was in approaching his job. He never left a stone unturned.”