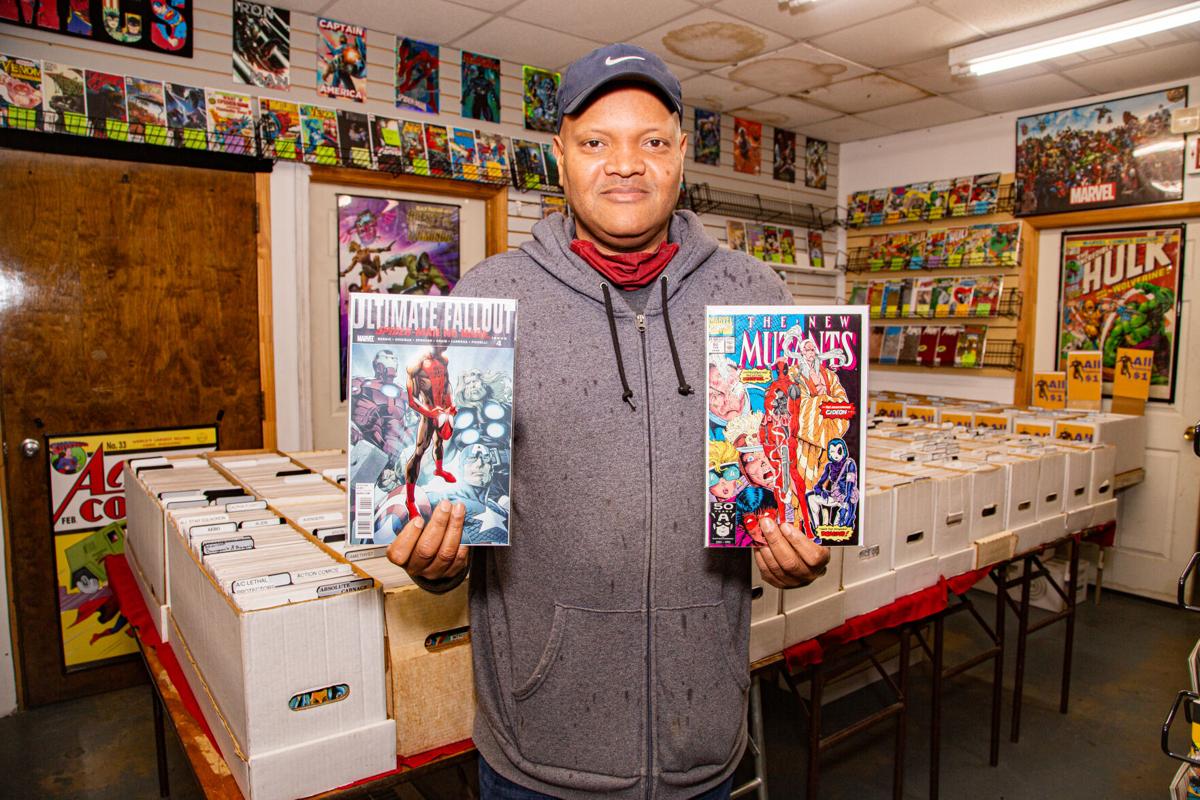 Fred Wright Jr., owner of Eastgate Comics, shows off some of his more valuable books. Eastgate Comics in High Point is hosting the Triad Comic Con on May 16 at the Airport Marriott. 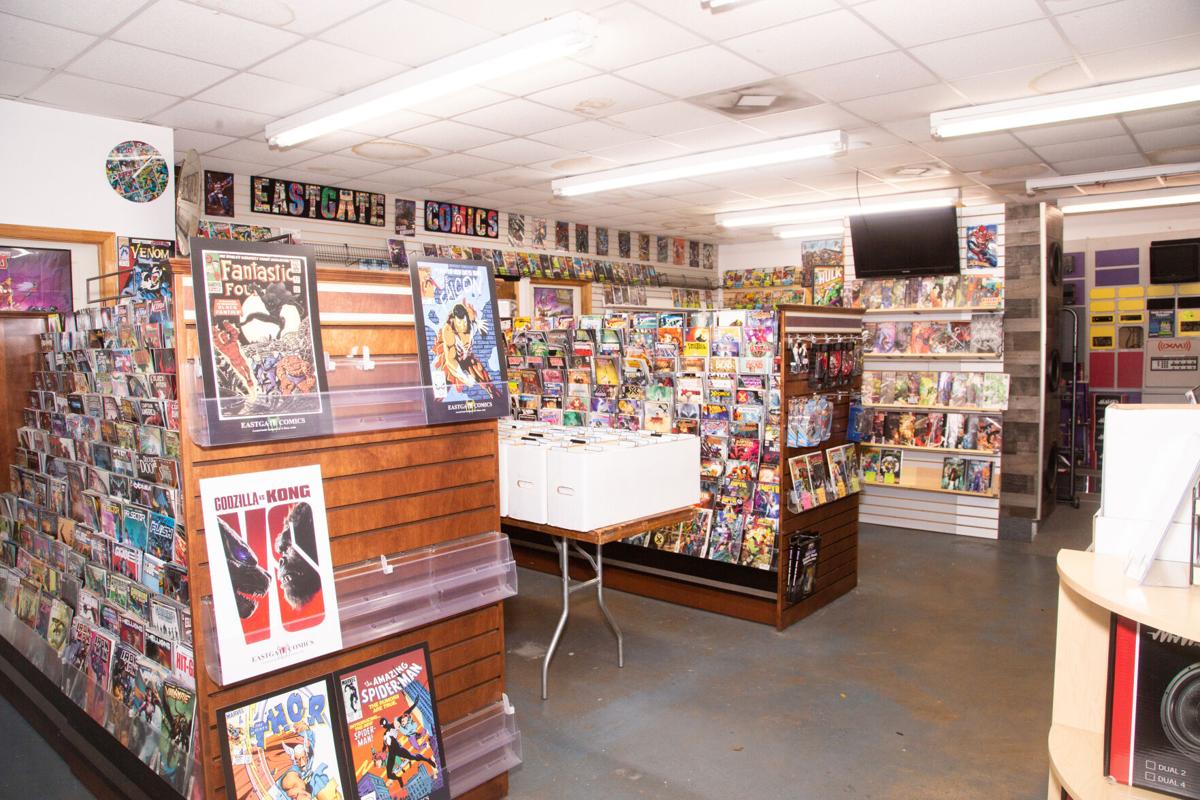 Eastgate Comics started with a wall of comic books at Eastgate Car and Home Audio ... now it takes over most of the showroom floor. 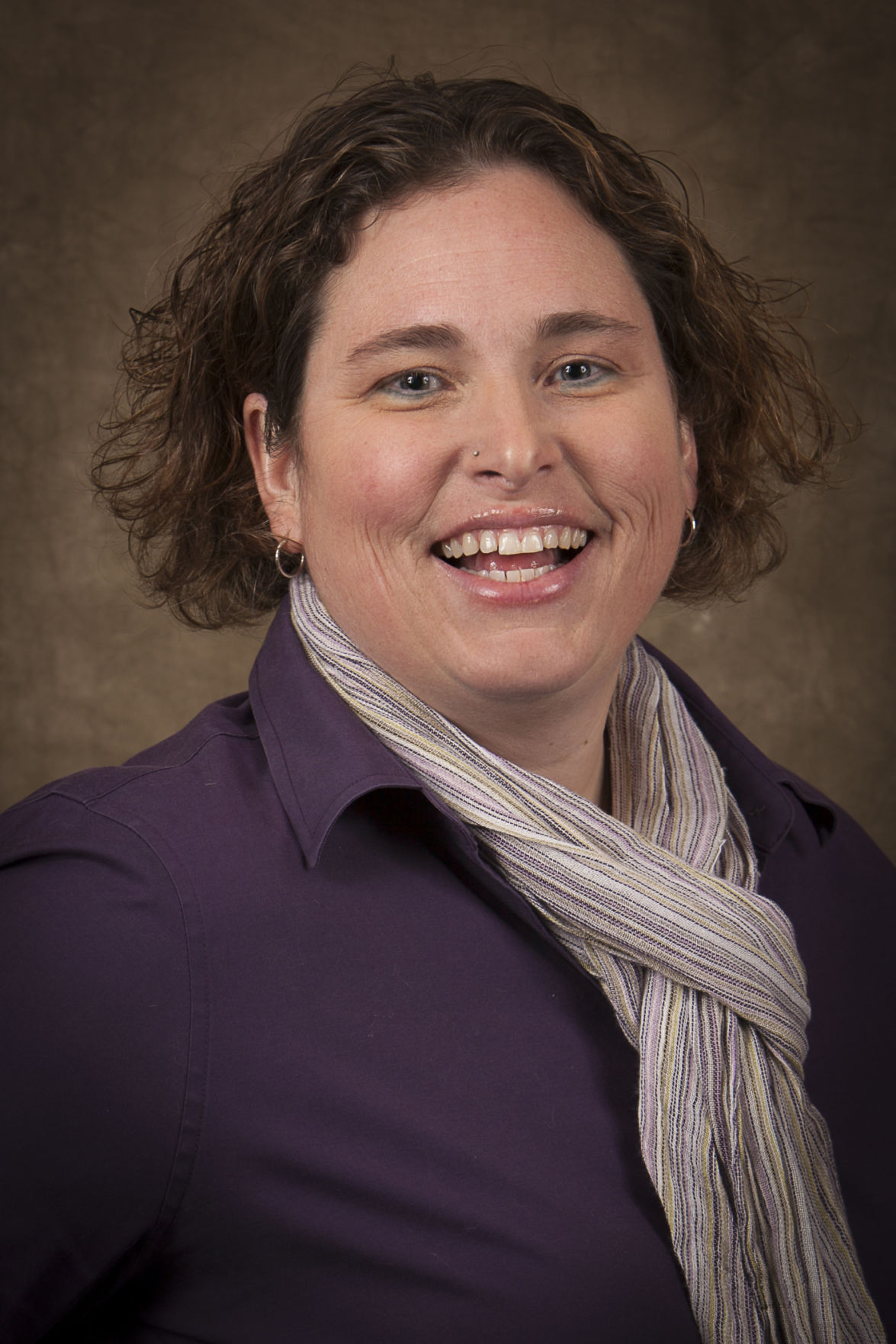 Eastgate Comics in High Point is bringing Comic Con to the Triad on May 16.

The event at the Airport Marriott in Greensboro will feature special guest Paty Cockrum, who, along with her late husband, is responsible for some of the newest X-Men characters: Storm, Nightcrawler, Colossus and Thunderbird.

After surviving the economic hardships of a pandemic, Eastgate Comics continues to thrive. To really appreciate how Fred Wright Jr. got his store — which opened April 1, 2018 — to this point, it’s important to trace the decadeslong family story of how his dad, Fred Sr., started things in the 1970s.

“After I got out of the military, I started repairing electronics. I also started the electronics program at Andrews High School,” the elder Wright said.

In 1980, he got his license, the necessary permits and moved all his “junk” to Montlieu Avenue. He still taught school while he ran his repair business.

Besides teaching at Andrews, he also taught at GTCC and Davidson Community College. He helped write the technology program at N.C. A&T, his alma mater.

Wright’s son, Fred Jr., got into drawing and helping his dad with the electronics, which eventually turned to car stereos. As father and son traveled around for the business, they would stop at hole-in-the-wall comic shops and buy books.

Students in Fred Sr.’s classes would give their old comics to him to hand over to Fred Jr., contributing to a collection of more than 300 comic books.

When Fred Sr. retired, he started selling comic books because he needed something to do. He was still a part of the electronics business (turned car stereo business) and noticed the businesses meshed well together. People would come in for a stereo and browse the modest comic book shelves. Customers would purchase a car stereo and a stack of comic books. But the comics were just a side item, much like the soda and snacks sold in the store today.

“Parker’s was the last place in High Point you could buy comics ... by the mid-1990s, all the other comic stores were gone,” Fred Sr. said. So when Eastgate Car and Home Audio started selling comics more than 10 years later, High Point once again had a comic supply, however modest it was.

As the elder Wright recalled his childhood, he spoke of a footlocker at his aunt’s house that was filled with comics. The newest one was from 1955, so there were bound to be some valuable comics in that collection. He called to inquire about it, hoping to secure the comics for Fred Jr.’s store.

“She told me that just the week before they had cleaned everything out and burned them all! There was probably a few million dollars worth of comics in there. I didn’t tell her because it would have probably given her a heart attack,” Fred St. said.

Even without those older comics, the younger Wright has made a good run with his comic book store. He has gone from one shelf to an entire store full of comics. He sells action figures and other items related to comics.

And now, Eastgate Comics will host Triad Comic Con. The day will feature some local comic book artists who do the artwork for Transformers and Cockrum, creator of four X-Men characters. There will be a cosplay group who dresses as Star Wars characters.

One huge feature to Eastgate’s Comic Con is the inclusion of Lucha Libre wrestling. In the middle of the hotel ballroom will be a wrestling arena and several championship matches concluding with a Battle Royale. The winner will receive a championship belt. Eastgate is providing the belt, made by the same company that makes the UFC belts.

There will be a host of comic book vendors and U.S. Army recruiters are bringing a trailer of video games that kids can play as well as promotional materials like backpacks and water bottles.

The Wrights are thrilled with the success of the comic store. Comic book fans can find Eastgate Comics and Eastgate Car and Home Audio at 204-B Eastchester Drive in High Point across from Carolina’s Diner and the Harris Teeter shopping complex.

Tickets: $10 for adults. Free for children 12 and younger. Tickets sold at door.

Spring gardening: Is that a flower or a weed?

“… anyone who spends much time in nature knows

Fred Wright Jr., owner of Eastgate Comics, shows off some of his more valuable books. Eastgate Comics in High Point is hosting the Triad Comic Con on May 16 at the Airport Marriott.

Eastgate Comics started with a wall of comic books at Eastgate Car and Home Audio ... now it takes over most of the showroom floor.