Colfax woman killed in crash on Bryan Boulevard that injured a baby and another person, Greensboro police say 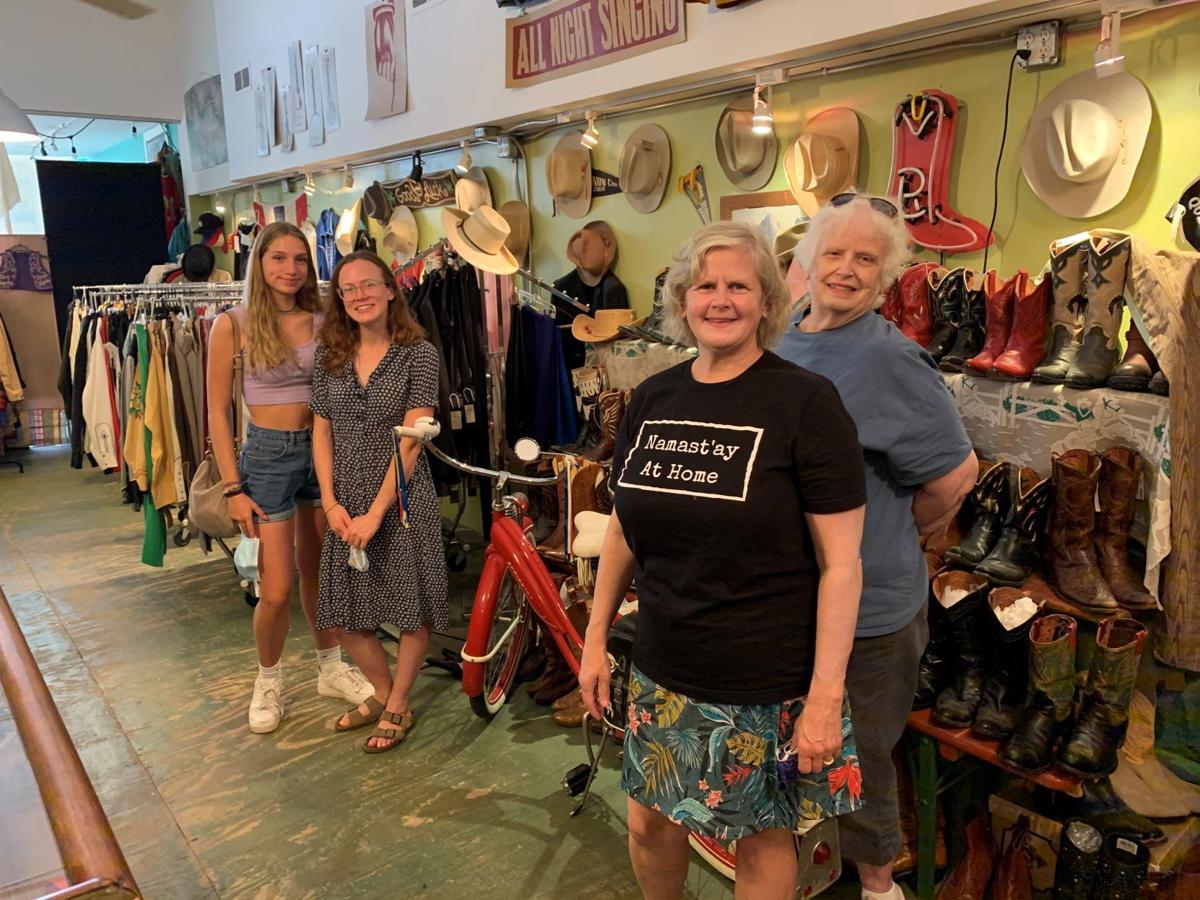 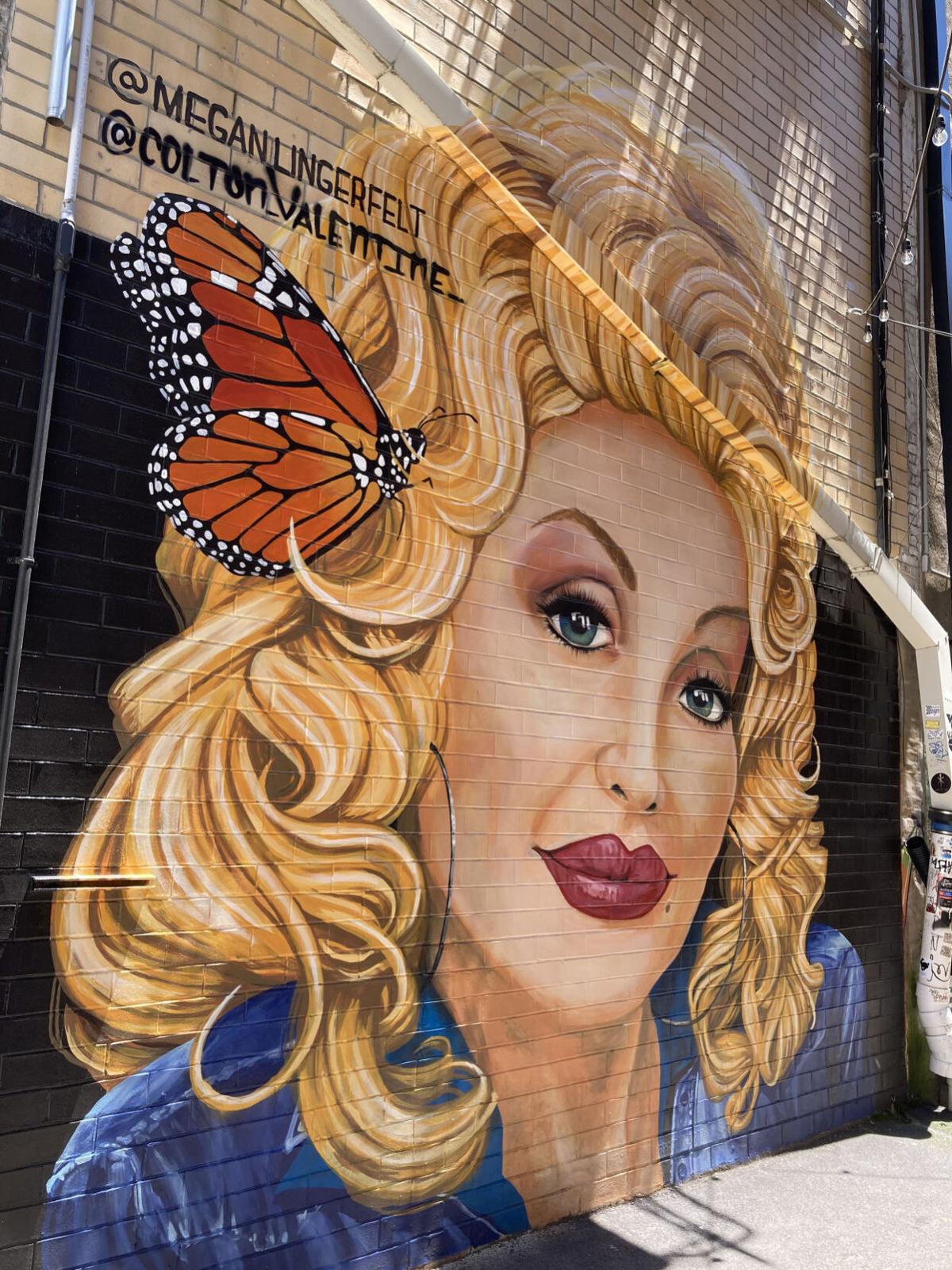 A larger than life Dolly Parton greets visitors in a Knoxville alley lined with murals. 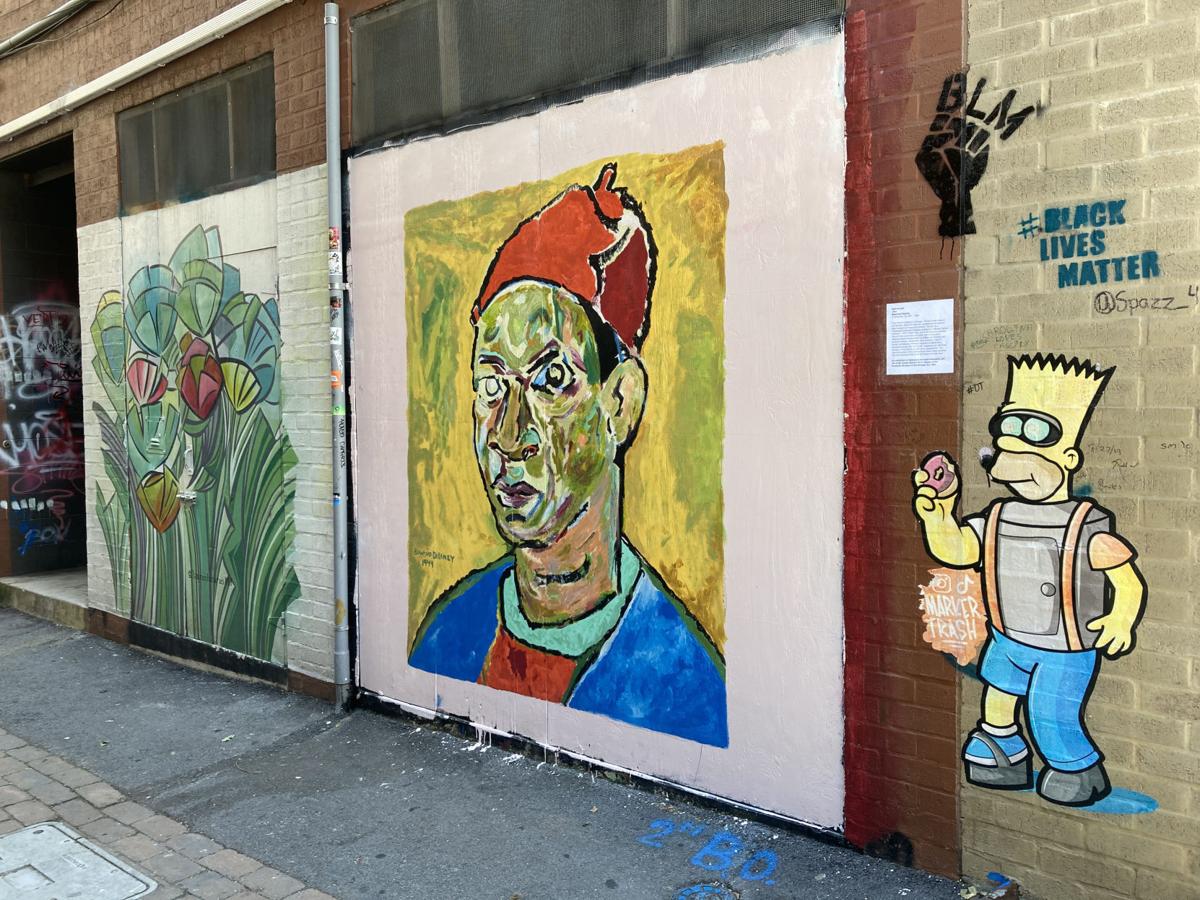 The completed mural reproducing a self portrait of Beauford Delaney in an alley lined with murals. 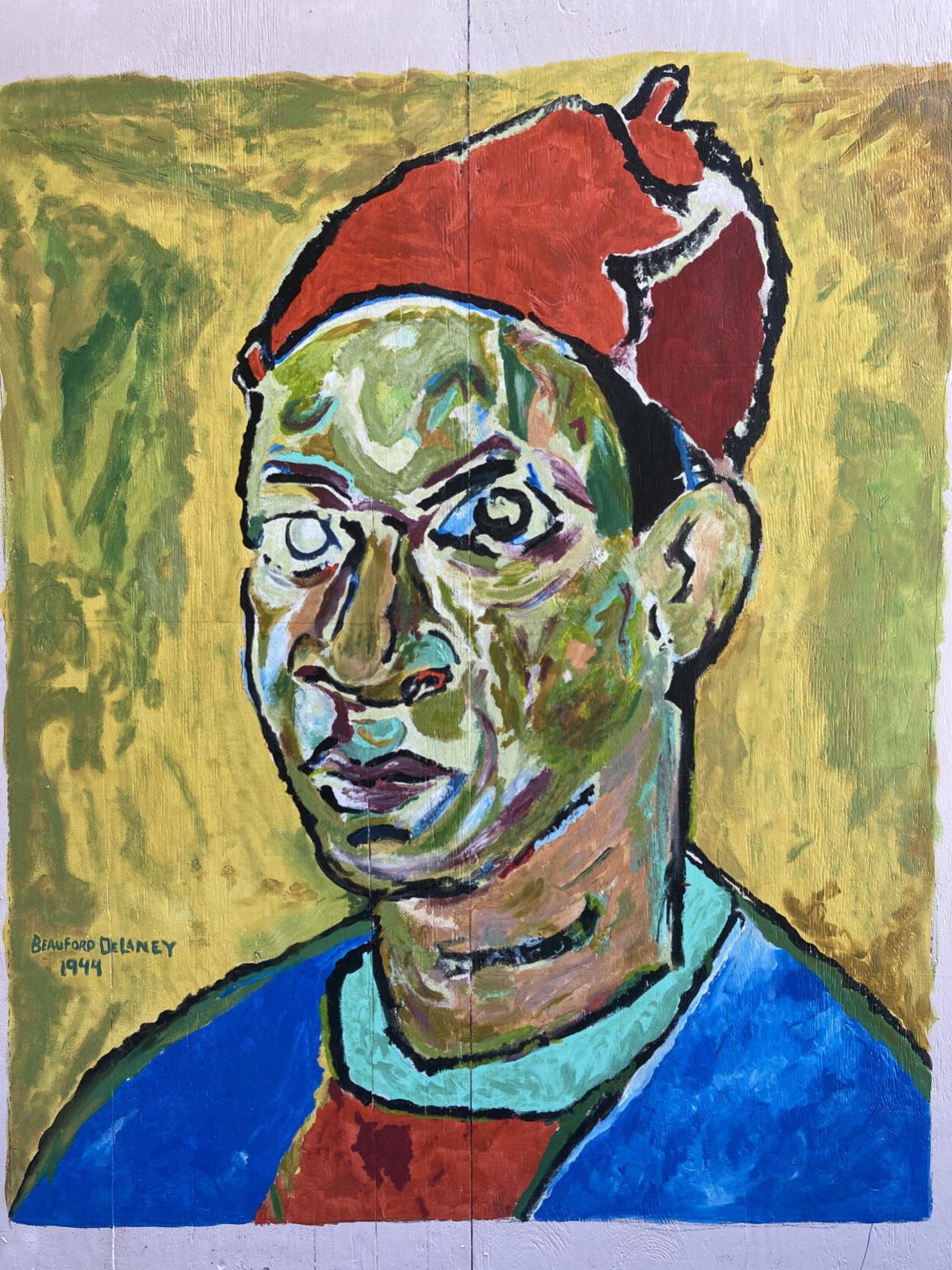 Beaufort Delaney’s 1944 self-portrait was featured in an exhibit of his works in the Knoxville Museum of Art. 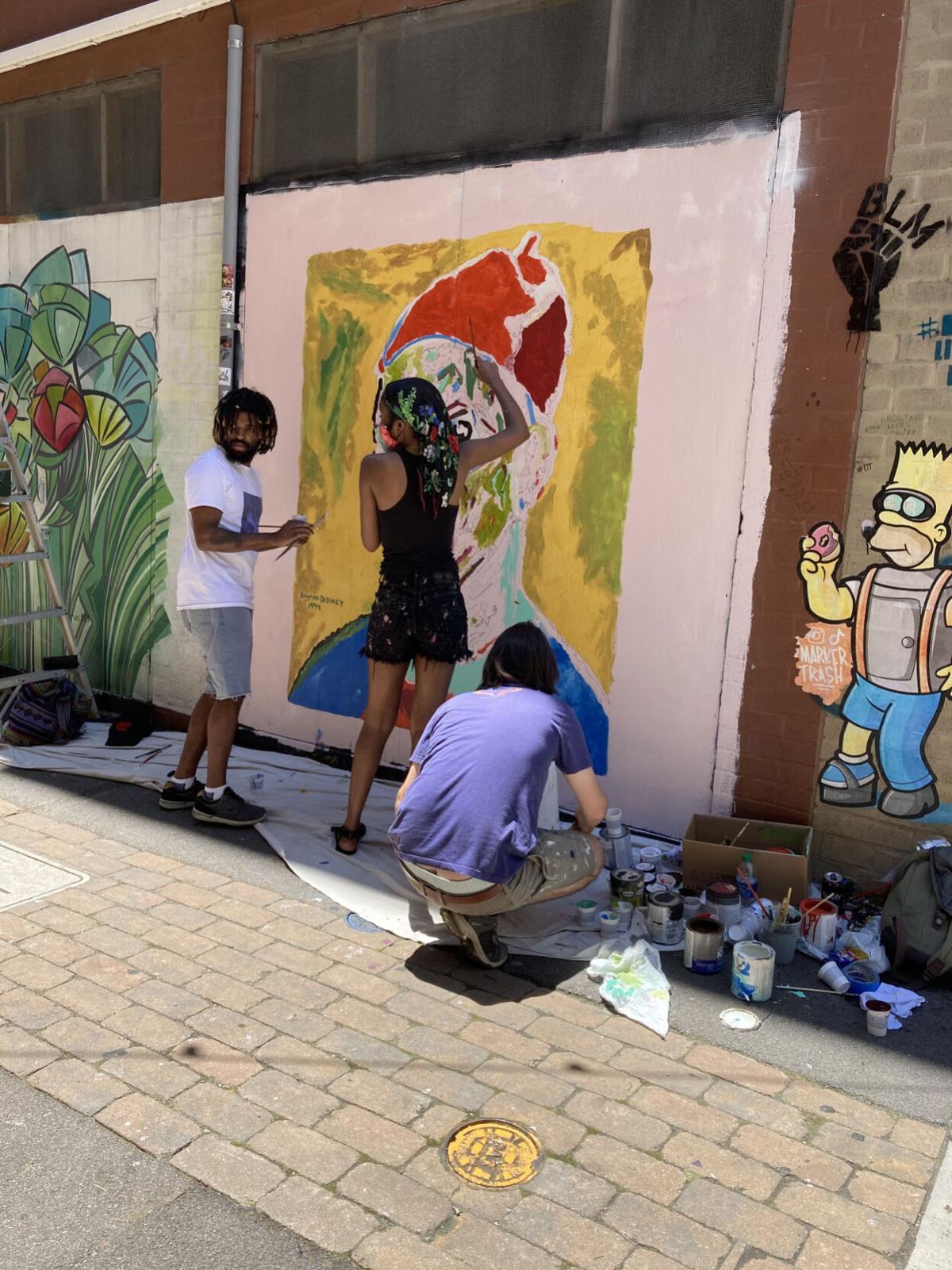 A trio of artists reproducing a self portrait of Beauford Delaney that is in an alley lined with murals.

A larger than life Dolly Parton greets visitors in a Knoxville alley lined with murals.

The completed mural reproducing a self portrait of Beauford Delaney in an alley lined with murals.

Beaufort Delaney’s 1944 self-portrait was featured in an exhibit of his works in the Knoxville Museum of Art.

A trio of artists reproducing a self portrait of Beauford Delaney that is in an alley lined with murals.

We — my daughter, granddaughter and I — made our plans in January for a three-generation trip that would check off another destination on my bucket list: Sisters, Oregon, home of the world’s largest outdoor quilt show.

Always the second Saturday in July, this was its forty-fifth edition. Elizabeth found the best flight plans and Sarah scouted places to stay and sights to see.

Then came the coronavirus pandemic. The quilt show committee adapted by hosting a virtual show. We adapted by canceling those plans and finding a “doable trip.”

We chose to go to Knoxville, Tenn., a city we had driven around, but never explored. Elizabeth became our travel agent. She found an Airbnb near a city park on the Tennessee River and within walking distance of trendy coffee shops and eateries and a short drive from downtown. She tuned into Knoxville happenings by adding the city to her Instagram account.

Granddaughter Charlotte joined us making this a three & a half-generation trip by virtue of her and Sarah’s age difference. Proving “age is just a number,” they were kindred spirits scoping vintage shops, riding scooters in the park, making “epic” Tik Tok videos and eating ice cream.

We wore face masks in the car for the four-hour-plus drive and when out and about. Our first stop in Black Mountain for lunch at the near-empty Veranda restaurant and short walk about town was planned. The next in Asheville, at a vintage store was not; it was to kill time and avoid the traffic backup on Interstate 40. Sadly that did not make a difference. Traffic slowly crept the last miles before Tennessee.

Downtown Knoxville was welcoming and easy to explore. There was a large tree-canopied park surrounded by restaurants and shops (not all were open). A large statue reminded us that women have Tennessee to thank for the right to vote.

At the edge of a lengthy alley filled with murals, just across from a beaming face of Dolly Parton, we witnessed a trio of young artists reproducing a Beauford Delaney self-portrait that became more meaningful during our visit to the Knoxville Museum of Art.

The main exhibit at KMA through October is more than 50 paintings including the aforementioned 1944 self-portrait. Delaney, (1901-1979) a Knoxville native, overcame poverty, racial discrimination and mental illness to achieve international recognition. James Baldwin, 22 years his junior found his way to Delaney’s Greenwich Village apartment in the early 1940s when he ran away from home.

Delaney moved to Paris at his friend’s suggestion to escape racism, only to become isolated from fellow artists through the language barrier. He never returned to the states, dying alone in a psychiatric hospital. Knoxville welcomed him home with this expansive exhibit.

We trekked through the zoo and the UT arboretum. They enjoyed a hike to a sunflower field one evening. We were impressed at the size of the university campus, the stadium by the river and hills students would have to climb.

Conditions beyond our control prevented our visiting the History Museum and taking a river cruise.

In planning the route, Elizabeth noted it was only 5 minutes longer to travel to our destination by I-81, thus we chose that route to return. Traffic was lighter and the vistas, beautiful. Sarah found a healthy choice for lunch in picturesque Abington, Va., before we headed toward Pilot Mountain and home.

Thanks, ladies for making this trip happen. As always, it was fun and mind expanding. One thing for which I am grateful: we were not in Portland this weekend as we had planned!

Colfax woman killed in crash on Bryan Boulevard that injured a baby and another person, Greensboro police say

GTCC 'deeply saddened' by death of college's chief of police

Scene and heard, a quiet morning following a marquee group at the Wyndham Championship