MNF: The latest scores and updates from the Saints vs. Raiders

Divine Designs: 5 examples of Greensboro's historic churches and synagogues
0 comments
Share this
Only $5 for 5 months

GREENSBORO — The rarest of features can be found in the buildings of local houses of worship.

There are windows purchased in the 1800s. Others represent important hallmarks in the faith.

"I was wowed by what I saw," said Robert Jaeger, president of the nonprofit Philadelphia-based Partners for Sacred Places, who visited the city several times as part of a proposed project with Preservation Greensboro to save the community's historic and architectural treasures.

"I came away concluding that Greensboro has, for its size, one of the finest collections of historic churches and synagogues in the country," Jaeger said via telephone.

The following highlights five of them:

Our Lady of Grace Catholic Church on West Market Street, with its hand-carved imported pink granite exterior and period sculpture, is considered one of the last great cathedrals built anywhere in this country.

"The inspired history of many centuries," wrote Ethel Arnett in 1955 in the book "Greensboro."

Above the main entrance of the church, with its high ceilings and period sculptures, rests a statue of the Virgin Mary holding baby Jesus.

Human skill reflective of that used in other landmarks known around the world, such as Notre Dame in Paris, crafted the church, said Benjamin Briggs of Preservation Greensboro.

More than 30,000 pieces of cut stained glass were imported from Belgium for the construction, along with chiaro marble from Italy for the sanctuary and side altars.

The Greene Street campus of Temple Emanuel was built in 1923 when American history — the Colonial Revival period — was popular, so the exterior of Temple Emanuel takes a traditional appearance with columns and tall ceilings. The red brick exterior is similar to historic buildings in Boston, Baltimore and Charleston, with a hand-carved marble portico, Briggs said.

"There are synagogues in Charleston and Boston and Newport, Rhode Island, that go back to 'George Washington visited them,' so I think they were looking back and reflecting on their own American history," Briggs said.

When the congregation built a new sanctuary on Jefferson Road in 1999, the Temple imported sand-colored stones from Jerusalem for an 18-foot-tall rock.

It also installed a stained-glass image of the Burning Bush and the parting Red Sea.

In only some ways did Asheboro Street Friends Meeting on Martin Luther King Drive reflect the simplicity of Quaker values: enjoying space for the simplicity of space, with clean lines and no stained-glass windows.

The brick church, now Skenes Chapel Holiness Church, lacked a steeple and a grand entrance, but it remains one of the few of its type for other reasons. Built in 1910, it is one of the earliest examples of a Quaker meeting house with columns in the front, a neoclassical style of architecture.

The Quakers were trying to join mainstream society a little more than they had in the past,  Briggs said. Quakers, for the first time, were beginning to show off a little — they were incorporating music and hiring pastors."

But it was six years later in 1929, and a definite shift had occurred in architectural taste for more exotic-looking buildings. Houses in the suburbs had taken on the styles of Italy and France — Tudor-style with a medieval look — and so did the church.

The building's French Norman Revival style is modeled on an existing cathedral in Albi, France. A northwest stained glass window with a Star of David overlooks the synagogue, reflecting the close relationship with Temple Emanuel.

When the church moved from Summit Avenue, four prominent women purchased the church's old brick buildings — portions built as early as 1892 — for a community center that eventually housed the public library as well as the Greensboro Historical Museum. In 1964, the museum became the only tenant.

Among the features that remained is a large window of the congregation's original stained glass, featuring a rendition of Jesus surrounded by children.

West Market Street United Methodist Church, with windows recycled from the German pavilion at the World's Columbian Exposition in 1893, the year it was built, is often overlooked by drivers maneuvering through the city's main downtown streets.

Greensboro's growth during the 1880s and 1890s, the Victorian period, was exemplified by picturesque architecture that looked like castles and monasteries, with elaborate details.

Designed in the fortresslike Richardson Romanesque style, the look was uncommon in the South.

The campus is built around a main massive tower surrounded by lots of smaller towers, stained glass, carved stone, rounded arches and gables.

North Carolinians continue to vote by mail at a record pace

Marshall beats No. 23 App State in a matchup of old SoCon rivals 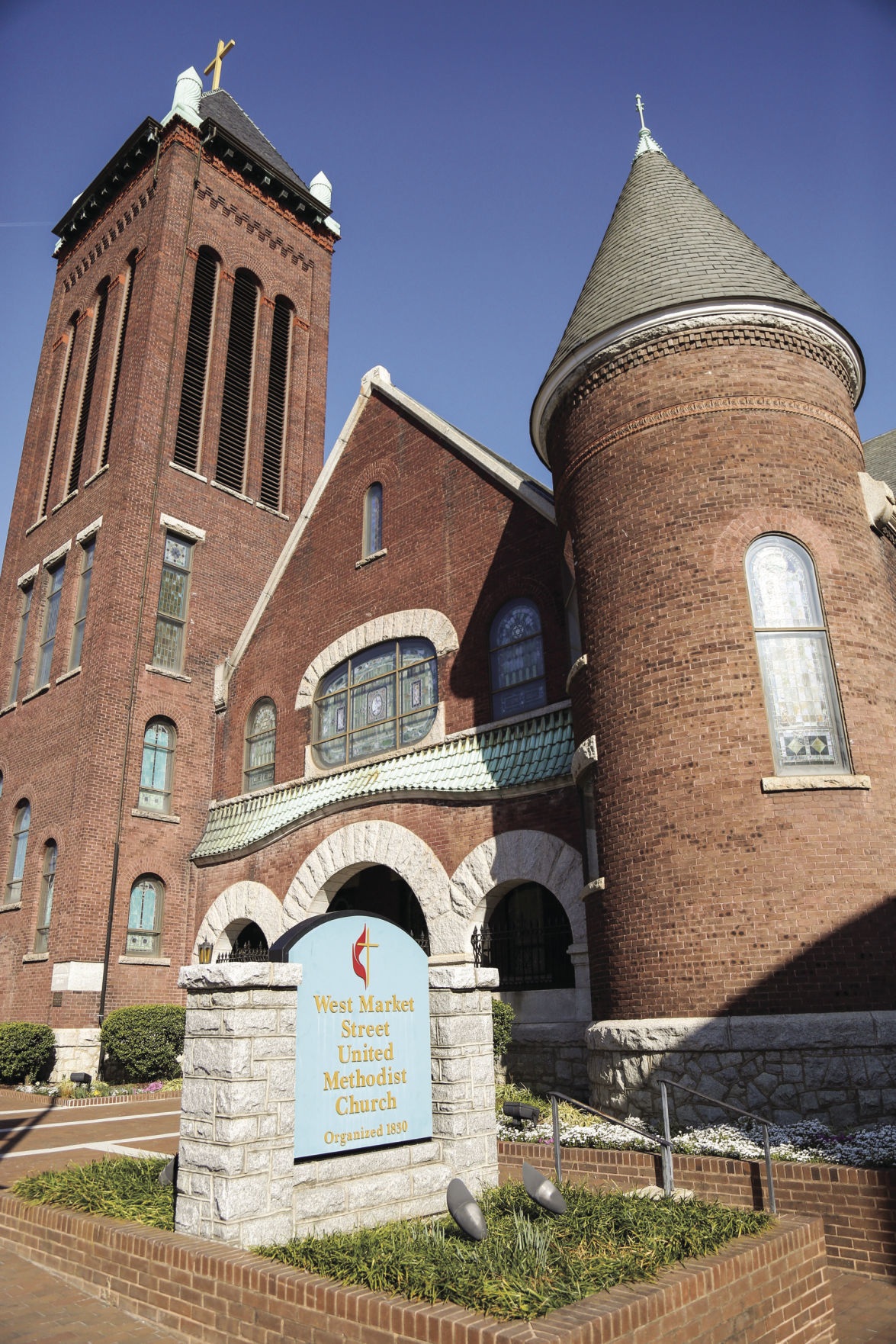 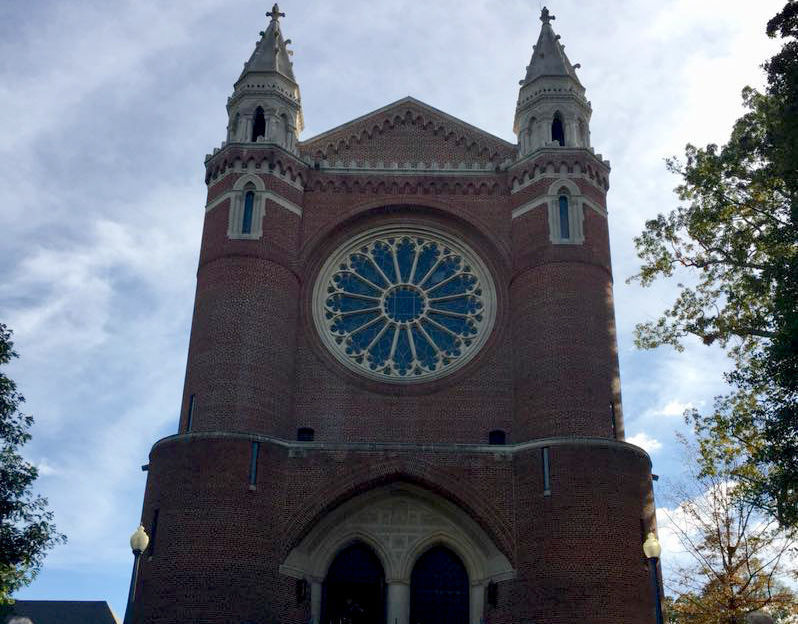 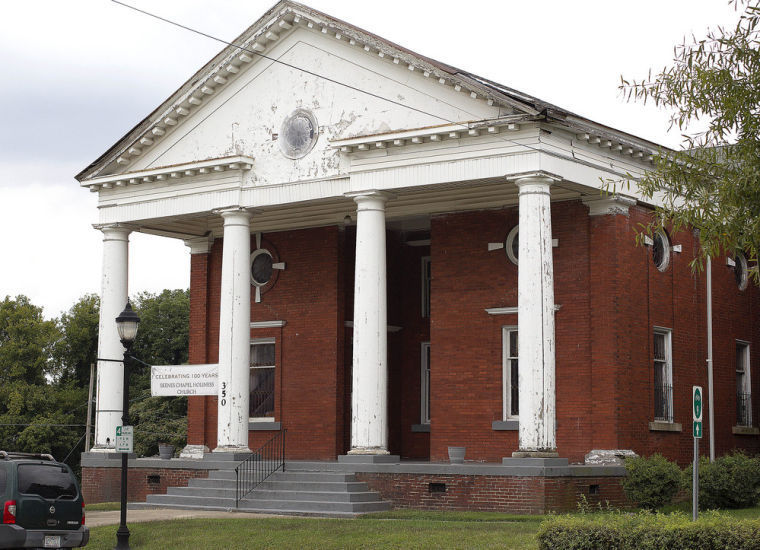 The old Asheboro Street Friends Meeting (now Skenes Chapel) was built in 1910. The brick church lacked a steeple, but it remains one of the few of its type for other reasons. It is one of the earliest examples of a Quaker meeting house with columns in the front, a neoclassical revival style of architecture. 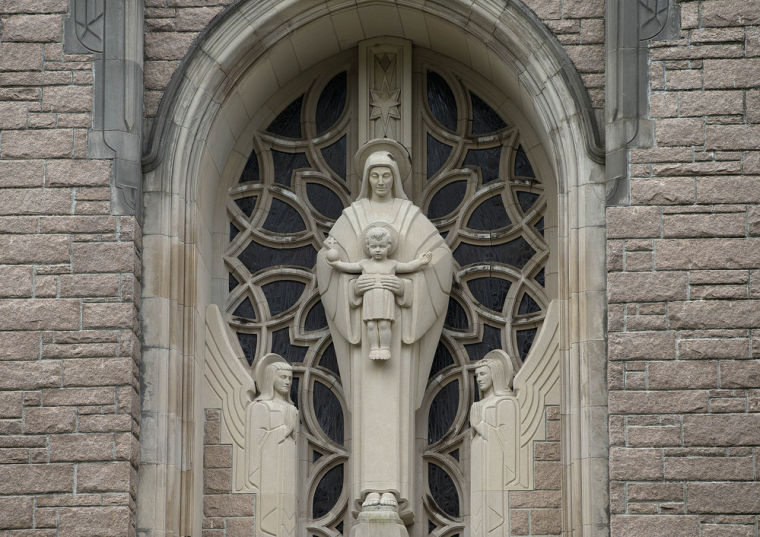 Above the main entrance to Our Lady of Grace Catholic Church rests a statue of the Virgin Mary holding baby Jesus. The craftsmanship and material involved in the church’s construction would make it unlikely that it could be built today. 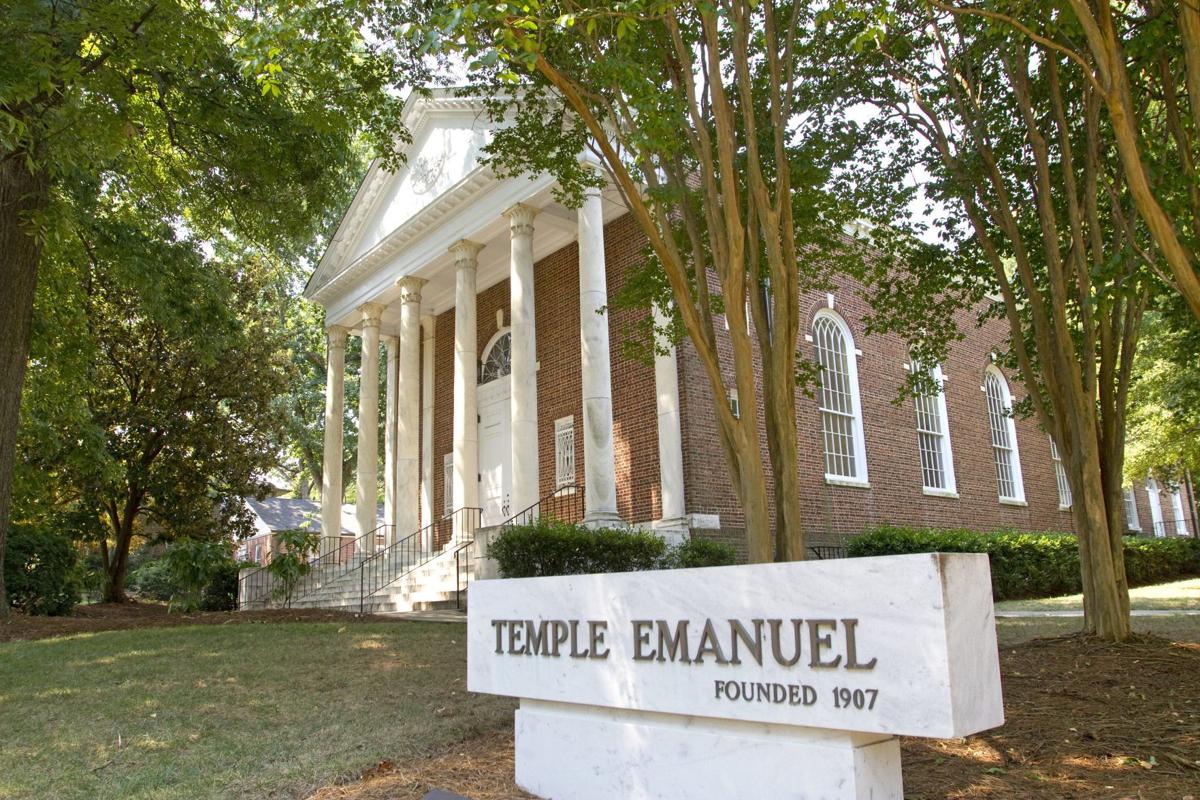 The red brick exterior of the old Temple Emanuel on North Greene Street is similar to historic buildings in Boston, Baltimore and Charleston, S.C., with a hand-carved marble portico.