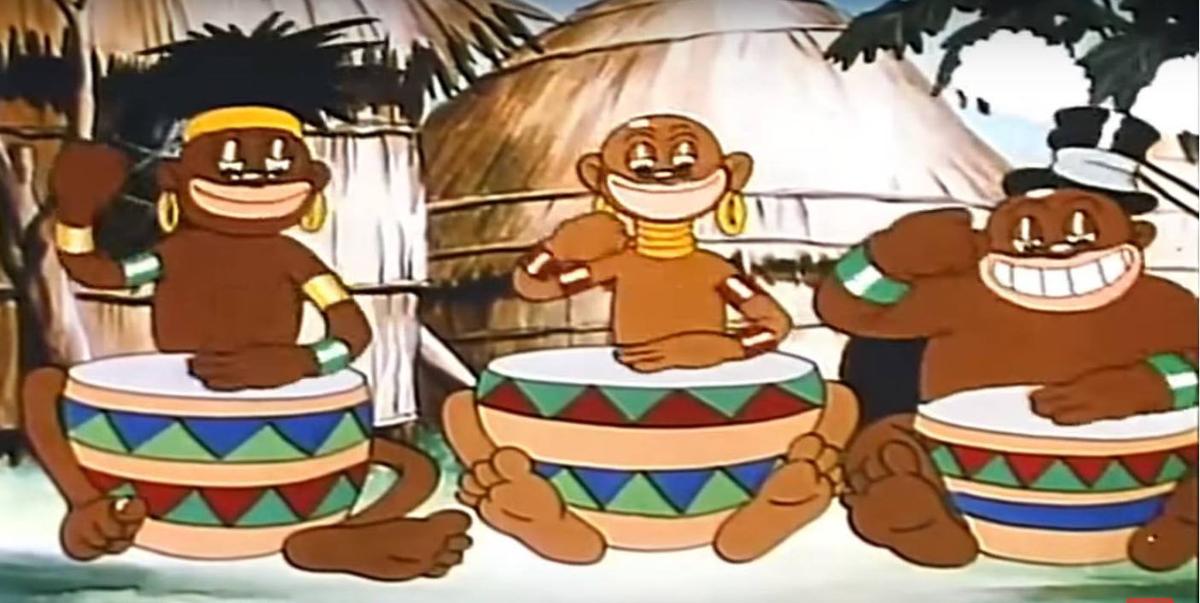 A 1908 clip from the High Point Enterprise. 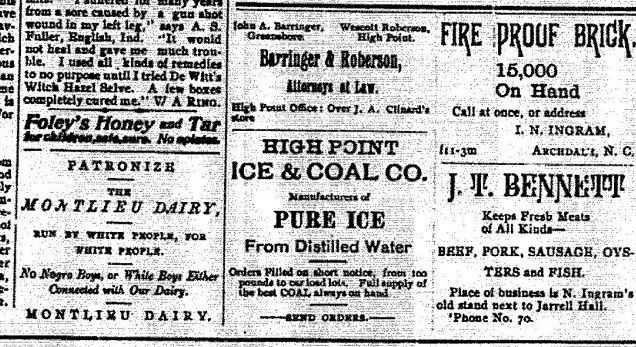 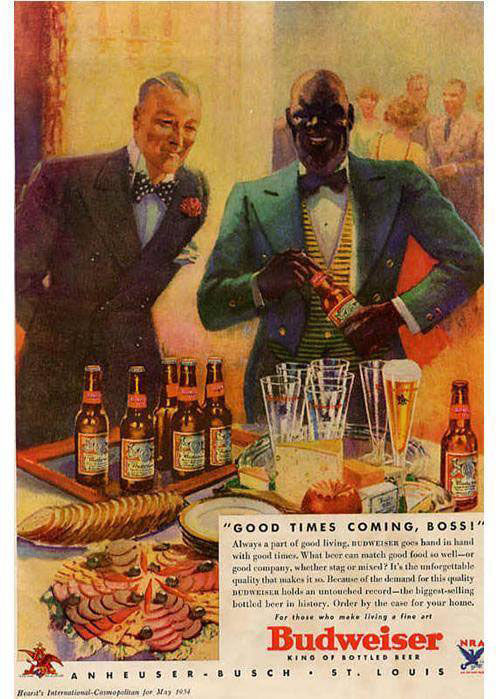 A 1934 Budweiser ad with the caption “Good Time Coming, Boss!” 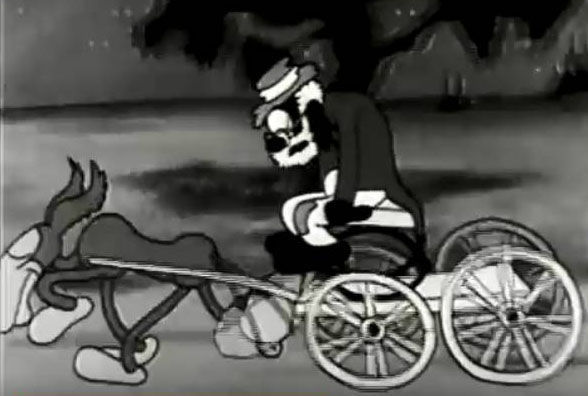 Some people don’t know how separate and unequal America was before the 1960s. It was like monkey see, monkey do when it came to racism and the treatment of black folks. This is what happens when hatred and bigotry are practiced “just because.”

So just when did this hatred and fear of the black man begin?

Racism in America is as old as America itself. When white explorers set foot on American soil and saw what they called a “Red Man,” they immediately began enforcing the white privilege they had been taught.

So “You don’t look, talk or worship like me” became the reason for non-acceptance both socially and legally. This was to be repeated once slavery was introduced in America.

The one thing I will never understand about slavery is why there was so much hate for Africans who didn’t ask to come to America. This hatred has been perpetuated over hundreds of years using names and descriptions that made sure there was no mistaking who was black, who was white, and who was equal.

Over the years, the majority has referred to us as colored, black, negro, negra, negress, nigra, “n” word, boy, girl, Uncle Tom, Aunt, Mammy and Sambo. These names are used to punish and humiliate black people “just because.”

Hundreds of years have passed, and we are still living in a world which uses color and derogatory statements to keep America divided. There is a lot of money and power associated with division.

If an article made no mention of race, the “race code” identified the person. Example: A May 8, 1938, High Point Enterprise headline said “Police search for man named Collins.” Since race wasn’t mentioned, we know Collins was white.

Some people still yearn for what they perceive as the “good old days” when black folks “knew their place.”

During the “good old days,” words, outlandish cartoons and caricatures were used to soothe the fragile ego of racists while demeaning black folks. Words and pictures were the main weapons to keep both races fearful of each other, and High Point was no exception.

Take the Enterprise ad May 7, 1902, for Montlieu Dairy: “Patronize the Montlieu Dairy, Run by White people for White people. No Negro boys, or White boys Connected with our dairy. Montlieu Dairy.” I wonder if they made chocolate milk. Good example of using race and hatred to sell a product.

On Jan. 1, 1908, the Enterprise ran an article entitled “The Devotion and Loyalty of the Old-Time Negro Befo’ de Wah (before the war)!” There was no author’s name, and it didn’t mention the Negro dialect. Instead, it talked about Dixie Leach, of High Point, who did what she called a realistic painting depicting the old time Negro. From that painting, Leach created a collection of post cards portraying what she perceived as the old-time Negro.

So who wrote “Befo’ de Wah”? There are many writings mocking the way slaves and free people of color talked, but this was a new one for me. I Googled it and found “Befo De War ... Echoes in Negro Dialect” by A.C. Gordon. This is the type of rhetoric that fueled racism.

Over 12.5 million black slaves, who spoke many different languages, were brought to America, and after they were freed from slavery, people chose to poke fun at the way they talked.

What did they expect when for hundreds of years our government wrote laws forbidding the education of slaves?

Oxford Living Dictionaries defines race-baiting as “The incitement or exploitation of racial hatred, prejudice, or tension, usually (especially in later use) for political gain.”

Race baiters spend their time playing to the anxiety, fears and insecurities, not just to hurt people, but to profit in some way.

Well-known movie studios like Warner Bros., Walt Disney and Universal were big time race baiters. They used carefully crafted cartoons to inflate the ego of one race and humiliate another. I remember seeing many of these at the Ritz Theater on East Washington Street when I was a child.

The following are some of the most hateful and disgraceful forms of race baiting I have ever seen. I found them on Jim Crow Museum of Racist Memorabilia, a website maintained by Ferris State University.

The Ferris State University museum exposes the real world of disdain and the degree of hatred the majority heaped upon me and my people.

“With his racist colonial plot, Burroughs glued animals, savages and Africa together in the American mind, and redeemed white masculinity after the first black heavyweight champion knocked it out in 1908,” Kendi wrote. “Forget boxing and Jack Johnson — white men embraced Tarzan, the inspiration for comic strips, 25 sequels and dozens of motion pictures.”

Will it every end? Christians have done little to address problems that divide us racially. Instead, they hide and pretend it doesn’t exist, which has helped fan the flames of racism.

Despite hundreds of years of inexcusable treatment and killings, black folk have survived like the pyramids of Egypt. We aren’t going anywhere, so, let’s come together and put a stop to race baiting and racial hatred now.

A 1908 clip from the High Point Enterprise.

A 1934 Budweiser ad with the caption “Good Time Coming, Boss!”