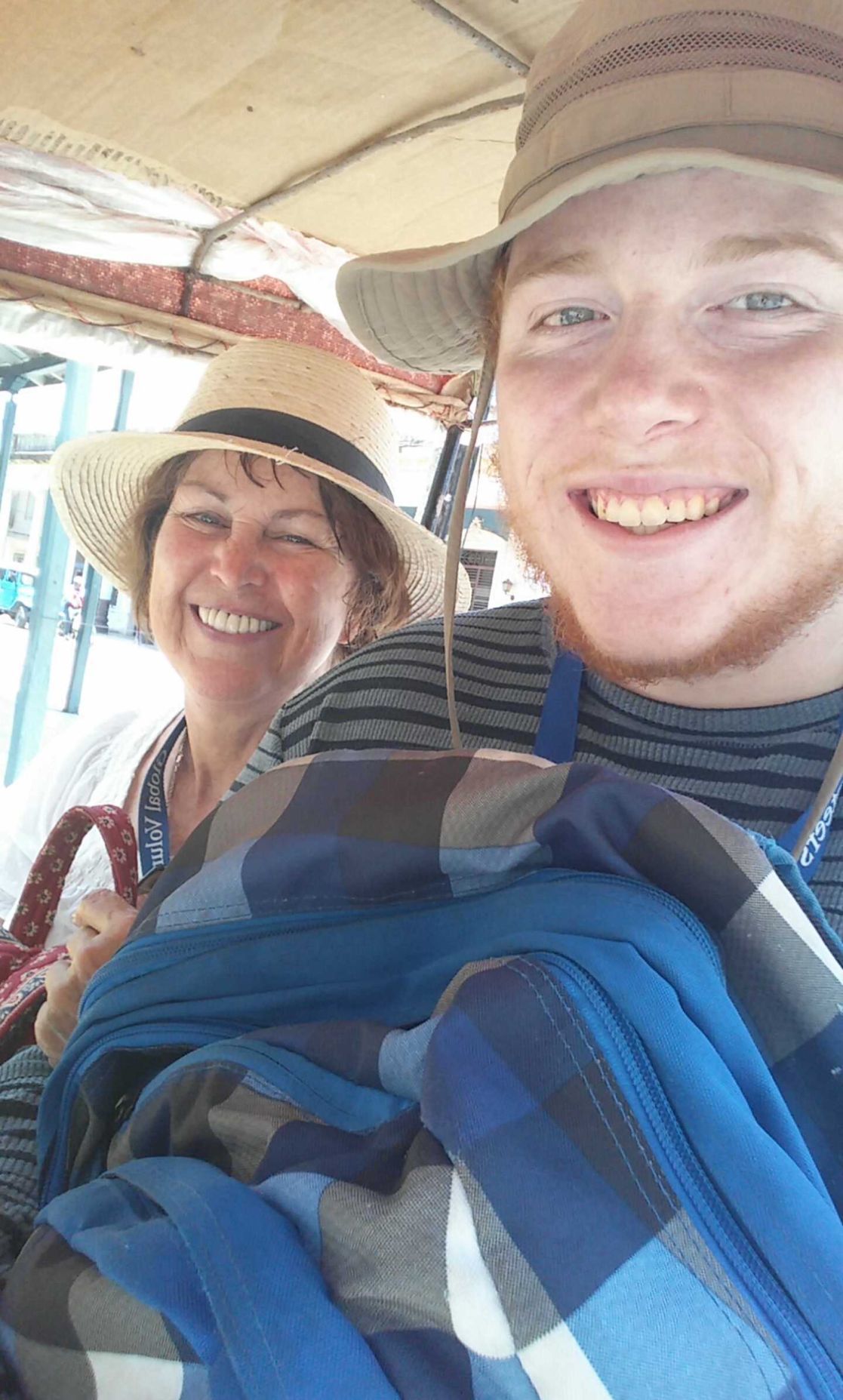 Glenda Biggerstaff and her grandson, Andrew Salmon, 19, were part of a team of 15 volunteers. 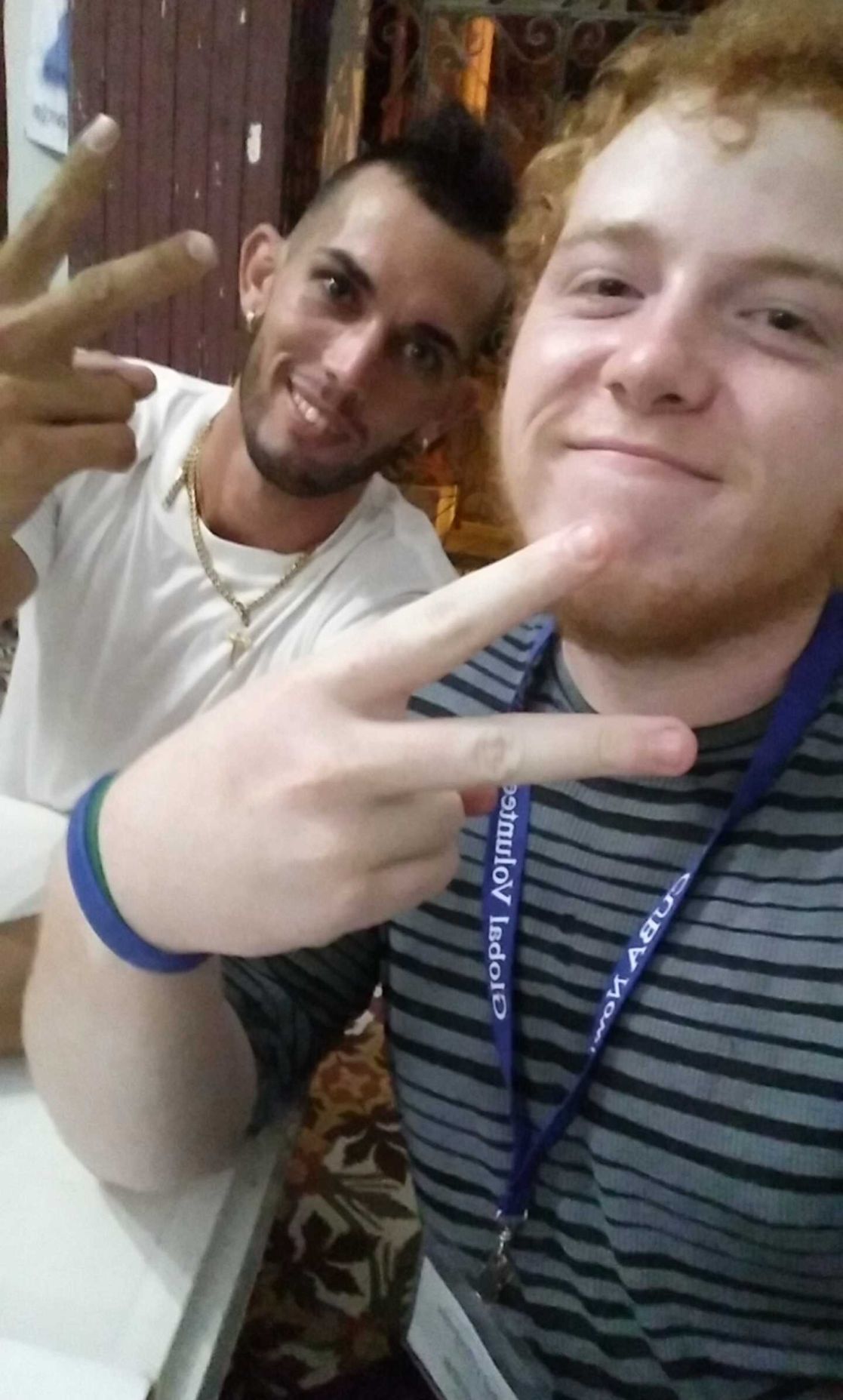 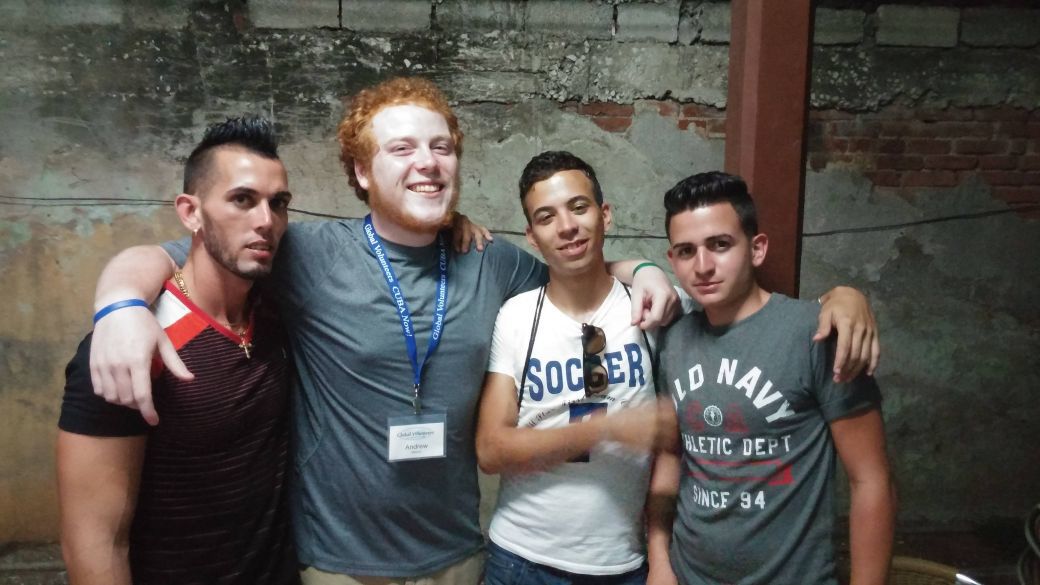 Because he was the only member of the volunteer team younger than 35, many of the young people in Cuba flocked to Andrew Salmon during his trip. 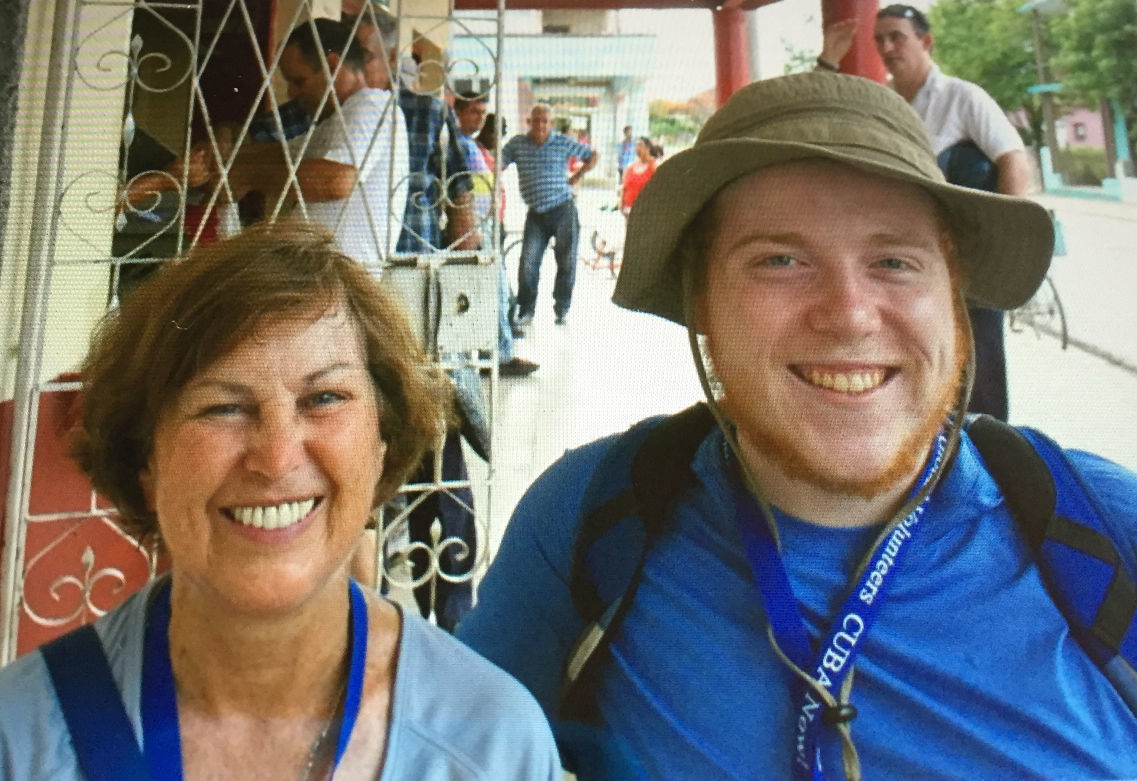 L to R: Glenda Biggerstaff and her grandson, Andrew Salmon, were part of the first legal U.S. team to volunteer in Cuba.

The Greensboro woman was part of the first legal American volunteer team to Cuba after travel restrictions were eased. And she got to serve with her grandson, Andrew Salmon.

Biggerstaff has volunteered in Romania three times. Back when Salmon was 8, he told her he wanted to go with her on an international volunteer trip one day.

She and Salmon, 19, also from Greensboro, recently served on a team through Global Volunteers, a U.S. provider of Cuban volunteer teams. No other non-governmental organization is offering volunteer opportunities in Cuba, said Michele Gran, cofounder and senior vice president of Global Volunteers.

“We pioneered international service programs with short-term volunteers in 1984, and since then, we’ve pursued development partnerships with communities where the U.S. has had troubled relationships — Vietnam, Romania, China, Russia, Indonesia, for instance,” Gran said. “Cuba has been on the top of our list.”

Biggerstaff and Salmon volunteered in Ciego de Avila, Cuba, where they taught conversational English and helped with tasks such as gardening, sewing and working on a construction project at the church that hosted their group. They were there May 17 through 30.

Biggerstaff and Salmon were part of a team of 15, and though several couples participated, they were the only grandmother/grandson duo.

“We’ve always been travel buddies, but we had never been on a volunteer trip together,” said Salmon, a sophomore at UNC-Asheville majoring in literature.

Salmon said the conditions in Ciego de Avila were poor, with decrepit and crumbling buildings, exposed sewers and undrinkable tap water that carried cholera. Stray dogs were everywhere, with dead ones often rotting in the streets. Cars were a rarity, and he and his grandmother walked most places.

“Their infrastructure hasn’t been updated in decades, and I could tell,” Salmon said.

Despite the harsh conditions, both Salmon and Biggerstaff described the people as incredibly warm and wonderful.

“We were treated like family, and I’m not exaggerating when I say that,” Salmon said. “They were kissing and hugging us before we even got the chance to introduce ourselves, and they fed us food and gave us incredible handmade gifts.”

Salmon said it was the most hospitable environment he had ever been in.

“I think the people really appreciated us teaching them English,” Biggerstaff said.

They became extremely close to the people, she said.

“It feels like we left behind family,” she added.

Because he was the only one on the trip younger than 35, Salmon said, many of the young people flocked to him, and he became close friends with some of the younger men, especially a young man named Tato. The two became friends within days, playing basketball and going dancing.

Salmon was also touched when another young man, Juan Carlos, made him a incredible papier-mache swan figurine.

“The figurine was made with from 23 sheets of paper, folded into over 800 individual pieces, no glue was used, and it took him 10 hours to finish the project,” Salmon said. “This was all in a country where the average income is less than $20 a month, and all manufactured goods, including paper, are in short supply.”

Salmon told Juan Carlos it was the best gift he had ever been given.

Salmon said he also realized how lucky he is to be an American.

Biggerstaff said she felt honored to be a part of the first legal team to volunteer in Cuba.

“There’s only one first time,” she said. “It was wonderful to be the first to show those people that Americans love them and want to help them.”

“Unless the current travel and trade agreements are reversed, we expect the numbers of Americans who wish to make a genuine, personal commitment to the Cuban people through Global Volunteers will continue to grow,” Gran said.

Biggerstaff said she and Salmon hope to go back to Cuba next May.

“We’ve been everywhere from Italy to Alaska, but we had never done anything this meaningful before,” Salmon said. “It made us both better people.”

For more information about volunteering with Global Volunteers, visit www.globalvolunteers.org.

Dear Annie: Let go of hurtful relationship so your 'someone special' can find you

Dear Annie: I’ve been in a relationship for about three years.

Dear Annie: After 32 years of marriage, I still battle daily with what the truth is. My husband, who I have been with since I was 17 (over 36 …

Dear Annie: Daughter not calling her mother; maybe offering a helping hand will get her to respond

Dear Annie: I am a 72-year-old woman who used to live with my daughter and her family. I moved out last January.

Dear Annie: You shouldn't be the 'backup friend'

Dear Annie: Under what circumstances is it OK to cancel your plans with one friend to spend time with someone else?

Dear Annie: I need help, but I'm so lost on what to do. Please help with some advice. I'm 52 years old and so broken. My mom passed away on Se…

Dear Annie: My 20-year-old daughter, “Jessica,” was adopted when she was 2 by her mom and her first husband, and I adopted her when she was 15…

Dear Annie: My husband used to check out other women in an obvious way, but no more.

Dear Annie: I love her as the mother of my child — but I'm not in love with her

Dear Annie: I have a child with a woman who is 20 years younger than me. Having a child was not planned. I’m grateful for our child, but I’m n…

Dear Annie: Molestation victim wonders how he can hold the woman, whom he later married, accountable

Wake Forest-Army football: Here's what the beat writers are talking about

Glenda Biggerstaff and her grandson, Andrew Salmon, 19, were part of a team of 15 volunteers.

Because he was the only member of the volunteer team younger than 35, many of the young people in Cuba flocked to Andrew Salmon during his trip.

L to R: Glenda Biggerstaff and her grandson, Andrew Salmon, were part of the first legal U.S. team to volunteer in Cuba.