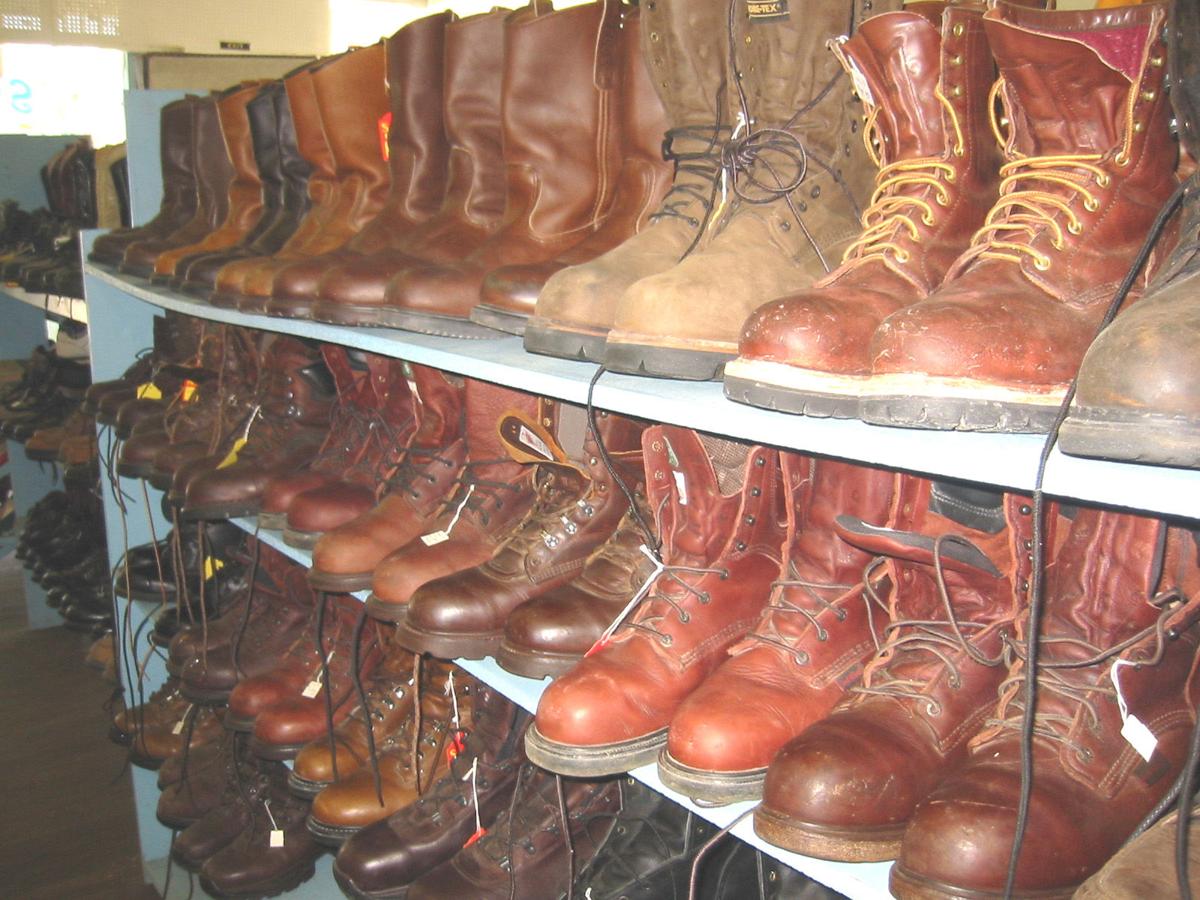 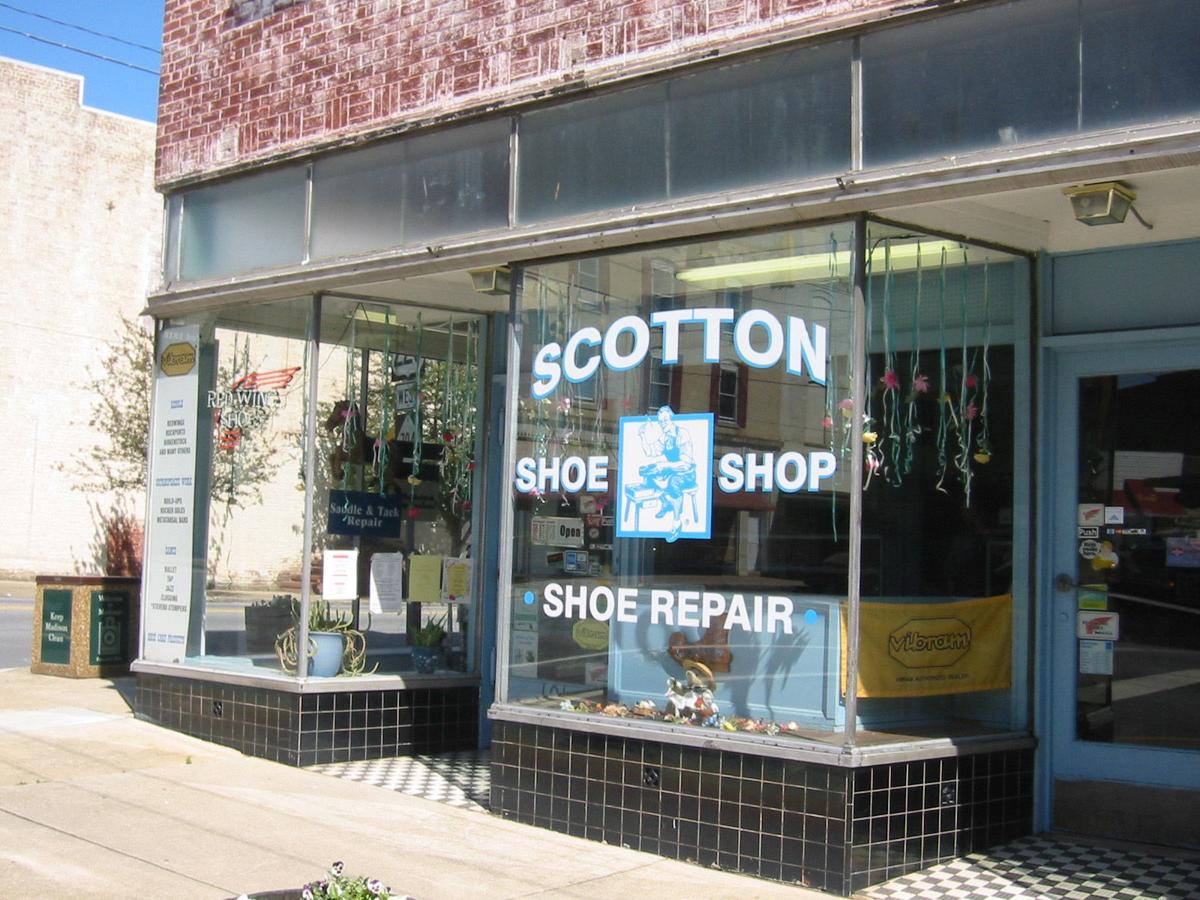 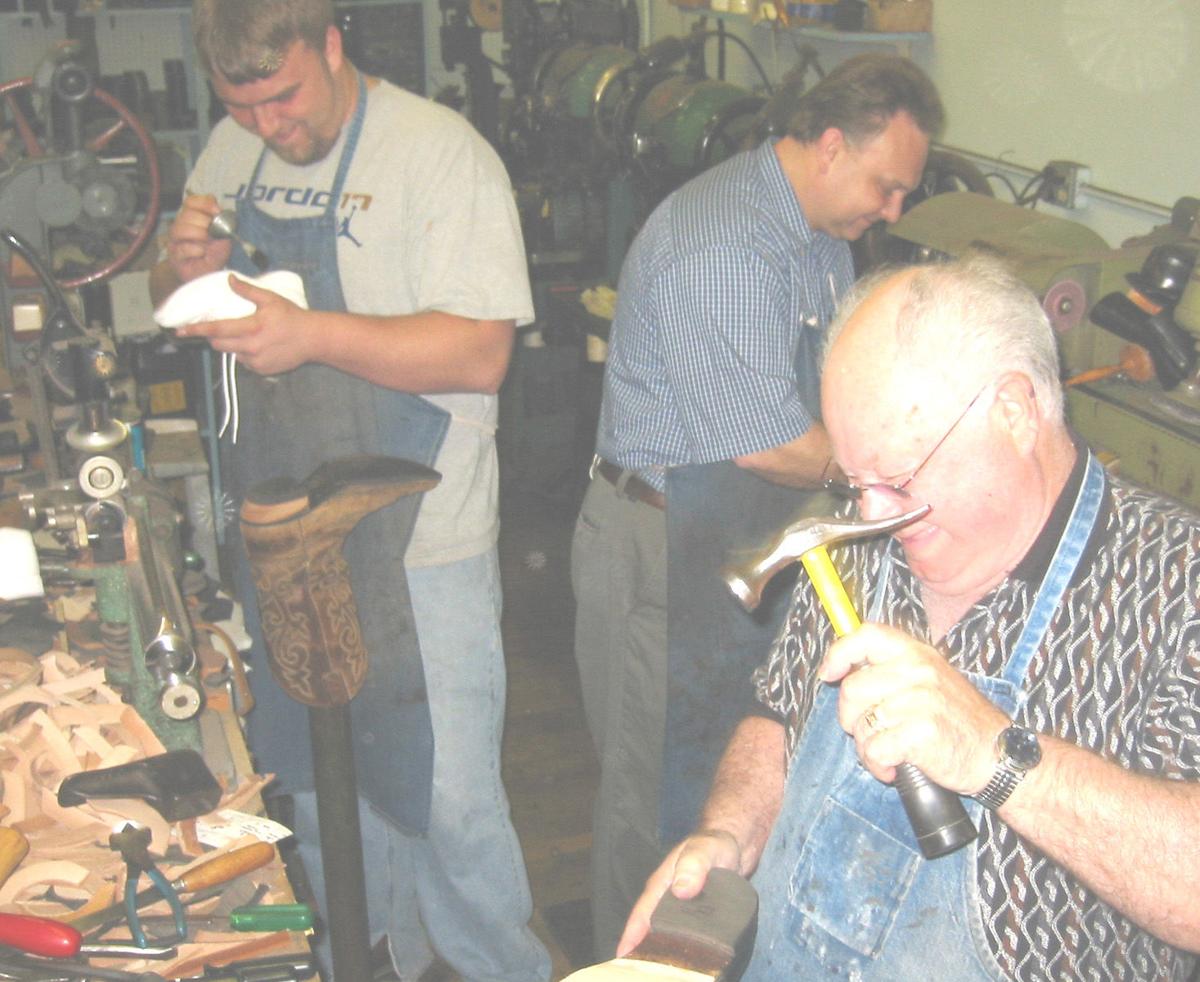 MADISON — For the Scotton family — four generations of them — there’s been no business like shoe business.

Scotton’s Shoe Shop is celebrating its 70th year this month. During that time, there’s always been a Scotton behind the counter, restitching a broken sandal strap, resoling loafers or putting a mirrorlike luster on a pair of wingtips.

In today’s use-and-discard society, one might think shoe repair is a dying trade. Not so, says Curtis Scotton, 67, whose late father, Coy Scotton, founded the business in 1934.

“Madison has been good to us,” says Scotton, who works occasionally since handing the business over to his son, Brian Scotton, in 1980.

In the shop on the corner of Murphy and Market streets, the rich smell of leather mingles with the pungent odor of shoe polish. Every shoe leaves the shop with a fresh shine.

From the work area in the back, a sewing machine hums, keeping rhythm with the syncopated ping of a cobbler’s hammer pounding nails into the heel of a shoe.

Curtis, a portly man with tufts of silver hair on the sides of his head, can zing one-liners as fast he can buff a pair of Weejuns.

Now, Curtis spends most of his time behind the pulpit at Solid Rock Baptist Church in Eden, where he is pastor. But he helps out at the shop if they get behind.

Preserving the family business is important to him, and he’s pleased it’s become a family legacy.

Most folks around Madison knew Coy Scotton by his nickname “Crip.” He’d had polio as a child and had a weak leg and a limp.

It’s why he became a cobbler. “He couldn’t do farm work, and this was something he could do,” Curtis says. Coy went to an apprentice school to learn the trade.

“I went in with my dad in ’57,” says Curtis, who learned the trade from him. At first, Curtis worked only during the winter. The rest of the year, he farmed.

Winter was the busiest time for the business, Curtis recalls. And it wasn’t just shoes they were fixing.

In addition to repairs, Coy also made custom sandals by tracing around customers’ bare feet. Then he’d carefully cut out soles and leather bottoms and attach straps between the two layers.

When Coy was killed in a car accident in 1960, Curtis and his wife, Eulalia, took over the business. The shop was on Market Street at that time, a block from where it is now.

For several years, Curtis, Eulalia and their four children lived in the back of the shop. “We grew up in this business. Daddy had us shining shoes as soon as we could see over the machine,” says Brian, the oldest.

Curtis kept an empty shoelace box by the cash register. Shoeshines were 50 cents in the 1960s, and all that money went into the cardboard box. At the end of each week, a different child was given the money, which always went into a savings account.

The children grew up making toys out of leather and shoe soles. They’d don denim aprons and pretend to be shoemakers. Once, Brian put shoe polish on the head of one of his brothers.

At night, they’d sneak peeks out the storefront window, where they could watch the goings-on at a pool hall across the street. “It was better entertainment than television,” Brian says.

Their shenanigans didn’t go unnoticed. “I seldom put a sole in shoes that I hadn’t whipped a child with first,” says Curtis, slapping a floppy sole on his hand to demonstrate its effectiveness. The smirk on his face lets you know that he’s prone to exaggeration.

Brian and his wife, Becky, have been at the helm of the business for 14 years. After graduating from Madison-Mayodan High School in 1978, Brian tried his hand at other jobs but settled into the family business.

“I finally realized if you’re going to do anything, you need to do it on your own. Here was an established business, and all I had to do was step into it and take off,” Brian says.

His father taught him everything he knows. And now, Brian is teaching his son, Kurt, 20, who graduated from McMichael High School in 2002. He’s been working at the shop for six months.

Brian is pleased that Kurt is showing an interest in the business.

“It’s been in the family so long, there’d be no sense in me not taking it over someday,” Kurt says.

As the adage goes: If the shoe fits … wear it.

A few weeks ago, I wrote about Kim Haley, organizer of the Mayodan cystic fibrosis walk. She dropped me a line recently to say that the April 26 walk at Farris Memorial Park raised $35,000. The money will be used by the Cystic Fibrosis Foundation to pay for research. “I will continue to work hard for CF until it stands for ‘cure found,’” writes Haley, whose 6-year-old daughter has the illness.

From worship services to volunteer efforts, a look at MLK events in the Triad

ARIES (March 21-April 19): New talent can favorably influence events, but only if given the stage. It requires that the old guard make room. I…

ARIES (March 21-April 19): People pass every day; transactions occur — pleasantries and less. But a meeting of the minds such as the one you'l…

ARIES (March 21-April 19): When you click with one person, you're actually hooking into an entire world of potential exchanges. One connection…

ARIES (March 21-April 19): You will take confident action that affects every area of your life. Being strong, decisive and outspoken in one si…

ARIES (March 21-April 19): Parents famously tell children to "do as I say, not as a do" when, of course, it almost never works. The big messag…

Progress is tough to gauge in a rebuilding program, but Wake Forest finally found some on Saturday