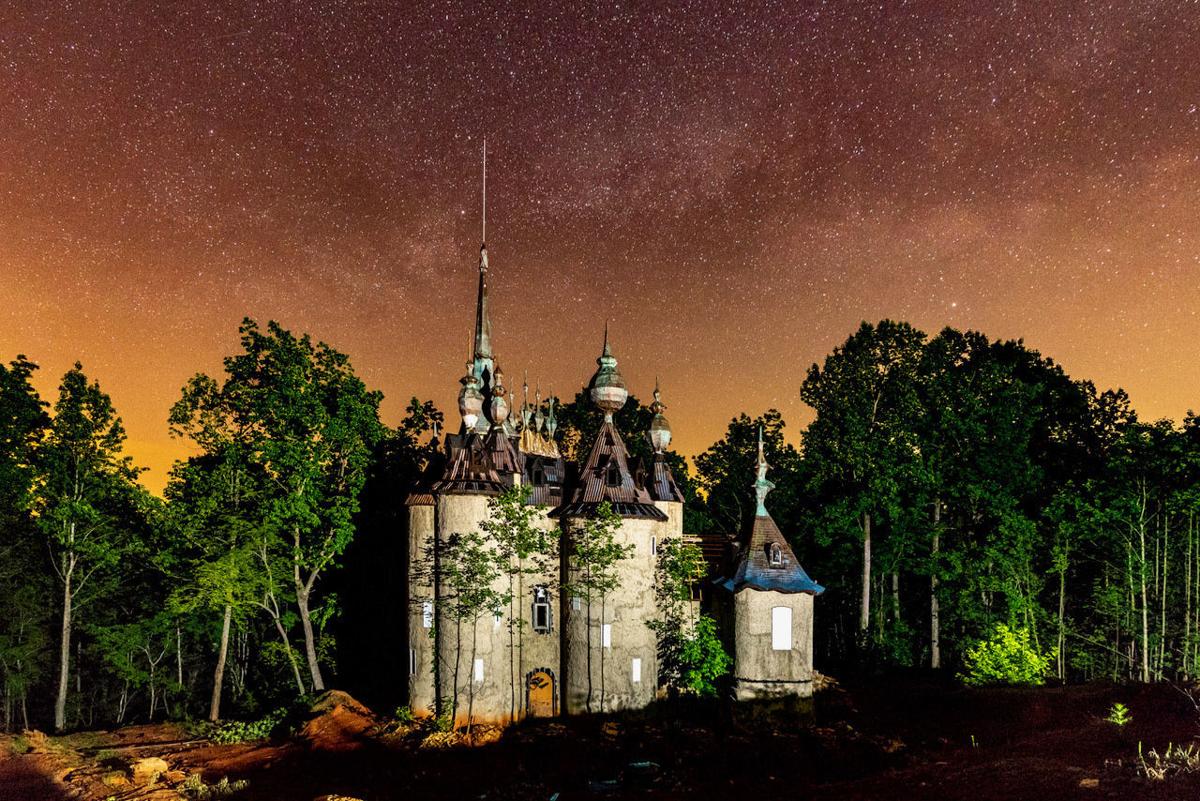 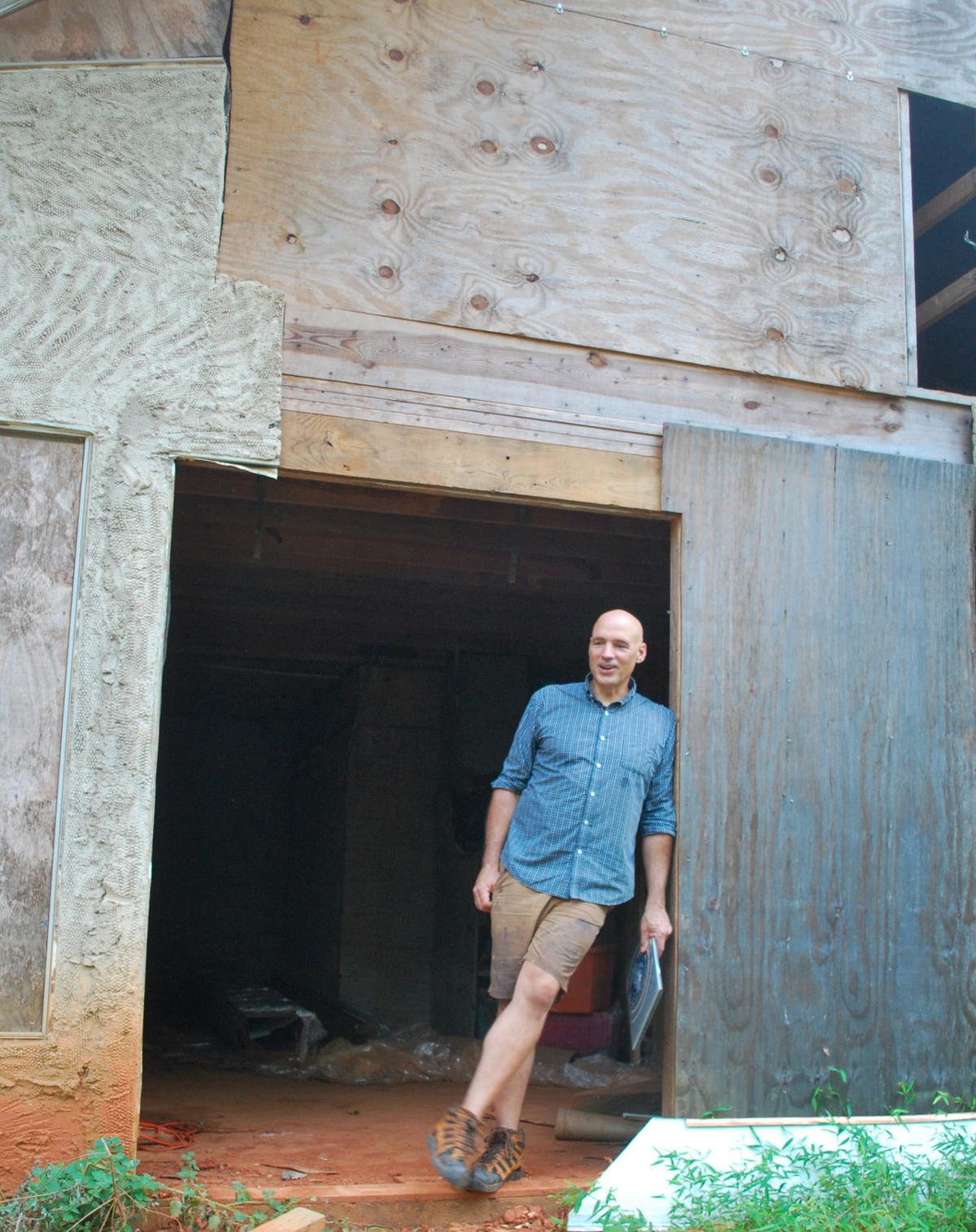 Sculptor and Castle Mont Rouge’s creator Robert Mihaly, 52, thinks he’ll open the castle to the public in 2021, possibly as an event space. 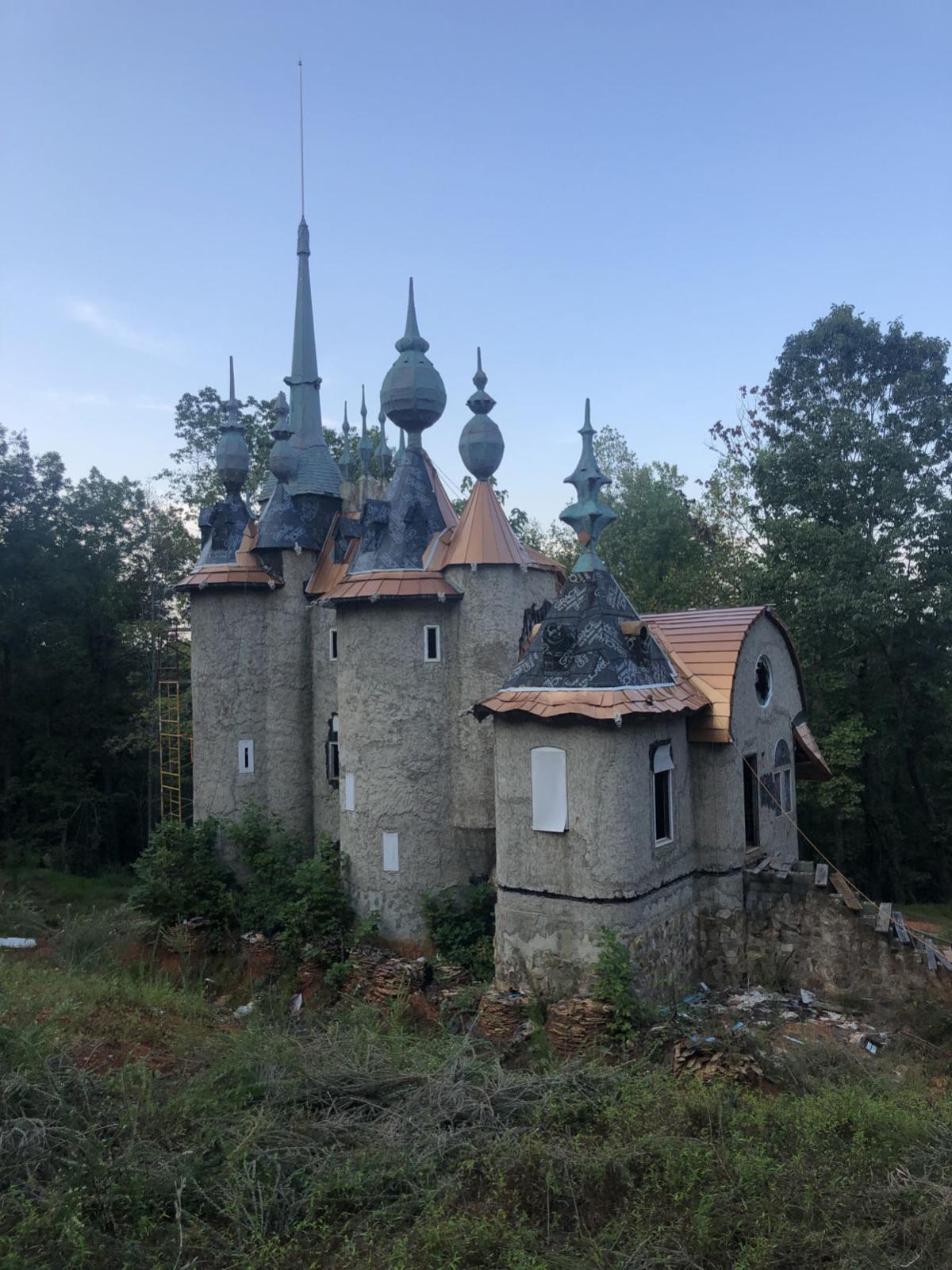 ROUGEMONT — Move over, Biltmore House, and make way for Castle Mont Rouge. Located 25 minutes north of Durham, it may be one of the most discussed structural oddities in the state.

Castle Mont Rouge looks plucked straight from a fairy tale: a bona fide castle, nestled among a stand of trees. Though it’s complete with turrets, gargoyles, rounded grey walls and a sloping roof, the castle is not the polished work of a professional builder.

Some observers see it as a business opportunity, others as an oddity, others still as a relic. To the castle’s creator, Robert Mihaly, the castle stands as a beacon of hope.

Mihaly, 52, has a tall and athletic build. He is a sculptor by trade, with pieces that have graced Duke University and the Washington National Cathedral. As he tromps around the castle dressed in a blue flannel shirt and stained tan shorts, he looks more like a general contractor than an artist. There’s a big difference, though: a contractor probably would have started with a blueprint.

“I thought it would be one floor with a basement,” he says. “So, I dug a hole: it was like a basement. And then I started building. And then I thought, ‘Oh this should be like two floors.’ So, I dug the dirt away from it to make it two floors. And then it was so much fun adding floor after floor, I just kept getting up in the sky.”

Caroline Smith, Mihaly’s longtime partner, met Robert in 2003. At the time, he was about three years into the project. He lived in a room of the castle, and she later joined him for a few years. Now, Mihaly and Smith live together in Durham with their two children. But living with him in the castle is an experience she recalls fondly.

“It was whimsical, fun, enigmatic, romantic,” she says.

Though Mihaly has plenty of big dreams for the castle — an artist’s studio, an “ancestral home” for his descendants, a wedding venue or a bed and breakfast — he’s mostly just enjoying the process. He started building it in 2000 as a whimsical studio space, and he has no plans for other castles.

Mihaly built most of the castle’s core and its trademark turrets, then halted his work a few years later. During that lull, other projects came to his attention and the castle became less of a priority. In 2017, he brought an end to an “obligatory castle ruins phase.”

Mihaly began restoring it: but not before vandalism stole some of its former glory. Almost all of the windows are broken or simply unfinished. The roof is equally incomplete. The terrain on which the castle sits is rocky and unstable, but the structure’s physical beauty is still impressive.

“For some people like myself, the older you get, the more of your own messes you realize you need to clean up in life,” he says. “And there’s obviously a cost to it like, ‘Oh I have to redo all this stuff.’ But I was away from (the castle) for long enough that I guess in some ways I developed as a person and all.”

Mihaly thinks he’ll open the castle to the public in 2021, possibly as an event space. In the meantime, you can often find him working on the roof of the structure, clipped in safely with climbing gear. When it’s complete, he estimates that the castle will cost $200,000.

Each day, Mihaly says, one or two carloads of people come to catch a glimpse of the castle. Mihaly says that, over the years, about 20,000 people have visited it. That much reach has conceived countless online speculations about the sculptor’s inspiration, emotional state and creative process.

“Well there was, ‘He was building this castle and then his wife died and broken hearted he abandoned it,’ Mihaly said. “I used to tell them, ‘I don’t have a dead wife.’ And then I thought, ‘It’s such a romantic story, I can’t destroy their spirits.’”

Dale Tillman, director of inspections for the Person County Inspections Department, says that Mihaly would have to “start over at the beginning” of the inspection process. Mihaly is allowed to patch up the roof to stop it from leaking, but he’ll need to renew the permit to do anything more. And, if he would like the castle to double as a studio, he’ll have to get approval from the Planning and Zoning Department as well.

Elizabeth King, architectural survey coordinator for the North Carolina State Historic Preservation Office, says the castle has a “whimsical, magical quality” that evokes thoughts of European architecture. But could the castle itself be categorized as folk art? Outsider art, possibly?

“They see things a little bit differently,” she says of artists whose work falls in the latter category. “Their art reflects that they have a little bit of a different perspective on things.”

When people trek to Rougemont, they often can’t get shake the experience. Ron Royster, who produced a music video there, is no exception. When he’s asked if he’d like to see the castle again, his response is almost immediate.

Turns out, he’s in luck.

“If you’re in my email somewhere and it says ‘castle’ or whatever in the subject line, then I’ll invite you to the castle-warming party,” Mihaly says.

At Media Hub, students are hand-picked from various concentrations in the UNC School of Media and Journalism to work together to find, produce and market stories with state, regional and at times, national appeal.

Need to get away?

Sculptor and Castle Mont Rouge’s creator Robert Mihaly, 52, thinks he’ll open the castle to the public in 2021, possibly as an event space.