We are writing to ask all our fellow North Carolinians to join us in voicing strong opposition to state Senate Bill 514. It is sponsored by N.C. Sens. Ralph Hise, Warren Daniel and Norman Sanderson, and co-sponsored by Sens. Bob Steinburg, Chuck Edwards, Joyce Krawiec and Paul Newton. They call it the “Youth Health Protection Act.” It is anything but that.

This bill is an assault on transgender health care. It is even more restrictive than similar bills introduced in other states (like the one recently vetoed by the conservative Republican governor of Arkansas because he deemed it “too extreme”). It would prevent not only transgender youth under age 18 from receiving gender-affirming health care, but even those age 18-21. Additionally, it threatens doctors who provide such care with steep fines and the loss of their licenses. It compels state employees (e.g., teachers) to immediately notify parents in writing if their child displays “gender nonconformity.” Teachers who fail to do so may face “discipline.” Finally, it protects and encourages the use of conversion “therapy,” which has been decried by medical experts as both dangerous and ineffective. If the Arkansas bill was extreme, this bill can only be characterized as cruel.

These ideas seem strange coming from a political party whose representatives pose as champions of law, liberty and less intrusive government. First, they want to redefine the age of majority (at which young people are considered adults). Then, they would severely punish doctors who seek to provide compassionate care to those who desperately need it and compel (!) teachers and school counselors to become state spies, reporting on nonconforming kids. Finally, they want to force young people fighting to be themselves to undergo the soul-wrenching stress of “conversion” to traditional notions of gender conformity.

No, this bill is more than strange, it is inhumane. It protects nothing but intolerance, and it will lead to more suicides, social isolation and drug use among a group of young people already at high risk.

Similar legislation in other states, far less overreaching, has been condemned by the American Academy of Pediatricians and medical authorities nationwide. We urge our fellow citizens to appeal to their state senators to reject SB 514.

We would like the opportunity to introduce ourselves to the senators who are sponsoring this destructive bill. We are only one family, but there are many more like us. We are the parents of two teenage sons. Our oldest, age 19, is transgender. That is not the choice of a confused adolescent. It is the struggle and the highly informed realization of a brave young man who refuses to live falsely. It is not a preference or a phase; it is a fact. It was years in coming about, and it was inevitable and completely appropriate.

Our son felt gender dysphoria long before he could name it or understand it. Then little by little, with great courage and perseverance, he began to pursue the self-knowledge he couldn’t live without. When he was about 16, he told us about it. By that time, it was really no surprise. That was one of the best days of our lives, because we could start over then, together, to talk, learn and grow, and to love our son more fully.

We don’t expect these legislators to fully understand. We know, better than most, how hard this can be. We certainly didn’t give it a lot of thought before we had to. Then we had to, and thank God for that! We are nowhere near where we hope to be, but we believe we’re on the right road, trying our best to learn and, above all, to love.

We are grateful to live in North Carolina, and strive to be positive, productive citizens, but we are embarrassed and angry about the ignorant, reckless legislation they have sponsored. No, we don’t expect them, or anyone who hasn’t experienced it firsthand, to really get it. But we do expect them to have the decency not to seek to harm those they are sworn to protect and represent.

They evidently haven’t bothered to learn much about families like ours. They should at least listen to us, recognize us and represent us. That’s their job.

Do you know this woman? Greensboro/Guilford Crime Stoppers is seeking help identifying her

Crime Stoppers pays rewards for new information that leads to an arrest.

The extra days would allow for more tutoring of students and more training for teachers.

Greensboro police have released few details about two recent shootings -- one which is now being investigated as a homicide.

The California-based Coalition for Institutional Child Abuse Prevention is questioning whether the investigation of a former day care worker at Fellowship Presbyterian Church was thorough because other children weren't interviewed for signs of abuse. The woman was sentenced last month to 50 years in prison for abusing some children at the day care center, making photos and videos and allowing them to be posted online.

Don't fill up gas tank unless you need to, experts urge. Panic buying or hoarding gas will make things worse.

Colonial Pipeline announced it was the victim of a cybersecurity attack on Friday and, as a precaution, shut down the pipeline over the weekend. It expects to "substantially" restore operations by the end of the week.

Do you have a public event in honor of Memorial Day? Send the details to people@greensboro.com and we'll include it in our upcoming list.

Of the tests returned Wednesday, 3.8% were positive, according to the latest data available.

Chantel Sonja Camack, 25, of Greensboro was taken into custody Tuesday and charged with conspiracy to commit first-degree murder.

As of Wednesday, 54% of all eligible Guilford County residents 16 and older had received at least their first dose of the COVID-19 vaccine and 48% had received their second dose or were fully vaccinated. 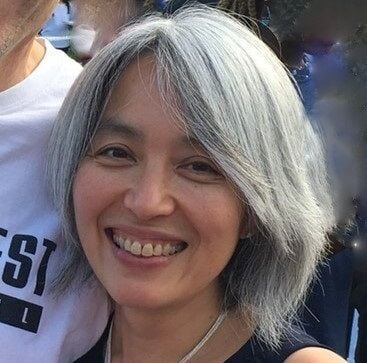 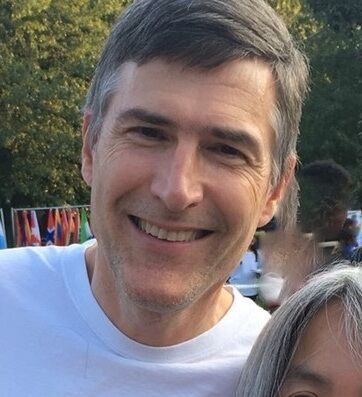