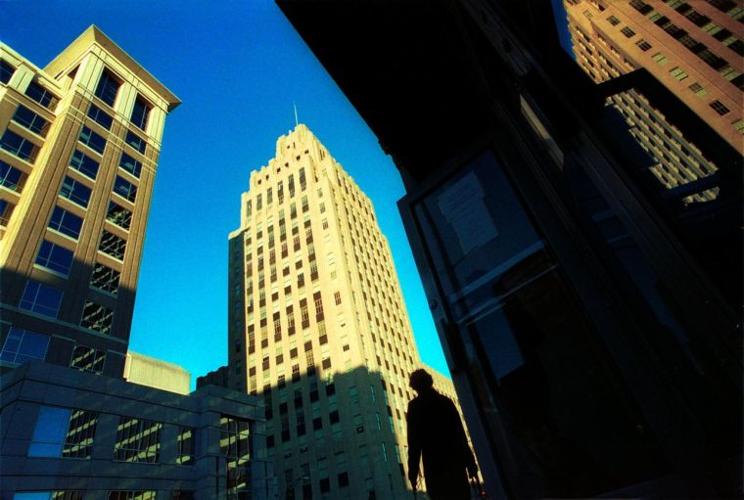 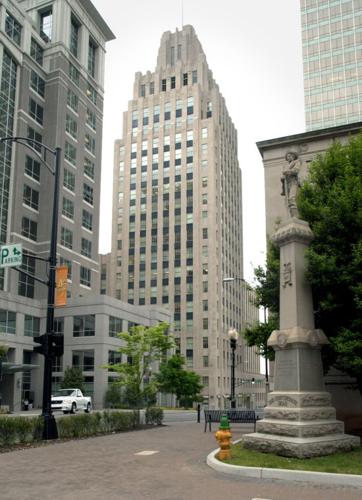 The R.J. Reynolds Building has served as downtown Winston-Salem's architectural signature for 85 years

The landmark former R.J. Reynolds Tobacco Co. headquarters has new life, having been sold today to a partnership that will convert it into a mixed-use building consisting of a boutique hotel, restaurant and upscale apartments.

PMC Property Group of Philadelphia and Kimpton Hotels & Restaurants of San Francisco are paying a combined $7.8 million for the 22-story building. A statement from Reynolds did not say how much the buyers were planning to invest into renovations.

The 313,996-square-foot building has served as downtown Winston-Salem's architectural signature for 85 years.

“From the beginning, our goal was to take extra time, care and effort ensuring we did this the right way,” said Andrew Gilchrist, president and chief commercial officer of R.J. Reynolds. “We wanted to come to the best result, not only for us but also for the city of Winston-Salem and the building itself, considering its historic significance.

“We are confident that we have found the right owners to successfully transform this beautiful building while still honoring its place in the community, and once again make the Reynolds building a centerpiece of downtown activity.”

The partners appear on the surface to have gotten a significant bargain on the deal.

Mike Depatie, Kimpton’s chief executive, said in a statement that the company is “very excited to be in Winston-Salem and to have such a magnificent building to offer as part of our collection of boutique hotels.”

“Our guests want to feel like they are part of a community when they stay with us, and the Reynolds building is full of the rich history and elegance that reflects Winston-Salem.”

Ron Caplan, president and founder of PMC Property, said the company has been reviewing downtown Winston-Salem properties “for a number of years.

“We are ecstatic that our first foray into the city is such an important landmark as the Reynolds building. We are looking forward to bringing our upscale residential living experience to the area and introducing a dynamic, downtown destination with our partner, Kimpton Hotels.”

Greensboro developer Dennis Quaintance conducted several months’ worth of due diligence in 2012 before passing on a potential luxury hotel project. He said current room rates and demand were not strong enough to justify spending tens of millions of dollars on buying and renovating the building.

“Having the iconic Reynolds building as an active development project adds another dimension to our community and further validates the viability of our economy,” said Gayle Anderson, president and chief executive of the Winston-Salem Chamber of Commerce.

Earlier this month, the building received the first key approval in the company's effort to have it placed on the National Register of Historic Places.

The Forsyth County Historic Preservation Commission unanimously approved the request that it nominate the building for the registry.

City Manager Lee Garrity said the next step is a presentation before the Winston-Salem City Council's finance committee on June 9, followed by the council's general government committee June 10. If those steps are cleared, the council could give final approval at its June 16 meeting.

Gaining the commission's blessing is an early, but pivotal, step in the historic registry process.

Mayor Allen Joines has said that the repurposing of the building “is one of the top priorities for this community.”

If the state historic preservation officer officially nominates the property, materials are sent to the keeper of the National Register at the National Park Service in Washington for a final decision.

Receiving the historic register certification would be significant for the developers.

According to the N.C. General Statutes, there is an overall 30 percent state tax credit for rehabilitating income-producing historic structures in a county such as Forsyth. Also available is a 20 percent federal investment tax credit.

The decision to apply for the national registry now also could be spurred by the potential end of the state historic preservation tax credit at the end of the year.

Gov. Pat McCrory's proposed budget for fiscal 2014-15 would include a historic preservation investment program that could cost the state less in taxes than the current program.

Rent prices continue to soar across the United States

Rent prices continue to soar across the United States

Potentially hazardous asteroid to hurtle past Earth on May 27

Potentially hazardous asteroid to hurtle past Earth on May 27

The R.J. Reynolds Building has served as downtown Winston-Salem's architectural signature for 85 years