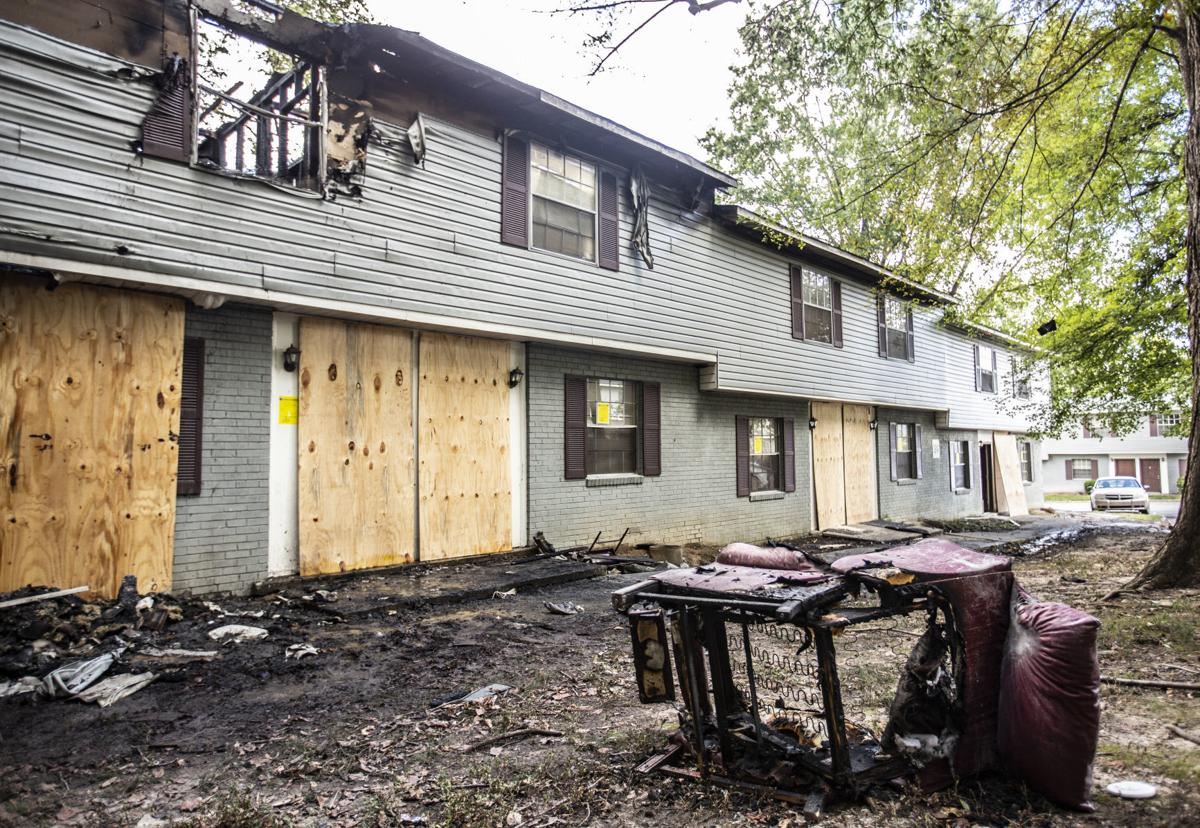 Authorities say a Sept. 18 fire at Legacy Crossing Apartments on Hahn’s Lane in Greensboro was intentionally set. The building, pictured here on Thursday, has been condemned.

GREENSBORO — Firefighters watched helplessly Wednesday as black smoke billowed over a treeline from a nearby apartment complex.

They had arrived at 5:15 p.m. to fight a fire in Apartment F at Legacy Crossing Apartments at 3914 Hahn’s Lane, but police told them to wait on a nearby street so they could arrest the woman accused of setting the fire who witnesses said was also firing a gun.

For 13 minutes the fire burned and firefighters were unable to reach it.

They called for more firefighters to respond.

Police arrested 21-year-old Aleen Smith, a Greensboro resident, and charged her with breaking and entering, larceny, possession of a weapon of mass destruction, discharging a firearm within the city limits, and arson.

At 5:28 p.m., officers gave the all-clear for firefighters to go in and do their job.

They were hampered again by the ferocity of the flames in the second-story apartment and had to return to the ground and attack it from there first, Church said.

Church said the fire damaged all six units in the building but didn’t affect any other buildings. He said the building is now condemned.

Church said he’s not sure how many residents have been displaced. Some media outlets are reporting at least 20 people. Church said he knows the Red Cross assisted seven adults and two children. Apartment personnel came out and helped others, he said.

Meanwhile, police and fire personnel are still trying to learn what Smith was doing at the apartment and why the fire was set.

“What we’re hearing is she did not live there,” Church said. “What we’re understanding is no one is claiming to know who she is.”

Greensboro police charge woman with arson in fire on Wednesday