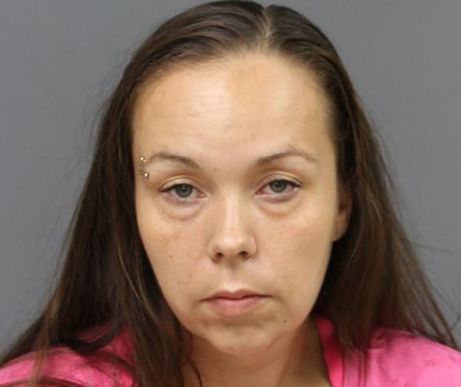 HIGH POINT — Two people are in Guilford County jail after being charged with first-degree murder in the stabbing death of a man Wednesday night.

Around 10 p.m., police were sent to the area of Player Drive and Austin Street after a caller said his car had been stolen, according to a police news release.

The caller described his vehicle as a Subaru Forrester and that a person named "Christie" was driving it. The caller went on to state that the guy that was with her pulled out a knife.

At some point during the phone conversation with High Point 911, the caller said "Christie" returned and attempted to run him over with the stolen vehicle.

High Point 911 then received a second call from a resident in the 300 block of Player Drive saying that a male suffering from a knife wound showed up at their residence needing help.

The wounded person was identified as Jesse L. White, 32, of High Point. He was suffering from stab wounds to the neck and chest, and was transported to Moses Cone Hospital in Greensboro where he died from his injuries around 11:05 p.m.

During the preliminary police investigation, detectives learned that earlier in the night White and his "intimate partner" Christina Nickle Johnson, 34, also of High Point, met 38-year-old Rodney Lee Welborn of Burlington. At some point, after the original meeting, Welborn agreed to give the couple a ride. At the conclusion of the ride, police said White attempted to steal a backpack belonging to Welborn.

Welborn got out of the vehicle to confront White and retrieve the backpack. Police said Johnson got into the driver’s seat of the vehicle and drove away leaving the two men in the roadway.

Shortly after Johnson drove away, Welborn pulled out a knife and stabbed White more than 20 times, police said.

Both Johnson and Welborn were charged with first-degree murder and placed in jail without bail.

Police said Johnson was charged because of her willing participation in the robbery of Welborn which resulted in the death of White.

The investigation is ongoing.

HIGH POINT — Police are investigating a third killing in more than a week.