HIGH POINT — A gathering of 200 people early last Saturday morning at an Airbnb rental spurred a call to police and resulted in three arrests, according to a news release from High Point police.

Officers responded to 1042 Rockford Road and found at least 200 people gathered there, with several cars lining the roadway.

Upon arrival, officers detected a “very strong odor of fresh and burnt marijuana,” according to the release. Officers determined that the property was being rented through Airbnb and that the renter was producing a music video.

Due to the marijuana odor, officers detained the home’s occupants and got a search warrant, police said. During the search of the residence and the occupants’ vehicles, seven handguns and two rifles were located, as well and several different calibers of ammunition.

None of the firearms were listed as stolen, however, police said they seized them “due to the level of impairment and the potential for danger that was caused by the marijuana.”

Anthony W. Dupree, 19, of of Snowhill, was arrested and charged with sale or delivery of a Schedule VI controlled substance and possession of drug paraphernalia, police said. Dupree was taken to the High Point jail and received a $2,000 secured bond.

Jamar D. Evans, 21, of Louisburg, was charged with possession of a Schedule VI controlled substance. He was issued a written citation and released.

Suspect on the run in fatal shooting of 3 in Texas

Suspect on the run in fatal shooting of 3 in Texas

Officers responded to the area of West Wendover Avenue and Eastchester Drive after receiving calls of shots being fired between two vehicles.

The robbery occurred at the Fun Zone at 723 E. Mountain St., police said.

GREENSBORO — A Greensboro man faces a first-degree murder charge after the death of another man early Monday, according to a news release from…

Investigators are trying to determine whether the woman died of an overdose, possibly from a pill the men supplied.

GREENSBORO — A man claiming to be armed with a gun robbed a convenience store, according to a new release issued by Greensboro police on Sunda… 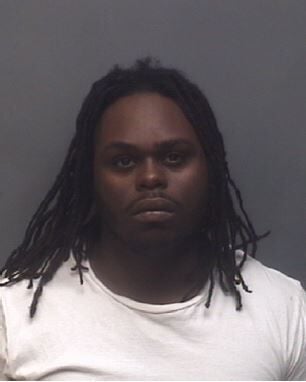 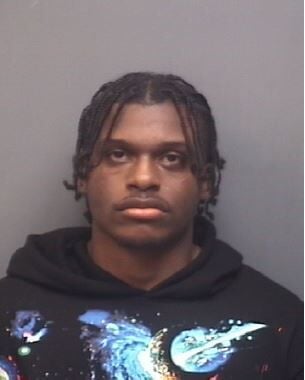