Crash closes part of I-40 in Guilford County 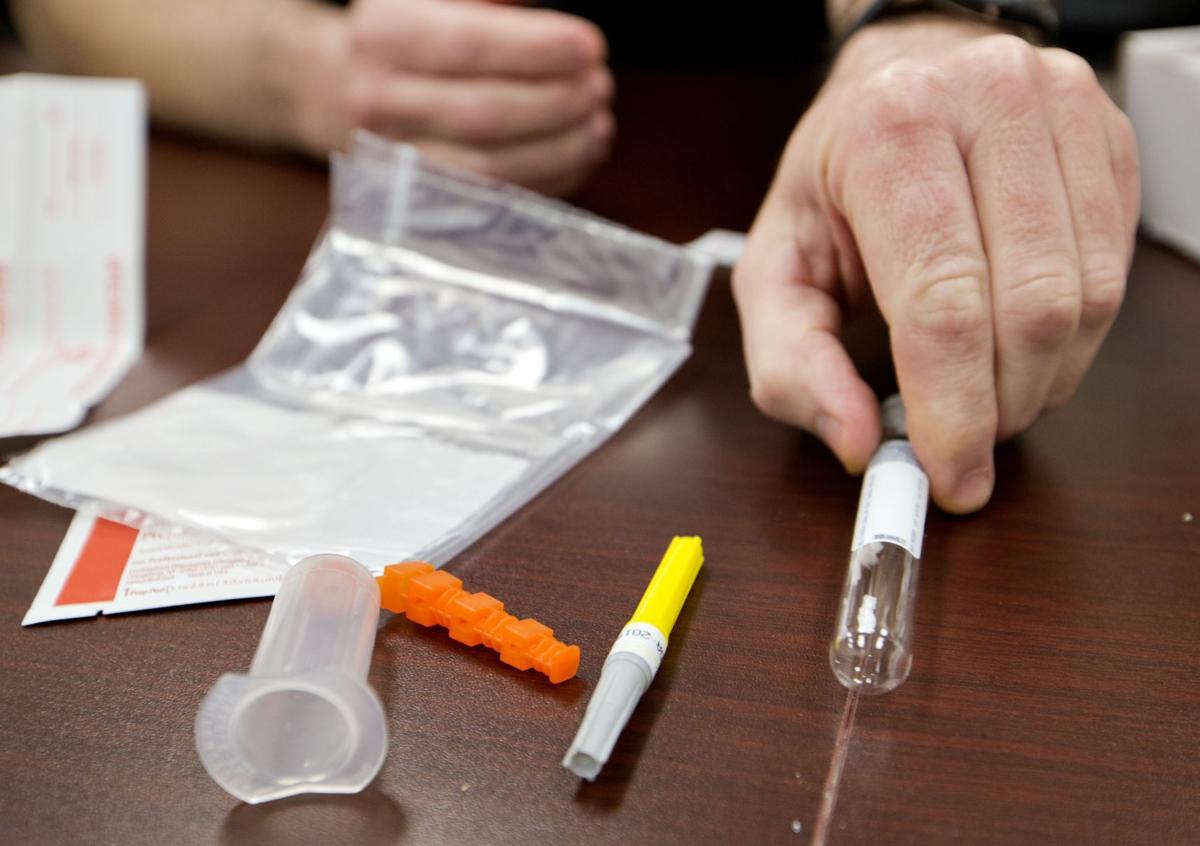 Officers sometimes use a blood test kit during investigations to see if someone has used heroin or other drugs. Officers say people sometimes seek to use heroin in the privacy of their cars. 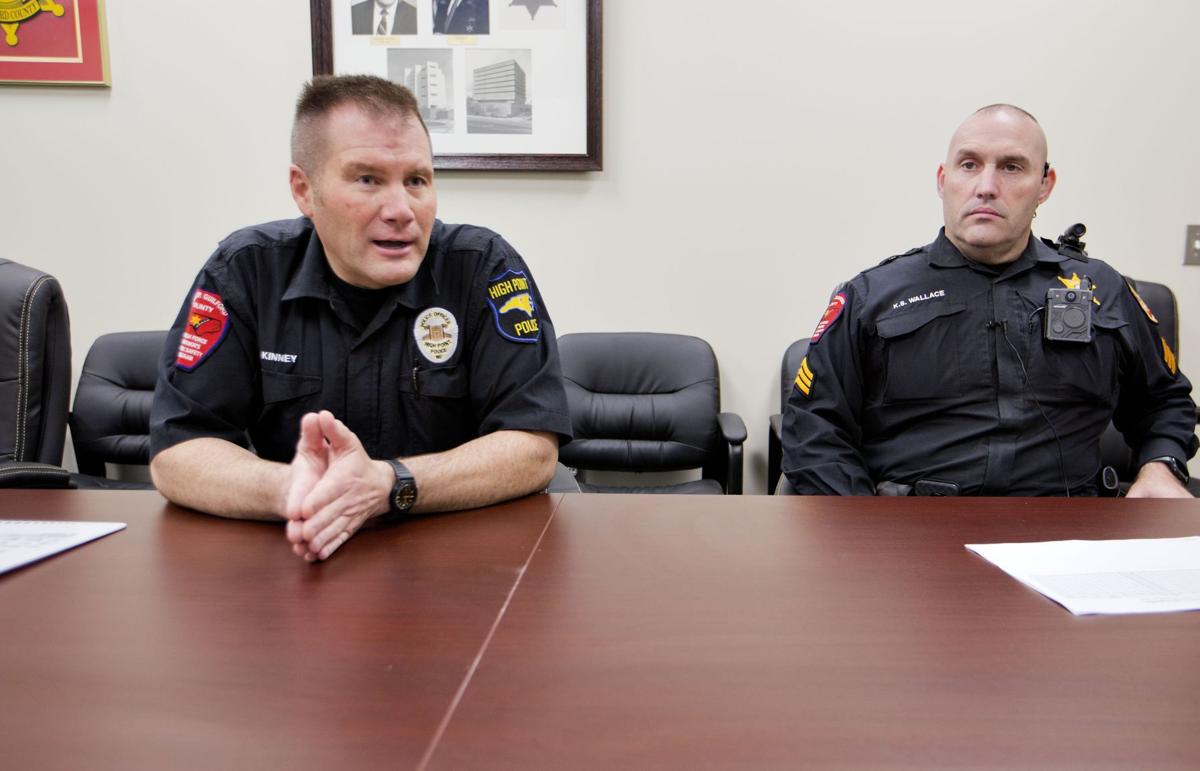 Officer Brent Kinney (left) and Sgt. Kevin Wallace, both of the High Point Police Department, are among the Triad law enforcement officers who are experienced in spotting heroin use. 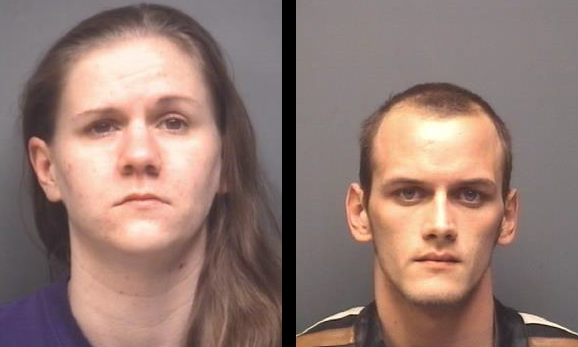 HIGH POINT — Recent news that a Triad couple overdosed on heroin and crashed their car with children on board shocked the community.

Leigh Ann Snipes, 29, and Justin Earl Faw, 30, both of Trinity, were in a 1992 Jeep driven by Snipes when the incident happened. High Point Police said their SUV pulled out of a parking lot on West Fairfield Road near Surrett Drive when Snipes lost consciousness and struck a tractor-trailer on West Fairfield Road.

Police said Snipes and Faw were taken by EMS and treated for heroin overdoses. In the car at the time of the crash were a 19-month-old girl and 7-year-old boy. The children are now in the custody of Snipes’ father.

High Point police officers are experienced in spotting heroin use. HPD data show the city has seen a rise in the use of the drug since 2014, when there were 116 overdoses. That number dropped slightly in 2015, to 77, but increased dramatically in 2016, with 191 overdoses. As of Jan. 18, the city has had 14 heroin overdoses, HPD Capt. Mike Kirk said.

Heroin has become more dangerous in recent years as dealers are cutting it with Fentanyl, a powerful opioid pain medication, Kirk said.

He said the city had two fatal wrecks in 2016 in which heroin played a factor: On July 27 a 24-year-old man was driving south on Brentwood Street when he drove off the road about noon, hit a mailbox and a tree, crossed Franklin Avenue and went off the road down an embankment. The second wreck was on Wendover Avenue, Kirk said.

“We know heroin played a role,” Kirk said, adding that this perspective was based on what was found in the vehicle and other evidence.

He said people sometimes use heroin or other drugs in their vehicles because they feel it affords them privacy.

In 2016, there were 53 recorded instances of overdoses in parking lots and 26 overdoses in a street, HPD data show.

Kirk said there have been instances of juveniles in the cars during those times, although he was unable to provide exact figures.

He said when that happens, Guilford County Department of Public Services investigates. Children are removed from their parents’ custody during the investigation for their safety.

McMahan said he was unaware of Faw or Snipes having a prior problem with heroin. McMahan said he didn’t know where the couple was going at the time of the crash. He said the children are OK.

Although Guilford County DWI Task Force officers Sgt. Kevin Wallace and Officer Brent Kinney have experience with incidents of drivers overdosing behind the wheel, both said they have no specific knowledge of this case.

Kinney said heroin reacts differently in the body than alcohol.

“With heroin, the onset is pretty immediate,” he said. “When you see someone stopped at a green light, the person has injected the drug while driving, while at a stop sign. The onset of the drug is so fast.”

There are several drug recognition experts on the DWI Task Force who are trained to know the symptoms of people on drugs — and those who may be suffering from a medical emergency.

Someone who has taken heroin or another opioid may appear drowsy, Kinney said.

“The drug reacts with your muscles so you’re extremely relaxed,” he said. “It’s hard to hold your eyelids open and your head up.”

Officers call the behavior, “on the nod,” because the neck muscles are too relaxed to hold the head up, Kinney said. A person can usually hear and respond to what someone is saying to them. Other symptoms may include scratching the head and face, running fingers through the hair or signs of needle injections in the crooks of the arms, he said.

Wallace said the DWI Task Force began seeing a spike in the number of drivers using heroin in 2015 in Guilford County. He attributes the number of overdoses and deaths in the county, in part, to some people who may have tried to get off the drug.

“When people start heroin and then try to stop for a month or two and then start again, it’ll kill you,” Wallace said, adding some users begin the drug again with the same amount they stopped. “Your body’s not used to it.”

Kinney said opiates, like heroin, are different from other drugs.

“They create a physical addiction,” he said. “All other classes create a psychological addiction. The body develops a need for opiates once it’s introduced. You have to be weaned off the drugs.”

Kinney said drug recognition experts are trained to do tests on people suspected of being on drugs, to clarify if they’re experiencing a medical situation. This can include a vital sign check, field sobriety administration, checking the pulse rate, checking the body temperature and looking at the eyes, which react to light. Blood can also be collected by an experienced medical professional. Kinney said several people have been cleared from drug or DWI suspicion through these tests.

A member of the DWI Task Force wasn’t called to the crash involving Snipes and Faw on Tuesday, because that unit works in the evenings. The crash happened about 4:40 p.m.

Kirk said police aim to help people get treatment when they know they are on the substance, providing information for Alcohol Drug Services. Kirk said the goal is to help the people on drugs, because it has a ripple effect in the community.

Vehicle hit a tractor-trailer from behind Tuesday. Police say the two adults in the vehicle had overdosed from heroin.

Officers sometimes use a blood test kit during investigations to see if someone has used heroin or other drugs. Officers say people sometimes seek to use heroin in the privacy of their cars.

Officer Brent Kinney (left) and Sgt. Kevin Wallace, both of the High Point Police Department, are among the Triad law enforcement officers who are experienced in spotting heroin use.