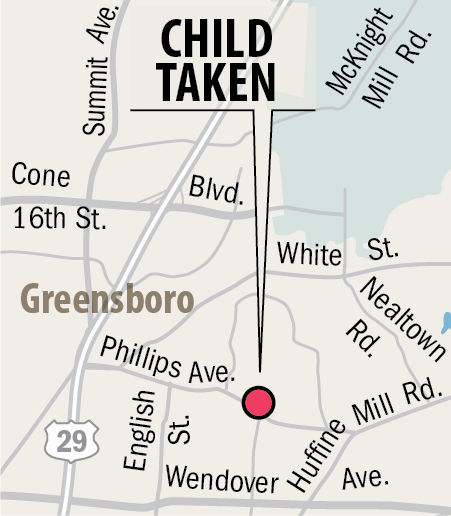 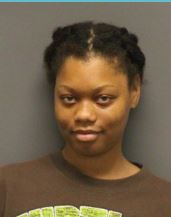 GREENSBORO — Police said Thursday that a man dropped an abducted toddler off at a Greensboro church and then made arrangements to bring the woman accused of kidnapping her to investigators.

Greensboro police spokesman Ron Glenn did not have the name of the man but said police do not expect him to face any charges.

“I think he met her the same day as the abduction,” Glenn said. “Then after he recognized her (from surveillance photos) and was aware of what happened ... he dropped the kid off at the church.”

Police had spent more than 25 hours searching for Ahlora when she was found Thursday night at Words of Faith Christian Center on Dillard Street, about 6 miles from where she had been taken.

Lancaster was brought to the police department Saturday morning.

“At the end of the day, the most important thing is she was returned and we can hold someone accountable,” Glenn said. “This is absolutely the way we hope these things get resolved.”

Police learned about Ahlora’s disappearance on Oct. 9 after her siblings ran from the playground into their apartment at Claremont Courts Apartments to tell their uncle a woman grabbed their sister.

When he got to the merry-go-round where Ahlora was playing, she and the woman were gone.

The day after the kidnapping, police released still images of Lancaster from surveillance videos at the park and a nearby Dollar General and named her as a suspect.

It wasn’t until news of Ahlora’s abduction became public that police learned a second toddler had been grabbed at the same playground on the same day but returned.

Lancaster also is charged in connection with an assault on a man involving a box cutter.

She remains in the Guilford County jail with bail set at more than $1 million.

Kidnapper had taken another toddler that day at the same Greensboro playground, prosecutors say. That one was returned.

Prosecutors said N'denezsia Lancaster is accused of kidnapping a second child Oct. 9 from the same playground where 3-year-old Ahlora Lindiment was taken. Because the first child was returned, Lancaster was charged with a lesser crime in that case, prosecutors said.

Greensboro kidnapping of 3-year-old was 'a cry for help,' attorney says

GREENSBORO — The attorney for a woman accused of kidnapping a 3-year-old girl last week, spa…

On Saturday, police charged 22-year-old N'denezsia Lancaster of Greensboro with first-degree kidnapping of Ahlora Lindiment and an unrelated assault charge.

Video: Family of abducted toddler celebrates her return while Greensboro police scour area for woman accused of kidnapping the 3-year-old

GREENSBORO — As a Greensboro family celebrated the return of an abducted 3-year-old girl, po…

The woman suspected of abducting Ahlora from the playground at Claremont Courts remains at large, Greensboro Police Chief Wayne Scott said. He said there's still no motive in the abduction.

Three-year-old Ahlora Lindiment was abducted from a playground at Claremont Court Apartments on Oct. 9 in a case that shocked the city and mad…