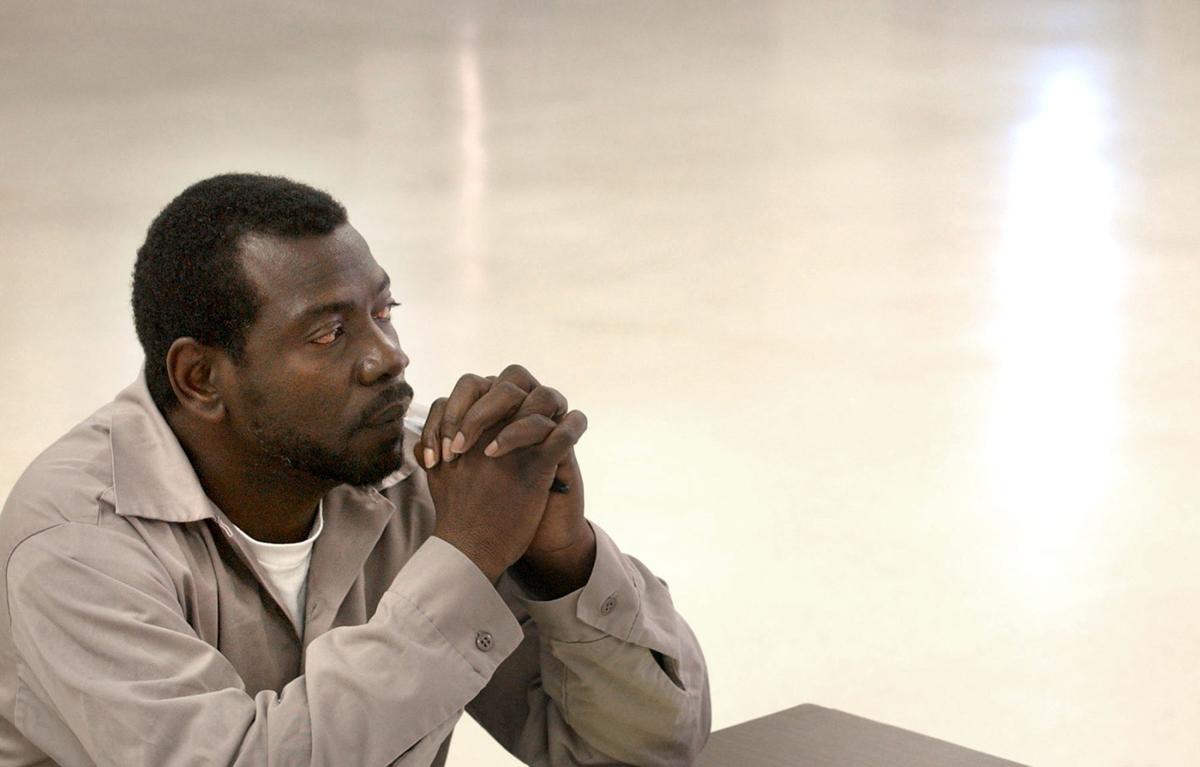 Merritt Drayton, 61, who is also known as Merritt Williams, is serving two life sentences with the possibility of parole for two different murders police say he committed in the mid-1980s. He also pleaded guilty to involuntary manslaughter in a third killing and was sentenced to about 10 years. 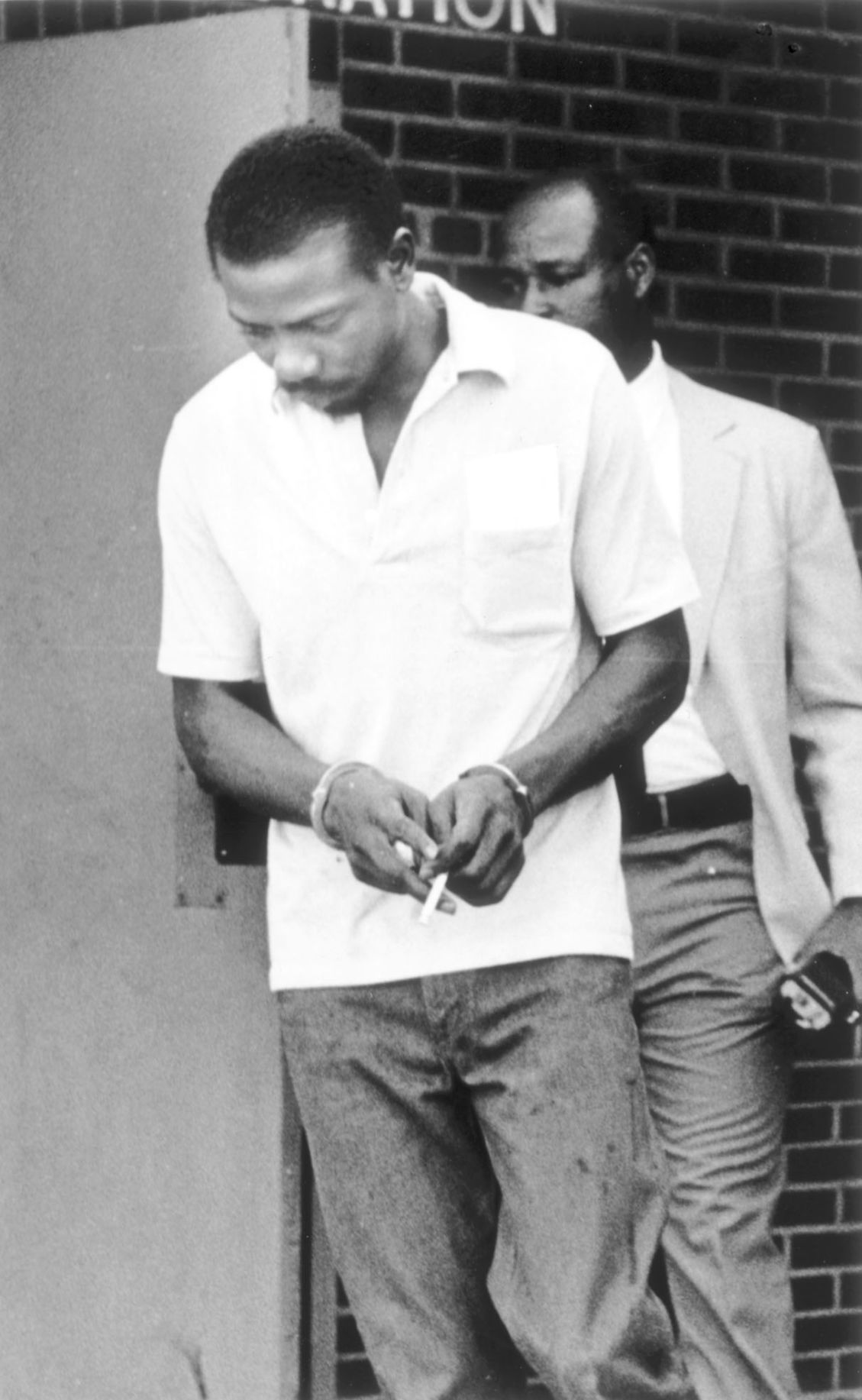 Merritt William Drayton was convicted of first-degree murder and sentenced to life in prison in August 1987.

A three-judge panel will review claims that a Winston-Salem man didn’t murder a 65-year-old woman in her home in 1985 after another man confessed to the crime and has been linked by DNA evidence to the crime scene, the N.C. Innocence Inquiry Commission said Thursday in a news release.

Winston-Salem police have arrested that man and charged him with murder.

Merritt Drayton, 61, who is also known as Merritt Williams, is serving two life sentences with the possibility of parole for two different murders police say he committed in the mid-1980s.

He also pleaded guilty to involuntary manslaughter in yet a third killing — that of Mary Smith — and was sentenced to about 10 years.

The N.C. Innocence Inquiry Commission held hearings last week in Raleigh in two of Drayton’s murder cases and unanimously found sufficient evidence of factual innocence to merit judicial review in only one of them — the murder of Blanche Bryson on Dec. 10, 1985.

Winston-Salem police announced Thursday that they had arrested Darren Leak Johnson, 53, and charged him with murder in connection with Bryson’s death. He is awaiting extradition in Columbia, S.C.

According to court documents, Johnson’s DNA was found on Bryson’s nail clippings.

Winston-Salem police said Bryson, who had retired from working in the cafeteria at Anderson High School, was strangled to death with a lamp cord, in her home on Gilmer Avenue. The mother of four adult children, Bryson lived alone.

Her son, Jeffrey Bryson, found his mother sprawled on the living room floor. The house had been ransacked.

Her car, an orange-and-white Buick Skylark, was later found in a parking lot of 21st Street, according to a 2004 Winston-Salem Journal article.

The commission didn’t find sufficient evidence of factual innocence in the other case it heard last week — Arthur Wilson.

Police said Wilson was beaten to death outside an illegal drink house in 1983. Darryl Hunt, who was wrongfully convicted in the death of Deborah Sykes, was convicted in Wilson’s death but later acquitted in a second trial.

Sammy Mitchell and Drayton were also convicted of killing Wilson, but a 2004 Winston-Salem Journal series raised questions about the evidence and the eyewitness testimony in the case.

The Wilson case is officially closed. But the commission has referred the Bryson case to Forsyth Senior Resident Superior Court Judge Todd Burke. Chief Justice Cheri Beasley of the N.C. Supreme Court will select a three-judge panel to hold a special hearing in Forsyth Superior Court. A date has not been set for that hearing.

Since the commission was created in 2006, the agency has 2600 claims of innocence and declared exonerations in 11 cases. Hunt’s wrongful conviction helped pushed for the agency’s creation.

Forsyth County District Attorney Jim O’Neill strongly objected to the commission’s findings and said Drayton confessed to all three murders, calling it a waste of taxpayer dollars to re-litigate Drayton’s two murders last week. He pointed out that the commission decided not to review Drayton’s conviction of involuntary manslaughter in which he was accused of pushing a woman down a flight of stairs.

O’Neill also noted that the commission rejected Drayton’s innocence claim in the Wilson case and that Drayton will continue to serve a life sentence in that case.

“However, now the State of North Carolina will expend further resources and taxpayer dollars to determine whether or not this same defendant should also continue to serve a life sentence in Ms. Bryson’s murder as well,” he said in a statement.

O’Neill said Bryson’s life matters to his office and to the Winston-Salem Police Department.

“I hope that this case and this defendant, who qualifies under the FBI definition of a serial killer, will serve as perhaps the most egregious example as to why the legislature must act now and review the state-funded Innocence Commission and their free-wheeling expenditure of our taxpayer dollars,” said O’Neill, who is running for N.C. Attorney General.

Julie Boyer, who represents Merritt Drayton, said Thursday that the commission heard live testimony from a co-defendant, Robbin Carmichael, who told the commission that he didn’t know Drayton and that Drayton was never involved. The commission also heard a recorded interview from Johnson, who said he also never heard of Drayton and acted alone when he killed Bryson.

Drayton has never contested his conviction in the Smith killing.

Merritt Drayton has been a mercurial figure, according to a 2004 Winston-Salem Journal article about his role in the Arthur Wilson case. He had a history of mental issues and he kept changing his story in two murder cases.

But Winston-Salem police believed him to be a cold-blooded murderer.

“My opinion of him is he could kill and sit down and talk about it afterward,” Randy Weavil, one of three detectives who interviewed Drayton, told the Journal in 2004.

Drayton pointed police to Mitchell and Hunt in the 1983 death of Arthur Wilson and though he denied strangling Bryson, he placed himself at the scene of the crime. During an 2004 interview with the Journal at the Brown Creek Correctional Institution, he said he never meant to send an innocent man to prison or to implicate himself in two different murders that he later said he didn’t have anything to do with. And he couldn’t explain why he did it.

At first, according to the 2004 Journal article, Drayton told one of his attorneys that he was trying to help himself when he confessed to involvement in the Wilson case. Months later, in a four-page document, he said he came forward about the Wilson killing because Winston-Salem police officers were trying to get him to provide information in the 1984 murder of copy-editor Deborah Sykes, the case in which Hunt was wrongfully convicted of committing.

The 2004 Journal series indicated that there were problems with Drayton’s version of events in the Wilson case. His statements contradicted what another witness said. And even though Drayton said he, Mitchell and Hunt beat Wilson to death, a pathologist didn’t find any scrapes, bruises or cuts on Wilson’s body, other than a fatal head wound.

And it was possible that Wilson, who had a high blood alcohol level, could have fallen or been pushed and hit his head on the pavement, medical experts told the Journal.

Drayton denied killing her but Winston-Salem police were able to link him to the crime scene through two strands of hair in a brown toboggan hat. A report from a hair specialist said the strands could have come from Drayton.

Hair analysis helped to corroborate his confession, and in August 1987, Drayton was convicted of first-degree murder and sentenced to life.

“I can’t say I ain’t guilty of what happened to your mother, ‘cause I am,” Drayton said at the sentencing hearing. “It hurts me now because I have to look you in the face.”

This isn’t the first time Darren Leak Johnson was considered a suspect in Bryson’s death.

Even though Carmichael’s story didn’t match Drayton’s, then-Sgt. Ken Bishop told the Journal that he wasn’t concerned: A fingerprint lifted from the Buick Skylark matched Carmichael and Carmichael had Bryson’s stolen items. Carmichael was charged with first-degree murder and pleaded guilty to second-degree murder. Bishop said his sole assignment was to investigate Carmichael, not Drayton.

Bishop did interview Johnson, but Johnson denied his role in the killing.

But investigators with the N.C. Innocence Commission interviewed him on March 19 of this year and Johnson confessed, according to a copy of the deposition that was filed with the clerk’s office in Forsyth County. He said he hadn’t known that Drayton was serving time for Bryson’s murder.

In the interview, Johnson initially denied knowing anything about the case but acknowledged that he knew Carmichael and that the two had grown up together. But later in the interview, he confessed.

Then he proceeds to tell the investigators that he broke into Bryson’s house and when Bryson came into the house, he choked her, first saying it was with his arm and then later saying it might have been with a cord. Johnson said he was high on drugs at the time.

“I just had nightmares from there,” he said. “I’ve been having nightmares. It’s haunted me, haunted me. I knew the day would come.”

He said he didn’t know she was dead when he left the house. Later, Carmichael and Johnson came back to the house, and Carmichael went into the house alone, according to the deposition.

Johnson, asked several times, said he never knew Drayton and Drayton was never there that night.

“I’ve had a lot of time to think about this, this moment,” Johnson said in his deposition.

Merritt Drayton, 61, who is also known as Merritt Williams, is serving two life sentences with the possibility of parole for two different murders police say he committed in the mid-1980s. He also pleaded guilty to involuntary manslaughter in a third killing and was sentenced to about 10 years.

Merritt William Drayton was convicted of first-degree murder and sentenced to life in prison in August 1987. 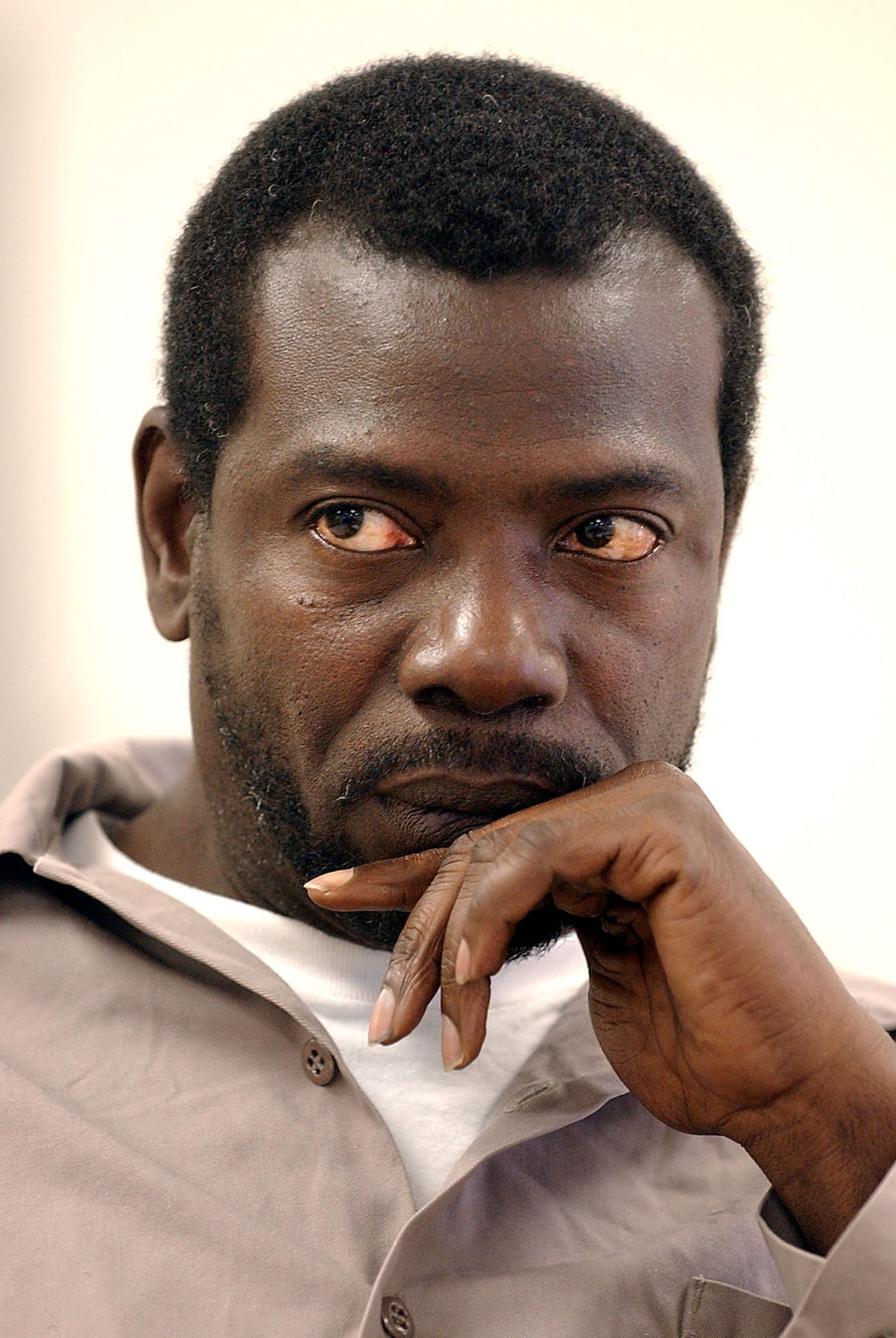 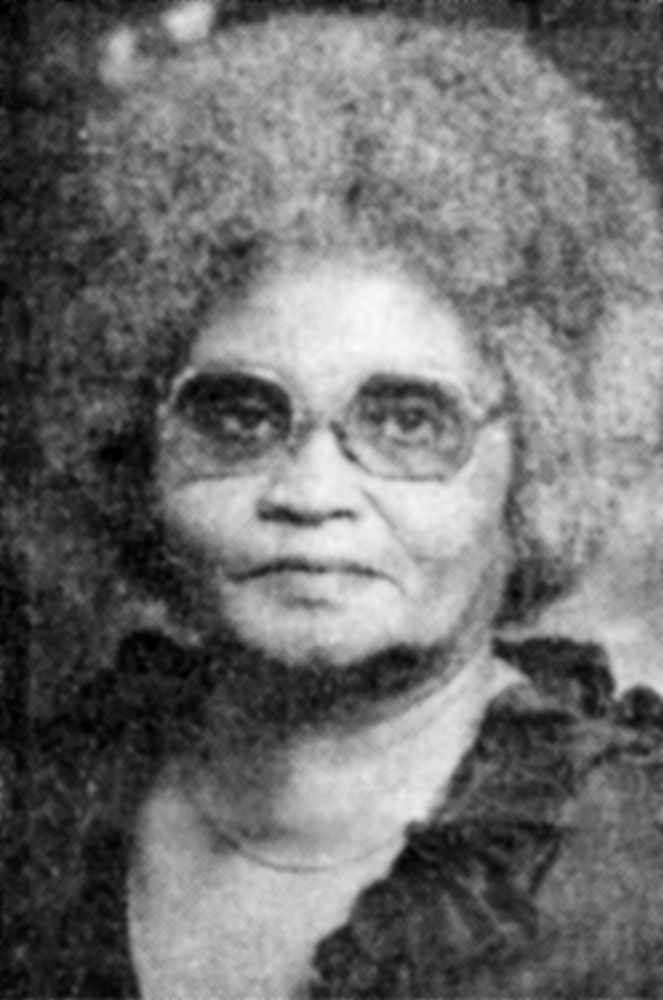