NFL says Steelers-Titans game being postponed amid coronavirus outbreak. Get the latest.

'We were almost the next national story.' Federal jury indicts man who allegedly brought guns, 'hit list' to Smith High School in Greensboro.
0 comments
Share this
{{featured_button_text}}
1 of 2 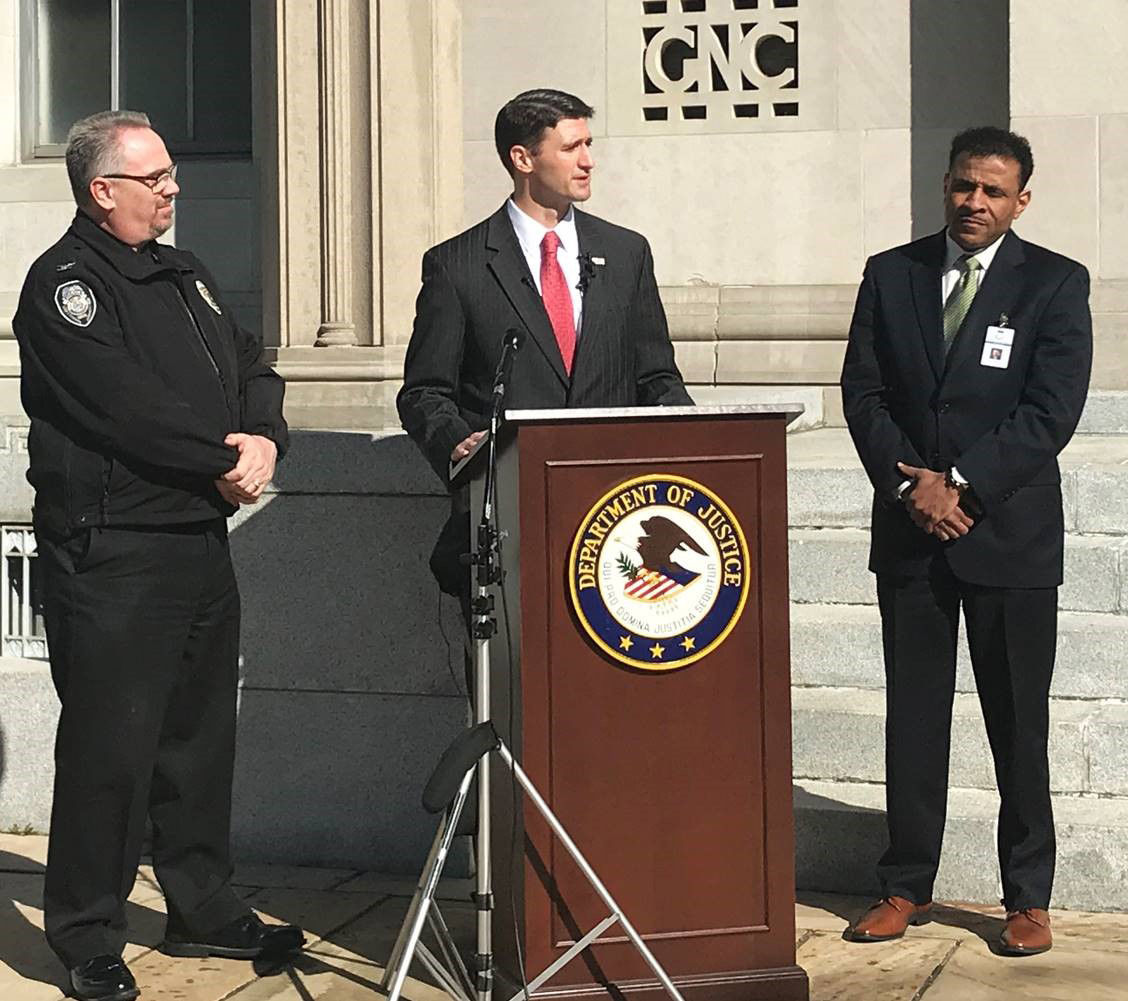 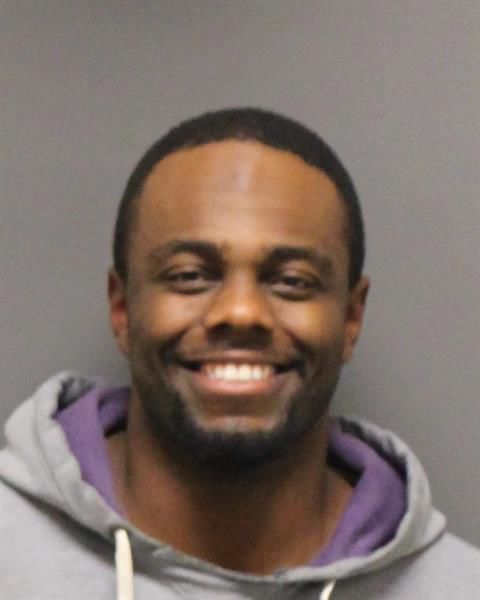 “We were almost the next national story,” said Greensboro Police Chief Wayne Scott on Tuesday after federal indictments against Spence were announced. 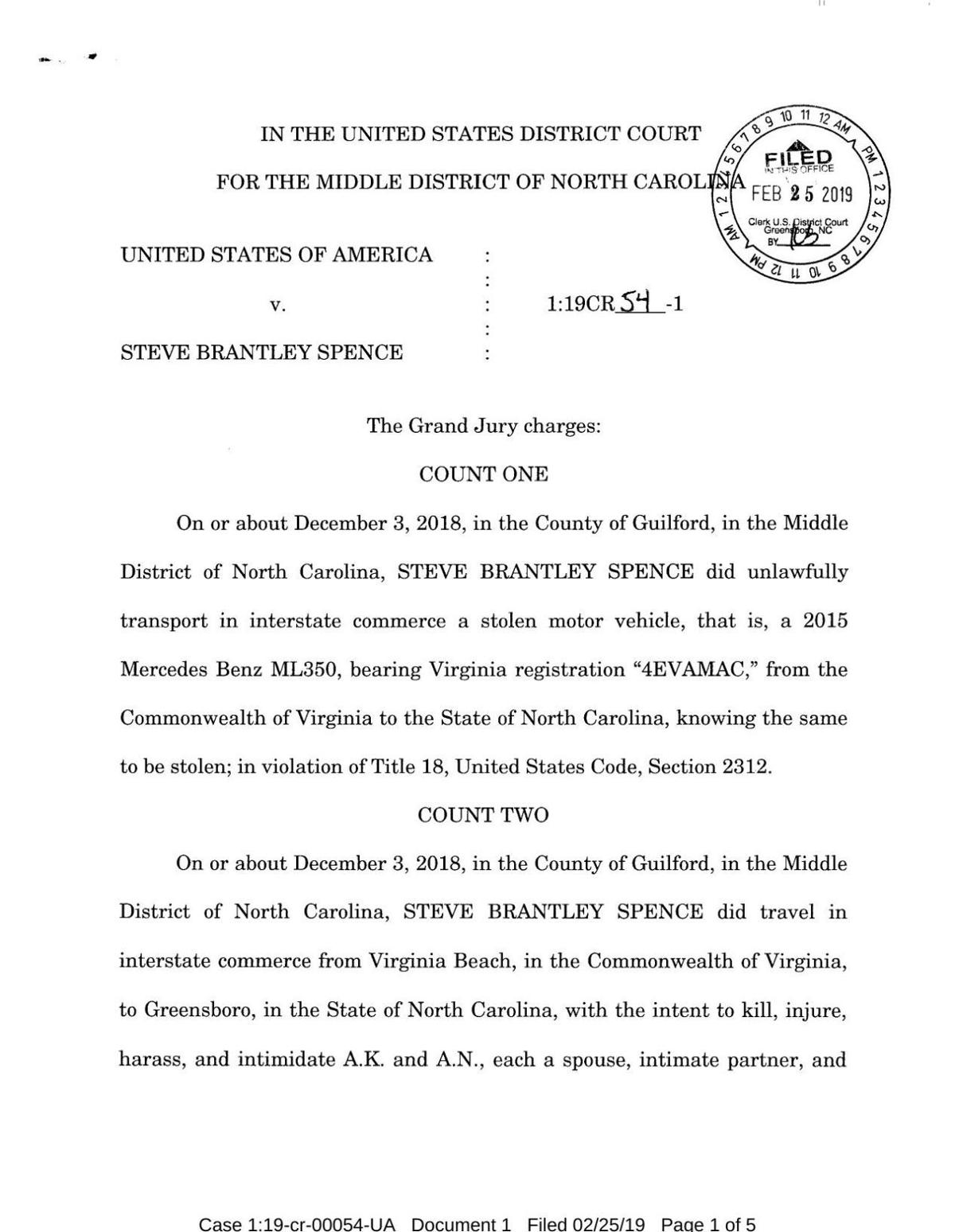 “I want there to be no doubt from this indictment that we will not tolerate crossing state lines to hunt down former intimate partners,” Martin said. “We will prosecute crimes of this nature to the fullest extent of the law.”

Martin said those charges include crossing state lines in a stolen vehicle, and with the intent to kill, injure, harass and intimidate former domestic partners, as well as, brandishing two guns while trying to carry out domestic violence. 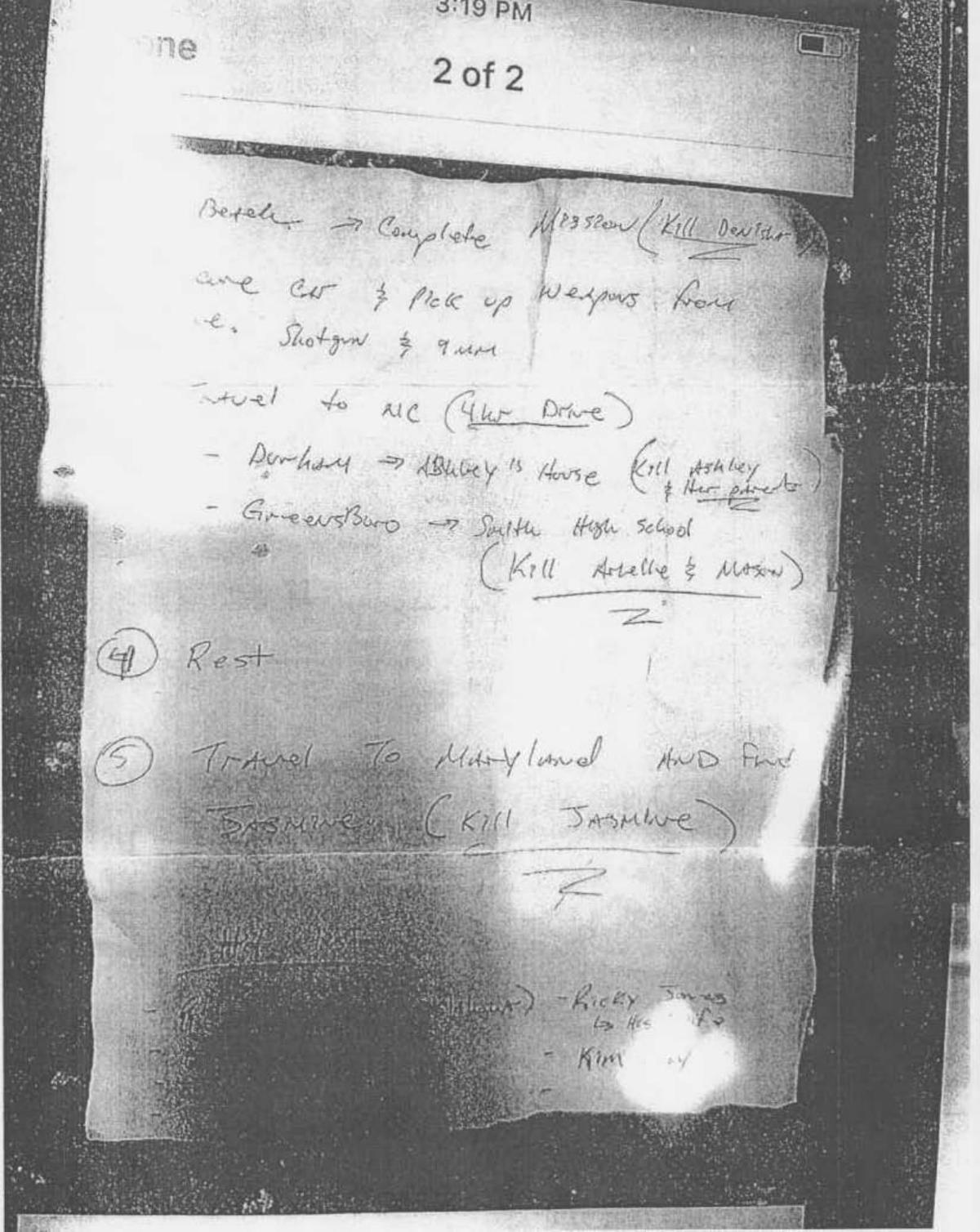 “I want to emphasize that these are allegations,” Martin said. “This is the indictment phase. Mr. Spence is innocent until the United States, through our federal prosecution office in the court of justice, proves him guilty beyond a reasonable doubt of each charge.”

Spence is accused of traveling from Virginia Beach, Va., to the high school in a stolen 2015 Mercedes Benz ML350 with a Virginia vanity plate. At the school, Spence pulled out two guns and a backpack full of ammunition. A “hit list” found on Martin detailed his plans to target two former partners —a current and a former employee at the school — and then travel to Durham to kill another former intimate partner and her parents. From there, the list stated his plan was to kill again in Maryland.

Patrick Jordan, a school behavioral intervention specialist, said in December that Spence had told him, inside the schools’ cafeteria, during a busy lunch period, that he planned to start shooting.

Jordan, Assistant Principal Lashonti Hines and School Resource Officer D.K. Evans have been credited with stopping Spence from carrying out his plan.

Police arrested Spence on Vanstory Street, near the school, after Evans charged Spence with a gun, despite Spence pointing two guns at Evans. Evans actions scared Spence away from the school and toward waiting police, officers said.

Spence is also facing state charges that include two counts of attempted first-degree murder, fugitive from justice, receiving or transferring stolen vehicles, having a weapon on school grounds, resist, delay or obstruct an officer, second-degree trespassing and going armed to the terror of the people.

Spence remains in the Guilford County jail under $5.5 million bail.

Scott succeeded former police chief Ken Miller in 2015 after beating out 43 other candidates for the job. He joined the police force in 1991.

"He was like, I am about to start shooting in the cafeteria or to 'let off' as he put it," Patrick Jordan, a school behavior intervention specialist, said Wednesday. “I was like, 'Hey man, you don’t need to do that, just stay calm.'"

Armed man at Smith High School had a 'hit list,' according to arrest warrants