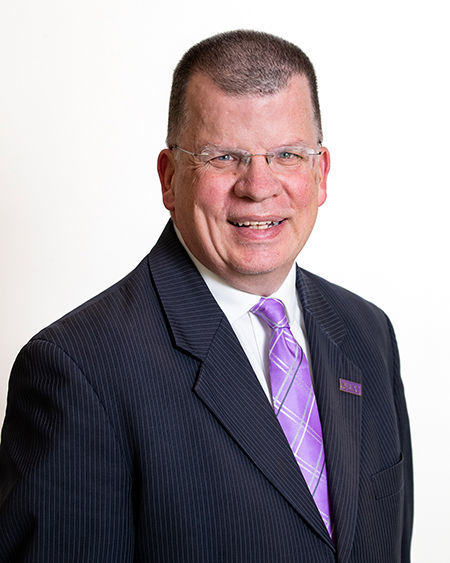 Ronald Mitchelson, ECU's provost and senior vice chancellor for academic affairs, was named acting chancellor Monday while the UNC System investigates the conduct of Dan Gerlach, who has been the university's interim leader since May.

WITN, the NBC affiliate in Greenville, reported Sunday that "Gerlach was recently at a bar in Greenville, allegedly drinking alcohol and acting inappropriately around students." The TV station based its story on anonymous sources but said "(t)here are also Instagram and Snapchat videos with more than 11,000 views."

The TV station published a statement Sunday from ECU that said in part that "Gerlach is known for taking selfies with students, staff and faculty on and off-campus. The videos and photos that WITN received show Gerlach interacting with college-aged young adults and taking selfies."

The university's statement also quote Gerlach as saying: "When I first started here, and even before, one constant concern that I heard was that our students needed a leader of the university to be present and approachable, someone who can speak to them in their language. That’s what I’ve set out to do at ECU.

"I regret that these photos are being perceived as anything more than what they are."

The UNC System on Monday morning issued a one-sentence statement from interim UNC System President Dr. Bill Roper: “In light of reports from this past weekend, ECU Interim Chancellor Dan Gerlach has been placed on administrative leave pending further investigation.”

On Monday afternoon, the News & Observer of Raleigh reported that the two bars Gerlach went to Wednesday night are defending the interim chancellor on Twitter. Here's a Tweet from Club 519, where Gerlach was photographed last week:

@ECUChancellor Dan Gerlach is the first chancellor I know that’s come down from the ivory tower and been a part of OUR community. We’re lucky to have him. I’m “deeply concerned” that something else is in play here. @ECUProfessor @EastCarolina @Club_Stilllife @pbsgville

Also Monday, a petition to keep Gerlach at East Carolina was started at Change.org.

Vern Davenport, chairman of the university's Board of Trustees, put out a statement Monday afternoon:

" ... our first priority is and will always be our students, staff, faculty and alumni of East Carolina University. I have been in regular contact with UNC System Interim President Bill Roper and value the System’s support of ECU and all of Pirate Nation.

"Along with my fellow trustees and Acting Chancellor Ron Mitchelson, we support President Roper’s decision to conduct a thorough investigation and hope this matter will be addressed as quickly as possible."

Gerlach, the former president of the Golden LEAF Foundation, became ECU's interim chancellor in May. He replaced former chancellor Cecil Staton, who resigned in May after three turbulent years.

Enrollment remained flat this fall, but the university has paid down some debt and reduced its spending.

Graduate school enrollment has declined, and ECU got fewer freshmen and transfer students last fall than in previous years.

Dan Gerlach has been president of the Golden LEAF Foundation since 2008.

The Syllabus: Turmoil in Greenville

Cecil Staton will step down in May as chancellor of East Carolina University after almost — but not quite — three tumultuous years.

In Greenville, support grows for embattled ECU leader who was 'trying to be a man of the people'

Interim chancellor Dan Gerlach remains on administrative leave after pictures surfaced over the weekend of him at a local bar.

The Syllabus: More turmoil in Greenville

The News & Observer reports that Dan Gerlach will work for a Raleigh lobbying firm.