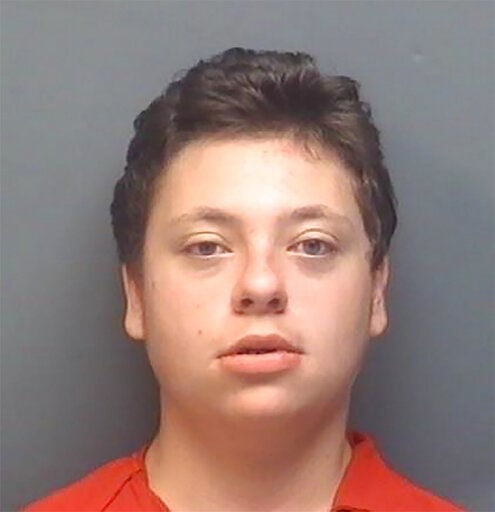 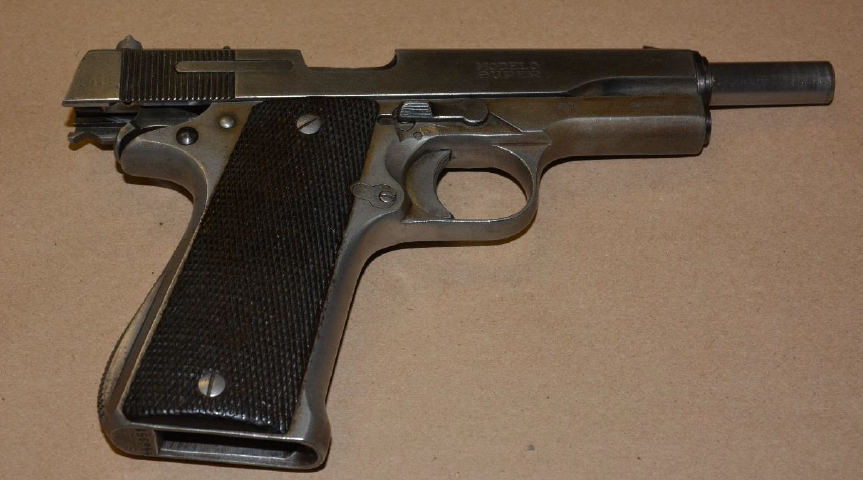 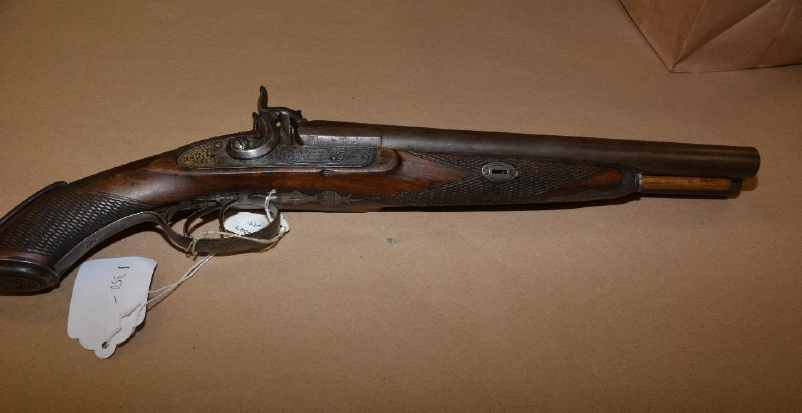 High Point police say they seized this firearm, which they identified as a black powder/percussion double-barrel 12-gauge shotgun, from a High Point University residence hall on Tuesday.

HIGH POINT — A high school classmate of a High Point University student arrested Tuesday after police seized two guns from his dorm room said the man demonstrated some troubling behavior before he enrolled in college.

Also Wednesday, HPU President Nido Qubein put out a short video to reassure nervous students and parents after a campus incident that made national headlines.

High Point freshman Paul Arnold Steber, 19, of Massachusetts remains in jail. He was arrested Tuesday after other students told campus security that he allegedly had weapons in his dorm room. Police allege that he later told them he planned to shoot himself and his roommate if he didn't get into a fraternity.

Martin Lentz told TV station WBZ, the CBS affiliate in Boston, that Steber "was very pro-gun. He spent a lot of time (online) looking up weapons. I know a lot of kids were scared of him."

Lentz on Wednesday also said Steber "was somewhat ostracized and bullied" when he first enrolled at The Newman School, a private school in a wealthy Boston neighborhood.

The Boston TV station said the school's headmaster put out a statement Wednesday that read in part: “We are of course very sad to see these media reports from North Carolina, which come as a complete surprise to us."

Also Wednesday, Qubein spoke to the HPU community in a four-and-a-half-minute video. He said the university had never experienced a situation like this one in his 15 years at HPU. He didn't mention Steber by name but called him "a young man making a really bad choice."

Qubein said campus safety and security are important at HPU and praised HPU employees for their quick and by-the-book response to a report of guns on campus.

HPU sent out an email Tuesday night to tell parents and students that a student had been arrested. Qubein said in the video that the university didn't say more right away because the widely-reported allegations of mass violence and threats against the campus didn't emerge until after Steber appeared before a magistrate Wednesday.

Despite news of Steber's arrest, Qubein said life on the HPU campus was normal Wednesday.

"Our students are going to classes, are going about their business, are sitting around campus — it happens to be a beautiful day on campus," Qubein said. "Life seems to be going with a faithful courage, with the strength and tenacity and grit of these students and all those who work on this campus."

In court Wednesday, Assistant District Attorney Lori Wickline said Steber had been watching videos to learn how to carry out a mass shooting. Wickline also said the HPU student told police "he definitely had a plan, something that he had been thinking about since Christmas of last year."

Wickline said Steber had bought the guns within the past week and planned to shoot himself and his roommate if Steber didn't get into a fraternity and the roommate did. She said it wasn't clear if he bought the guns legally.

She said Steber didn't appear to have any criminal history.

Paul Steber's father sat in the courtroom Wednesday during his son's brief appearance via video link.

"This is any parent's worst nightmare," defense attorney John Bryson said in court. "He's obviously very concerned about his son."

Police seized two guns and ammunition from his room in the R.G. Wanek Center and University Center II, a 548-bed freshman dorm. Those firearms were a 9mm semiautomatic handgun and a 12-gauge short-barreled percussion shotgun.

HPU spokeswoman Pam Haynes said Wednesday that the university has banned Steber from campus. She declined to say whether Steber has been expelled, citing federal student privacy laws, but did say that "generally speaking, a student would be adjudicated and expelled from the university" in instances like this.

Paul Arnold Steber also was barred from university property and from contacting any HPU students or employees.

Paul Arnold Steber, a freshman, was arrested Tuesday night on campus. Police said they seized two firearms and ammunition from his dorm room.

High Point police say they seized this firearm, which they identified as a black powder/percussion double-barrel 12-gauge shotgun, from a High Point University residence hall on Tuesday.