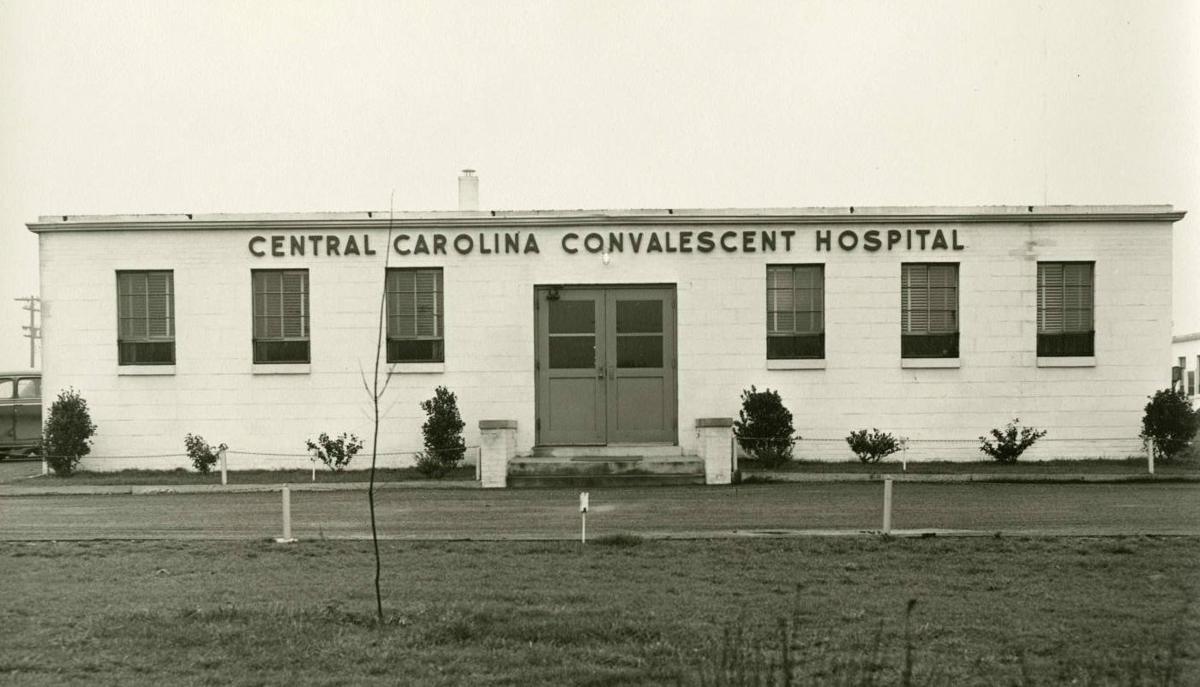 The front of the Central Carolina Convalescent Hospital in Greensboro in 1949 It was rapidly built for young victims of a widespread outbreak of polio. 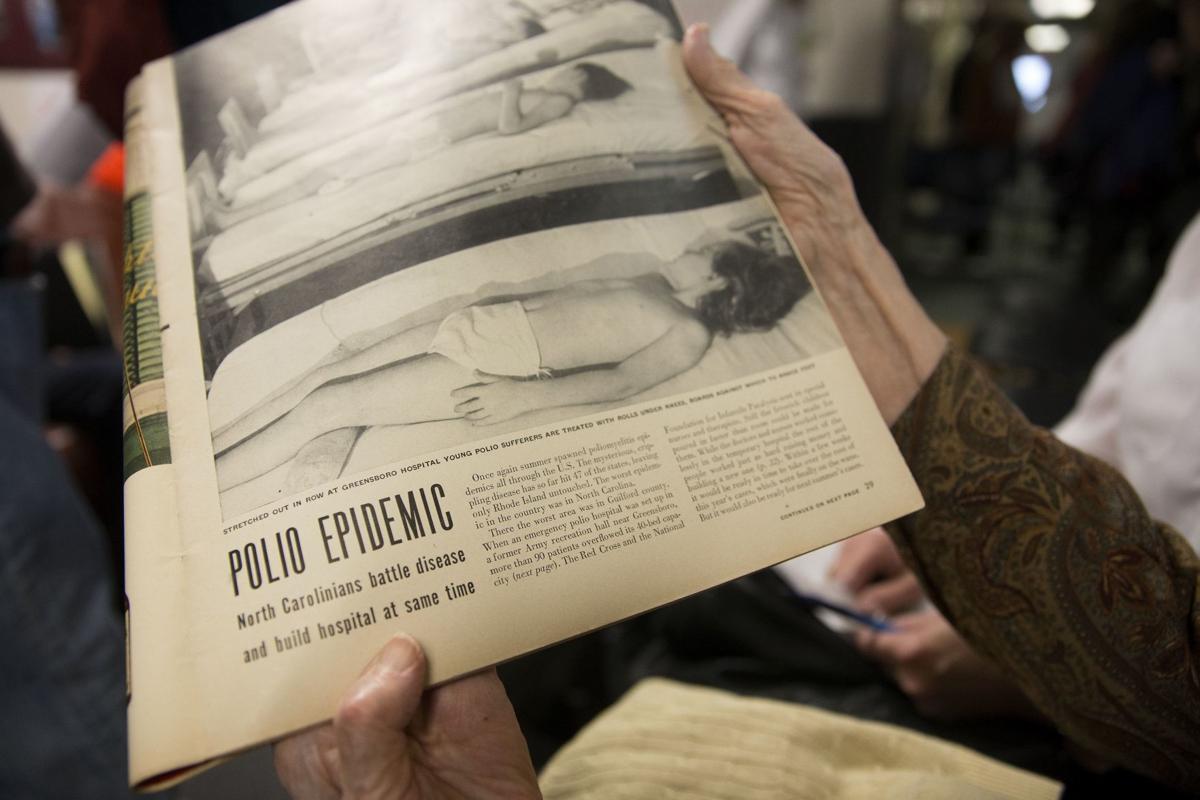 Gwen Groome Masters, 89, who was a medical records librarian at Central Carolina Convalescent Hospital from 1949 to 1951 shows a Life magazine article published Aug. 30, 1948, about Greensboro’s polio hospital. Masters attended a commemoration of the hospital’s 70th anniversary in November 2018. 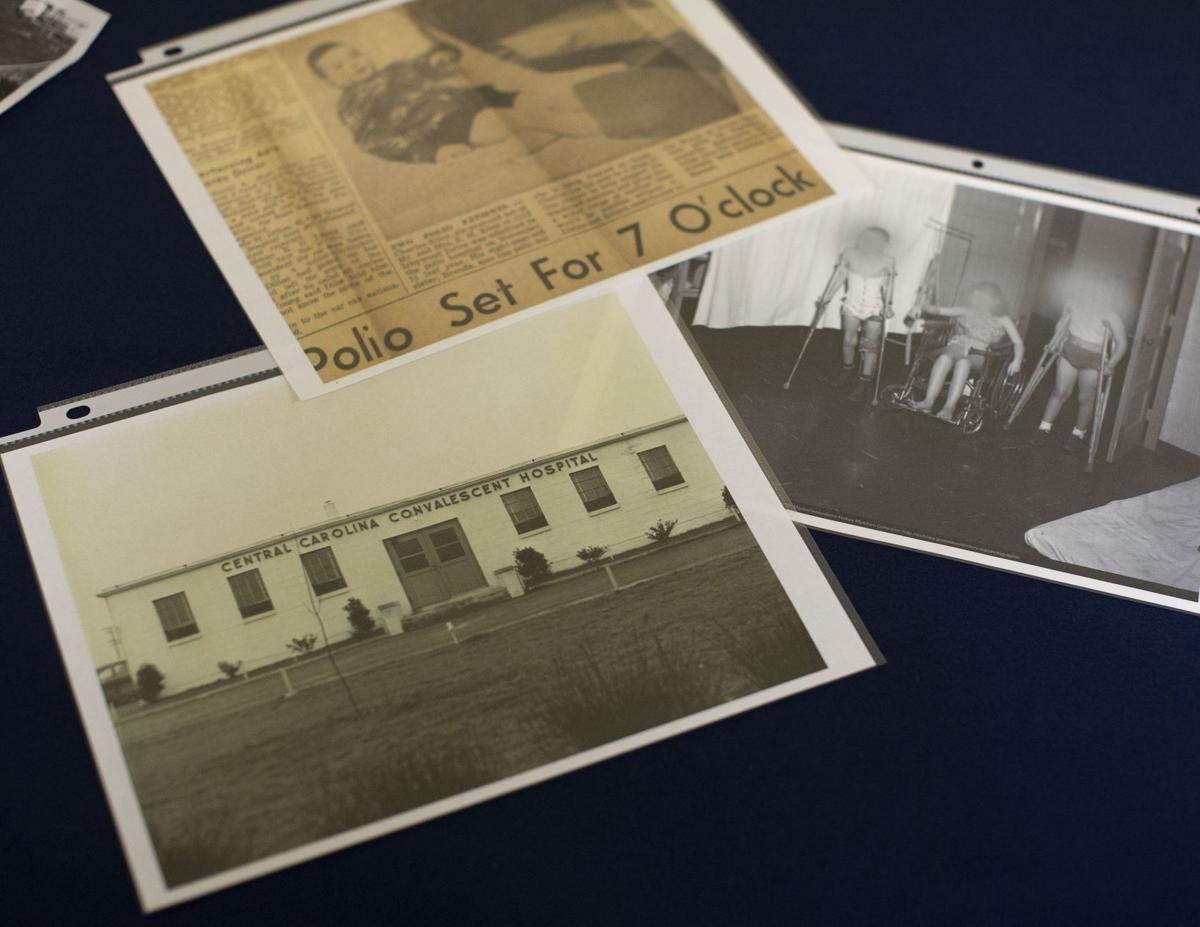 Students and faculty in UNCG’s museum studies program, a master’s degree program within the university’s history department, put these original items on display at a 70th anniversary commemoration of the Central Carolina Convalescent Hospital in Greensboro in November 2018. 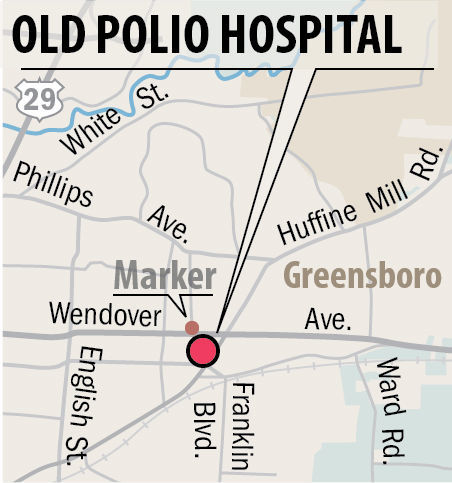 The front of the Central Carolina Convalescent Hospital in Greensboro in 1949 It was rapidly built for young victims of a widespread outbreak of polio.

Gwen Groome Masters, 89, who was a medical records librarian at Central Carolina Convalescent Hospital from 1949 to 1951 shows a Life magazine article published Aug. 30, 1948, about Greensboro’s polio hospital. Masters attended a commemoration of the hospital’s 70th anniversary in November 2018.

Students and faculty in UNCG’s museum studies program, a master’s degree program within the university’s history department, put these original items on display at a 70th anniversary commemoration of the Central Carolina Convalescent Hospital in Greensboro in November 2018.

GREENSBORO — The address on Huffine Mill Road is a source of both pride and pain.

In the late 1940s, Guilford County got national attention for building a hospital for young polio victims in a little more than three months.

Fifteen years later, the former hospital served as a makeshift jail to hold hundreds of black youth arrested for protesting the racial segregation that still pervaded much of Greensboro.

This historical site will get its formal due Saturday when a new state highway marker is unveiled.

The marker “captures not only the history of the site but also the history of the hospital as a detention center,” said Anne Parsons, a UNCG history professor who helped win state approval for the marker. “It was important to us … to capture both of those moments in time.”

Polio — infantile paralysis — terrified the United States at the turn of the 20th century. The virus usually struck when the weather turned warm; late summer was referred to as “polio season.” Its victims, often infants and small children, would get headaches that quickly turned to paralyzed limbs. Sicker patients were put into iron lungs to keep them alive. Polio killed hundreds of Americans each year and paralyzed thousands more.

Polio hit North Carolina especially hard in the 1940s. Nearly 900 cases were reported during a 1944 outbreak centered in Hickory. Four years later, it was Greensboro’s turn.

In Greensboro, polio patients filled a converted dance hall at a former troop depot on the city’s east side. A second hospital opened downtown in July. But more hospital beds were needed.

Guilford County residents raised $500,000 — about $5 million in today’s dollars — in money and materials to build a new hospital. Construction on the cinder-block facility began in July. A month later, Life magazine documented the community’s simultaneous efforts to battle the disease and build a new hospital. Ninety-five days after work started, the new hospital opened.

The Central Carolina Convalescent Hospital had seven single-story wings with 134 beds. There was an operating room, rooms with iron lungs, rooms with wading pools and whirlpools — hydrotherapy was a popular treatment method — and a school so ill children could keep up with their studies. Families brought their young ones from all over the state for treatment.

Though most regular hospitals in the South were racially segregated, this one wasn’t. The National Foundation for Infantile Paralysis, which donated equipment, supplies and nurses, had a policy of caring for all children. Greensboro’s polio hospital also employed both blacks and whites.

By the mid-1950s, after Dr. Jonas Salk developed a polio vaccine, the number of new polio cases declined dramatically. Greensboro’s polio hospital was converted in 1958 into a rehabilitation hospital, then closed a few years later.

In 1963, the old polio hospital was pressed back into service as the community dealt with another public emergency.

In May of that year, black youth — thousands of students from N.C. A&T, Bennett College and Dudley High School — took to downtown streets to force the city’s movie theaters, restaurants and motels to integrate. Police arrested hundreds.

But the students refused to leave jail. When jail cells filled up, authorities put students in makeshift detention centers — the county prison farm, a National Guard armory and, finally, the old polio hospital.

Four hundred young people, many of them female students from Bennett, were packed into the old hospital. There weren’t enough beds or toilets or privacy. And everyone remembered the hospital’s original purpose.

“For the students, it was a particularly traumatic place to be held,” said Parsons, an assistant professor of history and UNCG’s director of public history.

After three weeks of daily protests and mass arrests, city leaders gave in and asked local businesses to serve black customers. As Duke University historian William Chafe notes in “Civilities and Civil Rights,” his book about Greensboro during the civil rights era, some local establishments complied that summer, though some other businesses didn’t open their doors to blacks until after Congress passed the Civil Rights Act a year later.

Since then, much of the old polio hospital at 711 Huffine Mill Road has been torn down. The lone surviving wing is occupied by a nonprofit organization that teaches at-risk youth to train shelter dogs.

In 2017, students entering UNCG’s graduate program in museum studies got an assignment: complete a project to commemorate the hospital’s 70th anniversary the following year. As this team of nine master’s students presented their research at public meetings, Parsons said, community members suggested they ask the state to put up a highway marker.

The state’s Highway Historical Marker Advisory Committee had turned down a request for a sign in 2012. The initial application focused only on the construction and operation of the polio hospital, which Parsons said wasn’t enough to convince the committee of the site’s historical significance. Parsons said the UNCG graduate students expanded on that earlier research and examined the site’s role during the civil rights protests of 1963. That extra historical detail won over the marker committee, which approved the highway sign in December.

The new highway marker that will be unveiled Saturday mentions the site’s dual roles in the city’s history. The N.C. Department of Transportation will put the marker at East Wendover and Elwell avenues, about a tenth of a mile from the old hospital site. The sign could go up as early as next week, said Ansley Wegner, the administrator of the N.C. Highway Historical Marker Program.

“The polio hospital was both a source of pride and of pain for Greensboro,” Parsons said. “For a long time, its history has been ignored. It was important to preserve that memory now.”

Seventy years ago, Central Carolina Convalescent Hospital opened to help those who got sick …

Nearly 2,500 degrees were handed out during UNCG graduation ceremonies on May 10, 2019.

Actor Ken Jeong mixed his signature comedy with serious advice in his Friday commencement speech in Greensboro to UNCG graduates.

One of the departures is novelist and UNCG writing professor Michael Parker.

From the 336 to the 704: Greensboro students send love to UNC-Charlotte

UNCG and N.C. A&T hold vigils Wednesday after two students are fatally shot in a classroom at another state university.

What: Dedication of the highway marker for the former Central Carolina Convalescent Hospital

Here's the text of N.C. Highway Historical Marker J-122, which will be placed at East Wendover and Elwell avenues in Greensboro later this summer:

During 1948 epidemic, integrated hospital built in 95 days. In 1963, it was makeshift jail for civil rights protesters. Operated 1/10 mi. S.

From mill villages to polio hospitals, this UNCG graduate program is digging deep into Greensboro's past.