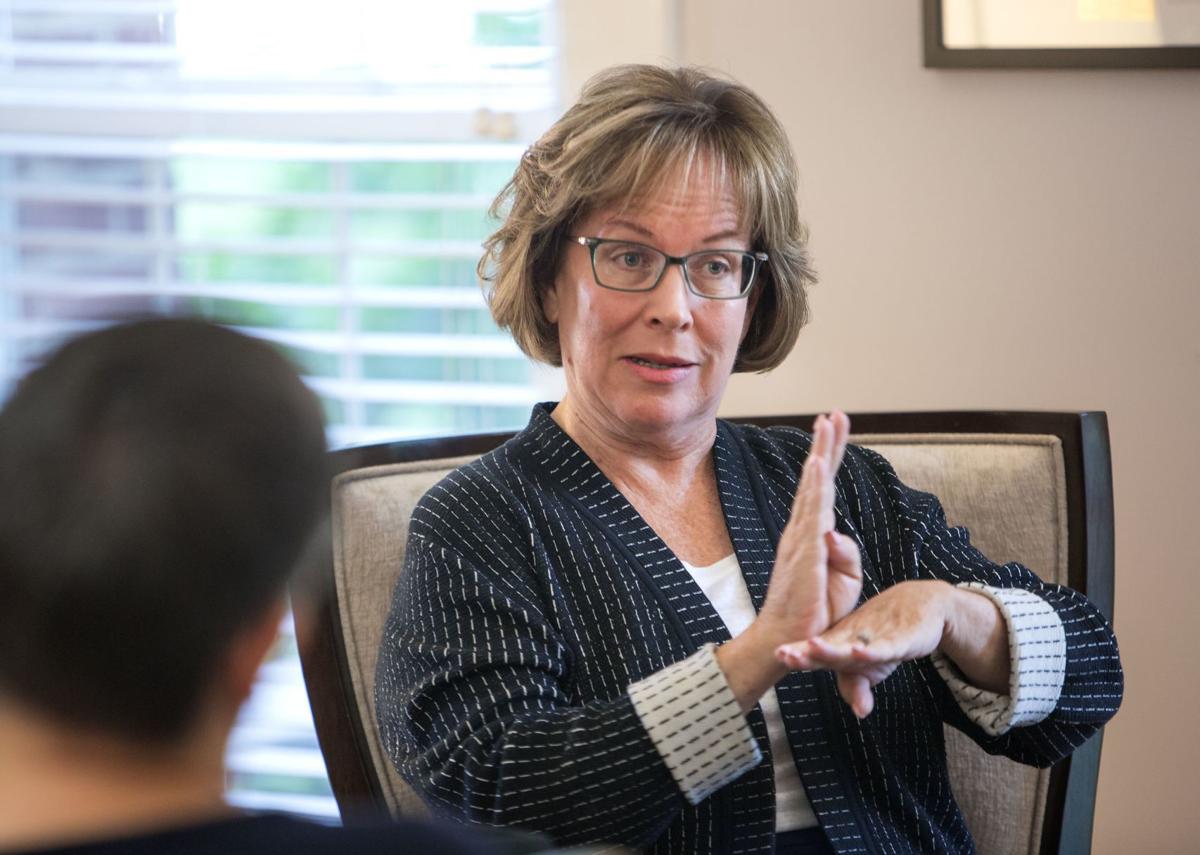 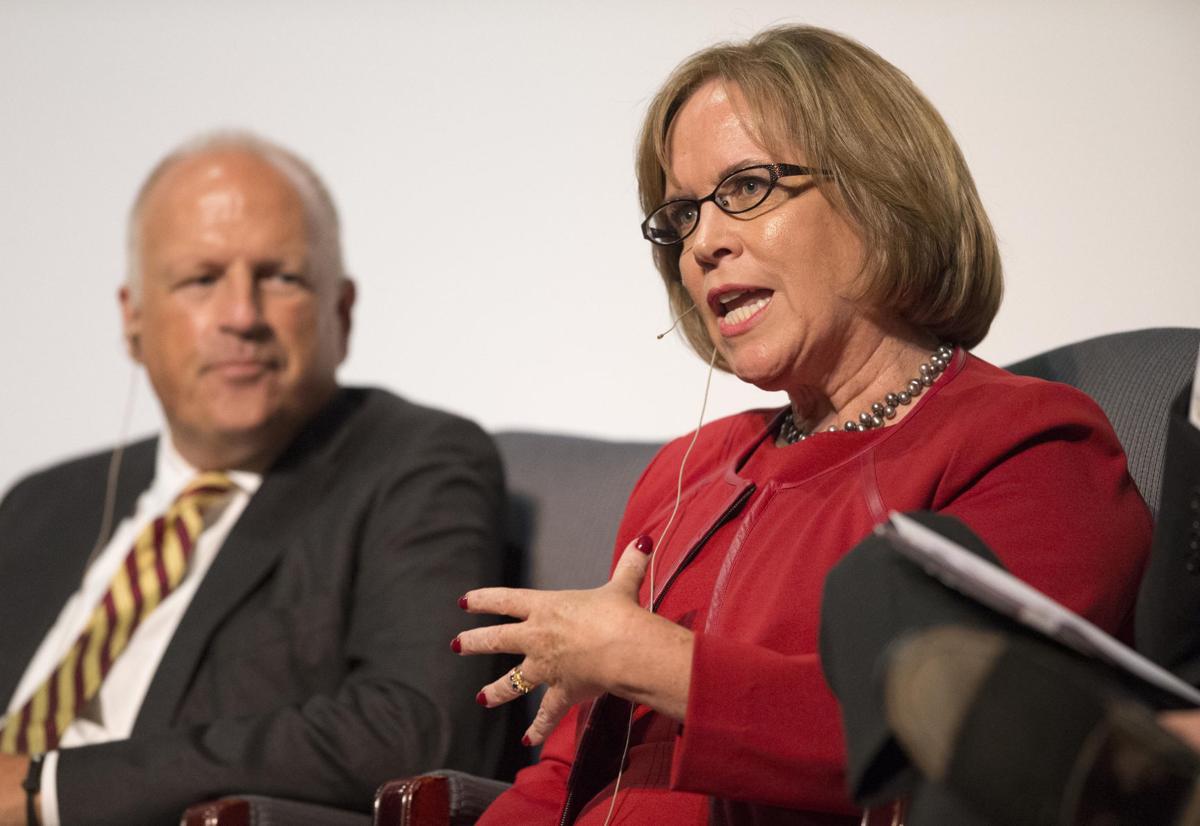 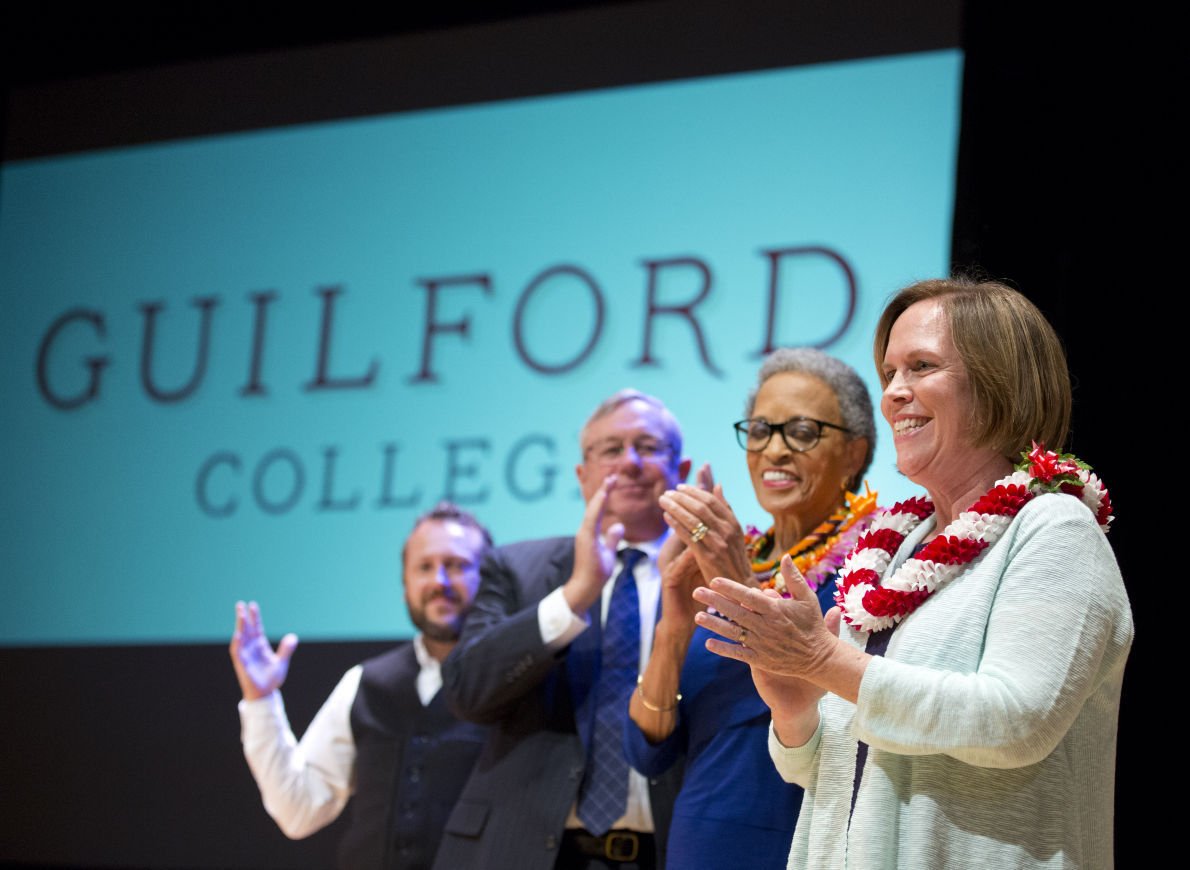 GREENSBORO — Jane Fernandes will mark two milestones on July 1, 2021: It will be her seventh anniversary of her arrival at Guilford College, and it will be her last day as the college’s president.

Guilford announced Friday that Fernandes will resign next summer as the college’s ninth president, a year before her current five-year contract is set to expire. Fernandes has been president of the private Quaker college since 2014 and is the first deaf woman to lead a U.S. college or university.

In a four-paragraph letter Friday to the Guilford community, Fernandes said she had been thinking about leaving the presidency “probably in 2022” and said she is “grateful for the opportunity to have been a part of this community.”

But Fernandes is stepping down in part because of the COVID-19 pandemic, which is putting stress on small and large colleges alike.

Guilford announced earlier this month that it would reopen in August with in-person instruction after closing its campus in March. But the college furloughed slightly more than half of its non-faculty employees in early April to help save money while students finished the spring semester at home and summer activities on campus were canceled. Those furloughs are scheduled to last through at least the end of July.

“Now with the increasing uncertainty of our altered reality that this pandemic is causing,” Fernandes wrote, “I think it best to complete some of the hard decisions we need to make, assist the Board of Trustees with a transition, and allow another leader to envision and implement the structural adjustments in higher education that undoubtedly will follow this crisis.”

Greensboro attorney Ed Winslow III, chairman of the college’s Board of Trustees, called Fernandes’ tenure “a period of progress and bold leadership” in a two-page letter to the college community.

“She has found new ways forward that are firmly grounded in Guilford’s noble and historic past rooted in our Quaker values,” Winslow wrote. “What has not changed is that Guilford remains a powerful advocate for liberal arts education, and it preserves the highest standards of intellectual excellence.”

Fernandes’ tenure to date has been marked by lots of change and some turbulence, but Guilford’s trustees had generally supported her and in 2016 extended her initial three-year contract by another five years.

Among the biggest changes: The college is spending $50 million to renovate dorms, athletic facilities and other campus buildings. It’s among the biggest construction efforts in the college’s 183-year history, but Guilford borrowed most of the money, something the college traditionally has not done.

In the redesigned curriculum called the Guilford Edge, students take a single intensive three-week class at the start and end of each academic year. Each student has assigned academic and career advisers during their time at Guilford and must complete an interdisciplinary project to graduate. Many traditional courses were redesigned.

Winslow in his letter Friday credited the Guilford Edge with attracting more first-year and transfer students to the college. The college in a news release announcing Fernandes’ resignation said Guilford’s enrollment rose 8% last fall in the first full year of the Guilford Edge.

Enrollment — and the tuition revenue that comes with it — has been the biggest challenge facing Guilford and other small private colleges in recent years.

Guilford’s enrollment declined every year from 2009 to 2017, according to the college’s own statistics, and again in 2018, according to federal numbers. One of Fernandes’ first big acts after arriving in Greensboro was to eliminate 52 positions in 2015 to close a $2 million budget deficit. But another money-saving move — contracting its housekeeping services to a private company — drew the ire of some Guilford professors, who protested the decision at commencement in 2018.

The college agreed to add two women’s sports, promised to improve facilities and scheduling for women’s teams and take other steps to ensure equitable treatment of its women student-athletes and their teams. Guilford, meanwhile, is seeking its fourth permanent athletics director in three years.

After she resigns as president, Fernandes said she plans to move into a faculty role at the college.

In addition to serving as president, Fernandes also is an English professor at Guilford. It’s common in higher education for college leaders to hold dual roles if they came up through the academic ranks; her predecessor at Guilford, Kent Chabotar, remains on the college’s political science faculty. Fernandes holds a doctorate in comparative literature and during her 34-year career in higher education has taught American Sign Language.

Fernandes came to Guilford from UNC-Asheville, where she had been provost and vice chancellor of academic affairs for six years. For 11 years before that she was a vice president and later provost of Gallaudet University, the Washington, D.C., school that educates people who are deaf or hard of hearing.

The private Quaker college has announced it's eliminating 45 staff positions and five visiting faculty roles. Just last week, its president said she is resigning next year.

The two schools say academics, housing, dining and other aspects of campus life will be different this fall in the midst of the COVID-19 pandemic.

The private liberal arts college plans to reopen in the fall.

Guilford College's message: We plan to be open in the fall

Like a growing number of schools across the state and nation, the private Quaker college said it intends to offer on-campus and in-person instruction this fall.

'It all became urgent at the same time': Guilford College sees a campus building boom

Construction projects at the private college include renovations of athletics facilities and three large residence halls, additions to its art building and creation of more student gathering spaces.