GREENSBORO — When students return for classes at Northwest High School later this month, some will see major upgrades to their classrooms.

The high school’s parent, teacher and student group raised more than $500,000 to renovate 23 mobile units located on the campus. That includes new paint, inside and out. Other changes vary with each unit, from new televisions to plumbing upgrades to shelving.

“I’m so happy that we put together this mobile makeover project because the students need a clean environment and safe environment to learn in, with working bathrooms and working water fountains, and we made that happen this year,” said parent Melisa Graves, the group’s president.

Parents Melissa Stallings, the group’s prior president, and Michelle Gee, a former vice president, were among those who spearheaded the effort to improve the mobile units.

“I think the units before, they were not great learning environments,” Gee said. “The carpet was not good. The walls were not good. Some of the bathrooms were not working.”

Mobile units are used at many schools where student enrollment has risen above its classroom capacity. The district’s facilities master plan, which was unveiled in 2019, included proposals to eliminate the need for more than 500 mobile and temporary classrooms through a combination of renovations, new school construction and changes to magnet programs, which are designed to attract families from beyond a more traditional school attendance zone.

One project expected to relieve the need for mobile units at Northwest is the construction of a new high school with an aviation magnet program. Right now, though, there’s many other projects ahead of it on the district’s priority list.

Stallings said she was part of a group that connected as middle school parents years ago and worked together on school beautification efforts on the joint Northwest high school/middle school campus.

As their children got older and their efforts continued, they noticed something lacking.

“The one thing that had not been done, either by the school or Guilford County Schools as a whole, was an upgrade or an up-fit of these mobile units,” Stallings said. “What was supposed to be a temporary classroom has become a permanent fixture on this campus.”

In order to upgrade the mobile units, a big part of the group’s strategy was to secure sponsorships for the renovation of individual units from local businesses, groups and families.

All the campus’ mobile units are included in the renovation project save for one career and technical education classroom that was made up of several mobile units combined. With its larger size, that unit had a more expensive price tag for renovation and wasn’t able to secure a sponsor.

Teacher Scott Bennett, whose mobile unit classroom was one of those that were renovated, is looking forward to students seeing the change.

This Day in History: The Washington Monument is completed

The Bordeaux region, in crisis, calls for help to pull out vines

The Bordeaux region, in crisis, calls for help to pull out vines

Shocking royal family interviews that changed the course of ‘The Firm’

Shocking royal family interviews that changed the course of ‘The Firm’ 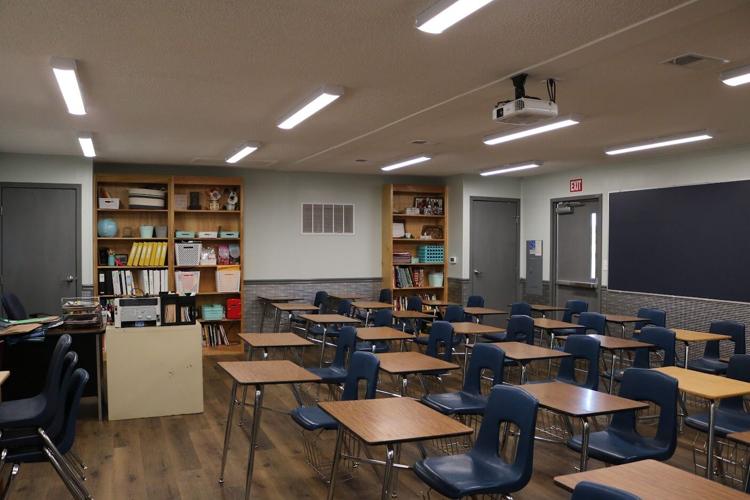 View of the interior of a recently renovated mobile unit at Northwest High School. 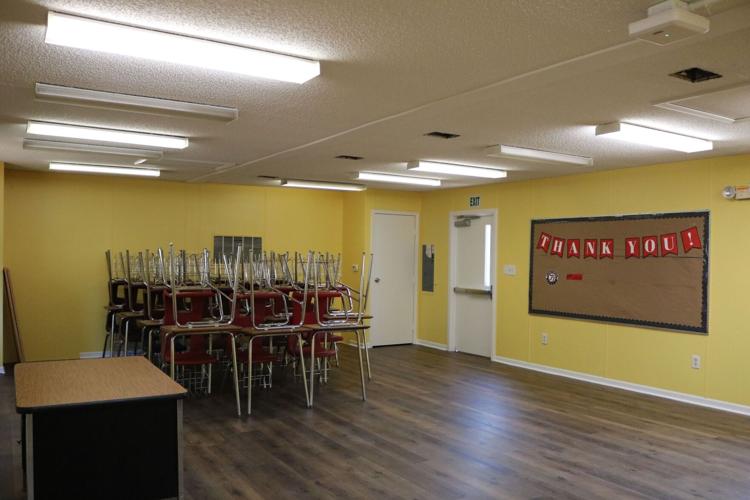