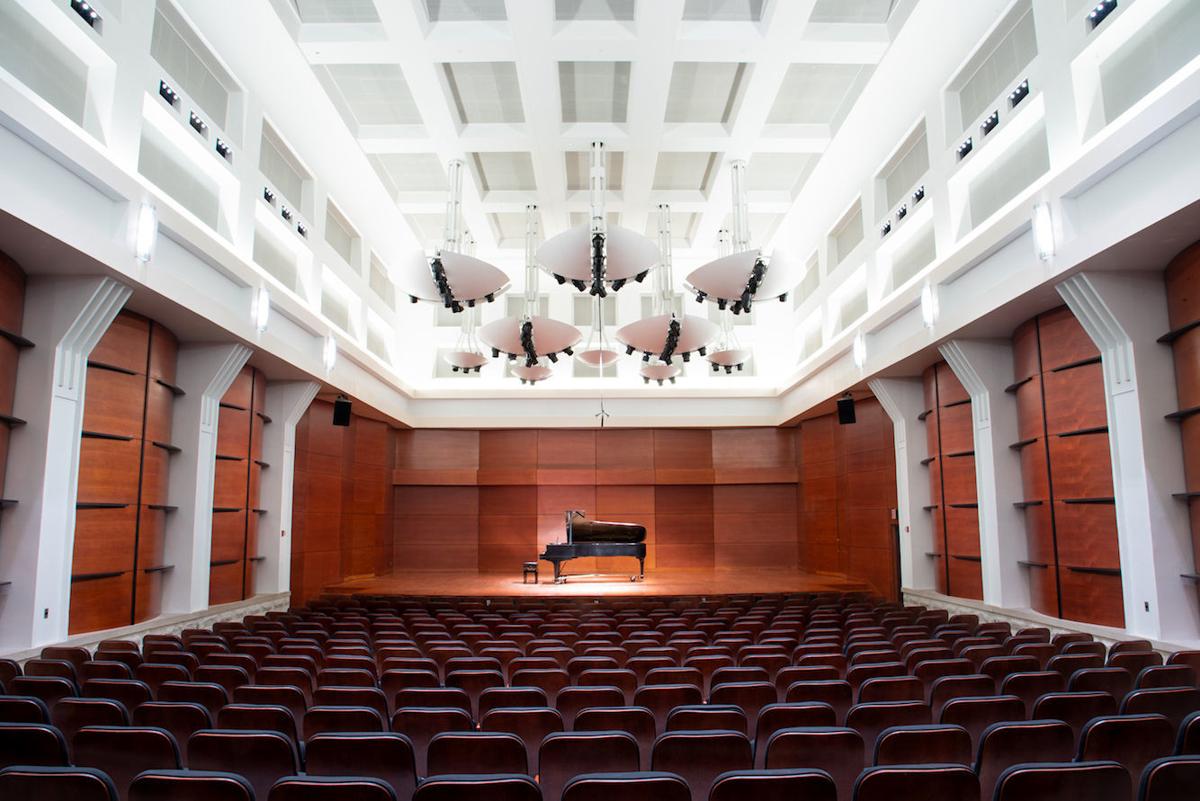 The Tew Recital Hall in the School of Music Building at UNCG. 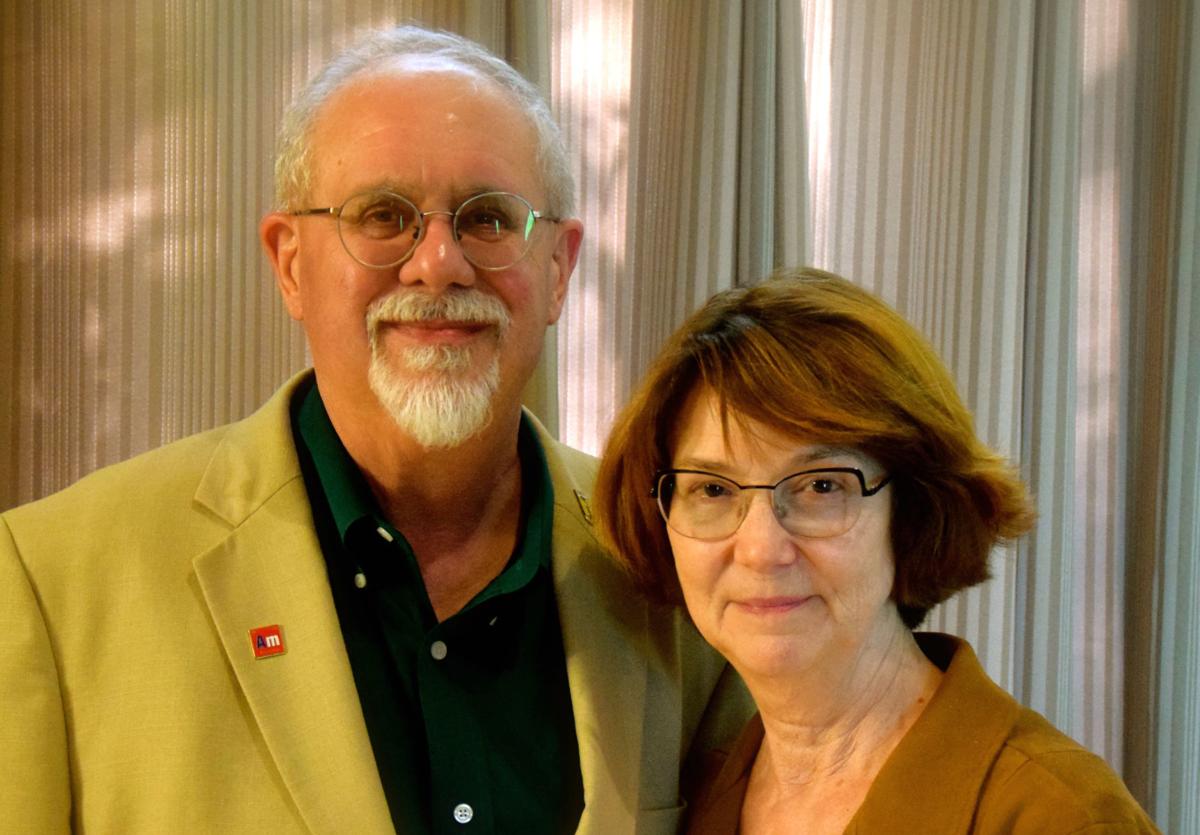 GREENSBORO — A month from now, Christopher and Laura Tew will mark their 50th wedding anniversary.

The Greensboro couple is celebrating a month early. They'll be on campus for their 50th class reunion at UNCG this weekend. Thursday night, they'll attend a concert in a 350-seat recital hall newly named for them.

UNCG announced this week that it has given a new name — the Tew Recital Hall — to its main performance facility in the School of Music Building. The renaming follows a $1 million gift from the Tews to the university.

“The recital hall is a treasure for guest artists and community organizations such as the Eastern Music Festival,” Laura Tew wrote in an email Tuesday to the News & Record. “This hall is also the space for ... nearly nightly performances by UNCG students and faculty, most often completely free and open to the public.

“Our wish is that this recital hall be filled by audiences appreciative of the enrichment and engagement it offers through the talents and dedication of UNCG's students and faculty to the people of greater Greensboro, and that our gift helps sustain and grow the School of Music.”

Laura Braxton Tew grew up near Greenville, and Christopher Tew was raised in and around Greensboro.

The two met in 1966 in a German lab at UNCG, according to a short story about college sweethearts written by UNCG’s Alumni Association. He carried her books to the library, where she worked. He was headed that way anyway to make copies of a music score he had written. The Tews married May 30, 1969, two days before they graduated from UNCG.

Laura Tew went on to do graduate work in chemistry at Duke University, earned an MBA at Pace University in New York and worked for nearly four decades in the chemical industry. She retired in 2009 as director of stakeholder relations for Arch Chemicals, an American chemical maker now owned by the Swiss firm Lonza.

Since then, Laura Tew has focused many of her volunteer and philanthropic efforts on introducing girls to careers in science, math and technology fields.

Christopher Tew started writing classical music in middle school and composed music that was performed while he was a student at Aycock Junior High School (now Swann Middle), Page High School and the Governor’s School. At UNCG, he was the first student to have his work played by the university’s symphony orchestra.

After graduation, as the couple moved around the country, Christopher Tew held a series of jobs and played the viola in the Greensboro Symphony Orchestra and several other orchestras. He also wrote concert music for school, community and professional orchestras. The Bratislava Symphony Orchestra in Slovakia has recorded two CDs of his compositions.

The dedication concert for Tew Recital Hall will be held at 7:45 p.m. Thursday at UNCG's School of Music Building. Admission is free.

The program will feature several works composed by Christopher Tew, including two he wrote while a UNCG student. The event also will feature the string orchestra premiere of "3 Panoramas: Memories of Japan."

The event also will feature a work composed by Shar Joyner, a UNCG senior who will graduate with a degree in music in May.

bruce d. mcclung, now at the University of Cincinnati, will start work July 14.

Music for a fallen president

The 2019 winners include Valerie Jarvis McMillan of N.C. A&T and Dianne H.B. Welsh of UNCG.

The Syllabus: The N.C. A&T and UNCG boards will get new trustees

The UNC Board of Governors has made its picks for the trustee boards at the city's two state universities.

On voter IDs, N.C. A&T and UNCG were tripped up by selfies and Social Security numbers

It's unclear what Greensboro's two state universities might do to have their student and employee identification cards comply with North Carolina's voter ID laws.

The Tew Recital Hall in the School of Music Building at UNCG.