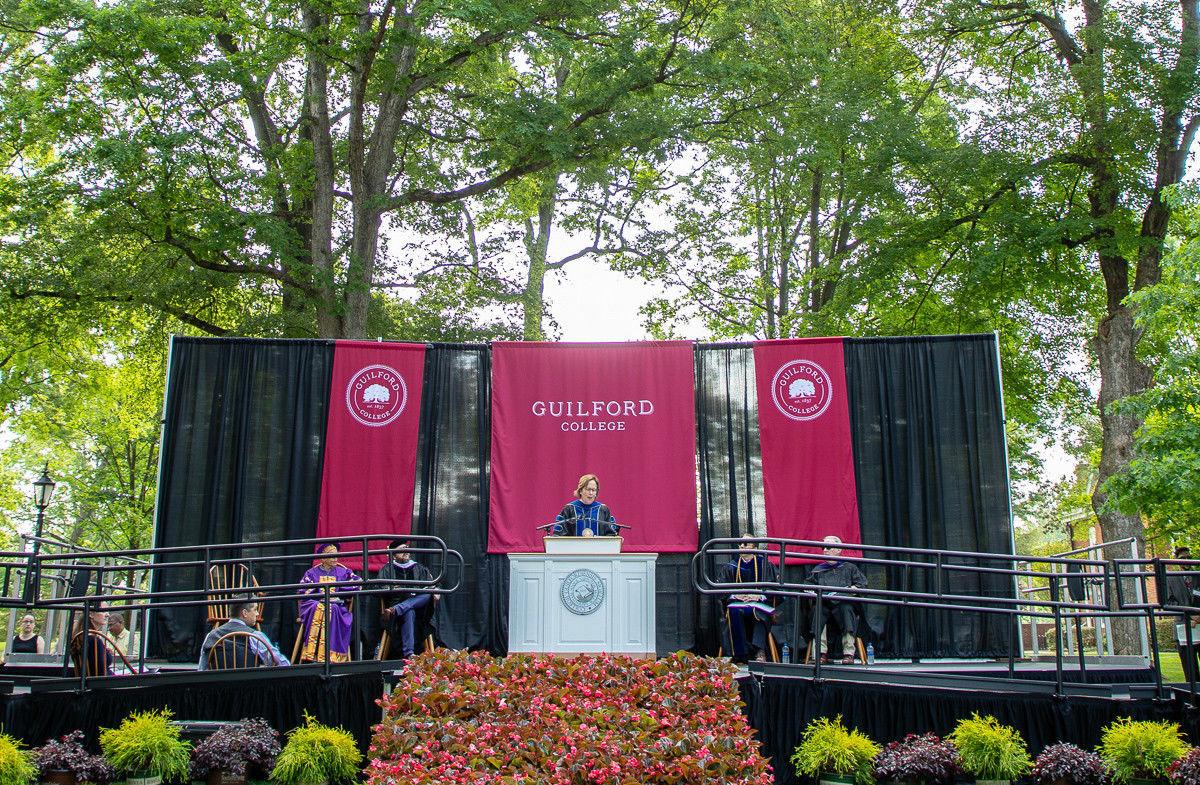 Guilford College President Jane Fernandes speaks at commencement on May 4, 2019. The college awarded 292 degrees, including its first five master's degrees in 45 years. 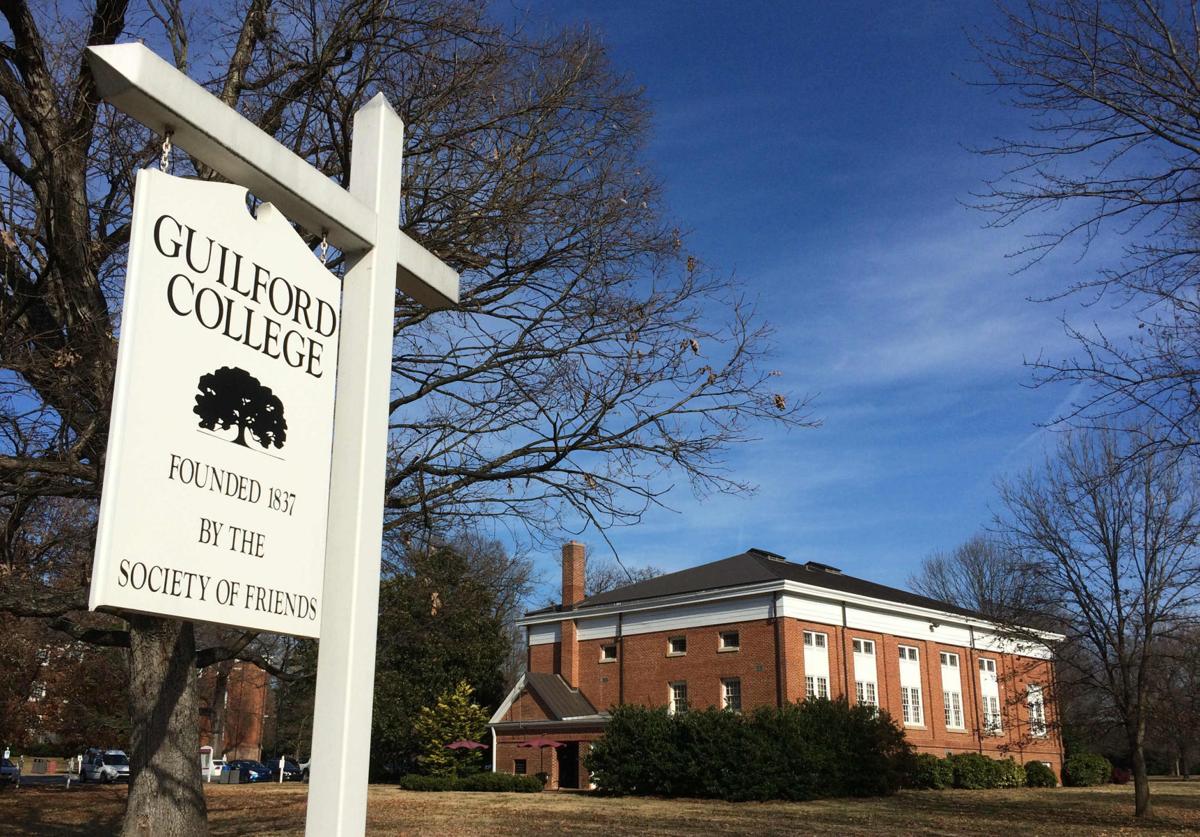 GREENSBORO — Its campus empty through the rest of the spring semester, Guilford College has furloughed 133 full-time and part-time staff employees for the next two months.

Slightly more than half of the college’s 250 non-faculty employees were notified Thursday that they would have to take unpaid time off from work through at least June 1, President Jane Fernandes said in an interview Friday.

The furloughs are intended to help the private Quaker college of about 1,700 students save money at a time when the campus is closed because of COVID-19 and the nation teeters on the brink of a deep recession.

“In a sense,” Fernandes said, “it’s a crisis within a crisis.”

The furloughs came about two weeks after Guilford told all students to move off campus by March 21 as cases of COVID-19 started to surge across the state and nation. Fernandes said most Guilford students are back home. Some who couldn’t return home right away are staying locally with college alumni and trustees.

In the past month, Guilford, like most other N.C. colleges and universities, moved classes to online instruction, told employees to work from home and postponed May’s commencement.

“There’s less and less need to be on campus,” Fernandes said. “The work is not being needed in the same way.”

Guilford may not be alone in looking to cut costs in an uncertain time.

According to a survey of college presidents conducted in late March, more than half expect to have to lay off some employees, and nearly 60% say they probably will furlough some workers. More than 80% of presidents are predicting they’ll see lower enrollments in the fall — a worrisome development for small private colleges like Guilford whose budgets depend heavily on annual tuition revenues.

The survey of 142 presidents of two-year and four-year colleges and universities was conducted by the Association of American Colleges & Universities and ABC Insights, a higher education data analysis consortium based in Chapel Hill. The survey results were reported Friday in the Chronicle of Higher Education.

Meanwhile at Guilford, the work continues.

Fernandes said the admissions office continues to recruit students for its next freshman class scheduled to arrive on campus in August. The advancement office is raising money for a new emergency fund to help students cover the unexpected costs of daily living expenses, medical bills and technology so they can take classes online. Professors and remaining staff members are planning for summer school — Fernandes said Guilford intends to hold summer classes online if students and faculty can’t meet in person — and the upcoming fall semester. Guilford, she added, is thinking about holding commencement during homecoming and family weekend in early October. Those plans are not yet final.

As coronavirus tests Guilford’s community and stewardship and other core values, Fernandes said this crisis will force the college to take good care of its human and financial resources. Though campus buildings are locked, she said, the college is not closed.

“We haven’t closed anything. Guilford College is surviving,” Fernandes said. “The college is going to get through this crisis and prevail.”

The private liberal arts college plans to reopen in the fall.

Guilford College is closing its campus, telling students to leave and delaying its May 16 commencement

The rest of the spring semester will be conducted online. The college didn't announce a new date for graduation.

A 'quadruple whammy': UNCG braces for budget cuts due to credit-hour dip and COVID-19

A decline in student credit hours means a decline in state funding. The spread of COVID-19 complicates UNCG's budget picture even more.

Guilford College is revamping its curriculum and calendar this fall. Will it give the local college an edge?

Guilford College leaders hope the Guilford Edge will better prepare students for life after college and help the school stand out in a crowded higher education marketplace.

Guilford College President Jane Fernandes speaks at commencement on May 4, 2019. The college awarded 292 degrees, including its first five master's degrees in 45 years.