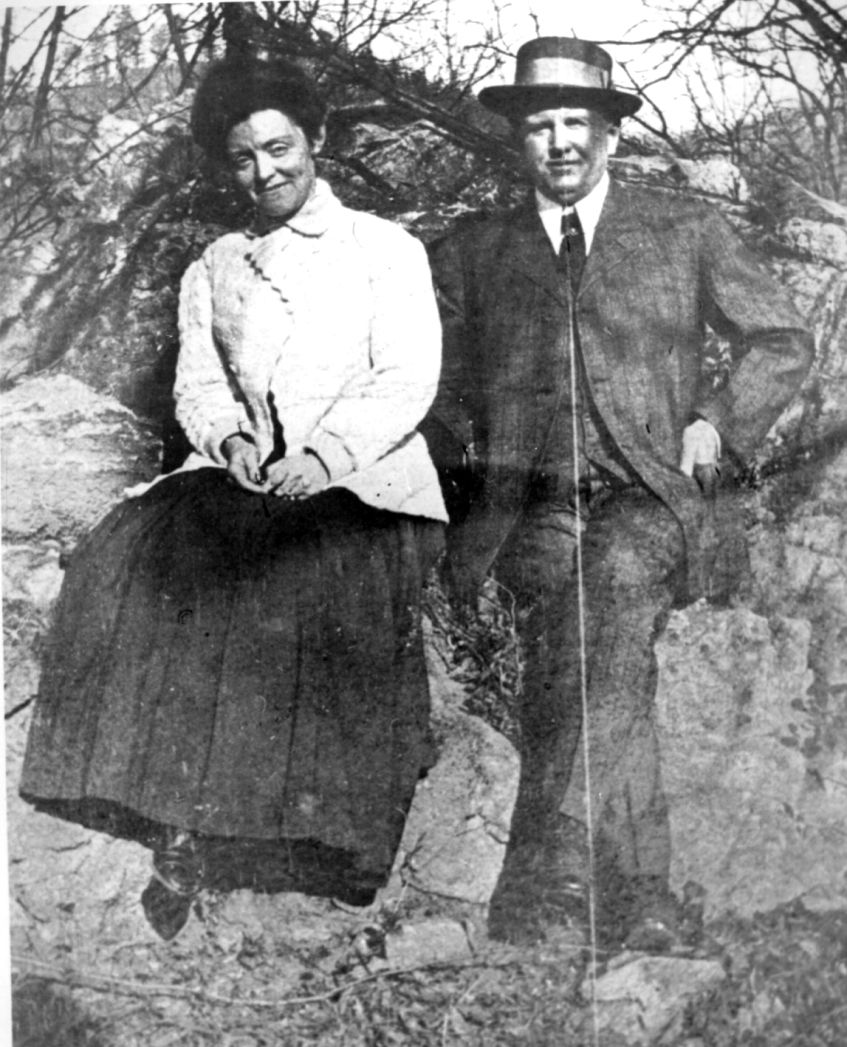 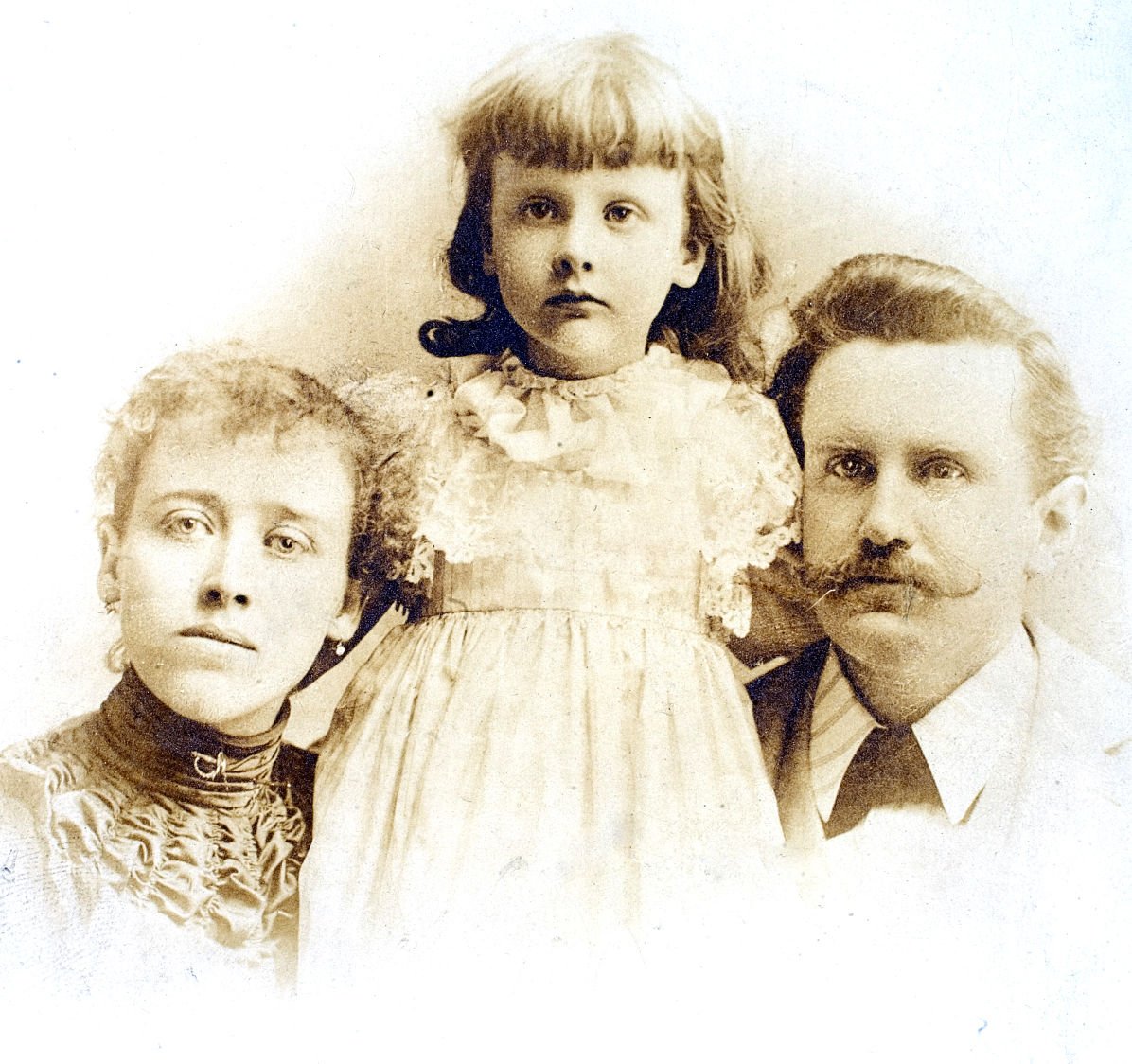 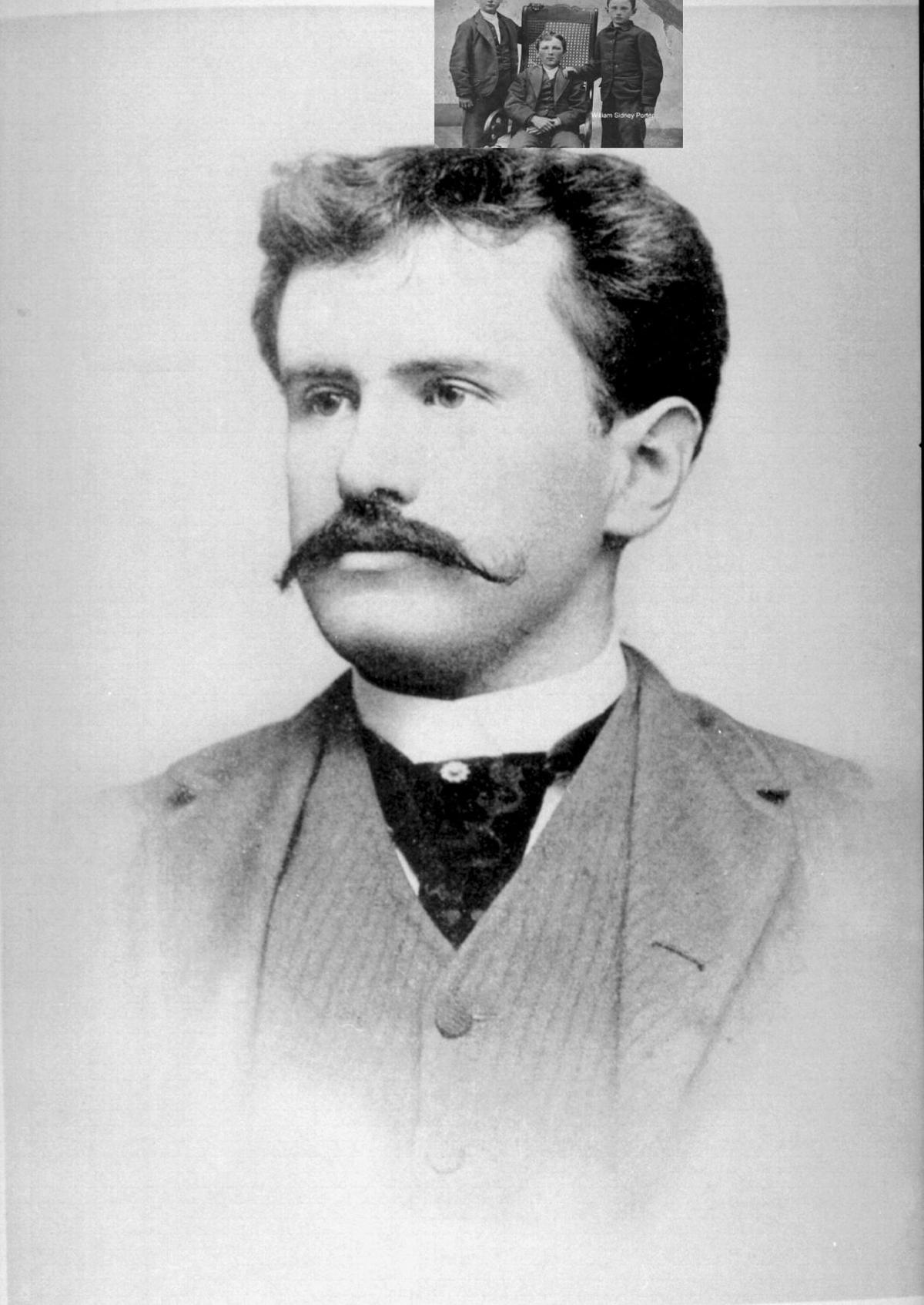 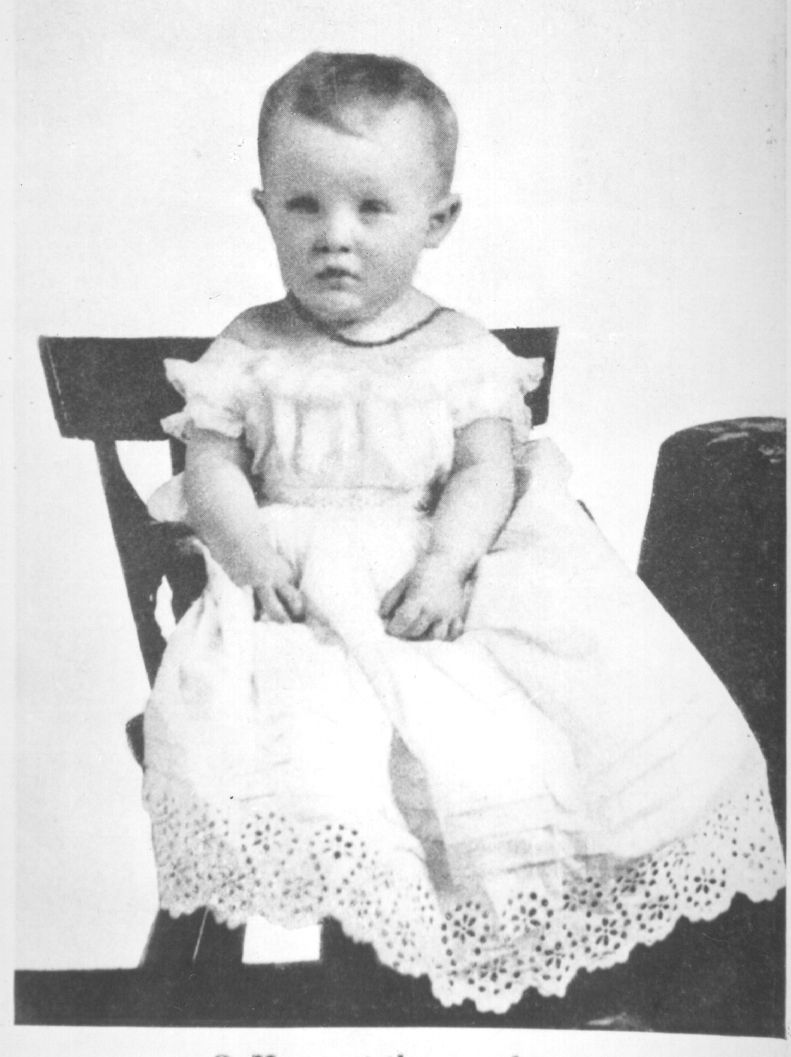 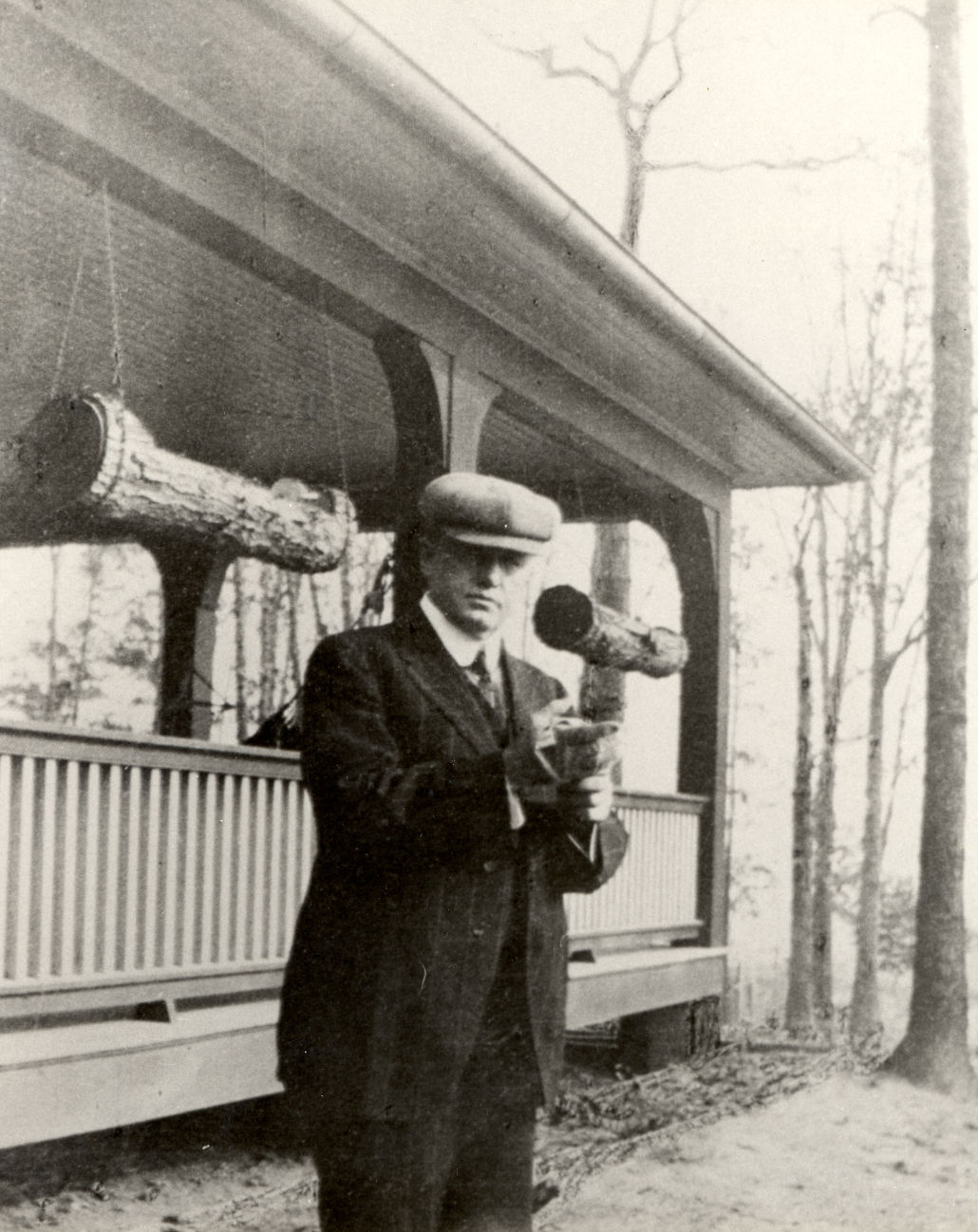 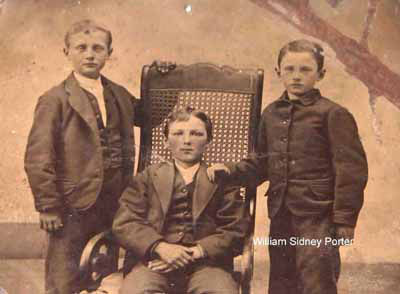 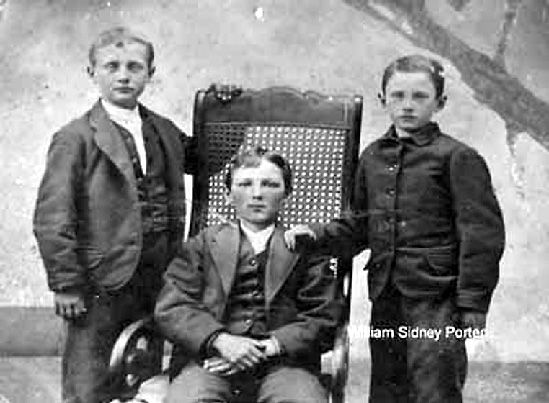 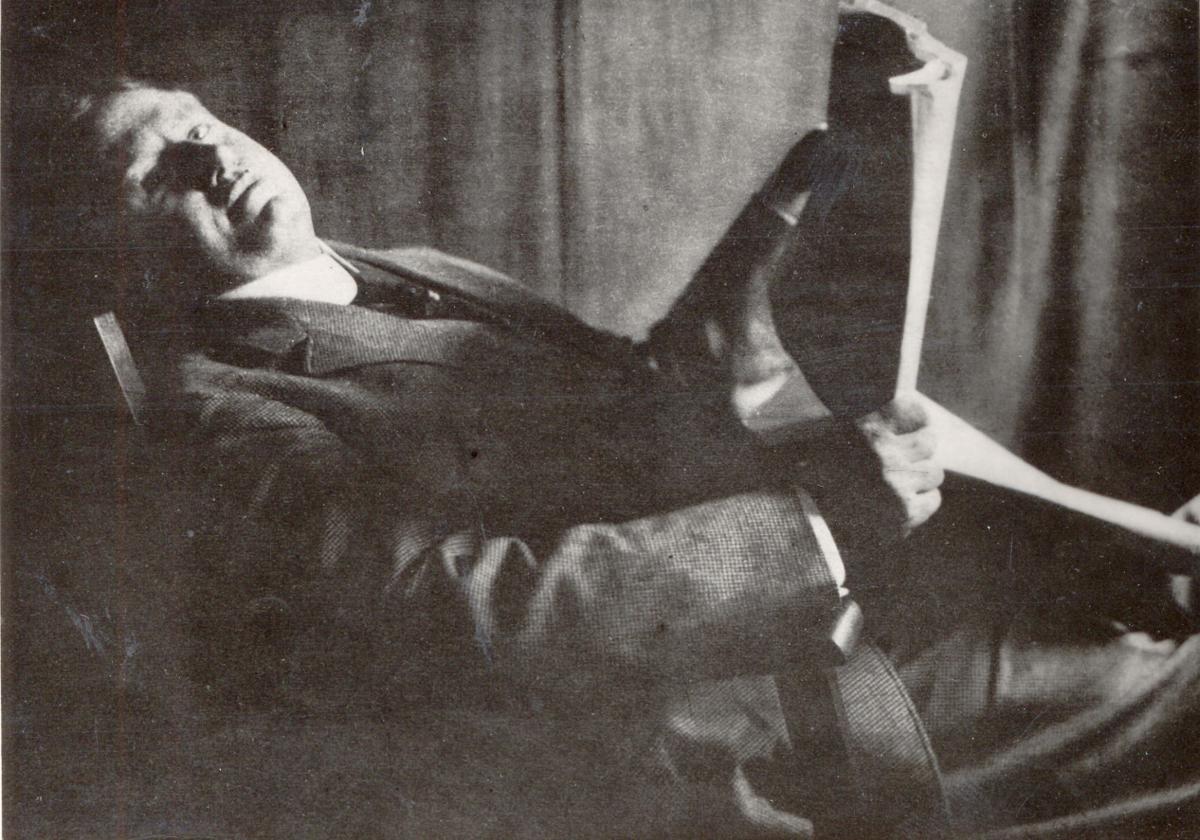 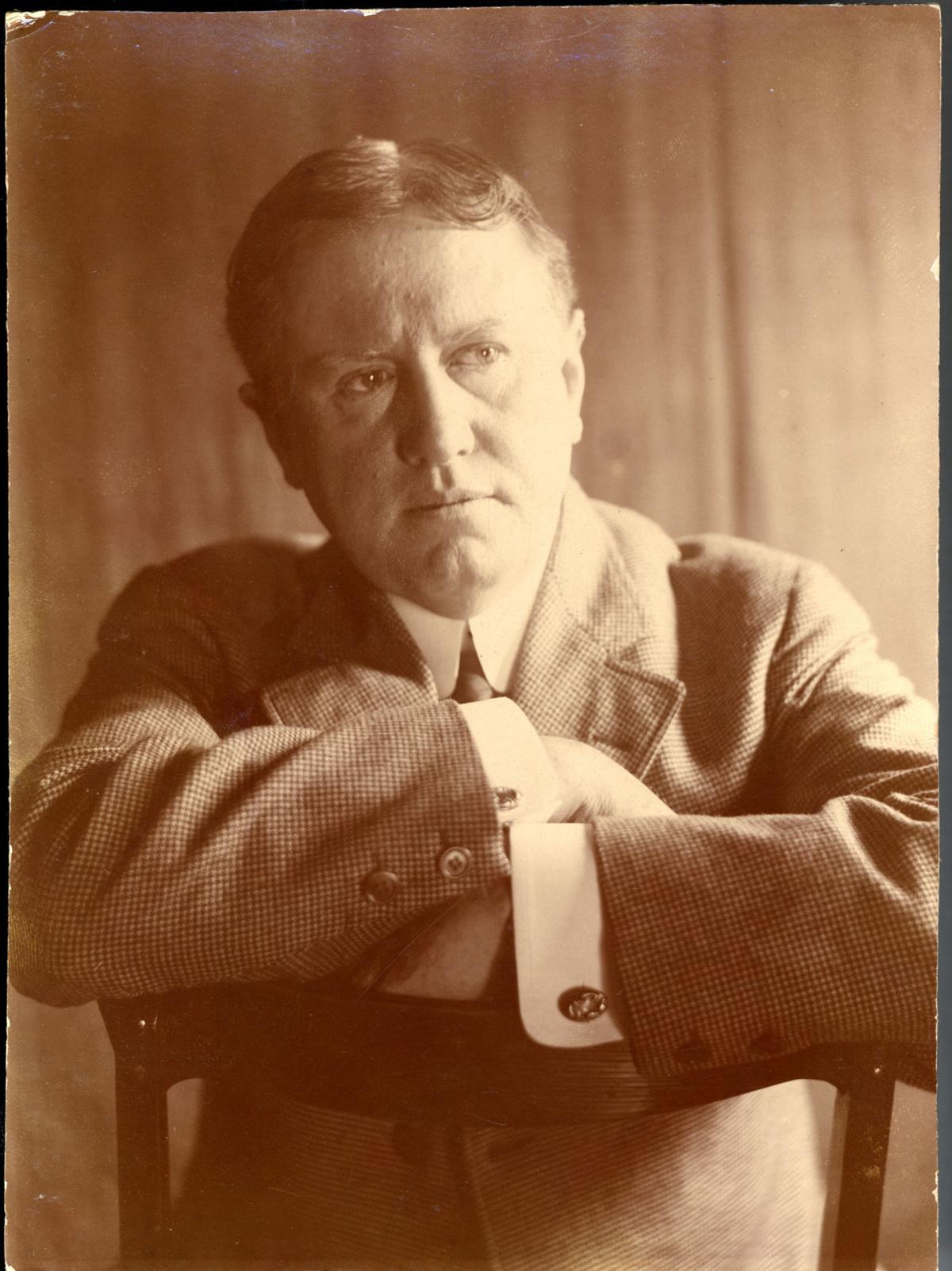 Greensboro’s most famous native son, O. Henry, gave Christmas an enduring present when he wrote “The Gift of the Magi” more than a century ago.

Several weeks earlier, before O. Henry had penned the piece, the Sunday World fired him. It then later demanded a Christmas story from him anyway.

The dismissal came, according to O. Henry biographer David Stuart, when a new editor spotted on the payroll that O. Henry made $100 for writing only one story a week.

“Can him!” Stuart quotes the editor.

Born William Sydney Porter here in 1862, O. Henry felt relief once he was freed from the weekly World deadlines. He took a trip, returning to New York just before the World’s Dec. 10 ad-filled Yule special was to appear.

A World office boy knocked at Porter’s apartment on Irving Place in lower Manhattan. He asked for the story for the World’s Christmas special.

The surprised writer said he had no story.

The office boy, Stuart writes, wouldn’t leave without a story.

“All right,” Porter said, finally. “I’ll give you a Christmas story.”

He went to his writing table and, Stuart says, began, “his pencil scraping across the yellow pad he used, never stopping, never faltering. He wrote for two hours, handing the office boy each page as he finished it, not halting to correct.”

The words rank as one of the world’s Christmas classics, along with Charles Dickens’ “A Christmas Carol” and a few others.

Stuart acknowledges that other versions exist about how Porter crafted “Gift.” But nearly all have a World employee or someone with him in his apartment as he wrote.

That seems to prove that Sal Anthony’s Restaurant in New York, now occupying Porter’s former apartment, rightly boasts that the story was penned there, not at Pete’s Tavern, a half-block away. A sign over a booth at Pete’s claims Porter wrote it there.

But forget the where and how. The intriguing question is what sparked the inspiration for such a deceptively simple Yule yarn, as Porter often called his short stories.

In his story, a young New York wife, Della, cuts and sells her beautiful hair to buy her husband, Jim, a watch fob, only to find on Christmas morning that Jim had hocked his watch to buy combs for her hair.

A collection of Porter’s papers at Princeton University says Athol Porter, the writer’s first wife, a Texan he met after leaving Greensboro in 1882 and who died in 1897, was the model for Della.

Several other biographers, including the late Alphonso Smith, a boyhood friend of Porter’s here, also link Athol and Della. But the only proof offered is that the two shared similar physical traits.

Yet another woman may have been the inspiration, according to an August 1947 Reader’s Digest article by Henry James Foreman, who had known O. Henry.

“I am going to write about you and your wife,” Porter is quoted telling Denison. “I’ve never met her, but I think that you two are the kind that would make sacrifices for each other.”

Still, from whence came the plot?

Maybe it was one of O. Henry’s usual suspects. Porter strolled Manhattan streets people-watching. He based some stories on New York shop girls. He regarded them as unappreciated, underpaid and overworked. He used them in stories enough to become dubbed “The Knight of the Shop Girl.”

One of O. Henry’s closest friends, Al Jennings, a former train robber and ex-convict, as was Porter, watched the writer in New York, where Porter settled in 1903.

“He owned the city, its people were his subjects,” Jennings wrote in 1921. “New York was an enchanted labyrinth, yielding at every twist the thrill of the unexpected — the wonderful.”

Calling Porter “The Peerless Midnight Investigator” and “The Insatiable Explorer,” Jennings said the writer had “... one indomitable passion — he wished to discover the secret and hidden things in the character of the men and women about him.”

Porter himself once said: “There are stories in everything. I’ve got some of my best yarns from park benches, lamp posts and newspaper stands.”

He could hatch stories from a glimpse of a person on a Madison Square park bench, a girl in a lower Broadway department store, a bum passed out in the Bowery, a cop on the beat.

He once boasted he could find a story in the restaurant menus he and a friend were reading. The result: “Springtime A La Carte,” about a love sick woman who typed daily menus for a New York restaurant and who absent- mindedly wrote, “Dearest Walter, with hard-boiled egg.” Her lost lover saw it, realized only she could have typed it and found her.

While many of Porter’s stories had New York settings, his imagination occasionally journeyed home to Greensboro. He borrowed characters and settings he saw as a boy exploring the countryside and watching the South Elm scene while working at his uncle’s drug store.

“The Two Renegades,” published in August 1903, begins: “In the Gate City of the South, the Confederate Veterans were reuniting.”

Another story, “The Emancipation of Billy,” calls Greensboro “Elmville.” Some believe the Sherwood House served as the “Gov. Pemberton” home in the story. The house stood during Porter’s youth and the old dwelling is now used as a law office on West Friendly Avenue downtown. The house is across from where the Porter homestead stretched between Edgeworth and Eugene streets.

The man who could write such warm, witty, often uplifting stories had a messy personal life. He called his childhood in Greensboro unhappy and moved to Texas at 20.

His wife died young and he had a warm relationship with their daughter, Margaret. He was an alcoholic, which caused his second marriage — to a former childhood sweetheart from Greensboro — to fail. Writing made him loads of money but he spent it or gave it away and was always broke.

He felt shame having been in prison, from 1898 to 1901, for embezzling from a Texas bank, a charge he denied. He feared running into another ex-con who would recognize him.

His life ended at 47 from cirrhosis of the liver and other ailments.

He had written an estimated 600 stories, most with his trademark clever, unexpected endings.

He would have roared approvingly at how his hometown paper, the Greensboro Daily Record, handled his death.

The front page contained a one-paragraph item about funeral arrangements. Readers had to go to another page to learn he had died.

A man who could write “The Gift of the Magi” seemingly would have had sentimental feelings for Christmas. He was writing another Christmas story — in June of 1910 — when he died.

But his feelings about Christmas aren’t known. He may have viewed the holiday with drudgery. It annually brought demands from editors for fresh Yule stories.

One fact is for certain. He used Christmas stories and his editors as excuses to escape from friends, especially in the summer when tempers boiled.

A former O. Henry editor quoted one of the writer’s friends as saying Porter would break away from friends with the excuse that he had to go write because “a heartless editor demanded a Christmas story.”

A veteran's reflections on Afghanistan

Watch Now: The mystery of the mask

Watch Now: The mystery of the mask