Duke Energy continues work excavating coal ash from basins along the Dan River to move it to a new, lined landfill nearby on the site. The uti…

Five years ago Saturday, a drainage pipe under a coal ash pond at the Dan River Steam Station near Eden ruptured, spilling up to 39,000 tons of the cloudy waste into the river.

It marked the third-largest coal ash spill in U.S. history.

The spill led to federal charges and fines against the Charlotte-based utility and spurred passage of a new state law requiring all coal ash storage ponds be closed by 2029.

The N.C. Department of Environmental Quality held a round of community meetings last month to discuss closure plans at six sites considered "low-risk."

The Dan River site is one of four "priority" sites originally slated to be closed by this August.

On this fifth anniversary of the spill, we take a look back at what caused it and where the cleanup stands today.

On the afternoon of that Super Bowl Sunday, a guard patrolling the Dan River Steam Station noticed one of the coal ash storage ponds looked suspiciously low.

By midnight, a platoon of environmental experts was on the scene, trying to staunch the third-largest coal ash spill in U.S. history.

The U.S. Environmental Protection Agency would later describe what happened that day at the retired power plant near Eden as the “sudden collapse” of a drainage pipe running under the main pond.

But the problems that led to that collapse were years in the making: years of coal-fired power production at the riverside power plant; years of burned coal waste accumulating in the nearby ponds; years of corrosion and seepage eating a seam into a vulnerable metal pipe beneath 1 million tons of coal ash; years of Duke Energy giving short shrift to early warnings from engineers about that very pipe; and years of state officials not always holding utility executives to high-enough dam safety standards.

Within five days, work crews had plugged the damaged drainage line. They also later closed off a second, smaller drainage line nearby that turned out to be leaking pollutants into the river.

Coal ash — what remains after power plants burn coal to produce electricity  — is not classified as a hazardous material. But it contains trace elements of such chemicals as arsenic, hexavalent chromium, selenium and vanadium that can threaten water quality given the gigantic quantities of ash that Duke Energy has amassed at 14 sites across North Carolina.

Environmental groups worry about the future health of the river.

"We know coal ash and substances like arsenic do not go away, they don’t disappear, they don’t evaporate," said Frank Holleman, senior attorney with the Chapel Hill-based Southern Environmental Law Center, which has sued Duke Energy over its coal ash handling on behalf of various groups, including four nonprofit river guardians and the state NAACP.

"Every time it floods, some of those materials are being deposited on land surrounding the Dan River," he said, adding that the spill continues to affect the ecosystem.

State environmental officials told the Danville Register and Bee this week the impact on the river has been minimal, with fish consumption advisories at the same level as they were before the spill.

The spill at the old Dan River Steam Station's storage pond coated the river bottom with toxic ash as far as 70 miles downstream.

By late July 2014, Duke Energy ended efforts to recover the spilled coal ash after collecting about 10 percent, representing the three largest deposits that had settled in the Dan River, all the way up to Danville, Va.

In collecting those deposits, the utility used what amounted to a gigantic, underwater vacuum cleaner atop a dredge barge to first stir up the top layer of coal ash then suck up the cloud of ash and debris. The next step screened out larger debris, sand and other junk. After that, the remaining water with coal ash was cleaned as the fine particles of contaminated material settled to the bottom for further processing. Clean water was sent back to the Dan River. The underlying polluted material was sent to the next stage, where special polymers were added and any remaining water squeezed out. The remaining, dried-out mixture was hauled away to a double-lined landfill about 30 miles away, near Rougemont, N.C., in Person County.

Federal and state officials authorized Duke to stop the removal effort after the large deposits were cleaned up. They said that continuing to remove more of the coal ash might do more harm than good by stirring up submerged pollution from other industries long ago.

Even before the Dan River spill, Duke had begun to phase out some of its coal-fired plants.

The Dan River plant, which was demolished in 2016, had already been replaced in 2012 by a more modern, natural gas-fired plant.

Seven of Duke Energy's 14 coal-fired plants in the state have been decommissioned.

Cleaning up about 4.2 million tons of coal ash takes time, and money.

Duke Energy expects it will have spent at least $260 million to dig up and move offsite or into a new, lined landfill the coal ash stored at the Dan River site.

In all, the utility looks to spend at least $5.7 billion safely storing North Carolina's close to 133 million tons of coal ash deposits.

"The company has really worked hard in the last five years to be a leader in managing coal ash," said Duke Energy spokeswoman Paige Sheehan.

In this January 2016 photo, dry coal ash is excavated at the Dan River Steam Station in Eden.

The burst pipe at the Dan River station in 2014 propelled the utility giant down a years-long cleanup path there.

Duke first dug up and hauled out about 1.2 million tons of the waste, sending it by train to the privately-owned Maplewood Landfill near Jetersville, Va. That part of the cleanup finished in spring 2017.

Michael Dougherty, Eden's director of economic development, said he watched some of the removal process. It was "pretty remarkable how carefully" the ash deposits were transferred to the trains and covered for transport to Virginia, he said.

Another about 112,000 tons has been recycled so far by a Virginia cement kiln.

Workers have been moving the rest of the waste stored at the Dan River site to a new, lined landfill on the same property that will hold some 2.8 million tons of ash when work there is complete, Sheehan said.

The basin closure plans vary by site. Some, like Dan River, will be excavated with the waste moved to new, lined landfills on site. Some would keep the ash in place, with the pile covered by an impervious cap of thick plastic sheeting and layers of soil. The cover would keep the ash dry and prevent it from spreading pollution, say Duke Energy officials and consultants. Other sites will reprocess some of the ash onsite to make it suitable for recycling into concrete.

Holleman, the environmental lawyer, says Duke should move all of the ash to lined landfills like the one at the Dan River site.

While no landfill is perfect, he said, the modern, lined landfills are preferable to keeping the ash in unlined basins that can leak into groundwater or nearby waterways.

Under state law, drawn up in response to the Dan River spill, Duke has until August to remove all of the coal ash from the former storage ponds at the now-shuttered coal-fired plant.

The onsite landfill is lined with clay and designed to catch and direct water runoff into a pipe that sends it to Eden for treatment.

Storage basins at three other plants were also originally slated to be closed by this August. The Asheville plant got a reprieve until 2022, although two of the three basins there have already been excavated. Sheehan said the work there is on track. More than 6 million tons have been excavated there, the latest data show.

And Duke recently sought an extension until February 2020 for the Sutton plant in Wilmington, which was hit hard last year by back-to-back hurricanes. The storms delayed and hampered cleanup efforts of the storage basins there, according to media reports.

More than 5.2 million tons have been excavated there.

More than 5 million tons have been excavated at the Riverbend station in Mount Holly, the other site slated to close by August.

Eden's Dougherty praised the utility for its work to remediate the spill. The company has put millions of dollars into the region that have helped smaller towns and cities, like Eden, add trails and improve access to the Dan River.

"I really think they did the best they could to remedy this in an appropriate way," he said.

Duke officials, environmentalists and Rockingham County and Virginia officials talk about the impact on the Dan River environment and tourism, and explore what's next with coal ash cleanup and the future of energy production in North Carolina.

Most of the 4.2 million tons of ash that had been stored at the utility's retired Dan River Steam Station near Eden has been hauled away to a Virginia landfill, sent to be recycled or moved to a lined landfill elsewhere on the site. 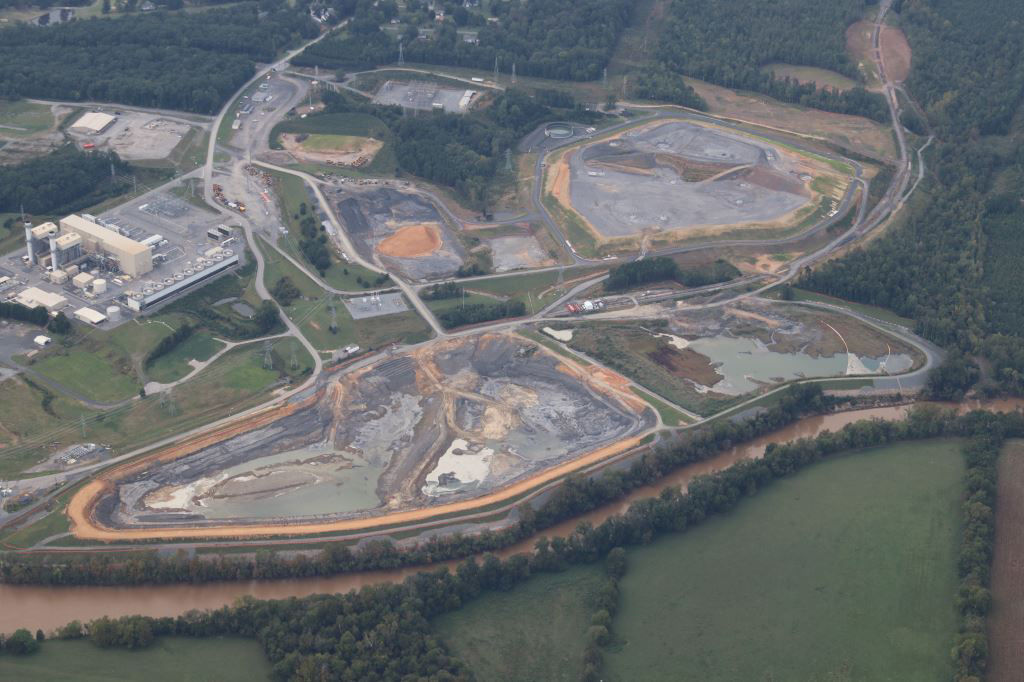 Duke Energy continues work excavating coal ash from basins along the Dan River to move it to a new, lined landfill nearby on the site. The utility has an Aug. 1 deadline to finish the work, which is estimated to cost about $260 million. 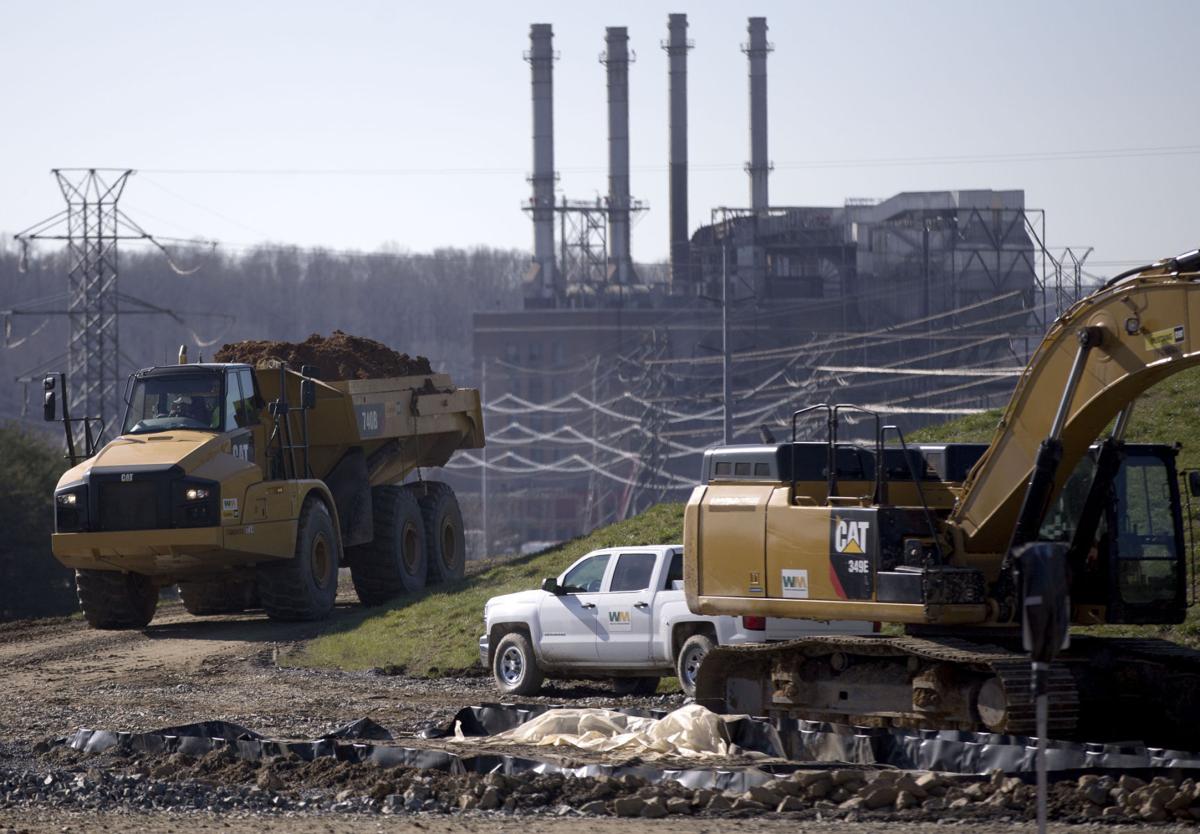 In this January 2016 photo, dry coal ash is excavated at the Dan River Steam Station in Eden. 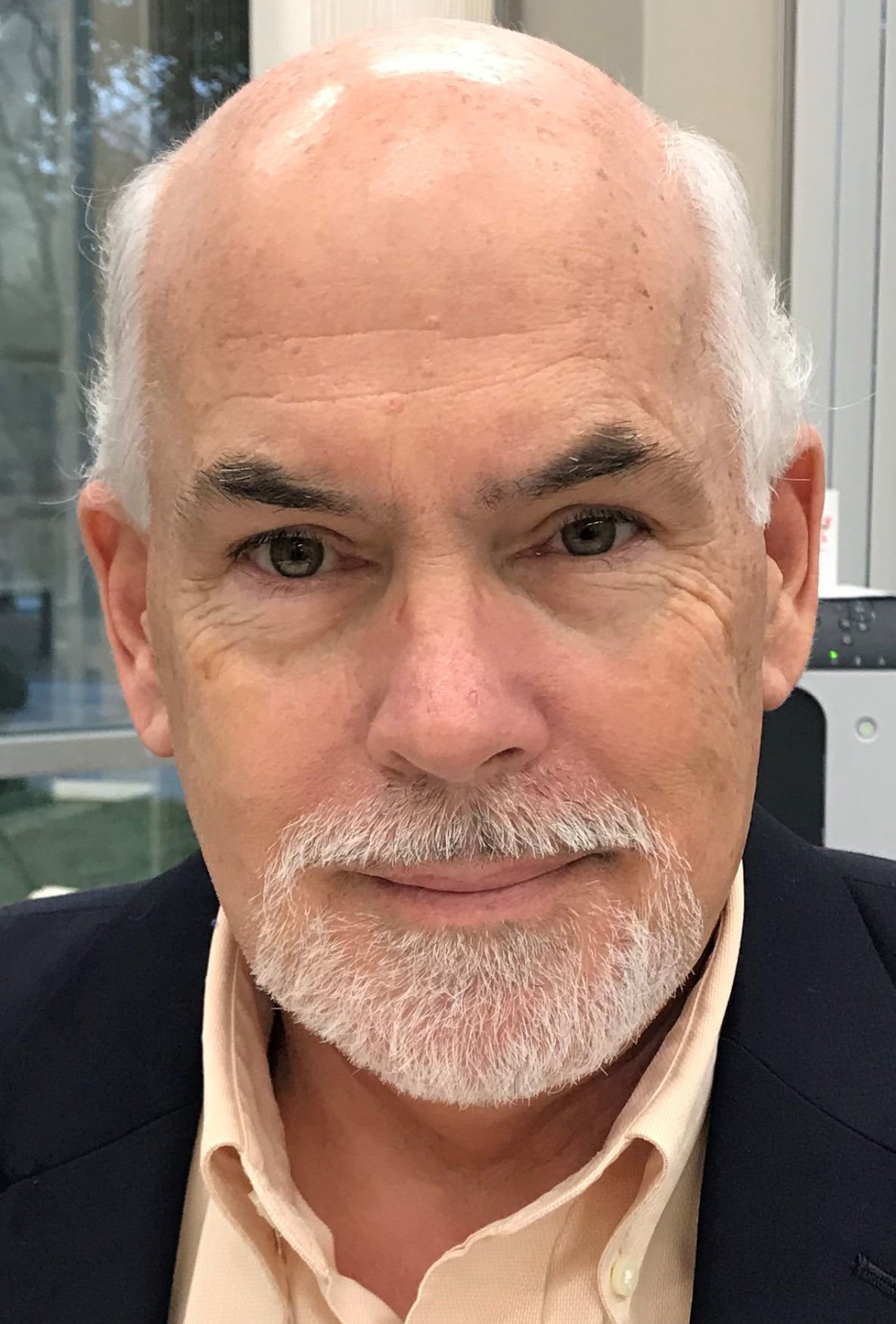