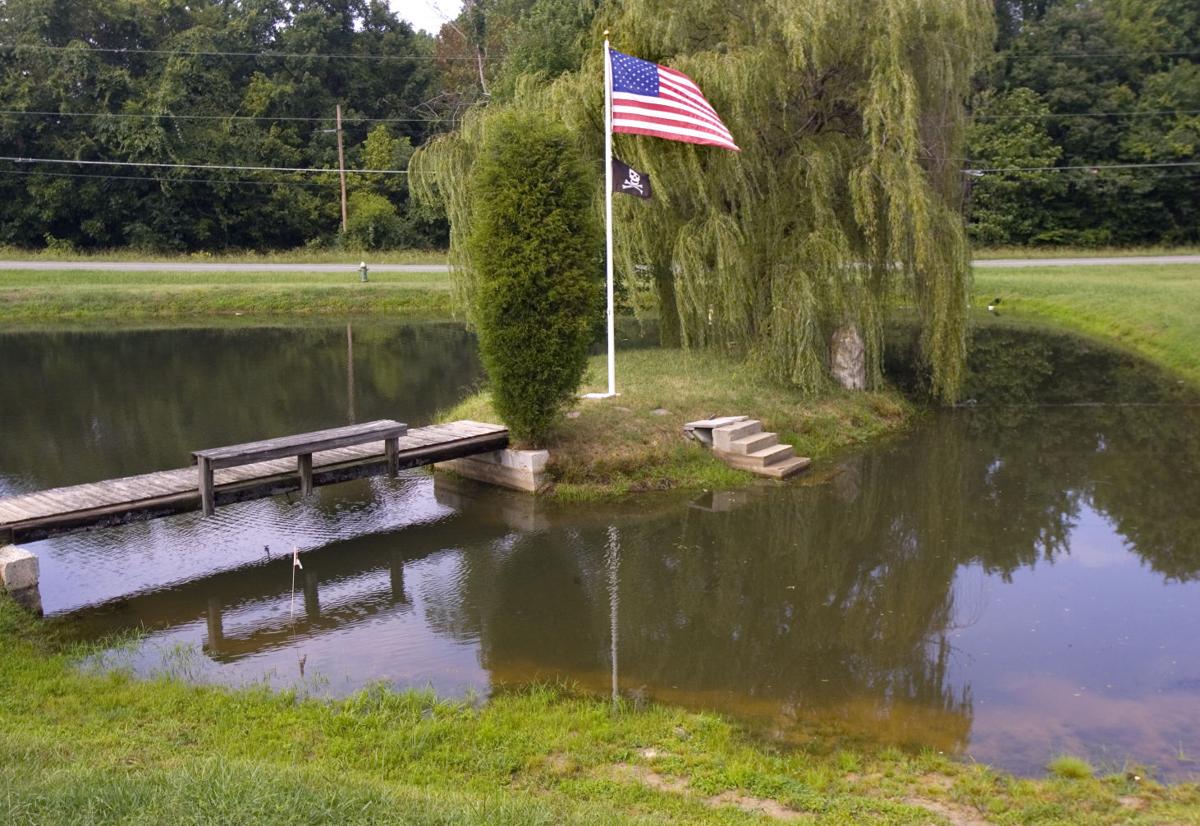 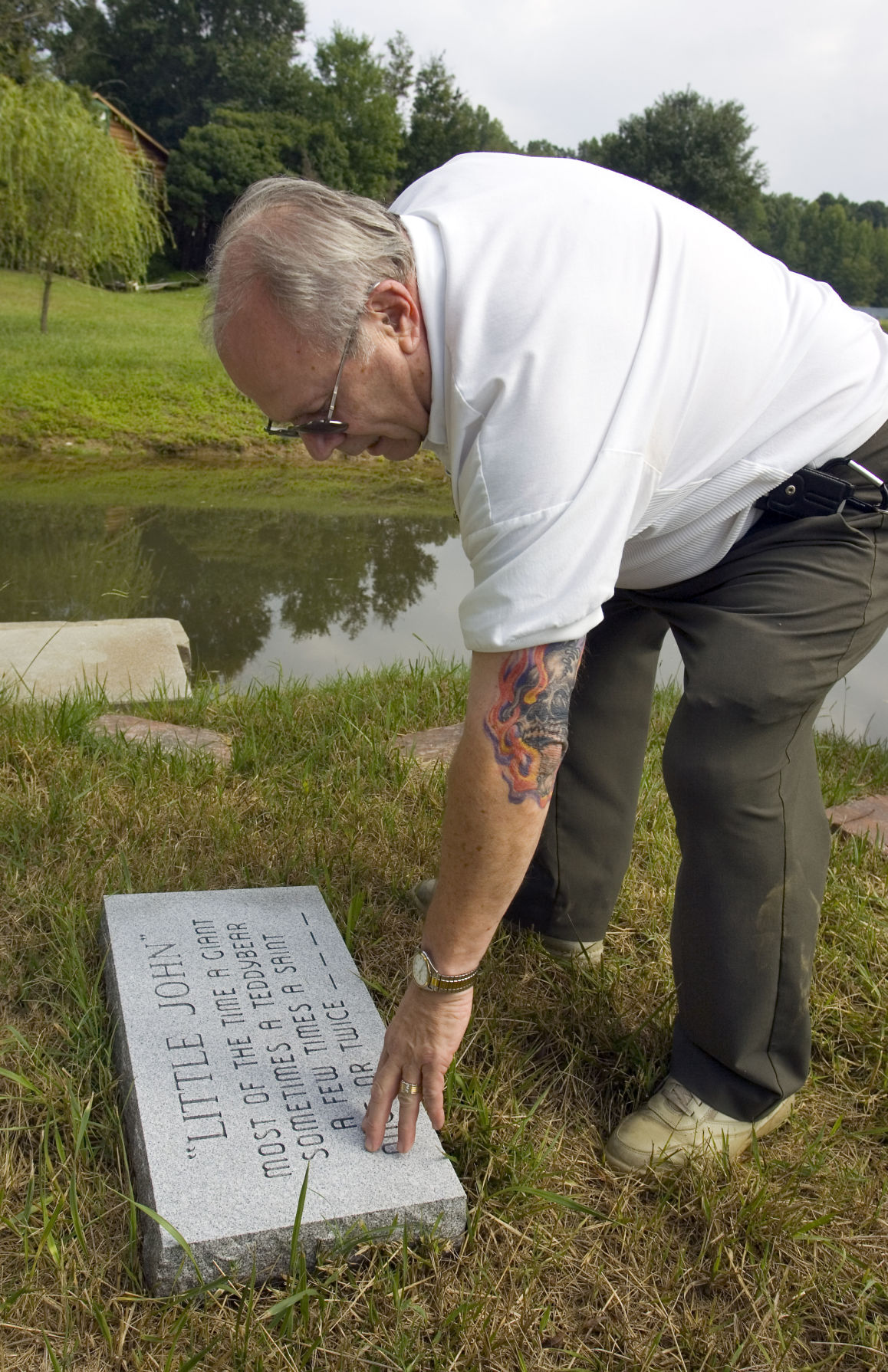 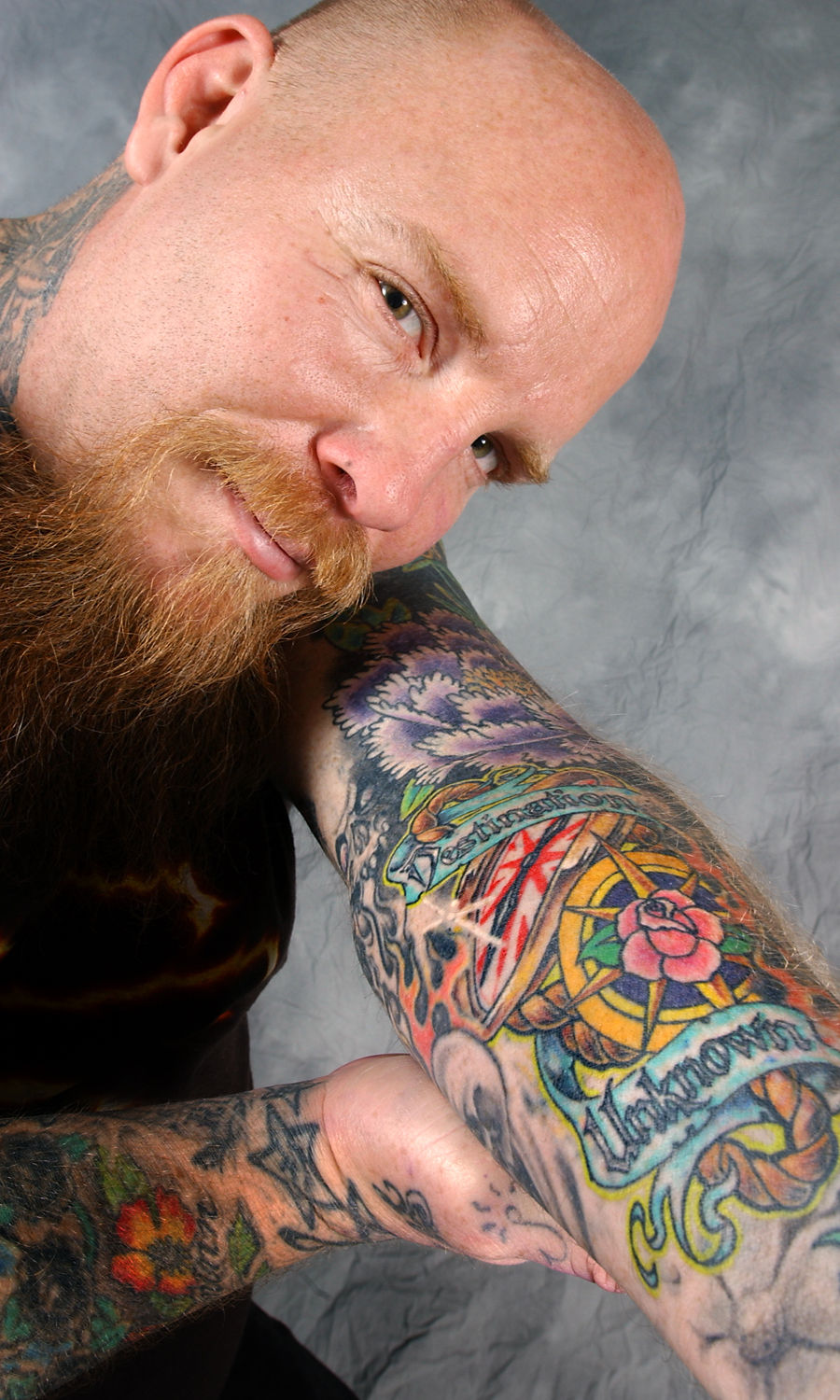 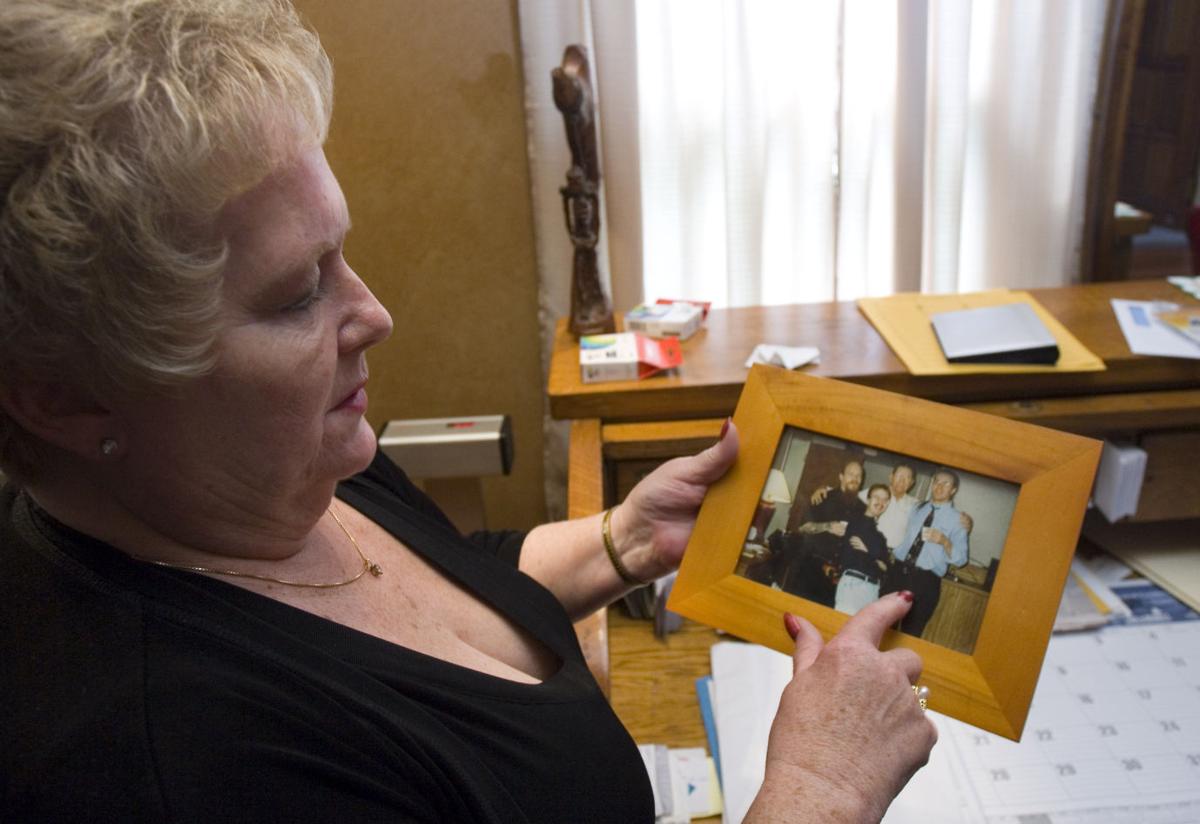 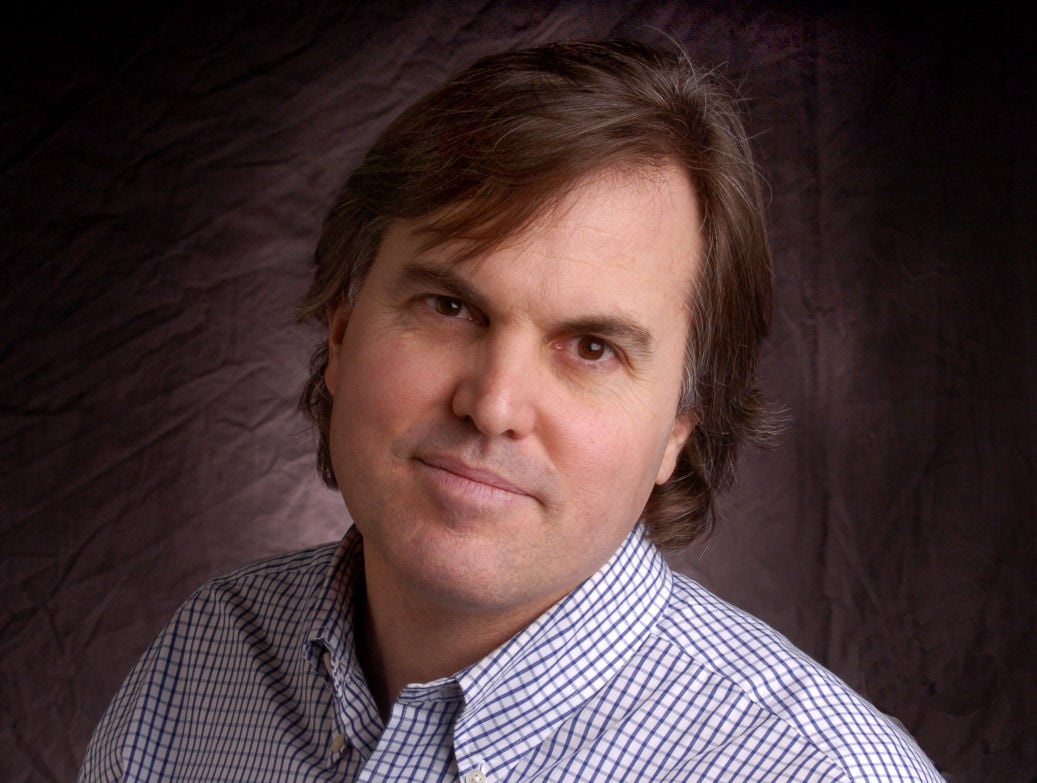 At least 3,000 people will come from all over the world and descend on the downtown Marriott to continue what you started 14 years ago .

The convention floor was your place. Like a tattooed king in his court, you’d walk the floor, flash your green eyes and talk barely above a whisper about the artist from Switzerland, the magazine from Germany and the vendors from everywhere else.

But earlier this year, following an incident that sounds straight from a prime-time TV script, you were shot in your own house. Dead at age 44. A twice-divorced father and grandfather. Greensboro’s tattoo king. Gone.

Look at what you created — Little John’s Tattoo, your own tattoo empire. You opened two shops, gave people jobs, turned skin into beautiful works of art and used your talent as a tattoo artist to travel worldwide.

And we all knew you by your nickname, no last name. Just Little John.

You lived large. You made buckets of money. You thought nothing of jumping on one of your four Harley-Davidsons and heading off for a month to find a sweet straight-away to push your speedometer toward 100 mph.

Yet, you had your sensitive side. You did the classic biker tattoos: Skulls and flames. But you also loved doing flowers that looked as sensuous as the small of a woman’s back.

When you got out, you got clean and moved to North Carolina 15 years ago . You started a business, worked with legislators to revise laws to make tattooing safer and ended up making it more popular and less taboo.

And you stayed clear of a jail cell.

Meanwhile, you helped people kick their addictions to drugs and alcohol as their sponsor. And at your memorial at your own house, your parents — Jim and Carol Bury — heard this more than once:

“I wouldn’t be alive today if it wasn’t for John.’’

Two years ago — for some reason, your parents or your friends don’t really know why — you danced once again with your dark side. Drugs and alcohol, the very things as a sponsor you coached your friends to avoid.

Then came Jan. 30 . You were shot right above your left eye inside your house on your tranquil one-acre retreat off McConnell Road.

Deputies initially called it suicide. Your parents see it as an execution. They believe some dangerous people — that’s all they’ll say on the record — killed you over some beef. And that’s all they know.

But your parents told detectives not to pursue it. That won’t bring you back, they say. Instead, right after your death, your 70-year-old dad told your employees something that still makes them emotional.

“We want you all to stay here and keep the business going and keep it the way it was,” he told your crew. “That’s the way John would’ve wanted it.”

Your parents inherited your business and they wanted it to continue. So, they sold their house in Virginia and moved into your barn of a home. And there, surrounded by everything you ever owned, they remember you.

They keep a portion of your ashes in a small blue bottle, and they’ve put on a tiny island in the middle of your pond a marble plaque .

Most of the time a giant

A few times a saint

Your friends fill in the blanks.

Your dad has been out there, maybe, twice. And every time he goes, he has to exhale often because he gets so choked up. But your mom doesn’t go. It’s too emotional.

Instead, she’ll remember you another way — on her left ankle.

Next weekend at your convention, she’ll get her third tattoo: two roses and a candle with a lit flame. It’ll be in memory of you, and it’ll be on the same ankle as her first tattoo: a butterfly intertwined with flowers.

That’s a tattoo from your first convention. You gave it to her.

Then there’s the 2003 photo she keeps at her desk at your old shop on Aycock. Every day, when she goes in to do your shop’s bookkeeping, she looks at it and thinks.

“I just love that picture,” she’ll tell anyone who asks. “Somehow, it makes me happy. He was in a good space then.”

17-year-old dies after being shot in Greensboro late Saturday

Authorities are investigating his death as a homicide.

Those arrested include four women and 10 men, ranging in age from 21 to 80 years old, according to police.

WATCH NOW: 'You can get it just like that': COVID-19 patients at Cone Hospital talk about the disease

Cone Health released a video Monday that shows the inside of one of its COVID-19 units.

No one was injured when the canopy fell, authorities said.

Dakota Stevens, 27, was found unresponsive but breathing inside a holding cell about 4:15 p.m. on Monday, the Guilford County Sheriff's Office said in a news release. Detention and medical staff started life-saving measures and EMS arrived about 4:25 p.m. to take Stevens to High Point Medical Center. He was later transferred to Atrium Health Wake Forest Baptist in Winston-Salem where he died about 4:10 a.m. Tuesday, the sheriff's office said.

Early Monday, the Union County school board voted 8-1 to immediately stop COVID-19 contact tracing and significantly curtail coronavirus quarantine requirements. Against advice of Union County’s health department as well as state and federal recommendations on reducing COVID-19 risks in classrooms, the school district will not require quarantine for students even if they’ve been in contact ...

One nursing home administrator noted that the outbreaks are much less severe than they were a year ago, before the COVID-19 vaccine was available.

'Like it or not,' Fort Bragg will be renamed. Now it's just a question of what.

The initiative is part of a congressional mandate to rebrand all Army installations named after Confederate leaders.

Monday's COVID-19 update: Over 900 cases and 6 deaths documented in Guilford over the weekend, according to state data

According to Monday's update from state health officials, Guilford County has had a total of 59,248 cases and 784 deaths.