GREENSBORO — COVID-19 outbreaks at three Guilford County residential care facilities have been declared over, according to the latest report from the N.C. Department of Health and Human Services.

Meanwhile, one case was reported at a residential re-entry facility under contract with the Federal Bureau of Prisons.

Outbreaks at Maryfield Nursing home, part of the Pennybyrn complex in High Point, Holden Heights and Richland Care were declared over in Tuesday’s semi-weekly report from the state.

The outbreaks included the following:

In a congregate living setting, a COVID-19 outbreak is defined as two or more laboratory-confirmed cases. An outbreak is considered over if there is no evidence of continued transmission within the previous 28 days.

A positive case of an inmate at Dismas Charities, 307 N. Church St., also was reported on the Federal Bureau of Prisons website. Dismas is a contractor with BOP and provides supervised environments for inmates nearing release, according to the BOP website. A request for comment late Tuesday afternoon from Dismas was not immediately returned. 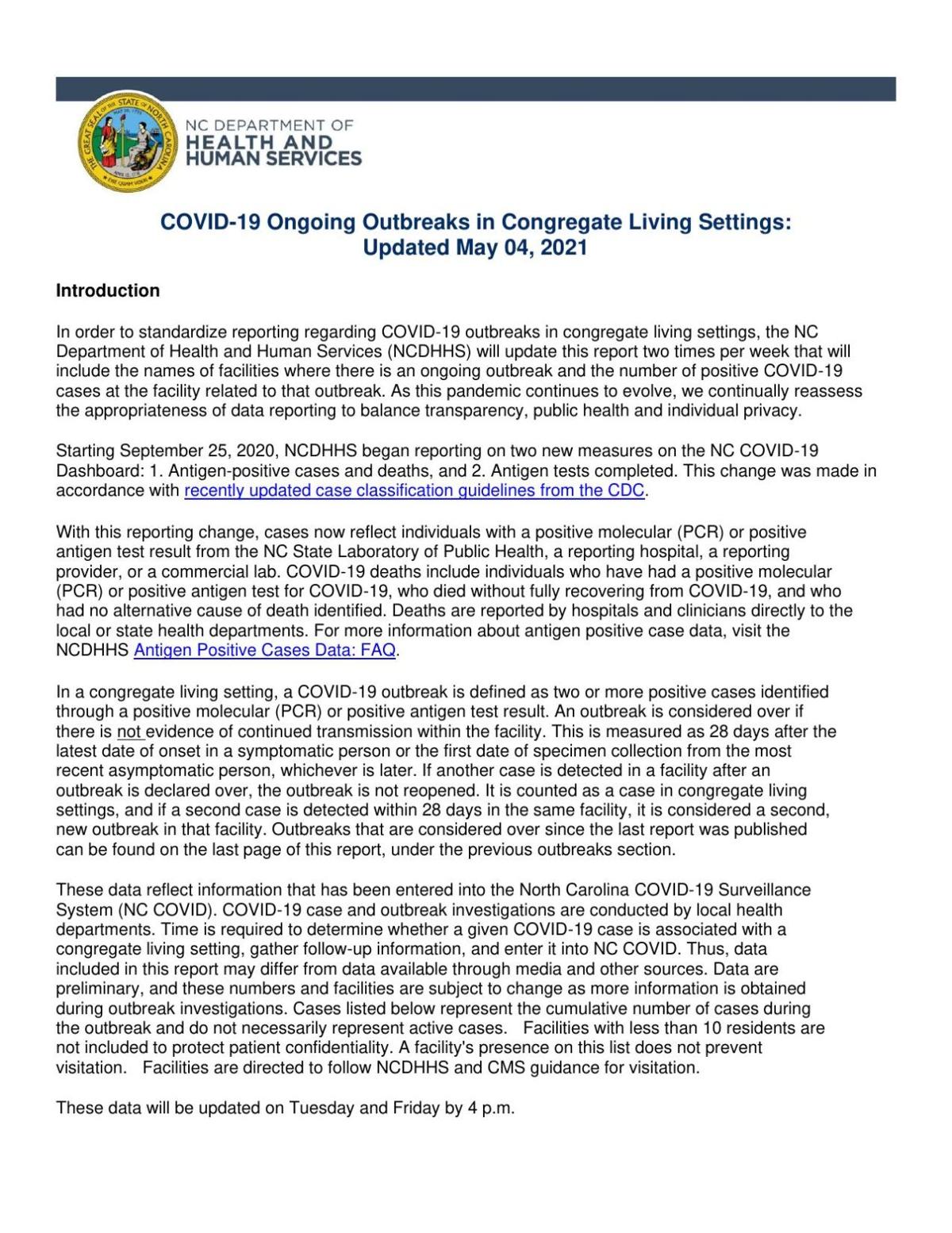 The final tally announced Friday is well above anything the university had imagined. A&T believes it's also a fundraising record for historically Black public universities.