4-year-old dies after shooting himself in the head. He found the gun underneath a couch cushion, High Point police say.
0 Comments
Share this
{{featured_button_text}}

HIGH POINT — A 4-year-old child shot himself in the head Sunday night after finding the gun under a couch cushion, High Point police said in a news release.

Shortly before 10 p.m. Sunday, High Point officers were summoned to the scene at 805 Worth St.

Officers found the boy lying on the living room floor, suffering from what appeared to be a self-inflicted gunshot wound to his head.

Officers began rendering aid to the child and transported him to High Point Regional Hospital, where he later died from his injuries, according to the release.

Detectives interviewed people at the scene and learned that several adults, including the homeowner, 30-year-old Cindy V. Gibson-Harris, were having dinner, playing cards, drinking alcohol and smoking marijuana, police said.

The child was left unattended in the living room where he found the gun and shot himself, according to the release.

Gibson-Harris was charged with felony possession of cocaine and maintaining a dwelling for the use of controlled substances. She was being held at the High Point jail under $25,000 secured bail.

The child's mother, Jasmine E. Fagan, 29, of High Point, was arrested and charged with felony child abuse. She was being held at the jail under $50,000 secured bail.

The incident is still under investigation, police said.

Cameran D. Williams, 24, of Norwood, which is east of Charlotte, was charged with first-degree murder this week in the Dec. 1 killing of Aaliyah Jewles Woods, 23.

2 injured in shooting Friday in Greensboro

Officers responded at 7 p.m. to the 1500 block of Hudgins Drive for a report of a shooting and found two people with injuries not considered life-threatening, police said in a news release.

Pictures shared by the sheriff's office show several vehicles from the past few months with loads of furniture, yard waste and other materials either before or after they've dumped their illegal loads on Water Oak Road between Goodwill Church and Happy Hill roads.

Court filings show the case was dismissed Thursday "without prejudice," which means it can be refiled at a later date.

Keyoka Robinson was hospitalized with a gunshot wound Sunday afternoon after officers responded to a shooting just after 2:30 p.m. at the intersection of Martin Luther King Jr. Drive and Julian Street, police said.

Simbala Gory, 45, lied about previous criminal activity, including a sex offense in 2009 for which he was just convicted last year, the U.S. Attorney’s Office for the Eastern District of North Carolina said in a news release. 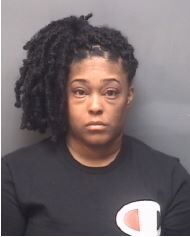 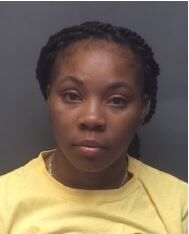