FBI agents arrested a Pilot Mountain man Tuesday for his alleged role in the insurrection Jan. 6 at the U.S. Capitol in Washington, D.C.

Christopher Raphael Spencer was charged with knowingly entering or remaining in a restricted building without lawful authority, violent entry and disorderly conduct on Capitol grounds and obstruction of justice, the FBI said in a statement. Spencer is the first North Carolina resident arrested for allegedly taking part in the attempted coup in Washington, the FBI said.

Spencer was taken into custody without incident in Kernersville and made his initial appearance in U.S. District Court in Greensboro, the FBI said. Spencer was released after he was processed by federal court officials, and he was ordered into home detention, according to federal documents.

Spencer is accused of being among several hundred people who pushed past Capitol police officers and stormed into the Capitol on Jan. 6. Supporters of President Donald Trump disrupted the Congress as House members and Senators were scheduled to confirm the Electoral College's voting results.

The rioters extensively damaged the building, broke windows and ransacked several offices. Five people, including a Capitol police officer, died as a result of the chaos.

On. Jan. 13, the U.S. House voted 232-197 to impeach  Trump for "incitement of insurrection" — the second time House members have impeached Trump.

More than 100 people have been arrested on charges connected to the Capitol riot. Since the attempted coup, the FBI has identified more than 200 suspects.

The Department of Justice provided details about the charges against Spencer, saying the government received three iPhone videos from Spencer's Facebook page.

An informant who knows Spencer told the FBI that Spencer posted videos from inside the U.S. Capitol as rioters stormed the building. The informant also indicated that some of Spencer's family members may have accompanied him into the Capitol, the FBI said.

FBI documents say one video shows Spencer as he walked through Statuary Hall in the building. He is alleged to have said, "Who would've knew the first time I ever come would be to storm." Spencer then moved toward the entry doors to the U.S. House where a crowd had gathered, chanting "Stop the steal. Stop the steal."

At one point, Spencer yells, "kick that mother****** open" as others shouted "push" and attempted to push through the closed door, the FBI said.

Another video showed Spencer with others in a hallway. Law enforcement officers are present as well.

Male voices can be heard yelling at the officers guarding a door nearby, "When's the last time this happened in America?," "You still believe Joe Biden won?," and "Hey, when's the last time you dealt with this in the Capitol? Never!" according to the FBI document.

People can be heard yelling vulgarities at police officers and taunting the officers, the FBI said. Documents also quote Spencer as saying to his own camera, "What's up Alex? We done stormed the Capitol building, bro. They done teared us."

A crowd yelling at officers, who were fighting their way through a doorway,  called police "f****** traitor," "pig" and "fascist," the FBI said.

Spencer is accused of using loud, threatening or abusive language (and) engaging in disorderly conduct in the Capitol with the intent of impeding a session of Congress, the FBI said.

The 2-1 appeals court decision means it would fall to the state Supreme Court to consider any appeal. But it's unclear one will be requested since both sides in the case sought a new trial.

Hector Sanchez, co-owner of Essential Hemp, says he lost $25,000 worth of product seized by police after testing revealed THC levels above the legal limit. He believes the testing did not differentiate between THC that doesn't cause a high and the type found in marijuana that does.

At about 8:52 a.m., officers responded to a report of shots fired in the 3900 block of Hahn's Lane and found a person suffering from a gunshot wound, according to police.

On Tuesday about 10:35 p.m., officers responded to a report of shots fired and found Brendon Redfearn of Greensboro in the 4200 block of Kildare Drive, suffering from a gunshot wound, according to police.

Jury awards $175,000 to a man who was hit with an X-ray machine in a WakeMed hallway

The machine hit the visitor "so hard that it knocked him violently to the floor," according to the lawsuit filed in 2018.

Walkertown woman ran over her boyfriend, police allege. Man is in critical condition.

Investigators said video shows a vehicle strike a man, back up and then drive forward forward again, hitting him a second time before running over him. A Walkertown woman is charged with attempted murder. 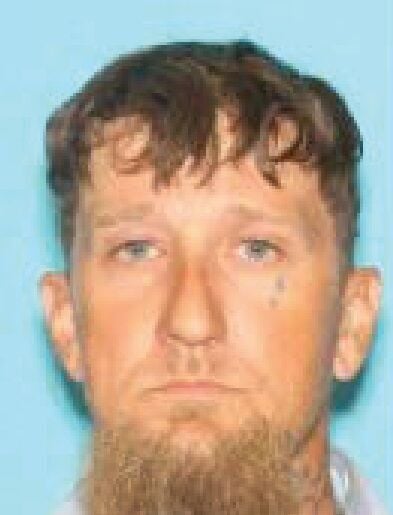 Department of Justice documents include this photo of Christopher Raphael Spencer. The department's "statement of facts" in the Spencer case says the photo is from a suspended drivers license. 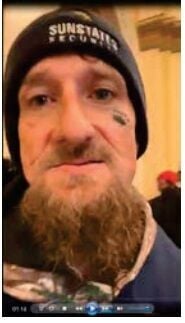 The Department of Justice says this is a photo of Christopher Raphael Spencer, taken from a Facebook video from inside the U.S. Capitol building on Jan. 6.