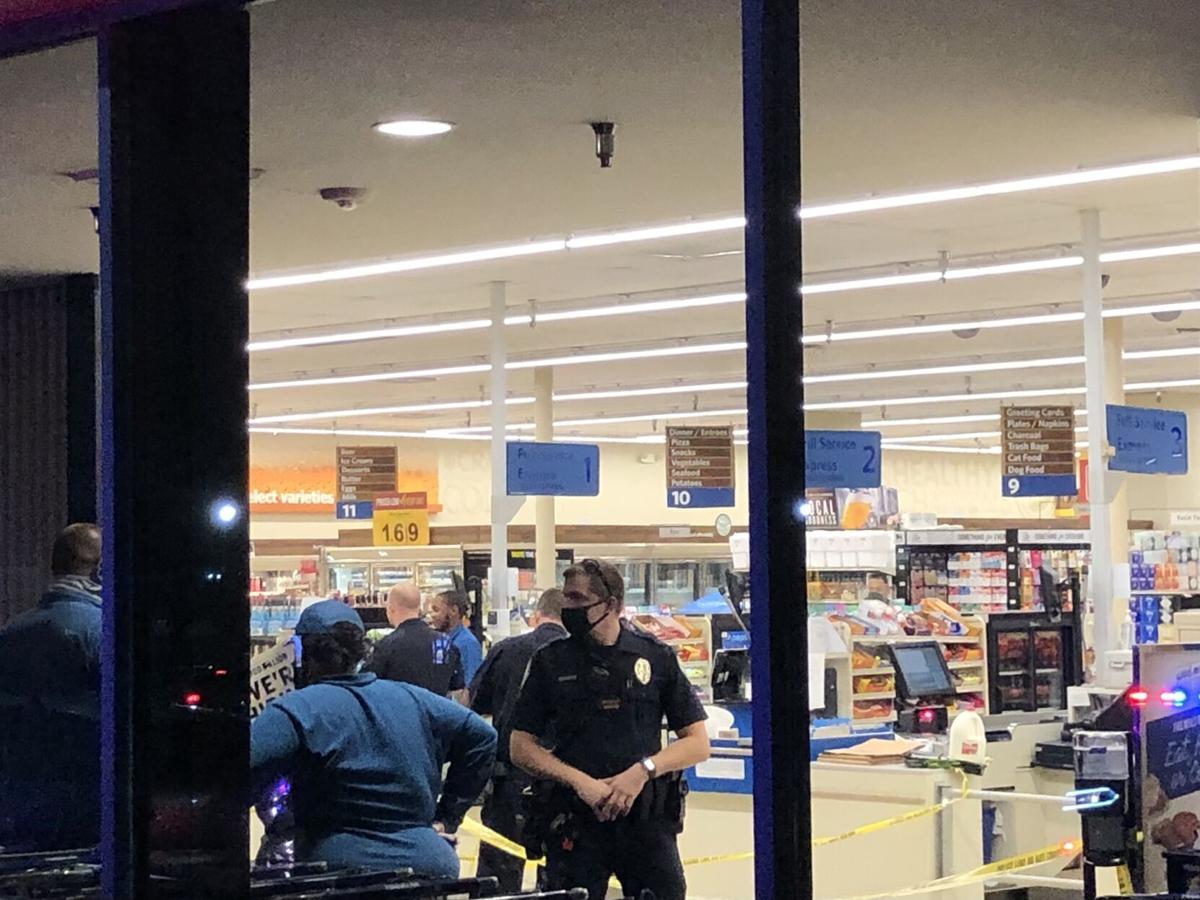 Police investigate a stabbing Monday at the Food Lion store on North Point Boulevard near University Parkway in Winston-Salem. 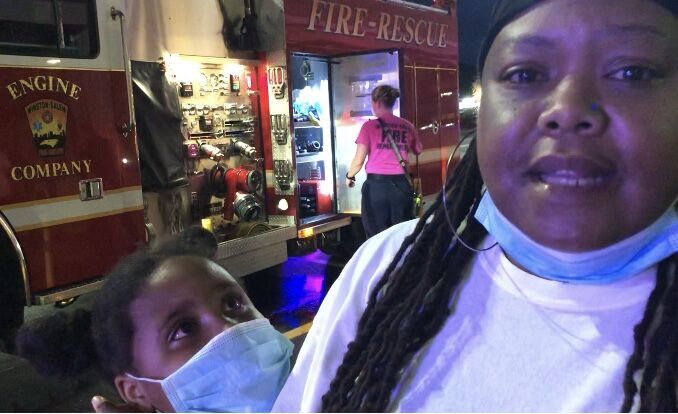 Brooke Darby (right) talks about the stabbing at the Food Lion as her daughter Bria looks on.

A man working at Food Lion at University Plaza shopping center was stabbed inside the supermarket Monday evening in what police described as a fight involving the employee and another man.

Police closed off the store as they began their investigation around 6:51 p.m. An ambulance carried the injured man away from the store for treatment. Police cars and fire trucks with lights flashing lined the drive in front of the store, which is near the intersection of University Parkway and North Point Boulevard.

Brooke Darby said she was shopping in the store when she saw a commotion taking place between the cash registers and the doors at the front of the store. At first she thought maybe someone had tripped and fallen, or knocked something over.

As she approached, she said, she saw two men in a scuffle. The men were trading punches, she said. Then she saw the store employee go down to the floor.

When the employee got up, he walked in her direction toward a side aisle of the store and Darby saw that he was bleeding. She said the employee had blood on his arm and on his legs. The store employee said, "He stabbed me, man," or something similar, according to Darby.

"By the time he walked up to us, blood was going everywhere," she said.

Darby said she couldn't tell how badly the employee was hurt, but did see emergency workers treating him as they prepared to take him off in an ambulance.

Police said Wilkins’ injuries were serious, but that he was in stable condition at a local hospital.

The other man ran out of the store and Darby didn't see what became of him. Police said that after fleeing the store on foot, the suspect got into a four-door Chevrolet Impala that left the area at a high rate of speed.

A large number of police officers remained at the store following the stabbing.

“She has never seen anything like this or has seen two people fighting, so it was very frightening to her, and she was crying and was really ready to go,” Darby said.

Officers responded to a report of "odd odors and suspicious materials" at an apartment in the 1300 block of Adams Farm Parkway, according to police.

Police report a third armed robbery of a Greensboro store by a female suspect. Is it the same woman?

No injuries have been reported in the incidents.

Winston-Salem officer shoots, kills man who lunged at him with machete

Police responded to a call of a disturbance on Bell West Drive.

Police investigate a stabbing Monday at the Food Lion store on North Point Boulevard near University Parkway in Winston-Salem.

Brooke Darby (right) talks about the stabbing at the Food Lion as her daughter Bria looks on.