No injuries from the gunfire were reported.

Officers responded at 12:25 p.m. to a reported shooting at 732 Scholastic Court, police said. As officers arrived, they were told that possible suspects were leaving the area in a black Nissan Altima.

Cara Copeland, 35, told officers at the apartment on Scholastic Court that three men entered her apartment and one man had a gun, police said. Copeland said she went to a back bedroom where her boyfriend, Allen Wilson, 35, was located.

Wilson then shot at the three men in self-defense, police said. The suspects quickly ran out of the apartment.

Two men ran out of the front door, and one jumped from the building’s third-floor balcony, police said. The man who jumped off the balcony suffered minor injuries and received medical treatment at a local hospital.

The suspects drove from the apartment complex, but officers stopped their vehicle in the 1800 block of Bethabara Road and arrested them, police said.

Reginald Sayquon, 31, and Allen David Little, 24, are each charged with felony breaking and entering with intent to terrorize, according to police and arrest warrants.

Little also is charged with felony possession of a stolen firearm, a warrant says.

Leroy Streeter, 50, and Tamir Hassan Best, 19, are charged with felony aiding and abetting, according to arrest warrants.

Little was being held Wednesday night in the Forsyth County Jail with his bond set at $75,000, court records show. Little is scheduled to appear Oct. 28 in court.

Williams, Streeter and Best are scheduled to appear Oct. 28 in court.

Investigators found a handgun at the apartment complex, police said. The gun was reported stolen in Greensboro.

Police are investigating the incident.

Police cars blocked the 1800 block of Bethabara Road. Police and ATF officers searched a black Nissan Altima at that scene. A police forensic vehicle also was on the scene.

Rebecca Nunn, who lives near the apartment where the shooting was reported, called the complex a quiet place to live.

“We have a gated community and a police officer who lives here,” she said. “I’ve been here since May. It is very quiet."

Larry McMillian, another resident, said it’s not only quiet but equipped with cameras that he hopes may help solve any crime.

Winston-Salem police are asking for the public’s help in this case.

A Text-A-Tip program at 336-276-1717 allows people to anonymously text tips, photos and videos to police.

The 2-1 appeals court decision means it would fall to the state Supreme Court to consider any appeal. But it's unclear one will be requested since both sides in the case sought a new trial.

Hector Sanchez, co-owner of Essential Hemp, says he lost $25,000 worth of product seized by police after testing revealed THC levels above the legal limit. He believes the testing did not differentiate between THC that doesn't cause a high and the type found in marijuana that does.

Krystal Grant, 24, of Charlotte is charged with DWI in the wreck about 12:30 a.m. Friday in the 800 block of Josephine Boyd Street, police said in a news release.

At about 8:52 a.m., officers responded to a report of shots fired in the 3900 block of Hahn's Lane and found a person suffering from a gunshot wound, according to police.

About 8:30 a.m., a Randleman police officer found the unattended 1994 Chevrolet 3500 dump truck in the area of North Main Street and New Salem Road.

On Tuesday about 10:35 p.m., officers responded to a report of shots fired and found Brendon Redfearn of Greensboro in the 4200 block of Kildare Drive, suffering from a gunshot wound, according to police.

Officers responded at 9:25 a.m. to the 3700 block of West Avenue for a report of someone injured by gunfire and found 20-year-old Malik Ahmad Peterson of Guilford County, police said in a news release. Peterson was taken to a local hospital where he later died.

Jury awards $175,000 to a man who was hit with an X-ray machine in a WakeMed hallway

The machine hit the visitor "so hard that it knocked him violently to the floor," according to the lawsuit filed in 2018.

Two people told 911 operators around 5:40 p.m. that they saw a man who resembled 53-year-old Richard Alexander Mundy walking southbound on Randleman Road near Hockett Dairy, the Randolph County Sheriff's Office said in a news release. Deputies responded and confirmed the man was Mundy. He was arrested and will be transferred to the custody of the N.C. Department of Public Safety, officials said. 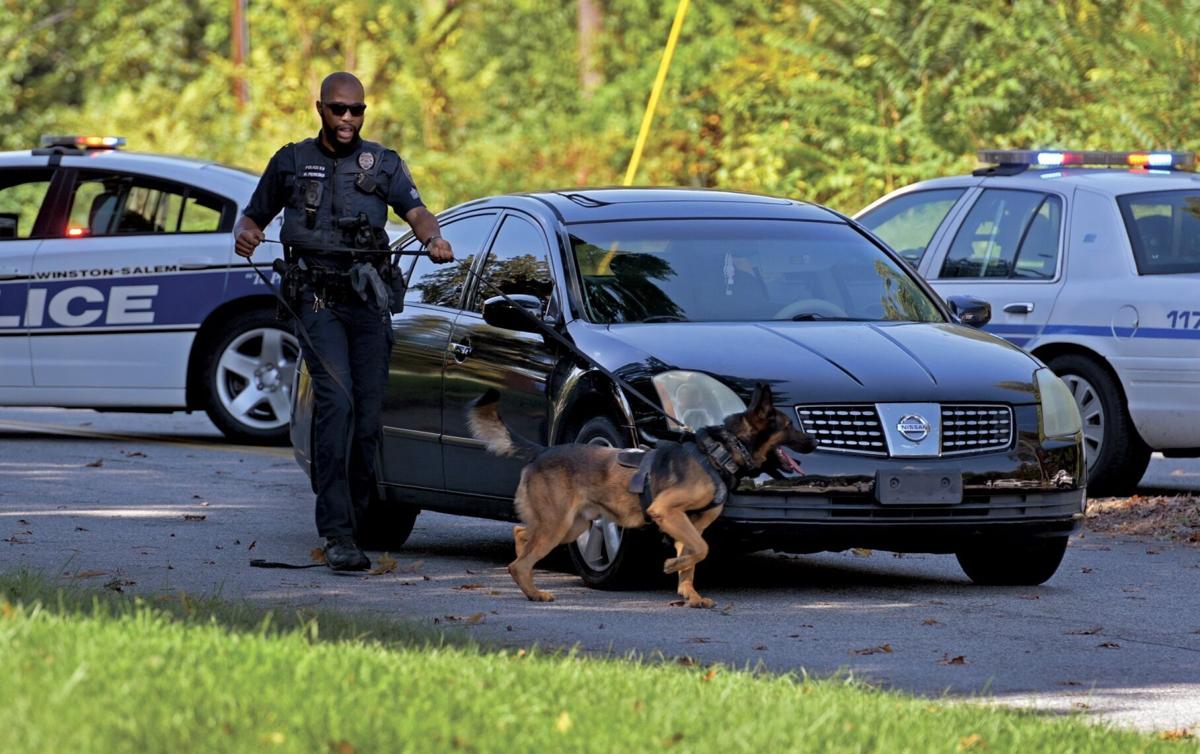 A Winston-Salem police officer uses a canine to sweep around a Nissan car Wednesday near the intersection of Bethabara Road with University Parkway after a shooting at nearby Deacon Ridge apartments. Four Greensboro men were arrested in the wake of the gunfire. 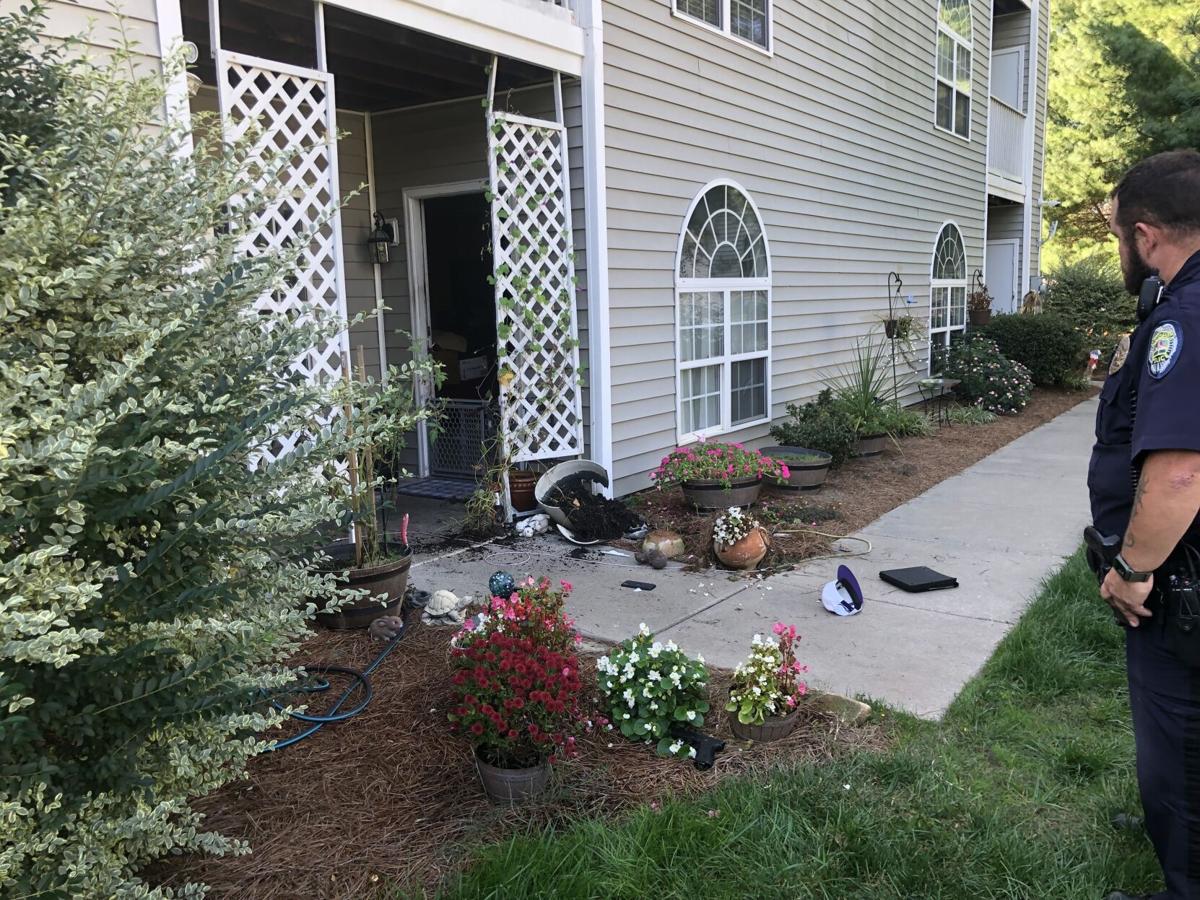 A gun lies in a flower bed outside Deacon Ridge apartments Wednesday afternoon after a reported shooting at the complex. A cellphone also lay on the ground and flowerpots were shattered in the area. Rails were also broken on a balcony above the scene.