'This has really destroyed us': Victims' parents speak about losing their children in 2016 Greensboro shooting; man sentenced in killings
0 Comments
Share this
{{featured_button_text}}
Dawn Kane

GREENSBORO — More than five years have passed since Mary Dieudonne-Hill and Alicia Campbell lost their children to gun violence.

The two N.C. A&T students were in a back room of a Campus Evolution Villages apartment during a party when someone outside started shooting during an argument and bullets went through the wall, killing them.

Mary Dieudonne-Hill and Alicia Campbell described the anxiety and depression they have experienced since.

“We have become a world of numbness to gun violence and how it affects the family,” Dieudonne-Hill said in a phone interview from her sister’s home in Clemmons.

“...The five years have been like hell on earth,” she said.

Added Campbell: “Our family has always been close-knit. This has really destroyed us.”

Earlier Tuesday, the two women had spoken at a plea hearing for Lawrence Jacques Baird, the man accused of killing their children. Baird initially faced two counts of first-degree murder, and one count each of discharging a firearm into an occupied property and possession of a firearm by a felon.

On Tuesday, Baird, 33, pleaded guilty in Guilford County Superior Court to a lesser charge of being an accessory after the fact to first-degree murder.

Baird also received another year and two months on the weapon charge, to be served at the end of the first sentence.

Baird must serve at least eight years, one month, and as much as 11 years, six months in total, said Steve Cole, the county’s chief assistant district attorney who prosecuted the case.

He gets credit for time spent in custody pending trial. Baird was arrested and has remained in jail since Aug. 30, 2018, Cole said.

Cole said the plea offer was extended because he believed there was sufficient evidence to support a conviction that Baird knowingly possessed the weapon used in the shooting, but not enough to prove him guilty beyond a reasonable doubt of actually firing the weapon.

“It was critical that he be held to account in some measure,” Cole said via email. “Despite the best efforts of the Greensboro Police Department to find a credible eyewitness to the shooting, we are bound by the evidence.”

“The prison sentence received by the defendant does not begin to do justice to the terrible events that occurred back in October of 2016,” Cole said.

According to newspaper accounts at the time, party host Nicholas Jeffers said that he had invited a few friends over for a gathering. But hundreds showed up after someone posted about the party on social media.

Jeffers tried to get the uninvited guests to leave but a fight erupted. And then shots were fired outside, with bullets going through the apartment wall to strike Dieudonne and Campbell.

Police said interviews and evidence led them to suspect Baird, who was arrested in 2018.

On Tuesday, mothers Mary Dieudonne-Hill, from Chicago, and Alicia Campbell, from Kittrell in Vance County, came to tell the court about their children.

Dieudonne was attending A&T for graphic design, Dieudonne-Hill said in a phone interview after the hearing. Her daughter would be 24 years old.

“She could have been doing something phenomenal in Silicon Valley because she had a connection there,” Dieudonne-Hill said about her daughter. “She was a dancer, a singer, an actress. She had so many talents. To think of where she could be today...”

“If there is ever such a thing as a perfect child on earth, that was my Ahmad,” Alicia Campbell said.

Despite a speech impediment in his elementary school years, Ahmad Campbell was an honor roll student in high school and was accepted to A&T.

“He just never quit,” she said. “He just kept going. He was determined he was going to be somebody.”

And he was generous. When he discovered in high school that a fellow track runner couldn’t afford track shoes, Ahmad Campbell would privately let the other runner use his.

Today, Ahmad would be an uncle. His oldest brother has a 1-year-old son.

“He reminds me so much of Ahmad. It’s amazing,” Alicia Campbell said of her grandson. “That has brought us some peace. I feel Ahmad would be the best uncle ever. … I just hate that he doesn’t get that chance.”

Watch Now: Travel issues continue with no end in sight

Supporters of man accused in killings ignore judge's warning to remain quiet, call out "We love you Jacques."

'Thankful for this day': Arrest made in 2016 off-campus shooting that killed two A&T students

The two students were shot and killed at 2:11 a.m. in an apartment at 911 Circle Drive in Greensboro.

'Our kids are in heaven': Family, friends remember A&T students

About 100 people attended a vigil near the apartment where Alisia Dieudonne and Ahmad Campbell were killed by two random bullets last October. 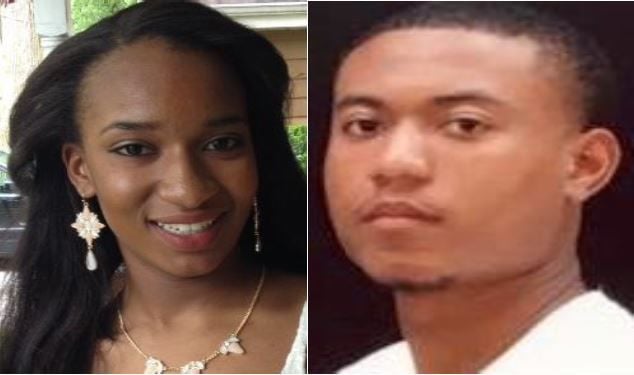 Alisia Dieudonne and Ahmad Campbell were killed in 2016.