Mention “landscape architecture” in conversation, and the thoughts of many will turn to bright green lawns edged by manicured, blooming bushes and trees. But landscape architecture is more than “landscaping,” the maintenance of a space. It’s about its design and function, a mix of natural and built features that achieve a certain purpose.

For landscape designer, writer, artist, professor and community planner Walter Hood, that purpose lies in using research — and an understanding of an area — to connect its modern needs with its history and culture.

He likens this philosophy to a ‘palimpsest,’ a term that refers to a manuscript that has been erased and written over, but with the original writing still visible. In Hood’s practice, it means unearthing a place’s past like an archaeologist, turning up events, names and physical remains of bygone eras to inform his designs.

“Architecture contains the detritus of civilization,” Hood said. “A lot of places inhabited by people of color have literally been wiped away. We can resurrect those places and those contributions, pair them with a contemporary need, and as designers, we can begin to weave them together so that people today can see how we all contribute to the world.”

Hood has spent a lifetime integrating people with public spaces, particularly urban ones, and particularly for populations in need of a voice. In doing so, he may have become one of N.C. A&T’s most esteemed alumni.

In 2019, he became one of 26 honorees awarded a fellowship by the MacArthur Foundation, nicknamed the “Genius Grant,” for “creating ecologically sustainable urban spaces that resonate with and enrich the lives of current residents while also honoring communal histories,” according to the award’s committee.

The same year, he was honored as a Knight Public Spaces Fellow by the John S. and James L. Knight Foundation, as well as the recipient of the Dorothy and Lillian Gish Prize, named for the American actor-directors, for “making beauty in the world.”

This year, he has been named a member of the American Academy of Arts and Letters, a Senior Loeb Scholar at Harvard University and a United States Artists Fellow.

“Enough awards!” Hood said, laughing. “I need to get back to work.”

Hood, who founded Hood Design Studio Inc. in Oakland, California, in 1992, earned his undergraduate degree and got his start in the inaugural class of N.C. A&T’s landscape architecture program. But according to Hood, the university gave him a great deal more than his first degree and a set of skills.

“A&T was highly touted as a place where a person of color could go and feel at home, and it gave me courage that I didn’t know I was getting,” the 1981 graduate said. “A neighbor of mine growing up had played football at A&T, and that was a big reason for my going there — he was larger than life, and I was almost following in his footsteps. When you’re young, it’s very persuasive to see someone who came from your same context doing these things, and you want to do the same.

“It was amazing to be around so many kinds of people, a whole kaleidoscope of Blackness. At the time I didn’t know it, but it was shaping my worldview.”

In his freshman year in 1977, the landscape architecture program didn’t exist. Hood was drawn to art, but as a first-generation college student, “art was not a realistic major,” he said. So, he became an architectural engineering major.

“During that time, Dr. Charles Fountain was putting the landscape architecture program together and gave a series of talks about the curriculum, and I was drawn right away to the artistry of it. Architectural engineering was more about math and drafting, but landscape architecture had this other creativity that was much more intriguing to me.”

Fountain became Hood’s mentor, helping him with classes and giving him a summer job working on a landscape preserve that he was creating with an architect from Korea.

“He saw something in me that I didn’t know I had,” Hood said. “That summer, I planted a one-mile-long hedge of abelia grandiflora all by myself, and I took an art history course. Those two events changed me because one taught me rigor while the other showed me that I needed more liberal arts in my life, which informs my practice now. So that was the beginning.

“The year before my senior year, Dr. Fountain persuaded me to take a semester off and take a co-op job with the National Parks Service in Asheville. That also changed me, because even though I was probably the only person of color in the building in 1980, being able to hone my skills gave me a proficiency that I probably wouldn’t have reached otherwise. Knowing that I had the skills gave me courage.”

Hood’s time on campus was marked by both fun and rigor.

“Campus social life was amazing. The music, sports and culture circulating at an HBCU were really heady. My freshman year, I almost lost my scholarship, but people stepped in and saved it.

“By my junior year, I was working almost full time and the program itself was very rigorous,” he said. “There were about 12 of us, and since we were the first class, we were the experimental guinea pigs for sure. We had a good time — we were a rowdy bunch. But we were also very aware that a standard was being set, so we worked all the time.”

After graduation, however, Hood realized that his vision for landscape architecture required more.

“A&T gave me great skills, but as I worked my way up to the Northern cities, I saw I couldn’t get by on skills alone. I needed a liberal arts education. I had a friend who had gone to the University of California at Berkeley, and that’s where I decided to go to graduate school.”

Hood received master’s degrees in both architecture and landscape architecture from the University of California, Berkeley, in 1989, where he has also been a faculty member for the past 28 years. In 2013, he received a Master of Fine Arts degree with distinction from the School of the Art Institute of Chicago, focusing on sculpture and urbanism.

“When I started going up North, I started to see the environments that people like myself were living in, and the kinds of responses that we were given when we tried to make changes. Even when I came to grad school, I saw that no one was really thinking about the hard issues.

“For a while, I was perplexed by how I wanted to practice. During the ‘90s, when I started teaching, I used my research to ask questions about design and to document the world around me through writing. I turned them into fictitious landscapes that allowed me to break out of the normative thought processes. That writing became my first book, Urban Diaries.

“In that book, I was talking about issues like prostitution and homelessness. Now, 20 years later, it’s as though people have woken up and become interested in these topics, too.”

Hood’s projects range in scale, from a landscape and memorial for the International African American Museum in Charleston, S.C., to the redesign of an under-used turn lane and strategic use of topography to create Splash Pad Park in Oakland. Recently, he submitted designs for a park in Winston-Salem dedicated to Peter Oliver, a freedman who worked as the potter in Old Salem and lived with his family on land across Liberty Street from the historic village. Long used for industrial buildings, the land has recently been rezoned as park space. Evidence of the Oliver family’s presence was found in the village’s records dating to the 1700s; actual archeological evidence at the site has mostly been erased by years of development.

“A lot of our past has been literally scraped clean. One thing I can do is unearth these identities, these spaces, so that people can see how we all contribute together,” said Hood, who addressed the issue of resurrecting “lost” people and their contributions in his 2020 book Black Landscapes Matter.

A piece of history that Hood misses on A&T’s campus is Scott Residence Hall. Once A&T’s largest dorm, it was the scene of a clash between A&T students and the National Guard in May, 1969 that resulted in the death of one student. Other students were saved by a wall of Scott Hall which was scarred by 50 bullets when the National Guard fired at the dorm. A memorial stands on campus.

“Campus today has lots of new, shiny stuff — those buildings could be anywhere,” said Hood, who has returned to campus and worked with the landscape architecture program several times through the years. “The connection of people to place is what’s lost. If we lose the place, we lose the memory, and we don’t even know it but we’re erasing ourselves.”

Building that sense of place and identity comes first, Hood said; from there, the work of reconciliation.

“The biggest thing is to build a foundation of reconciliation. Each generation will still be living a fiction if we don’t reconcile the past,” he said. “Landscape architecture can help with that. I may not live to see it, but it can.”

The 2022-23 Elon University Speaker Series includes events centered around the theme of “Living Well in a Changing World” and will offer audiences "the opportunity to hear from thought leaders and changemakers," the university said in a news release.

RALEIGH — One in six North Carolina principals could see pay cuts of $8,000 to $18,000 this year unless state lawmakers act, an advocacy group…

Blast off! NC student’s gene experiment to be tested at the International Space Station

Last month, Pristine Onuoha won the eighth Genes in Space contest after entering her idea to explore how astronauts’ chromosomes change in space. As part of her win, she will travel next year to NASA’s Kennedy Space Center in Houston to watch astronauts travel to the International Space Station to test her experiment.

School construction projects could cost more than 50% above what was planned, Guilford County Schools officials say

The $300 million that voters approved in 2020 was expected to be enough to cover eight major school construction projects, plus land acquisition and design work for two more schools. Instead, school leaders are estimating needing another $170 million to complete the projects as planned, for a total of $470 million, or a cost increase of nearly 57%. And that estimate is still far from a finalized figure.

The board also approved a final budget, which includes $19.2 million more this year from the Guilford County Board of Commissioners for the district in annual operations funding.

The 'impeachment 10' Republicans who lost their primaries

The 'impeachment 10' Republicans who lost their primaries 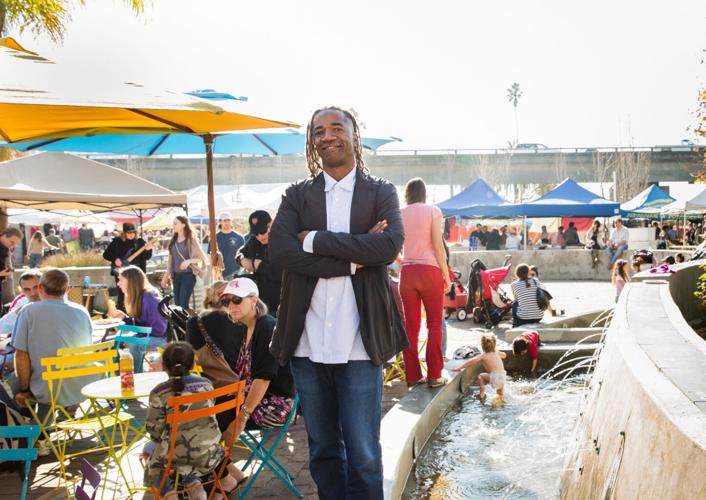 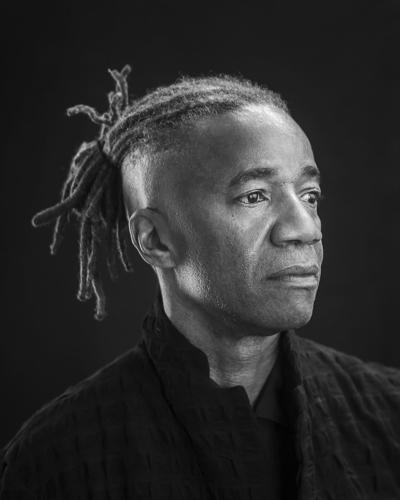