Republican Demetria Carter and Democrat Alan Sherouse are both running for the at-large seat on the Guilford County Board of Education. The winner will take the seat now filled by Democrat Winston-McGregor, who decided not to run again.

Sherouse is in his 10th year as pastor of First Baptist Church in Greensboro. Carter worked as an attorney, manager and in other capacities for the federal government for about 40 years, before retiring in 2019.

Carter said one thing that led her to run for the school board was reading about parents standing up and confronting their local school boards across the country. Another factor, she said, was reading N.C. Lt. Gov. Mark Robinson’s “F.A.C.T.S. Report” in which he collected what the Greensboro Republican said were examples of indoctrination of children in public schools across the state.

“That alarmed me a lot, actually,” she said.

Those experiences eventually led her to agree to run for the at-large seat, after being asked multiple times by members of Take Back Our Schools who participated with her in the Greater Greensboro Republican Women’s Club. (This paragraph has been updated to correct the name of the club 11/09/22, 2:34 p.m.)

Sherouse said he was inspired to run out of a desire to be of service to the community and the students, but that he was also motivated by seeing, “all of our schools threatened,” by a larger “regressive” movement targeting schools that he sees as represented locally by Take Back Our Schools-GCS.

He said that before running for the board, he was part of counter-protests along with some other clergy.

“I feel that’s turning our schools into a cultural battleground,” he said. “I want to commit to the values of equity and inclusion and not see those reduced or characterized as simple political correctness.”

Carter said that the top three goals she’d like to see for the district in the next five years include instilling academic excellence in the schools, becoming more accountable and transparent to parents and the community, and getting politics out of schools.

To her, that means things like making sure there are no Pride or Black Lives Matter flags or emblems displayed in classrooms, and that teachers do not reveal their sexual orientation to their students or talk about political issues unless it’s a civics class.

Sherouse’s preferred goals include continuing to decrease the graduation gap between white students and students of color while continuing to move toward greater equity in the system. He also looks to see the district efficiently execute the priorities of its facilities master plan and to “trust, empower and fairly compensate” the district’s teachers, educators and staff. 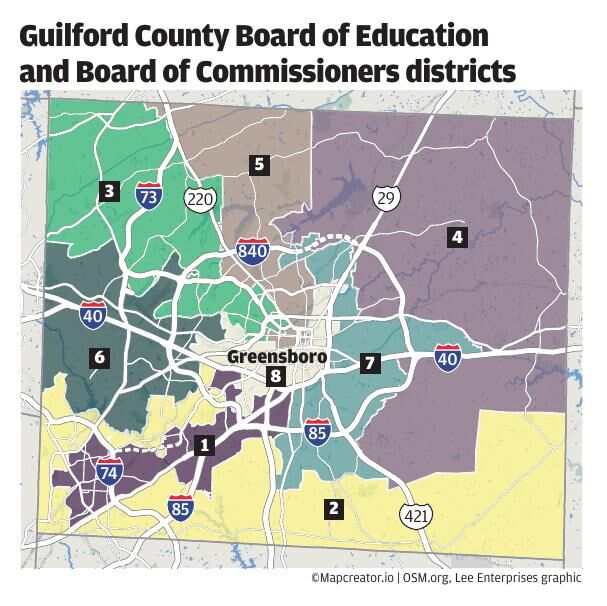 As US Supreme Court mulls elections case, Greensboro and a nation waits

Mary Ellen Shiflett, president of the League of Women Voters of the Piedmont Triad, said this morning she is "heartbroken and horrified" that North Carolina's state legislature is arguing before the Supreme Court that it should not face review from state courts on congressional redistricting and holding federal elections.

The board voted with no opposition for a motion that in part envisions piloting or testing a new license and performance program before it could potentially be carried out statewide, media outlets reported.

To teach every second grader to swim, more people like these Guilford County honorees are needed in the pool

Darlene Garrett, who served on the Guilford County Board of Education for 20 years, and Jeshika Lamsal, a philosophy major and president of GTCC's Student Government Association, recently joined the board.

Take Back Our Schools-GCS disbands as leaders move on

A conservative-leaning group that fought Guilford County Schools district leaders over mask mandates, discipline policies and a host of other issues, and backed candidates in recent school board elections announced on Monday it will disband.

Parents had objected to explicit sex scenes in "Salvage the Bones," which is being used in an AP literature class. It tells the story of a rural Black family experiencing the destruction of Hurricane Katrina.

Michael Logan, a longtime educator, is a frequent attendee and public comments participant at Guilford County Board of Education meetings.

NC has tried for a decade to improve reading skills. When will it see major progress?

Data presented Tuesday to a legislative committee shows only 47% of third grade students were proficient in reading last school year.

Research teams will produce nanomaterials that can be integrated into yarn and woven fabric clothing for soldiers and used as additives for helmets and other protective devices. 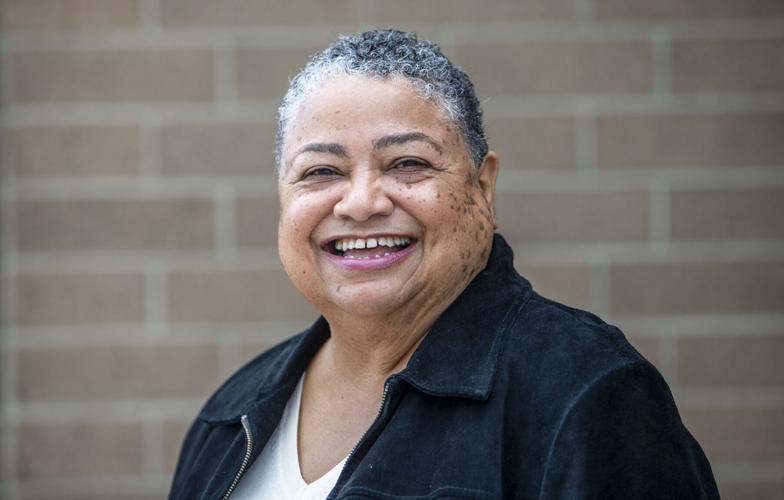 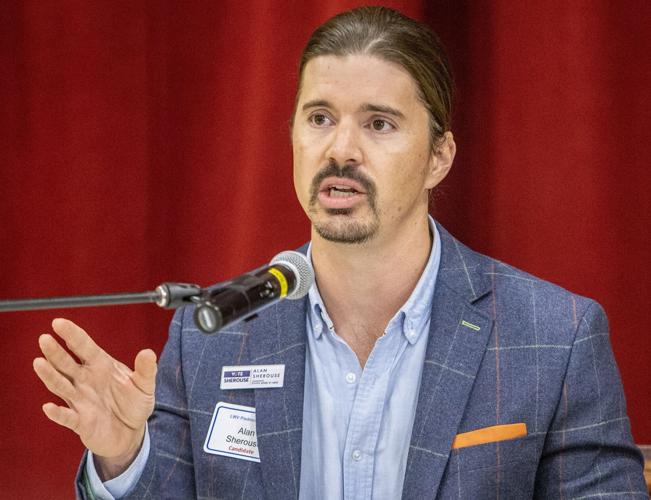