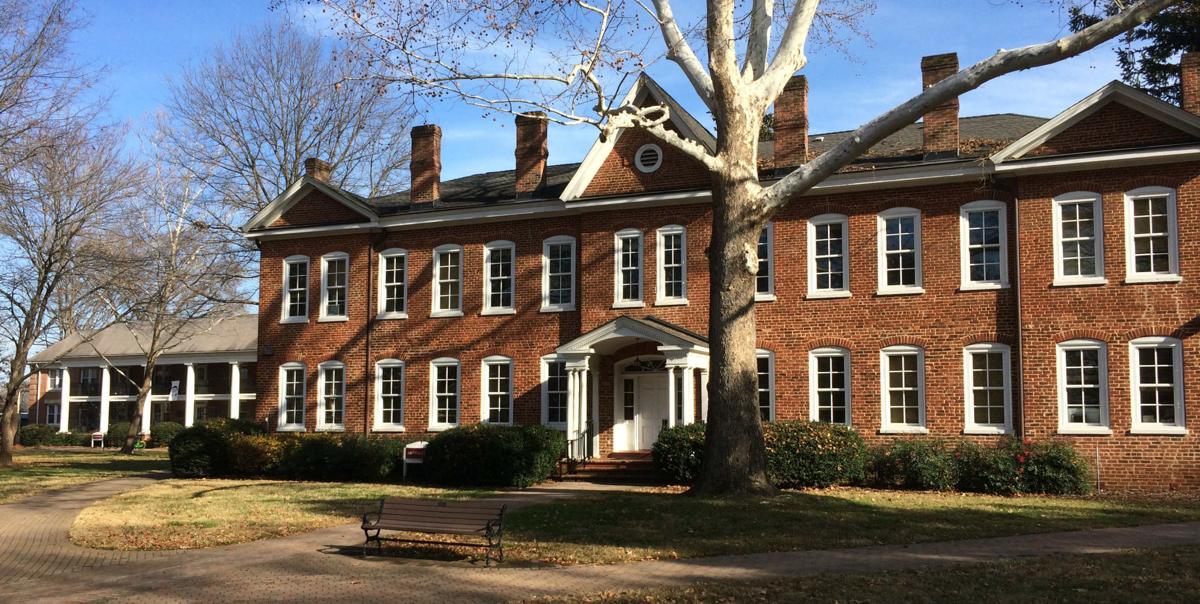 Built in 1885, Archdale Hall (foreground) is the oldest building on the Guilford College campus. Hege-Cox Hall is in the background. 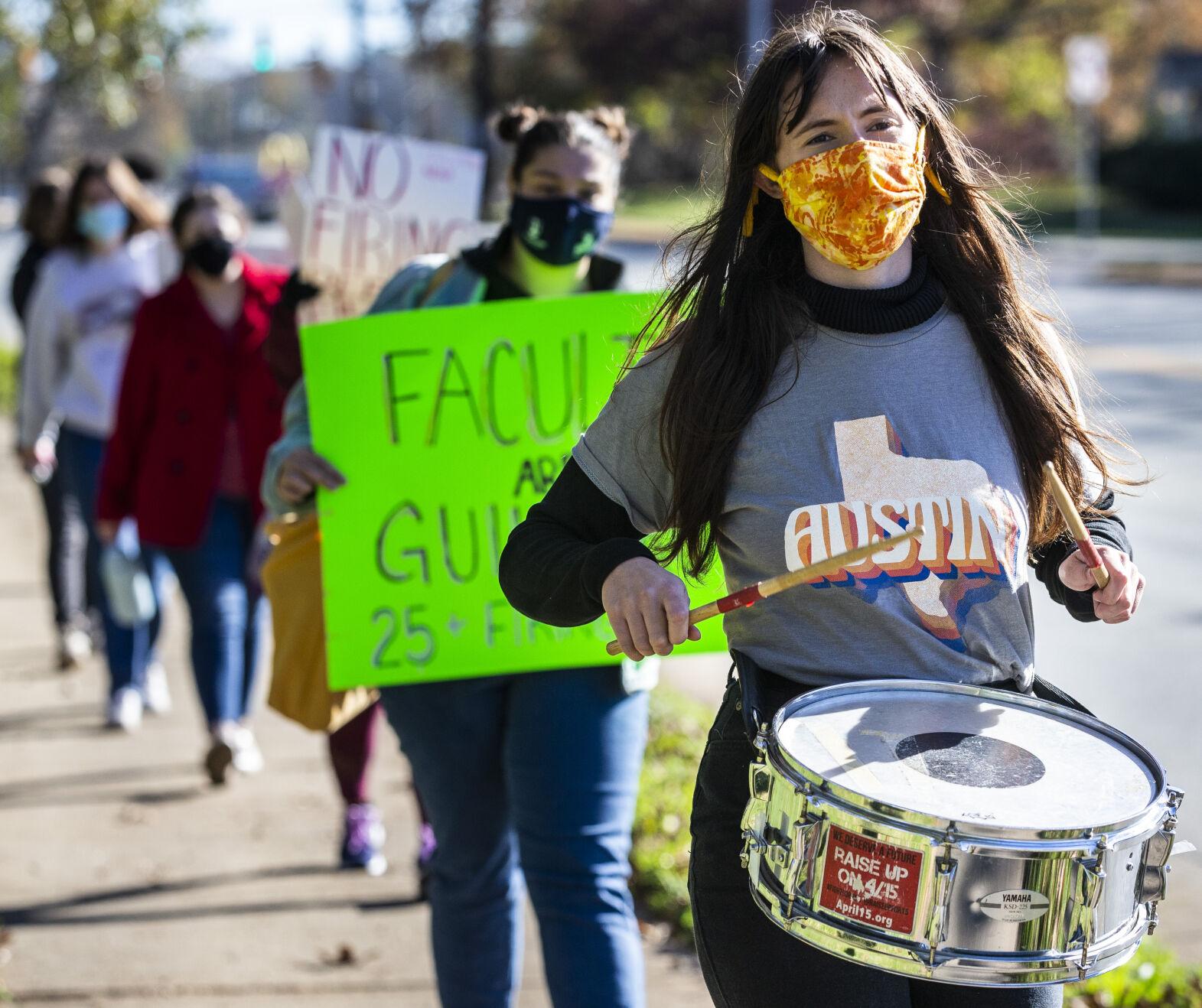 GREENSBORO — Guilford College has decided to pause before enacting significant changes to its academic programs and its faculty ranks.

Wednesday's brief announcement came after a trustees meeting the previous day and six weeks of intense pressure from faculty and alumni, who had urged Guilford's governing board to reconsider plans to shore up its finances by cutting nearly half of the college's majors and almost a third of its full-time faculty.

The private Quaker college posted Wednesday on its website a five-paragraph message from board chairman Ed Winslow, a Greensboro attorney who wrote that trustees met Tuesday to review "the significant feedback" they had received in recent weeks and "for a time of discernment" — a Quaker process for making decisions by discerning God's will for the community.

"In that spirit, we have asked (interim) President (Carol) Moore to pause implementation of the program prioritization while the board continues to listen and gather input from those of you who wish to offer it," Winslow wrote. "We are hearing particularly from alumni who are offering fundraising ideas. We are also hearing internally and from those in the wider education community who are offering ideas as well."

Winslow wrote that college trustees and others will continue to review the proposed changes and will reach out to faculty, staff and other Guilford community members "for further open collaboration and creative problem solving."

The board chair wrote that the board hopes to finish this process by March.

"On behalf of the entire board, we are deeply touched by the commitment, the effort and the meaning that everyone is bringing to our financial realities," Winslow wrote.

"We are on our way to a solution. It will not be easy, but worthwhile things never are. Please know that each of us remains engaged in this critical work that will allow the college to be both sustainable and hold true to our long-held traditions and beliefs."

Wednesday's announcement was seen as good news by critics of the college's plans to make sweeping cuts.

An alumni group calling itself Save Guilford College said its efforts to pledge money, lobby board members and spread the word about the proposed cuts led to the pause.

"We now have the opportunity as a larger community to come together and use all of our skills and expertise to tackle the problem of saving our college," the group wrote in a statement to the News & Record.

Maria Rosales, a political science professor and clerk, or presiding officer, of the college's faculty, said via email that she was "grateful" to the Guilford community members "who made clear that the interim president's plan was going to do far more harm than good.

"Many boards would have taken the easy route of simply doing what the interim president suggested, and I am glad that our board is using the Quaker practice of discernment and is rolling up their sleeves to work with us on realistic and just alternatives," Rosales wrote.

"This is the best of Guilford — a community, working together, using all of our expertise and experience to tackle serious problems."

The college said it would retain 23 of more than 40 academic majors and cut departments with low enrollment on campus or declining interest nationwide. The college also said it would eliminate 27 faculty positions, or 30% of its full-time faculty. Those cuts included the layoffs after the upcoming spring semester of 16 tenured professors.

The proposed cuts were the conclusion of what the college called program prioritization, or a review of the college's academic offerings. That process started in September, a month after Moore — who previously served as president at three other small liberal arts colleges — arrived at Guilford. She replaced Jane Fernandes, who stepped down as president this summer after six years.

The cuts also came as the college tried to stabilize its finances. Enrollment has fallen each year for the past 11 years to 1,429 students as of this fall. College leaders have said money borrowed to pay for campus construction and renovation, plus health and safety expenses related to the COVID-19 pandemic, have put additional pressure on the college's budget. The college has had two rounds of layoffs this year, and it furloughed about half of its non-faculty staff members for much of the spring and summer.

Shortly after the November announcement, the college's faculty approved a no-confidence vote in both the new interim president and the board — a first for the 183-year-old institution. The college's chapter of the American Association of University Professors demanded that trustees replace Moore with a new leader who valued the liberal arts.

The Save Guilford College group said it had collected more than $1.6 million in pledges from alumni, a spokeswoman for the group said last week, and more than 1,000 people had signed a petition urging Moore and trustees to reconsider the proposed cuts they said would destroy Guilford's long-held identity as a liberal arts college.

On Monday, a coalition of students, staff, faculty, and alumni put out an eight-page statement that laid out the reasons for why they're fighting to save the college and gave their suggestions for future action.

There had been signs in recent weeks that trustees seemed willing to reconsider Moore's proposals. Trustees held three virtual listening sessions with college community members earlier this month, and Winslow wrote Dec. 8 that trustees would meet this week to "weigh all alternatives.

"During this time," he added, "we are listening more deeply to all who make up the lifeblood of the College, and we are seeking to open fresh understandings of deeply held traditions."

The Syllabus: A quick P.S. on Wednesday's Guilford College news

Faculty members who might lose their jobs will remain in limbo through March.

Greenville native to be next chancellor of East Carolina University

New for next fall: two teacher preparation programs at GTCC

Pending state board approval, the Guilford County community college will begin enrolling students in the fall. More than half of the state's community colleges have similar teacher preparation programs.

The Syllabus: A no-confidence vote in Guilford College's leadership

Many faculty and students oppose the pending academic changes and faculty layoffs. One alumnus, meanwhile, says there needs to be less finger-pointing and more searching for solutions.

All five upcoming Bryan Series events will be held virtually

Though the format is changing, the dates and speakers remain the same.

Built in 1885, Archdale Hall (foreground) is the oldest building on the Guilford College campus. Hege-Cox Hall is in the background.