The Engineering Research and Innovation Complex will be named for Martin, A&T's chancellor since 2009.

GREENSBORO — For the past several years, N.C. A&T has referred to its forthcoming engineering building by its acronym, ERIC.

This $90 million facility, under construction on a prime corner of campus, now has a new name that honors A&T’s current chancellor who has devoted the majority of his life to both engineering and the university.

A&T announced Wednesday that the building will be called the Harold L. Martin Sr. Engineering Research and Innovation Complex. Martin, who earned two engineering degrees at A&T before working there as a professor, dean and vice president, has been the university’s chancellor for the past 11 years.

“It’s a shocking event — I must say that very candidly,” Martin said in an interview Wednesday. “It’s one which I’m most honored and humbled by.”

The naming recognizes the longest-serving current chancellor in the UNC System and someone who has been associated with A&T since he arrived on campus more than 50 years ago.

Martin, 69, earned his bachelor’s degree in electrical engineering from A&T in 1973 and his master’s degree in the same discipline two years later. After getting his doctorate from Virginia Tech, Martin returned to A&T as an engineering professor.

Martin served as a professor, chairman of the electrical engineering department and dean of the College of Engineering before moving into senior administration. After working as A&T’s vice chancellor for academic affairs, he was chancellor at Winston-Salem State University for six years, then a senior vice president for the UNC System for nearly three years.

He returned to A&T in 2009 as the university’s 12th chancellor and the first alumnus to lead the school.

During Martin’s tenure the university has become a powerhouse.

“There is no doubt that Chancellor Martin’s vision and passion for this university have played critical roles in the incredible ascent of A&T,” trustee and former board chairman Timothy King said in a statement put out by the university.

“In no place do we see that more than in engineering, which has been the foundation upon which the university’s national reputation has been built since his service as dean 30 years ago,” King added. “The Martin Complex will serve as a lasting testament to the difference his leadership made.”

Money for the Martin Complex was included in the $2 billion bond issue approved by voters in 2016 to put up new buildings at state universities and community colleges, improve state and local parks and fund other improvements across North Carolina.

A&T’s new engineering building is going up at East Market and Dudley streets on the former site of the Hayes-Taylor Memorial YMCA. The four-story building will be the first thing people see as they enter campus from downtown Greensboro.

Martin sees the building — which will focus largely on cutting-edge research across multiple engineering disciplines — as a key to A&T keeping its spot as the nation’s top producer of Black engineering graduates. He also said it’s a crucial piece in the university’s efforts to attract more students, more research dollars and more investments in the university and Greensboro’s east side.

A&T trustees approved the building’s name during the closed-door session at their Feb. 26 meeting but without telling Martin beforehand. According to Martin, trustees asked him to disconnect from the meeting’s Zoom call while they talked without him. “Don’t think of it as negative,” Martin recalled being told, and Martin waited and wondered at home.

After the meeting, Martin broke the news to his wife, Davida, on a walk near their Summerfield home. She cried and hugged Martin.

“It was a very emotional time for me personally,” Martin said.

It’s uncommon, but not unprecedented, for colleges and universities to name campus spaces for their leaders while they’re still in charge.

Elon University renamed a seven-building academic quad for Leo Lambert in 2018 during the last week of his 19-year presidency.

And in May, UNC-Charlotte renamed its 11-story building in uptown for Philip Dubois a month before he retired after 15 years as chancellor. (Martin, by the way, said Wednesday he has no immediate plans to retire.)

At A&T, campus buildings include the names of seven of the 11 presidents and chancellors before Martin. The Crosby, Dudley, Bluford, Gibbs, Proctor, Dowdy and Fort buildings are all named for former A&T leaders.

A&T plans to move into the Martin Complex this summer. Martin said his namesake building is scheduled to open to faculty, staff and students the Tuesday after Labor Day. A&T expects to hold a formal dedication ceremony sometime during the fall semester.

A&T’s new engineering facility will be the second university building in the area named for Harold Martin.

The university said commencement will be held May 9 at its football stadium on campus.

The Syllabus: COVID-19 on campus (cont.)

The numbers at Triad colleges and universities look pretty good. Duke University, meanwhile, has been swamped by a surge.

N.C. Senate elects 7, including Greensboro's Jimmy Clark, to UNC Board of Governors

Marty Kotis of Summerfield and Dwight Stone of Greensboro weren't reappointed to the UNC System's governing board.

The university has more Moderna doses than scheduled appointments.

There's no in-person celebration because of the pandemic, but the university set up a website to highlight notable alumni, friends and events.

Latest multimillion donation to N.C. A&T will go to its new equity initiative

A&T's Equity in Education Initiative hopes to improve academic performance of minority students and better prepare them for careers in business and engineering.

N.C. A&T and Winston-Salem State are among the campuses asking for a higher cap on out-of-state freshman admissions.

The Engineering Research and Innovation Complex will be named for Martin, A&T's chancellor since 2009.

The Harold L. Martin Sr. Engineering Research and Innovation Complex at N.C. A&T is scheduled to open in September. 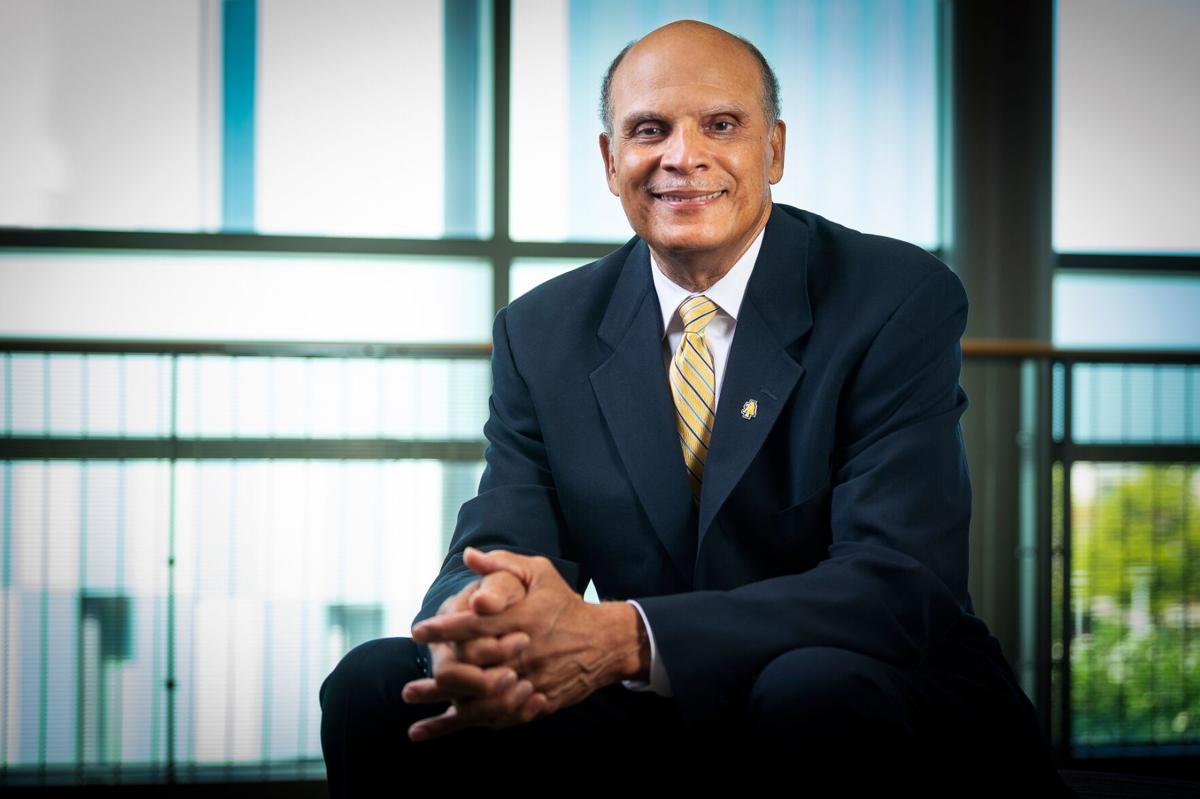