Weaver Academy struck for the third time since summer, prompting changes to the intersection
0 Comments
Share this
{{featured_button_text}}
1 of 4 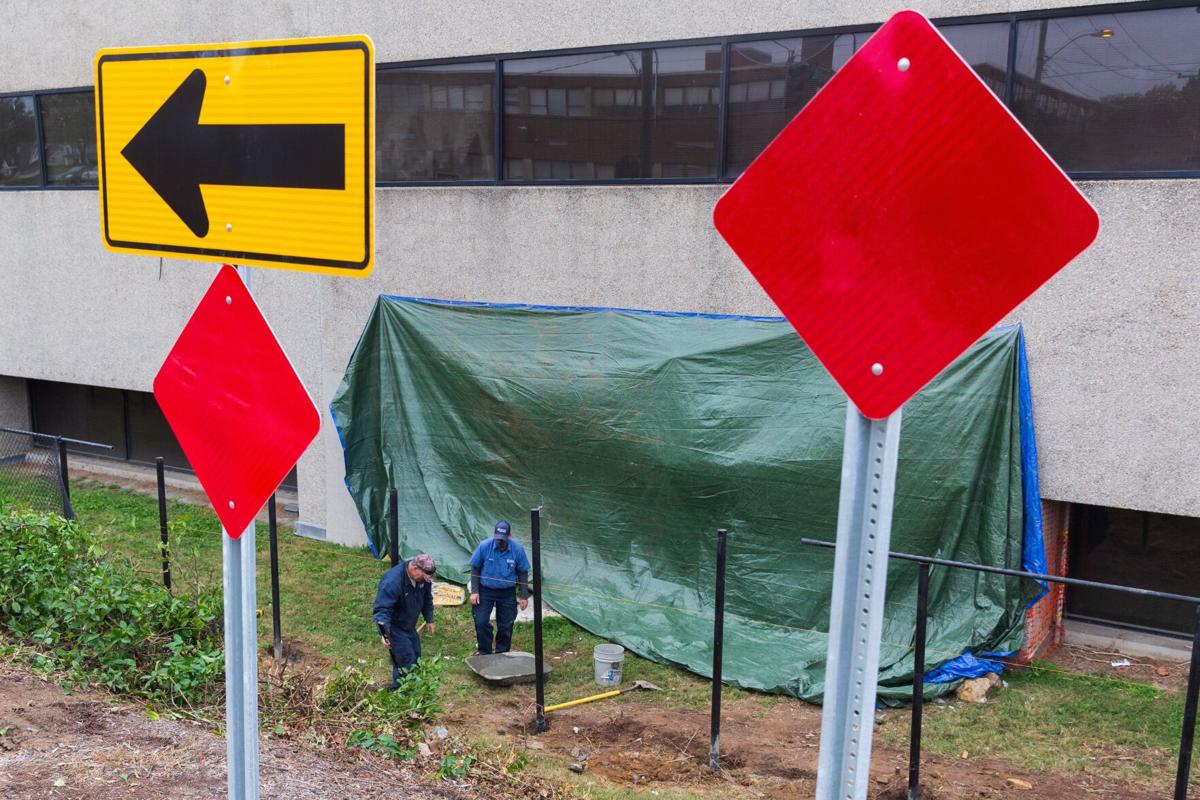 Workers mix concrete on Thursday as they cover a large hole in Weaver Academy after another car, the third this year, crashed into the building. 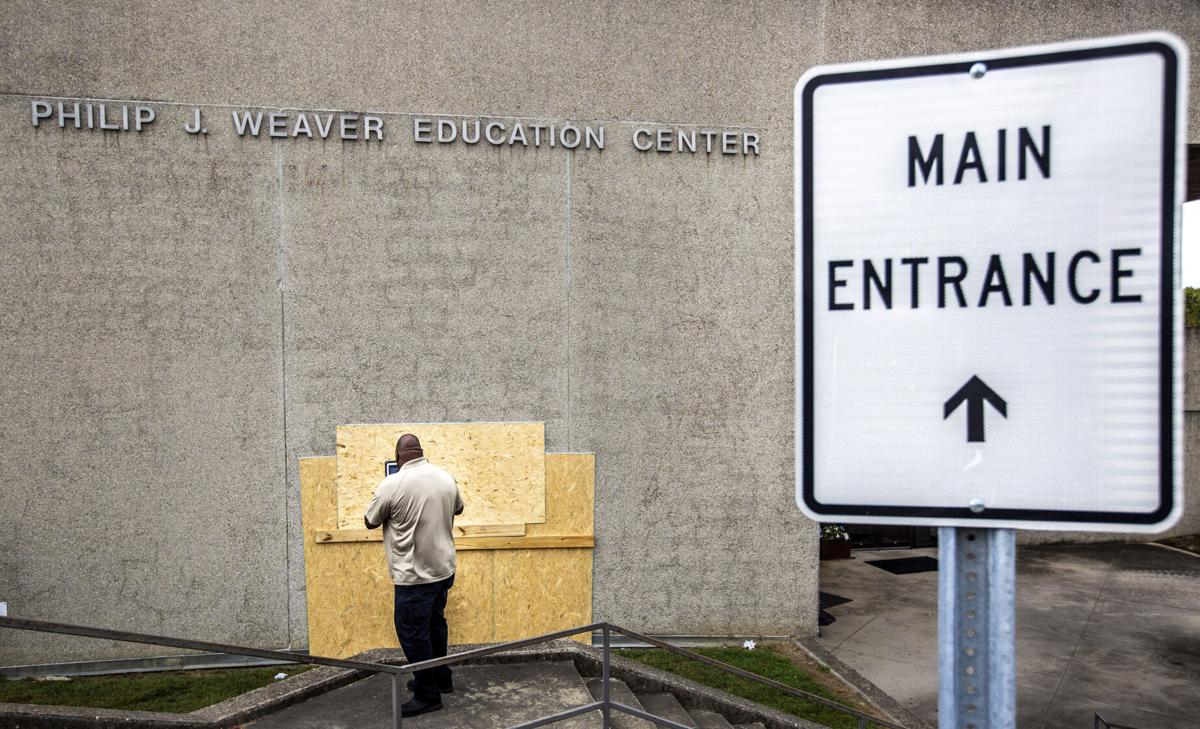 In the second crash at Weaver Academy on Oct. 7, workers boarded up damage later that morning. 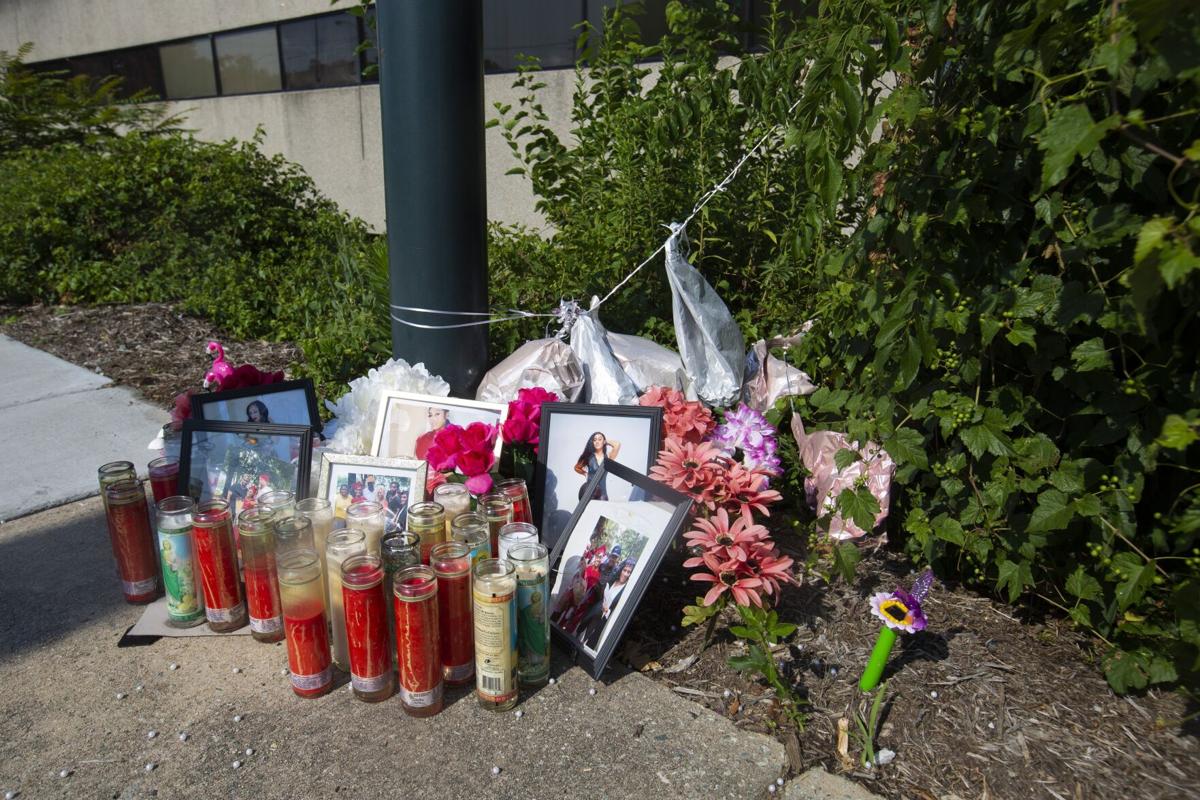 After the first crash at Weaver Academy in July, a small memorial was set up on the sidewalk for Makieya Rae Smith of Winston-Salem, who died in that wreck. 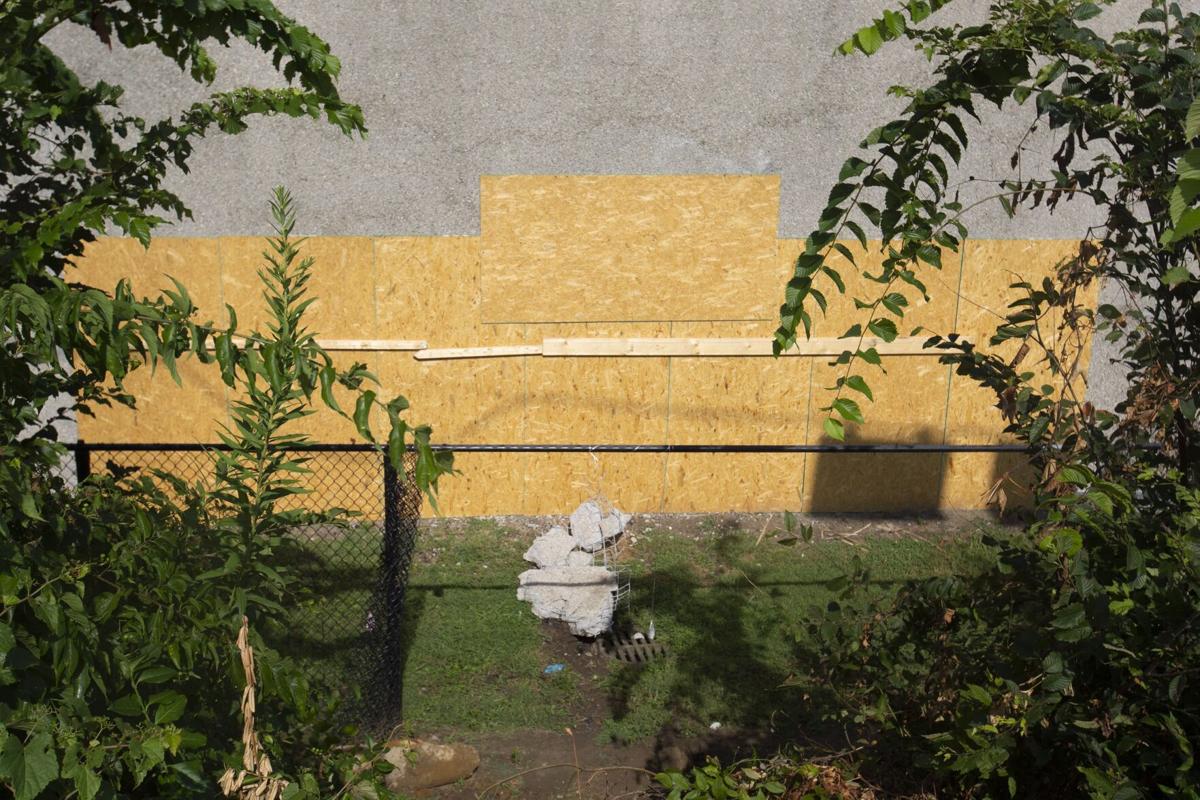 A crash on July 3 damaged Weaver Academy, leading city and school officials to discuss how to improve the T-intersection by the downtown Greensboro school.

GREENSBORO — Workers secured plywood to the side of Weaver Academy on Thursday afternoon, covering the opening left by yet another vehicle that's crashed into the school.

Behind the plywood is a classroom — one typically filled. But with repairs underway, students learned remotely Thursday.

Four incidents in four months. That's how problematic the intersection at Washington and Spring streets has become.

Thursday's accident marks the second time in less than a month that students couldn't be in class because of a car finding its way into the school. On Oct. 7, one plowed into the building shortly before 7 a.m.

On July 3, it was tragic: a 20-year-old woman was killed and three other people injured when a car drove through the intersection and struck the building.

There was another crash in the same area on Oct. 20. Though the car didn't hit the school, it did strike the fence between the street and building.

"We did not anticipate four different incidents to happen within the span of four months," said Michelle Reed, the chief operating officer for Guilford County Schools, during a press conference Thursday afternoon outside of Weaver. "It's really a shock to all of us."

Police identified the driver of the latest wreck — which happened shortly after midnight — as 35-year-old Michael Robert Loflin of Greensboro. Loflin was charged with driving while impaired, among other infractions.

Greensboro police spokesman Ron Glenn said Loflin left the scene of the crash, but was found a short time later.

"All of these incidents have had a trend of being early morning incidents before students got into the building," Reed said.

They also involve a school that sits a short distance from the road, which doesn't give drivers enough time to react if they're distracted or impaired while traveling through the nearby intersection.

Since the first accident in July, Reed said the school district has been in communication with the city about introducing new safety measures and signage around Weaver Academy to better alert drivers. Due to issues with suppliers, Reed said the process took longer than expected.

Before Thursday's accident, the city "actually had a plan for today to put the poles and the signage out," Reed said.

Greensboro's Department of Transportation refreshed intersection markings and installed in-street posts. The posts, acting as a barrier between the street and school building, should warn drivers they can't travel straight through the intersection.

The city said other traffic signage is being created and enhanced to include reflective backplates, making it more visible.

"We have to work with the city to determine when and if that can actually happen," Reed said.

According to Hanna Cockburn, the city's director of transportation, 18 crashes have occurred at the intersection of Washington and Spring streets since 2016. Though most were "low-grade" crashes, one involved a rollover.

Cockburn said she could only find a record of one other crash into the school building before this recent series of incidents.

"This cluster of crashes," she said, "is highly unusual."

Focus group: For Guilford students looking for an edge — or keep it — this is the place

Last month, the district launched learning hubs in all 15 of its traditional high schools. The hubs provide an opportunity for students to catch up on work and get help from tutors and teachers.

In a recorded message sent to parents Wednesday night, Grimsley principal Ged O'Donnell said the weapon was taken immediately and was not used to harm or threaten anyone.

Tuesday's vote followed what school board members referred to as thousands of emails from district staff to the school board calling for bonuses.

The remote learning days on Nov. 22-23 are the two days before the district's previously scheduled three-day Thanksgiving break.

Workers mix concrete on Thursday as they cover a large hole in Weaver Academy after another car, the third this year, crashed into the building.

In the second crash at Weaver Academy on Oct. 7, workers boarded up damage later that morning.

After the first crash at Weaver Academy in July, a small memorial was set up on the sidewalk for Makieya Rae Smith of Winston-Salem, who died in that wreck.

A crash on July 3 damaged Weaver Academy, leading city and school officials to discuss how to improve the T-intersection by the downtown Greensboro school.