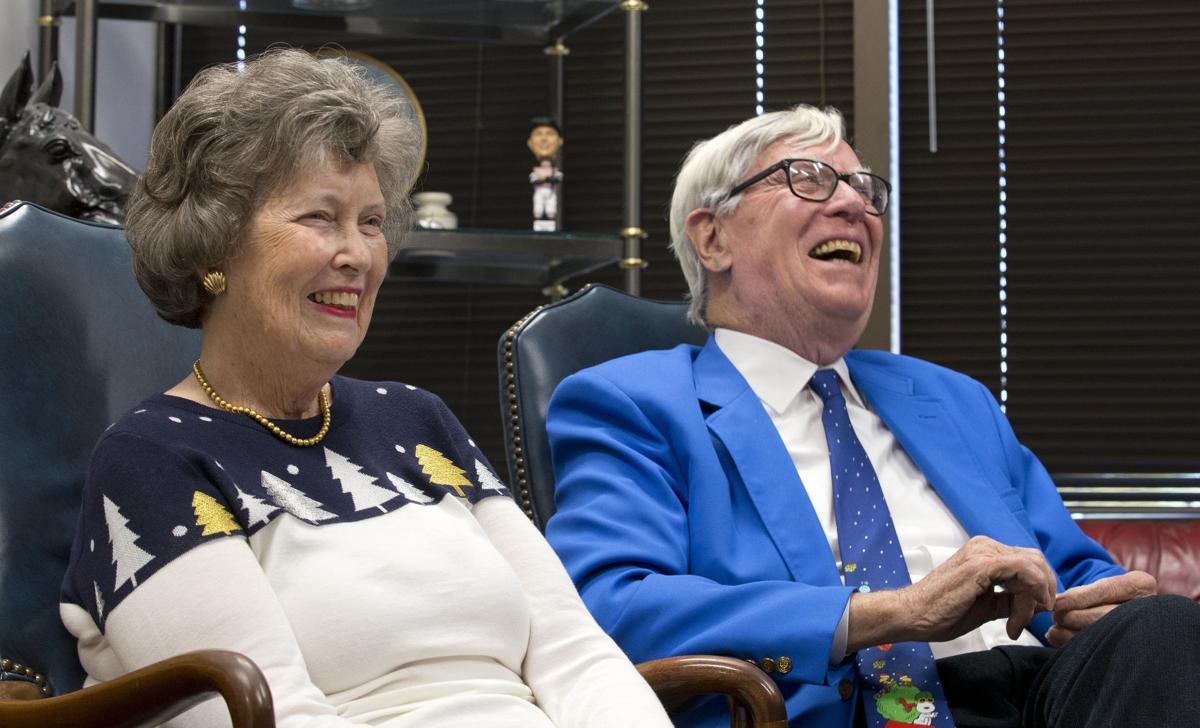 Don and Mary Gay Brady in Don’s office at Brady Services on North Church Street in Greensboro in 2017. 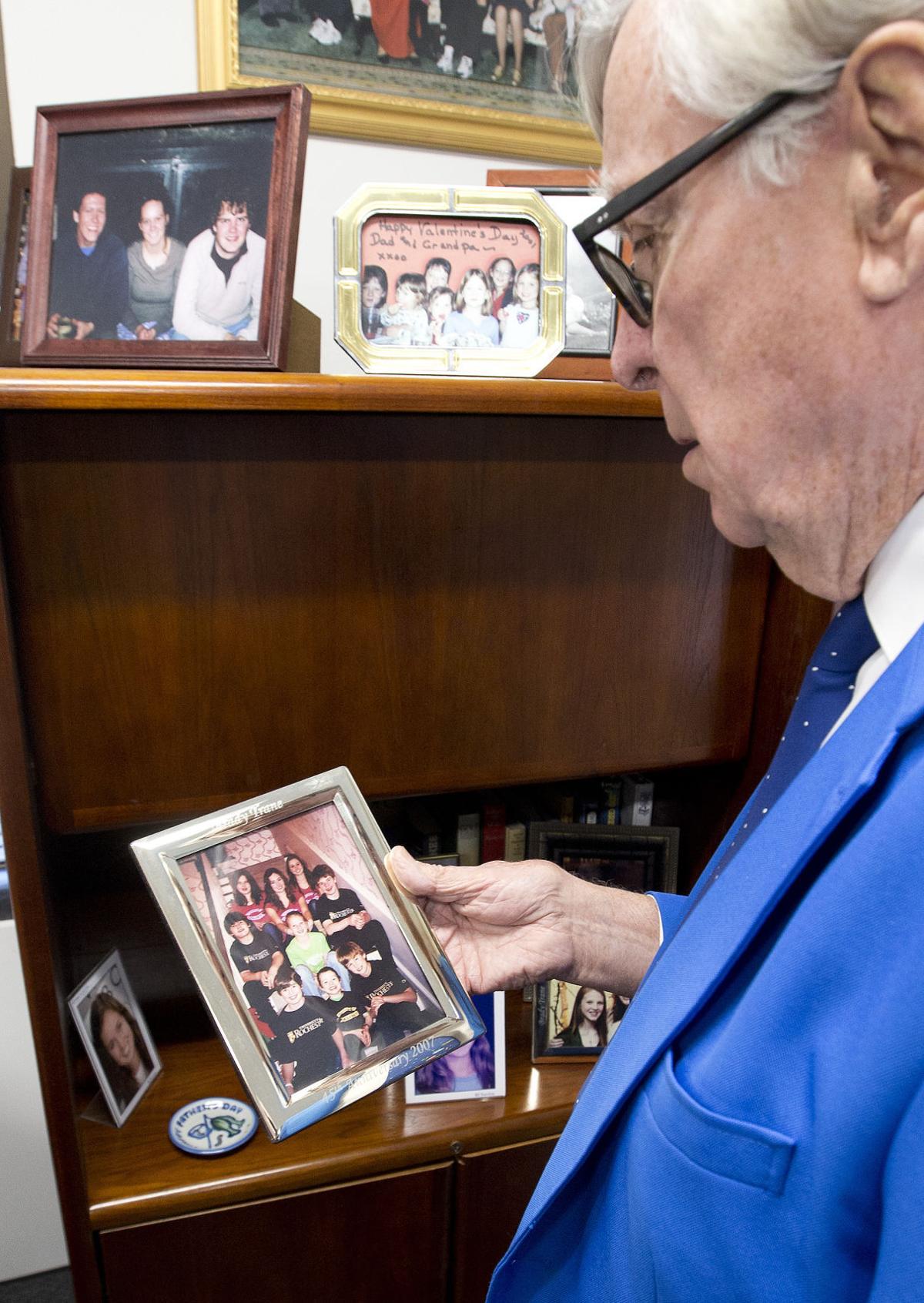 Don Brady with one of the many family photographs in his office in 2017. 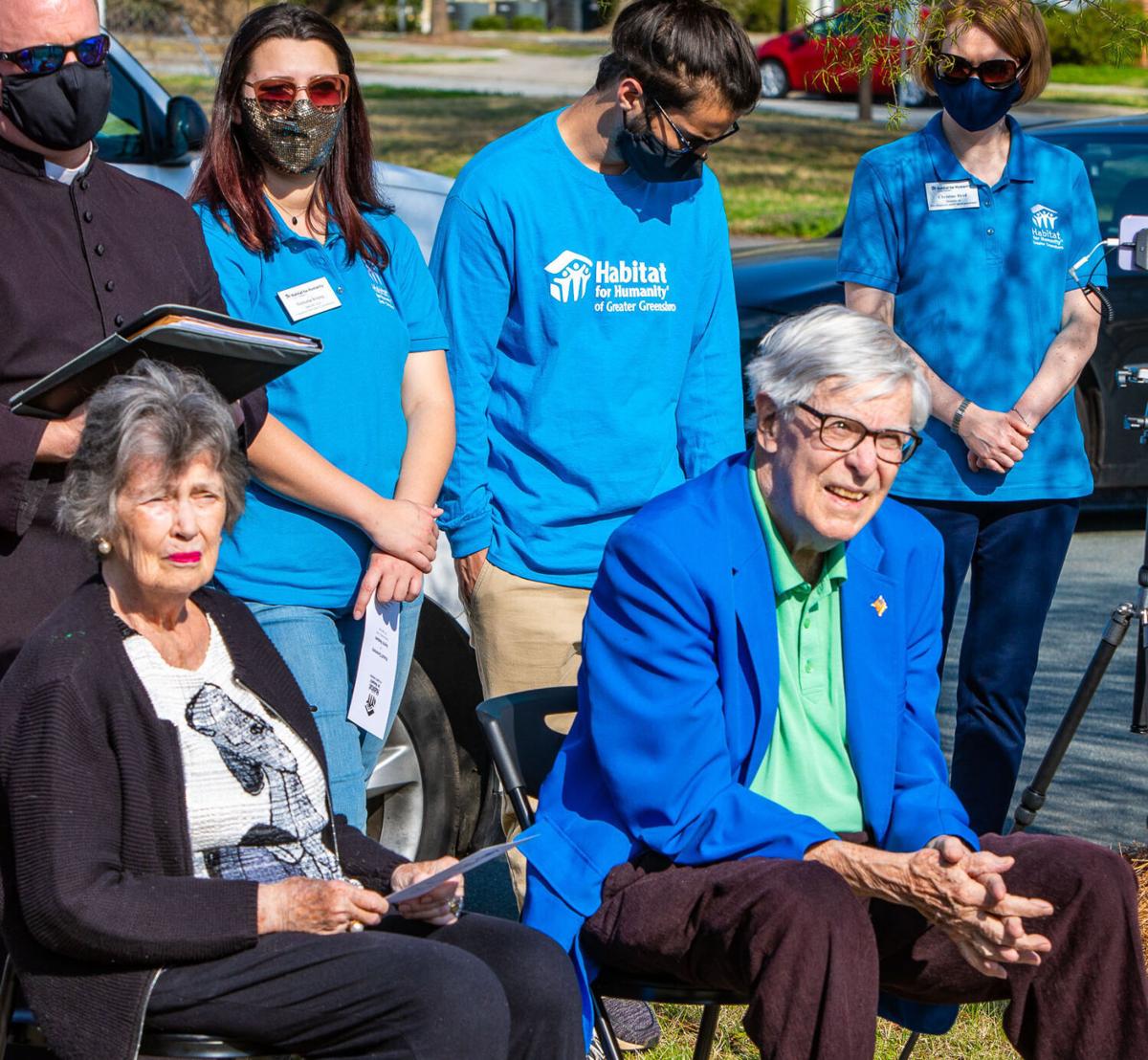 GREENSBORO — Growing up in Niagara Falls, Don Brady learned he’d have to work hard to be successful because of his family’s modest means.

But he also found out early on that getting a hand from well-meaning individuals can make a huge difference in a person’s life. And when his Brady Services became a Greensboro success story, he would help raise millions of dollars so others could get a chance to make their mark, too.

Brady, who died last week at 88, was active in the region’s top philanthropic causes well into his 80s.

Just over three years ago, Brady and his wife, Mary Gay, were the annual honorees for the Triad JDRF Gala, which raises millions for juvenile diabetes and is one of the highest-profile fundraisers in the region.

JDRF, formerly known as Juvenile Diabetes Research Foundation, became a special cause for Brady when one of his 14 grandchildren developed Type 1 diabetes.

Brady learned early on that when people were kind to him, he should pass that kindness along to the community.

He got a helping hand as a youth when he won a scholarship to the University of Rochester in New York.

Mary Gay Brady said three years ago that people learn to help each other based on their own experience. “If nobody did anything for you, you wouldn’t do anything for anybody else,” she said. “You’d be Scrooge.”

For Don Brady, working on community causes was a way of life. And he counted mentors such as the late businessman and community leader Stanley Frank as a person who set the bar for helping others. Frank was involved in charities throughout the community and was one of the key leaders who developed Piedmont Triad International Airport.

Before coming to North Carolina, Brady was working as a sales engineer for Trane, the heating and air conditioning manufacturer. His employer at the time showed him the value of kindness.

“He became a real mentor. He gave us our first TV,” Brady said in a 2017 interview with the News & Record. “First day I came to work he comes out in the parking lot and takes a look at my car and says ‘Brady, I’m not going to let you drive for me with those damned tires. Go up to Roth’s gas station and have four new tires put on and send me the bill.’”

Perhaps Brady’s biggest break was when he got the chance to open a Trane commercial franchise here in 1962.

Since then, Brady built the company into a well-known regional services company that handles big commercial jobs and small residential work. After learning to sell Trane products, Brady’s company expanded into providing service for equipment and the business grew.

Brady Services now employs 450 people in offices across the state.

Brady once told the News & Record that he believed philanthropy works through big and small gestures.

A member of Our Lady of Grace Catholic Church in Greensboro, Brady said he made it a habit to surprise someone at church nearly every week with a $100 bill.

“We went to the Spanish mass Saturday and there was an 85-year-old woman there,” Brady said once.

He gave her $100 on the spot and she started crying.

“That’s where you do things spontaneously,” Brady said, “and it makes you feel good.”

Another facility had two newly reported cases, according to the document.

Woman struck, killed on Business 85 in High Point after she got out of a vehicle during an argument

Another vehicle struck the woman as she walked along the highway.

At 3:47 p.m., emergency crews responded to the crash on Interstate 74 East near the East Martin Luther King Jr Drive exit.

Don and Mary Gay Brady in Don’s office at Brady Services on North Church Street in Greensboro in 2017.

Don Brady with one of the many family photographs in his office in 2017.