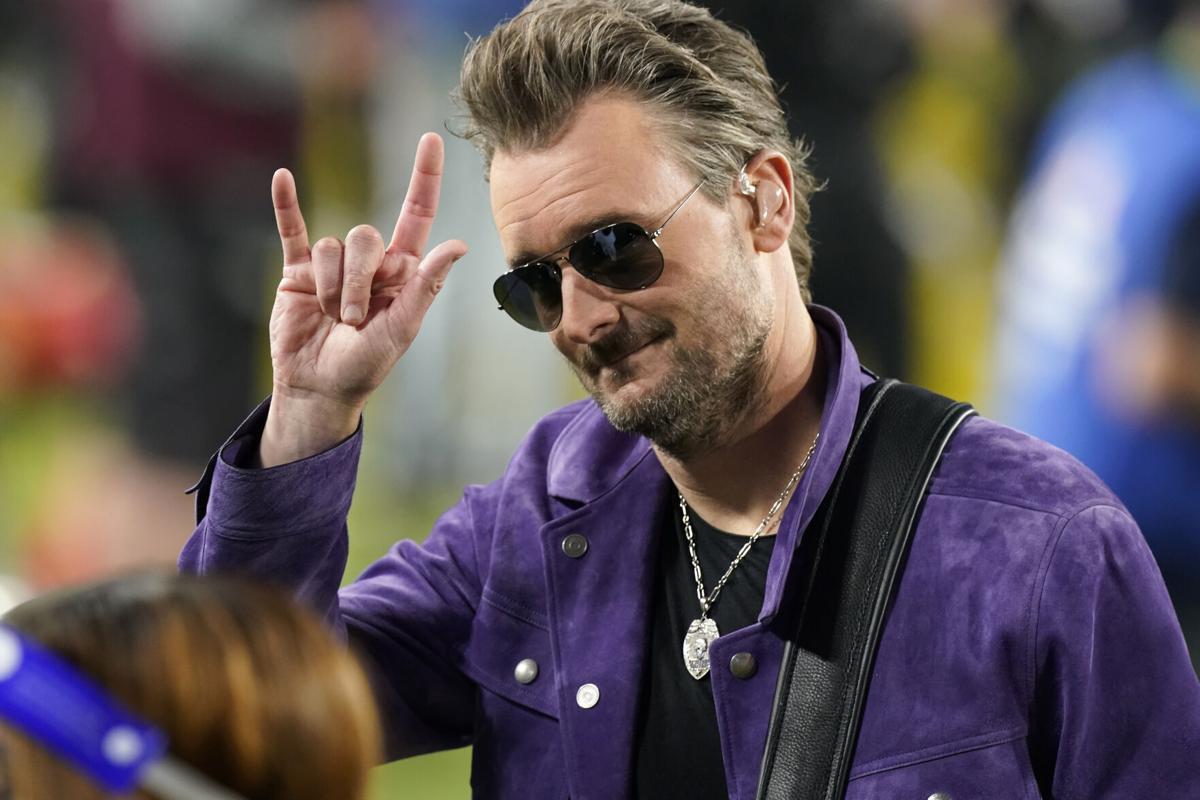 The 55-city North American Arena Tour, called the Gather Again Tour, will kick off in the fall and run through the Madison Square Garden Finale in spring 2022, the Greensboro Coliseum announced Wednesday.

Tickets to all U.S. dates go on sale to the general public at 10 a.m. May 7 at www.EricChurch.com. Church Choir members may access tickets early via pre-sale at 10 a.m. May 4. On-sale information for the Canadian dates will be announced soon.

Church’s concert on May 20, 2017, at the coliseum ranks 10th in coliseum history for its attendance of 20,313, said Andrew Brown, coliseum public relations manager.

Making the most of the long-awaited opportunity to “gather again,” for the first time in his career Church will adopt an in-the-round set up, with the stage at the center of each arena floor in order to accommodate as many fans as possible.

Church, praised by Rolling Stone in the lead review of the April 2021 print issue for how he “has maneuvered the Nashville system, remaining dedicated to the power of down-the-center hitmaking even as he’s helped expand the parameters of the genre,” has passionately taken a leadership role in the industry’s return to touring.

“It became very clear to me that the only way to really get back to normal is through vaccinations. You’ve got to get needles in arms,” he shared with Billboard in the April 3 cover story depicting the superstar getting his own second dose of the vaccine after consulting with epidemiologists and industry experts.

“I just want to play shows,” he continued. “Politics’ job is to divide — that’s how you win elections. Those things that unite us are music and sports. The times when, whether you’re a Democrat or Republican or whatever, you throw your arm around the person next to you. We need that. I need that.”

Additionally, Church will appear in an upcoming PSA promoting vaccine education, produced by ACM Lifting Lives, The Ad Council and COVID Collaborative and set to premiere during the ACM Awards broadcast on April 18, where Church will also perform a song off his upcoming Heart & Soul triple album project.

Three men have been charged with felony breaking and entering into the Valero convenience store on Northwest Boulevard, according to a release from the Newton Police Department.

From May 14-16 and May 19-23, life-size, roaring and moving mechanical dinosaurs will roam free on the coliseum grounds.

School of rock: Music video from Irving Park students is their way of telling teachers 'thank you'

Vice President Kamala Harris will visit both Greensboro and High Point to talk about the American Jobs Plan, growing the economy and creating jobs, a White House official said. It will be her first trip to the state since becoming vice president.

The group is looking to attract back to the city those between the ages 30 to 55 who were born here or attended college here, or professionals who formerly lived here. Earlier this month, it announced that 10 people had returned or committed to returning.

For shooting victims, time is precious. But some end up at a hospital that can’t save them.

In North Carolina, there are 17 hospitals with trauma center designations. Of the state’s 15 most populous cities, High Point, the ninth largest, is the only one without a trauma center.

Ask a Reporter: Where is my stimulus payment?

Also in this Ask a Reporter, "If you changed your name when you got married, do you need your marriage certificate to get a Real ID?"