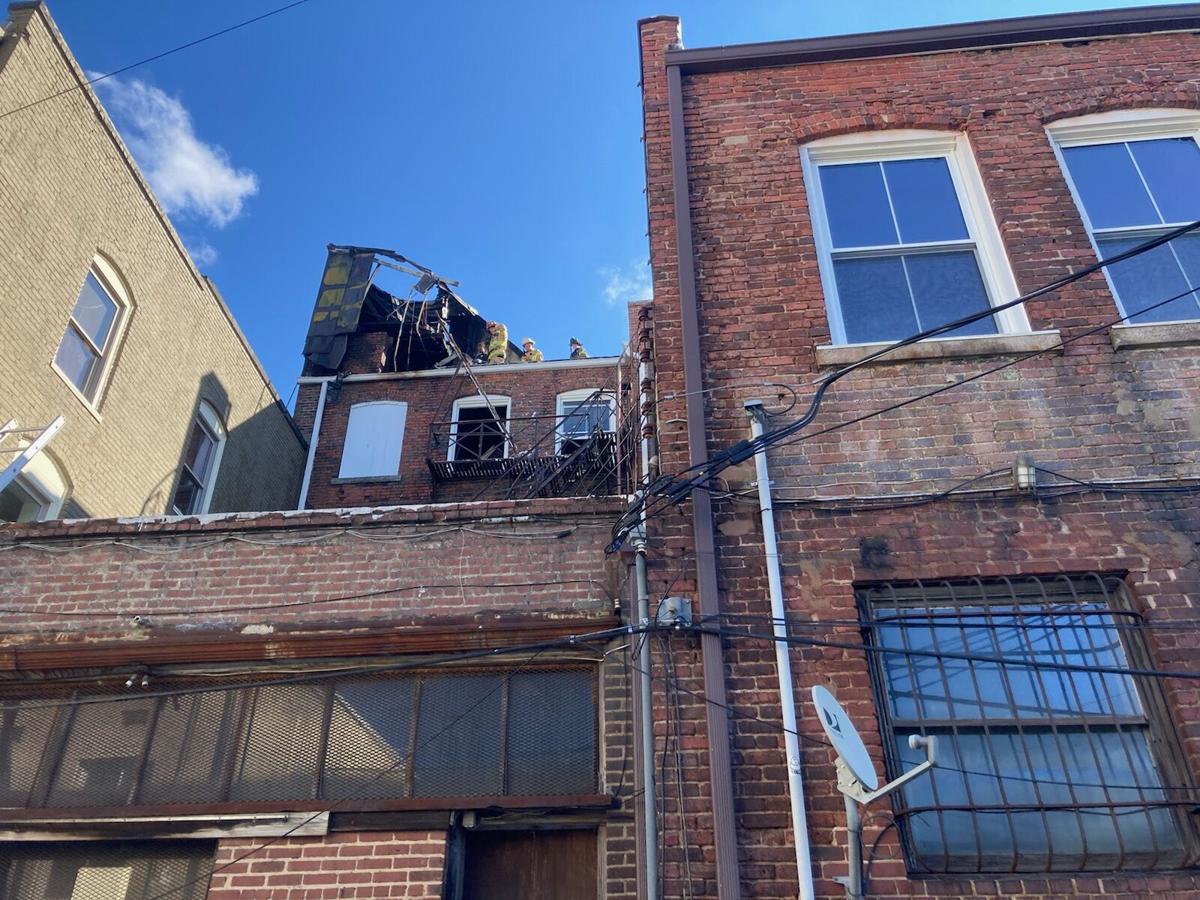 Greensboro firefighters put out a blaze on top of the vacant Miller Furniture building in downtown on Friday morning. 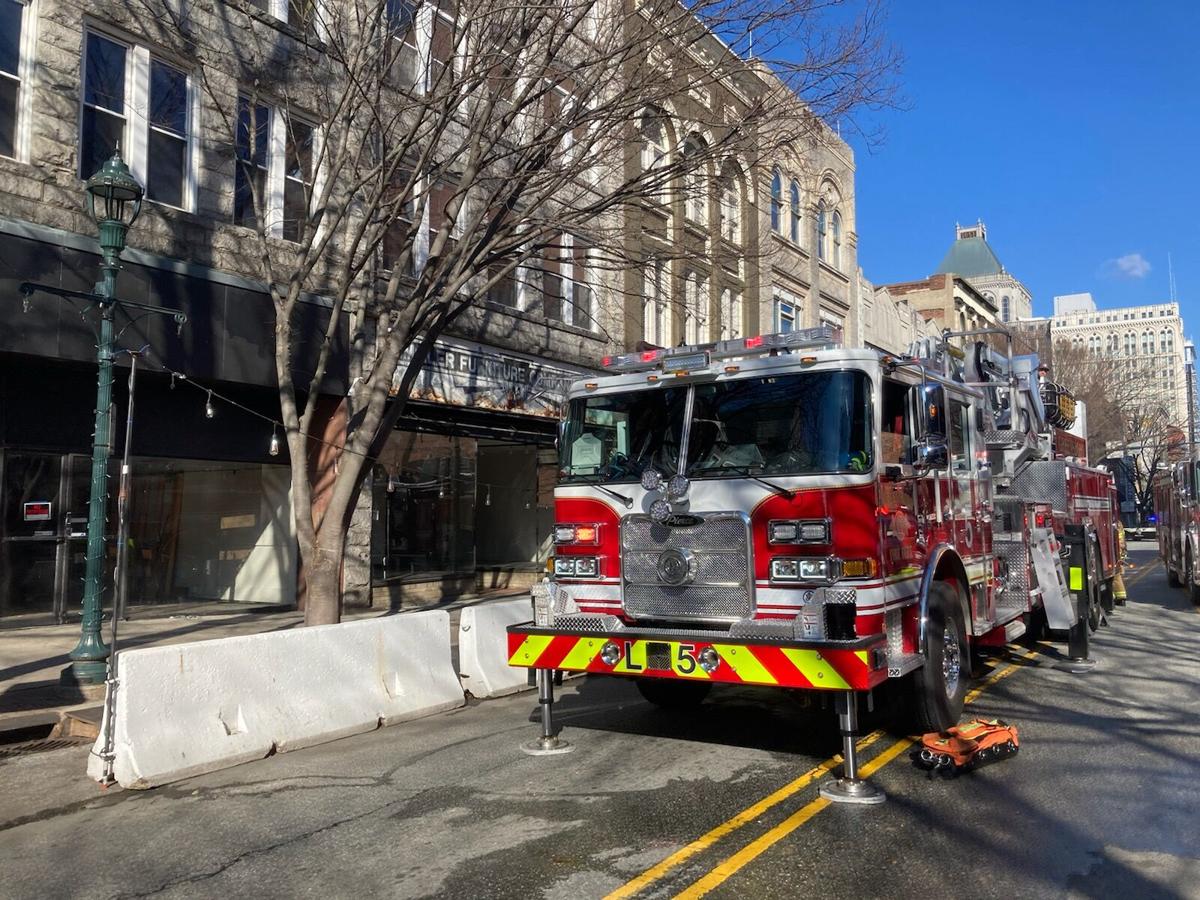 Firefighters put out a blaze Friday morning in a fourth-floor elevator room in the vacant Miller Furniture building in downtown Greensboro.

GREENSBORO — Firefighters responded to a fire downtown this morning at the vacant Miller Furniture building.

A fourth-story elevator room was completely engulfed by flames before firefighters put it out, officials said at the scene. The building is across the street from Cheescakes by Alex on South Elm Street in the heart of downtown.

South Greene and South Elm streets were blocked off from McGee Street to Washington Street during the investigation.

There have been no reports of any injuries, police said earlier Friday in a news release.

WATCH NOW: Bruce Miller sits down to talk with Oscar nominee Diane Warren about her success

Blinken: No concessions to Russia on Ukraine

Blinken: No concessions to Russia on Ukraine

After years of ignoring it, Gov. Cooper signs a proclamation for School Choice Week

For the first time during his tenure, Cooper has issued a proclamation declaring Sunday through Jan. 29 as “North Carolina School Choice Week.” The proclamation is a surprise, considering Cooper’s opposition to the state’s private school voucher program and his concerns about expansion of charter schools.

Investigators are trying to determine where and why the woman began driving the wrong way on Interstate 40 before her vehicle struck another head-on.

The museum at 220 N. Church St. received the $1.25 million from Frank and Nancy Brenner. It's the largest gift from a single donor in its 23-year history. The museum will be renamed to honor Frank Brenner's late mother.

GREENSBORO — Due to inclement weather, the City of Greensboro is revising its solid waste collection for the week of Jan. 24, officials said i…

More snow in the Triad? It could come Friday, forecasters say.

The Triad could see its fourth measurable snowfall of 2022 Friday, forecasters say.

Lance Ray Miller is charged with misdemeanor death by motor vehicle, driving while impaired, and careless and reckless driving.

Laura Peeples Tew died a little over a year ago, just before her 101st birthday, and donated the money as part of her estate.

The road surface condition in the area of the crash, from the recent winter storm, may have contributed to the accident, troopers said.

The developer heard what the children in those families had to say about wanting to finish the school year there, said Marc Isaacson, an attorney representing the company Owls Roost Properties, which is under contract with the sellers to buy the 3-acre location in the shadow of UNCG and plans to build multi-family housing units there.

Authorities say the person was considered to be in stable condition when taken by ambulance to a local hospital for treatment.

Greensboro firefighters put out a blaze on top of the vacant Miller Furniture building in downtown on Friday morning.

Firefighters put out a blaze Friday morning in a fourth-floor elevator room in the vacant Miller Furniture building in downtown Greensboro.